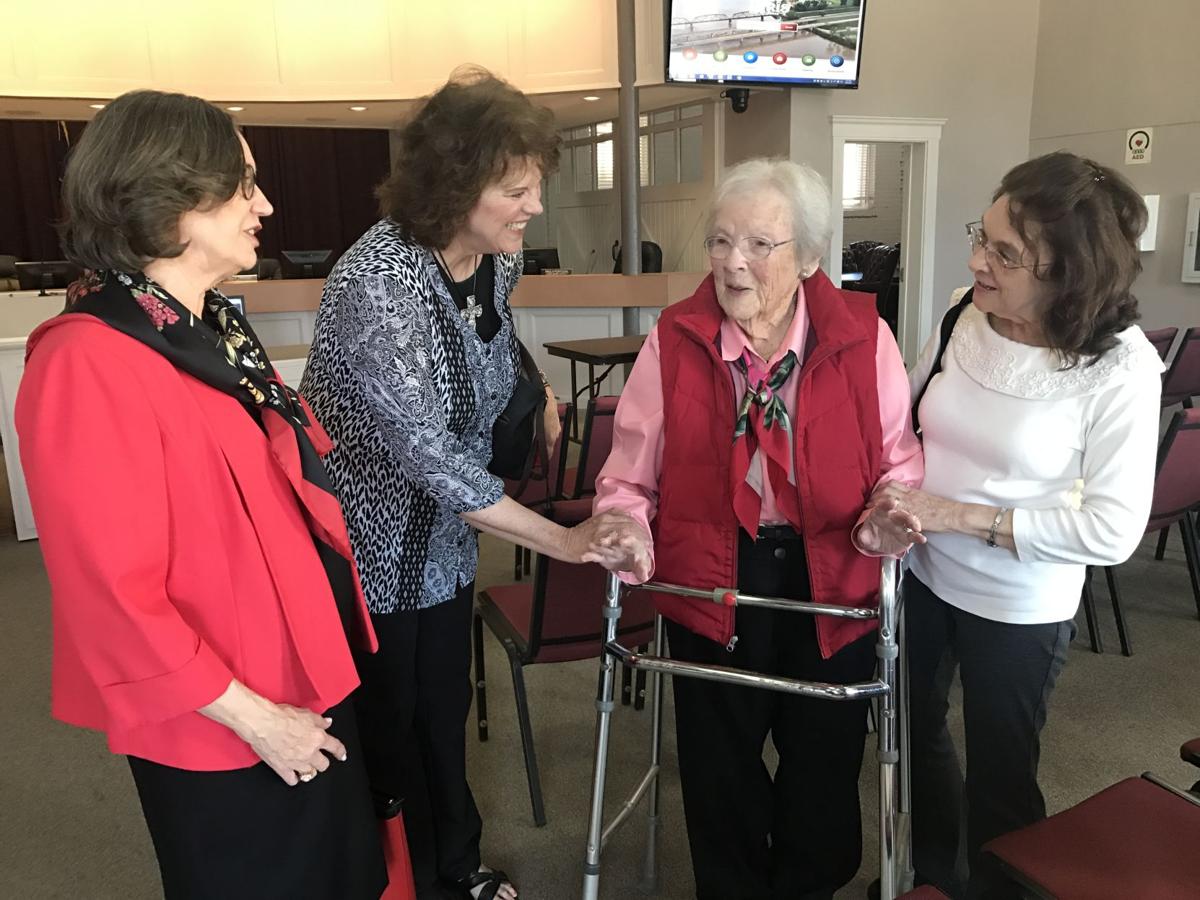 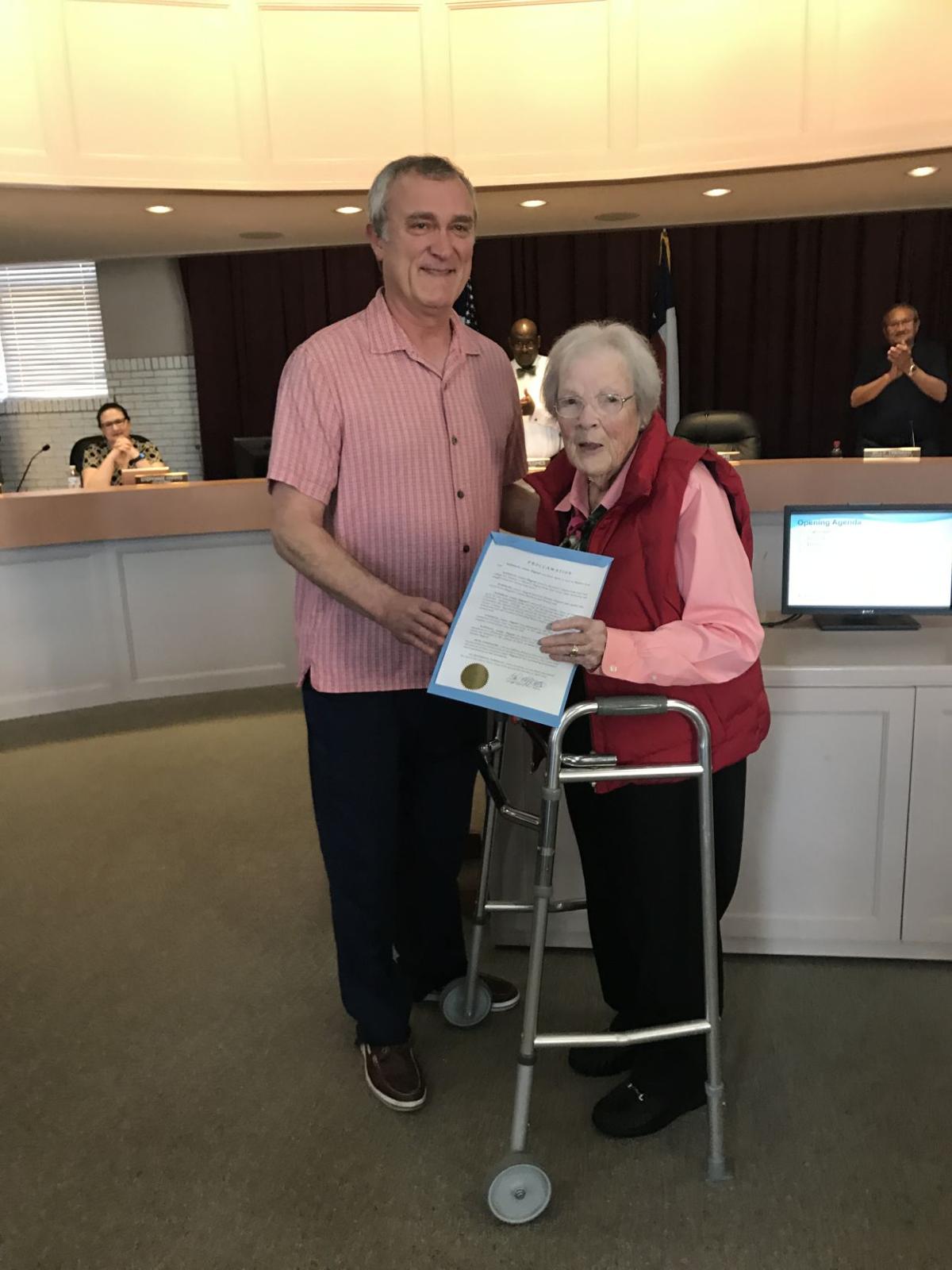 In honor of her contributions to the city, Paris City Council honors Louise Hagood with a proclamation last week.  Pictured with Hagood is Paris Mayor Steve Clifford. 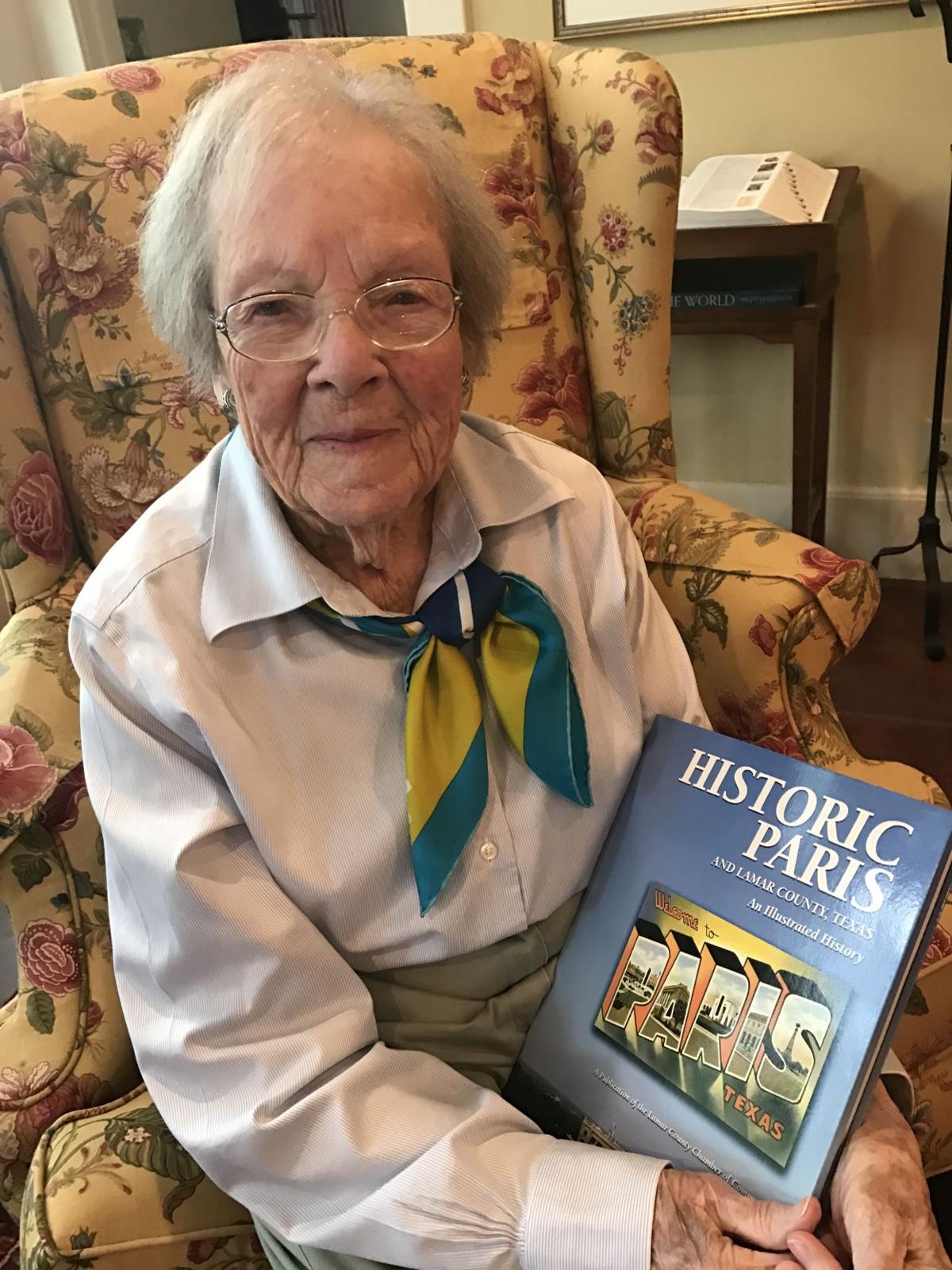 Hagood holds the book “Historic Paris,” which contains her contributions.

In honor of her contributions to the city, Paris City Council honors Louise Hagood with a proclamation last week.  Pictured with Hagood is Paris Mayor Steve Clifford.

Hagood holds the book “Historic Paris,” which contains her contributions.

“Paris has a lot of history, and it deserves to be remembered,” she said from her home on Fitzhugh Avenue on Thursday, a day after her 99th birthday.

“Having been born in a big city, I’m just delighted with Paris,” the Houston native said. “My husband used to joke that he hoped everyone didn’t find out how lovely Paris is or there wouldn’t be any room here.”

Louise moved here in 1948 with her husband, Thomas M. Hagood Jr., and taught history at Paris High School for 22 years.

“I often say Paris is the center of the universe,” Louise said. “I love it here, and I wouldn’t choose to live anywhere else.”

After her husband’s death in 2008, Louise placed in his memory a 15-foot tall Verdin street clock on the eastern side of the Plaza.

“He would say he remembered a clock down there as a child, and it just didn’t look like a true square without it,” Hagood said. “So after his passing, I saw where he had been pricing one online, and I knew what he would have wanted.”

Because of her love of history, Louise wrote several applications for state historical monuments including the downtown marker in tribute to the 1916 fire, one at Central Presbyterian Church and one at the former Farmers and Merchants Compress property at the corner of 1st Street SW and Hearne.

She continues to record history as she works on a book about the historical importance of Fitzhugh Avenue.

“The cogs who ran Paris lived on this four-block area,” Louise said of the blocks north of Pine Bluff Street.

Early last week, the city of Paris recognized Louise for her dedication to the community with a proclamation, noting “her countless hours of volunteer work.”

“I don’t know why you are doing this — because I am old?” Louise quipped before expressing appreciation. “I am very humbled, and I appreciate it so much.”

Active in her church, she continues to serve as treasurer for Central Presbyterian Day School as she has for 43 years.

Community leader and historian, Louise Wimberly Hagood died Friday at the age of 99 years and eight months. Funeral services are at 10:30 a.m. Friday at Central Presbyterian Church with burial at Evergreen Cemetery. Visitation is scheduled from 5 to 7 p.m. Thursday at Fry-Gibbs Funeral Home.