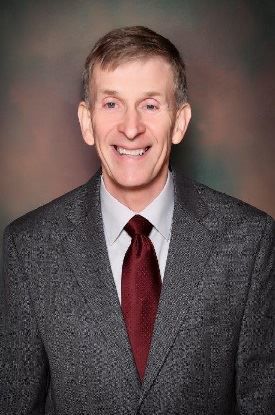 A week after he was suspended with pay, John Godwin resigned his position as Paris city manager.

Godwin sat with his wife for about an hour in a sparse audience at the 5:30 p.m. meeting while councilors met behind closed doors. The former city manager then met privately with City Attorney Stephanie Harris while council sat in recess, according to Mayor Steve Clifford.

After an hour’s recess, the council voted 6-0 to approve a separation agreement. Councilman Bill Trenado was not present as he was hospitalized due to illness. Terms of that agreement are to be made public after Godwin signs the document.

“Paris is a great community, and I have been blessed to have lived and worked here,” Godwin said after the meeting. He gave no indication of future plans.

Because of the resignation, there is no resolution detailing grievances the council had with the former city manager. However, councilors spoke privately in phone conversations with The Paris News, giving some insight to concerns that led to a 4-2 vote last week to suspend him.

Clifford said he believes the council acted in the best interest of the city, and he is pleased the council and Godwin reached an agreement without the need for a public hearing.

“We were prepared to make a resolution listing our grievances with Mr. Godwin had the negotiation broken down,” Clifford said about a resolution the city charter requires had the council and former city manager not reached an agreement.

“I think John had a good run at the City of Paris, but I think it is time for a different management style,” Clayton Pilgrim said. “We’ve looked at John’s management style, and without getting out of line, that is just what we thought. It is time to move on, and John will do great wherever he goes.”

Linda Knox said she stands by the city council’s decision.

“This was a difficult decision to make, but I stand firmly stand by it and I look forward to finding an individual who has a leadership style that is reflective of the positive and encouraging work ahead of us,” Knox said. “I’ve always tried to put what is in the best interest of Paris, Texas, first, and this is it.”

Paula Portugal was a bit more specific, saying Godwin’s leadership style was based on fear.

“Fear is not a proper motivator,” Portugal said. “Going forward, we need to find a city manager who uses positive reinforcement to lead our city.”

Councilors Derrek Hughes and Renae Stone, who cast the two votes against suspension last week, said they were in favor of Godwin’s resignation because the former city manager received adequate compensation in the separation agreement.

“I voted against the suspension because I did not feel the council did due diligence because there was no paper trail to back up allegations against him, and we did not give Mr. Godwin the opportunity to correct himself,” Stone said. “But, if he is happy with the package, then I am OK with it as well.”

Stone said she believes the city’s problem lies more with the human resources department than with the city manager.

“In the seven years John has been city manager, they say people were unhappy with him, but out of 335 city employees, not one person went to HR to complain on him,” Stone said. “We need to find out what’s wrong with our HR because if people are scared to go to the HR there is a problem. During the investigation with the lawyer (outside attorney), he didn’t get back-up information. The problem is with HR, not the city manager. That is why I was totally against the suspension.”

Hughes said Godwin made a wise decision in resigning.

“They (majority of council) had the votes to terminate him and after speaking with John we wanted to do what is best for him and the city,” Derrek Hughes said. “He resigned with the severance package offered, so it didn’t make the city look bad or John look bad. If he was happy with that, then I was satisfied.”

“We have a good group, and we have a good staff,” Anderson said. “We’ll do fine, and I am sure the council will start looking for a permanent replacement very soon.”

This is the third time Anderson has been called upon to serve as interim city manager. He served from January 2011 after the resignation of former city manager Kevin Carruth until Godwin was hired in March 2012. He served again from June 2013 through August 2013 during a time Godwin was on sick leave.

Paris councilors should be thanked for their candor and their efforts to be as transparent with residents as they could be on this matter without a public hearing.