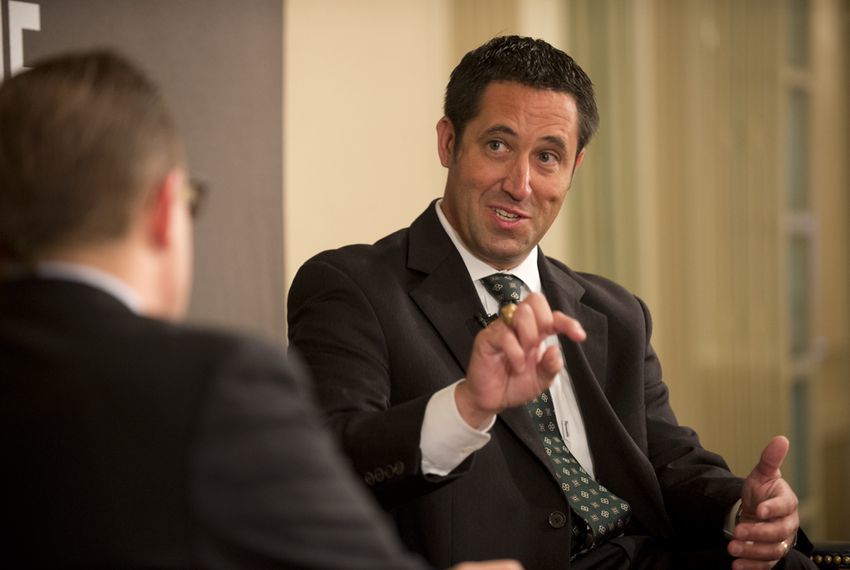 “This is taxation without representation,” says Texas Comptroller Glenn Hegar.

Sometimes, the best way to challenge something is to notice it.

Texas Comptroller Glenn Hegar has proposed a change in the state’s tax rules that could scramble how online sales taxes are collected across the state. Under current law, local taxes on the things Texans buy online go to cities where the sellers are — or say they are. And those tax proceeds are often split by the cities and the companies. In other words, some companies are collecting sales taxes and then getting a portion of them back because they have a deal with a particular city.

“Nobody knows about this,” Hegar says. “This is taxation without representation.”

He has proposed sending the tax money from online sales to the buyer’s location, booting up a discussion that might eventually blossom into a reconsideration of how sales taxes work in Texas.

Right now, it’s stirred confusion. It’s also brought some light to a longstanding practice that doesn’t sit right with some voters — especially if you tag it with slogans like “taxation without representation.”

Picture this moment from Wednesday’s legislative hearing on taxes: Two first-term state representatives, James Talarico of Round Rock and Erin Zwiener of Driftwood, came to talk in opposition to a proposal on internet sales taxes from Hegar’s office.

They were alike in several respects: Young freshmen lawmakers from Austin-adjacent districts, digital natives in a Texas Capitol where that’s not necessarily the norm, arguing against a proposed change in the rules on behalf of big companies with ties to their districts.

In Talarico’s case, the retailer in question is Dell, headquartered in Round Rock, employer of thousands of local residents who use city services and infrastructure financed, in some measure, by sales taxes on the computers and other electronics the company sells online. Buy a Dell online in Austin, and the local sales taxes go to Round Rock. By Talarico’s reckoning, which he shared with the members of the House Ways and Means Committee at a public hearing, that money belongs in Round Rock because that’s where the company and a lot of its employees are.

Maybe you think the local sales taxes from those sales should go to Austin, maybe not. But Talarico got some heads in that room nodding assent.

Zwiener’s district includes San Marcos, about an hour south on Interstate 35, which Best Buy chose as the location of its Texas online sales. That means the appliances or electronics bought online by Texans from that chain generate sales taxes for San Marcos instead of for their own cities. A big difference between the two examples is that Best Buy’s operations center has fewer than 100 employees, isn’t a headquarters and exists, more or less, as a physical anchor for its sales tax setup.

Those two cities — and they’re just examples of a practice allowed by state law for more than 20 years — attracted those businesses by offering to effectively share the local sales tax proceeds with them.

Retailers collect sales taxes from customers and remit them to the government. The state gets 6.25 cents on every taxable dollar you spend, and local governments get up to 2 cents on top of that. The law allows cities to share some of the money they collect to encourage economic development, and some do that by giving a retailer some of that local tax as an incentive for the retailer to locate in their city.

It’s good for San Marcos to be the host for Best Buy’s online Texas sales, even if it has to share the tax money with Best Buy. Same for Round Rock and Dell.

In Round Rock’s case, the presence of a big company with a lot of employees requires some expenditures from the city budget. Those employees who live in Round Rock are using the parks and the libraries and the police, and the money’s got to come from somewhere. Meanwhile, cities like San Marcos get a free ride, with relatively small retail operations generating piles of tax income without also bringing thousands of employees who’ll need city services.

Talarico has a more sympathetic argument than Zwiener. But both of them, like most of the rest of the legislators in Texas, have cities in their districts that are losing money because of the way online taxes are distributed now.

And all of them have constituents who shop online, and who might be surprised to learn that the taxes they pay on the things they buy might be benefiting Texans in cities that are far, far away.

Ross Ramsey is executive editor and co-founder of The Texas Tribune, where he writes regular columns on politics, government and public policy. He can be reached at rramsey@texastribune.org or 512-716-8611.

Voter suppression, incompetent administrators, dirty political tricks, and misinformation and political rhetoric attacking the results of elections present threats to elections and democracy, a new book argues. It came out on the day of the Iowa caucuses.