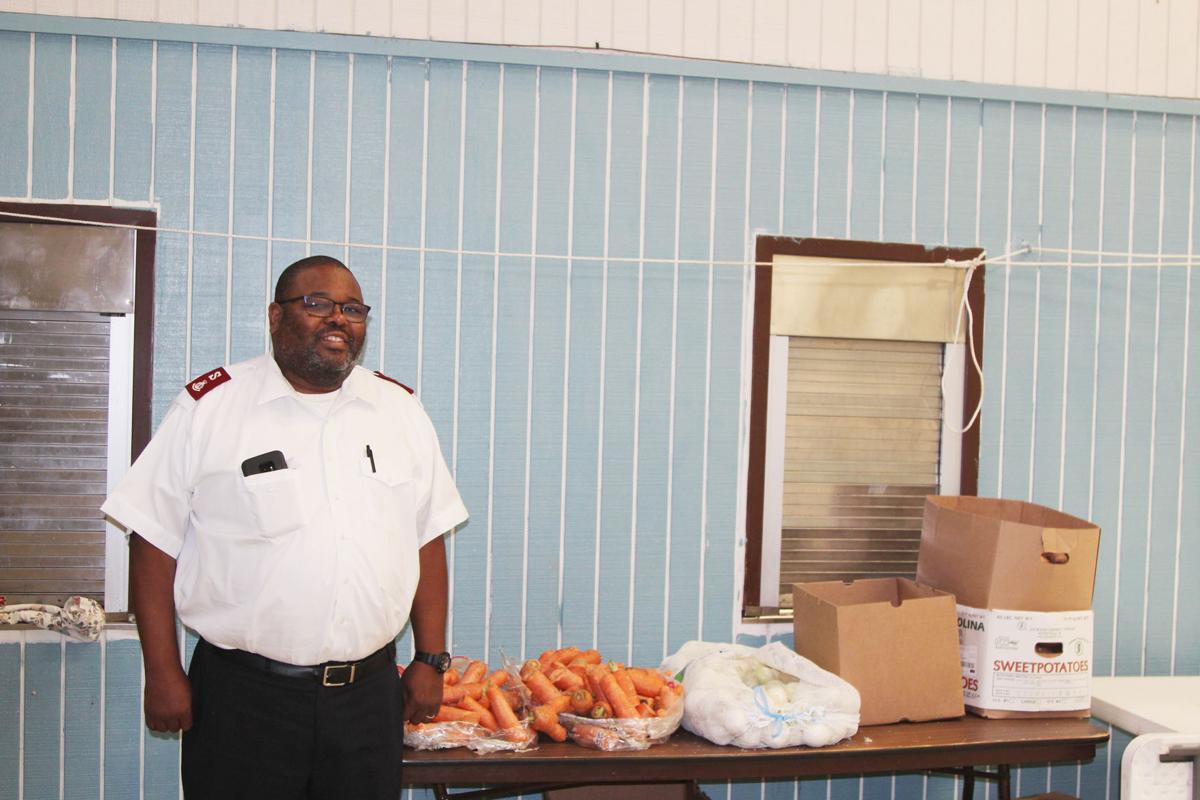 Several nonprofits are adjusting their practices to still help people during the COVID-19 pandemic. Pictured, Major Francko Higdon with the Salvation Army of Paris stands next to some produce following the nonprofit’s bread line. 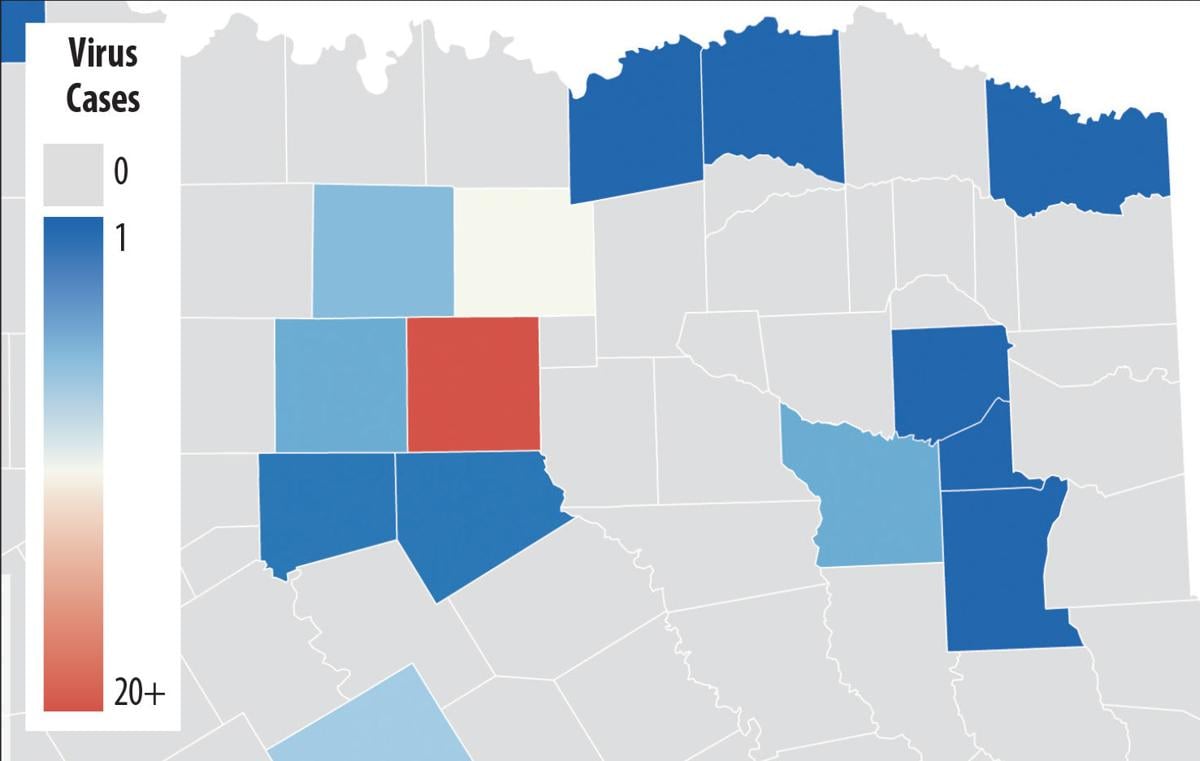 The cases of the coronavirus as of Saturday morning in Northeast Texas, based on numbers from the Texas Department of Health and Human Services. Fannin and Lamar counties have one case each. Dallas County has more than 95 cases.

Several nonprofits are adjusting their practices to still help people during the COVID-19 pandemic. Pictured, Major Francko Higdon with the Salvation Army of Paris stands next to some produce following the nonprofit’s bread line.

The cases of the coronavirus as of Saturday morning in Northeast Texas, based on numbers from the Texas Department of Health and Human Services. Fannin and Lamar counties have one case each. Dallas County has more than 95 cases.

As the effects of the coronavirus pandemic continue to complicate daily life in more and more ways for people of Lamar County and the country, local nonprofits want people to know they’re still here to help, though most are changing things up a bit to accommodate the trying circumstances.

The Salvation Army, which provides food to much of the indigent population of Lamar County with its bread line and soup kitchen, will continue to do so, Major Francko Higdon said. However, the nonprofit will be adjusting its policies to ensure safety in light of the outbreak.

Now, he said, people are not allowed to eat their meals at The Salvation Army’s office. They must take it to go. Higdon also said the nonprofit will only allow two or three people through the line at a time, while everyone else will be asked to wait outside.

“It might slow things down a bit, but that’s what we have to do to make sure we can continue to help the people of the community and keep things as safe as possible,” he said.

The bread line will continue to be offered from 11:30 a.m. to noon Monday through Friday, and the soup kitchen will be served from 4:30 p.m. to 5 p.m. The Salvation Army also serves lunch at its soup kitchen on Tuesdays and Thursdays from 11 a.m. to noon.

“I’d say our sales the past few weeks have only been half what they usually are,” Higdon said. “That’s a problem because we rely on that money to fund our various programs.”

Higdon said the nonprofit has been seeing a drop in volunteers and asks the public to lend their time and assistance if able. People can volunteer at The Salvation Army’s office, 350 W. Kaufman St. in Paris, in the morning or by calling 903-785-7548.

“We haven’t seen anything like this before, and we’re looking to the community so we can continue to help as many people as possible,” he said.

Another nonprofit that provides food for the community is the Downtown Food Pantry, and it is also altering its operations, executive director Allan Hubbard said.

“Food is extremely important, obviously,” Hubbard said. “We don’t want to close and are going to do everything we can to stay open during this time.”

To ensure public safety while still providing for the people of Lamar County, the food pantry has made adjustments similar to those made by The Salvation Army. Only a handful of shoppers are being let in at a time, while the others are asked to wait outside.

Hubbard said the food pantry can deny service, though that will be an absolute last resort, if a person seems to be extremely sick.

He also said the outbreak brings with it a need for volunteers.

“A lot of the volunteers we have are older and more susceptible to the coronavirus,” he said. “For many of them, they won’t be able to come out and help, so we’ll be looking for people who can lend some time, it would be an immense help.”

Volunteers are needed to help bag produce on Mondays and Wednesdays and to help run the store on Tuesdays and Thursdays. On Monday, bagging begins at 8:15 a.m. and on Wednesdays it starts at 11 a.m. Distribution on Tuesday begins at 1 p.m. and at 8 a.m. Thursday.

The Boys & Girls Club is closed until further notice, though food distribution will continue for the time being. At the REACH Center, the offices are closed, though people can still call for assistance. The Paris Metro bus routes are running on normal schedules, though the offices are closed to the public. Meals on Wheels is still delivering food, but only with paid employees; volunteers are not being used at this time.

The Texas Dream Center is not accepting new participants, and ETCADA is performing all screenings by phone now. Similarly, counseling at the Children’s Advocacy Center is being done virtually now.

The United Way’s offices are closed to the public, but Wilson said employees are still on hand to answer questions.

“Lots of the calls we get are about how to get rent assistance and child care assistance,” Wilson said. “Those things are becoming a challenge for a lot of Americans right now.”

The office is also giving out information on COVID-19, such as safety tips and symptoms to look out for. Wilson also gives residents information on scammers, she said.

“I’m sharing tips to avoid scams, be it fake charities or fake medical offices,” she said. “There’s been a lot of that, and we want to help people keep from falling victim to those as well.”

Several United Way offices throughout the country have set up disaster funds to help the nonprofit more easily disperse information and help people affected by the pandemic. Wilson said the local office is currently looking into the possibility of starting a fund in Lamar County.

The United Way also closed its VITA tax assistance, though with the tax deadline delayed until July, Wilson said she’s hopeful the free tax assistance program will be able to reopen before then.

“We’re concerned about our community,” she said. “People are already struggling financially, and this pandemic will have a serious impact on them. We’re doing all we can to help.”

Both Liberty National Bank locations will temporarily close their lobbies starting Wednesday in response to the coronavirus pandemic, bank officials said. Drive-in service and limited in-person appointments will be available.