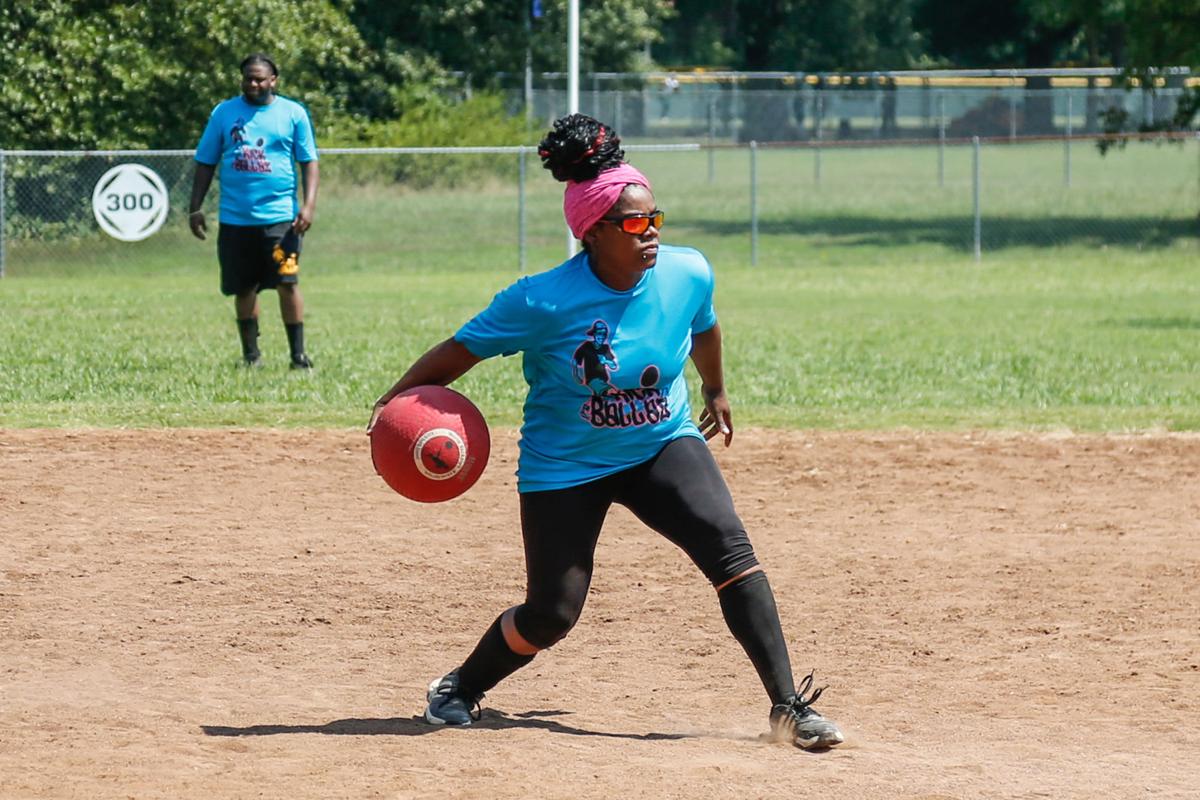 Shamika Sims pitches the ball during the kickball tournament for Dylan’s Drivers Riders for a Reason on Saturday. 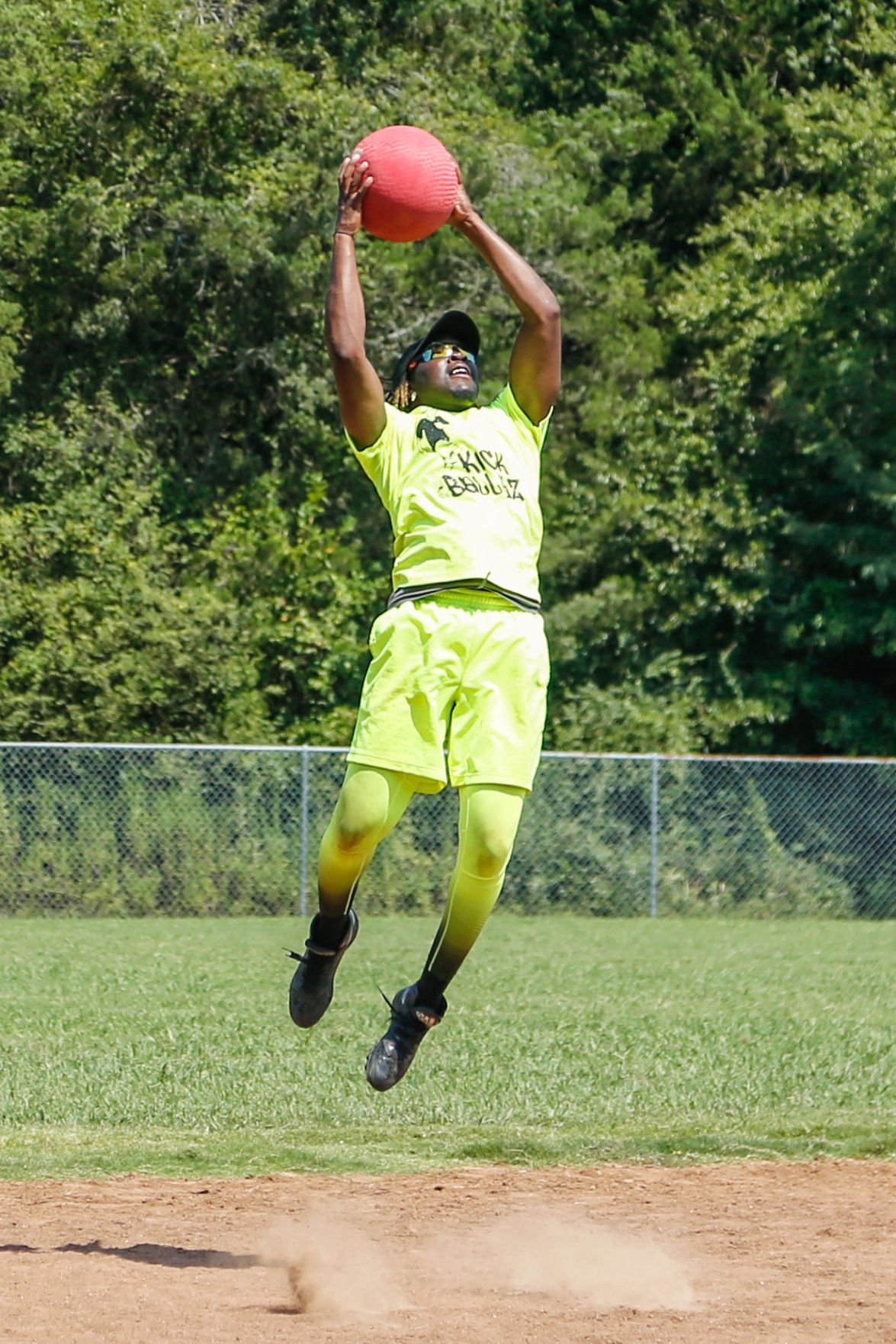 DaTren Embry leaps into the air to catch a ball during the kickball tournament for Dylan’s Drivers Riders for a Reason on Saturday. The money raised for this event helps support their organization for the year. 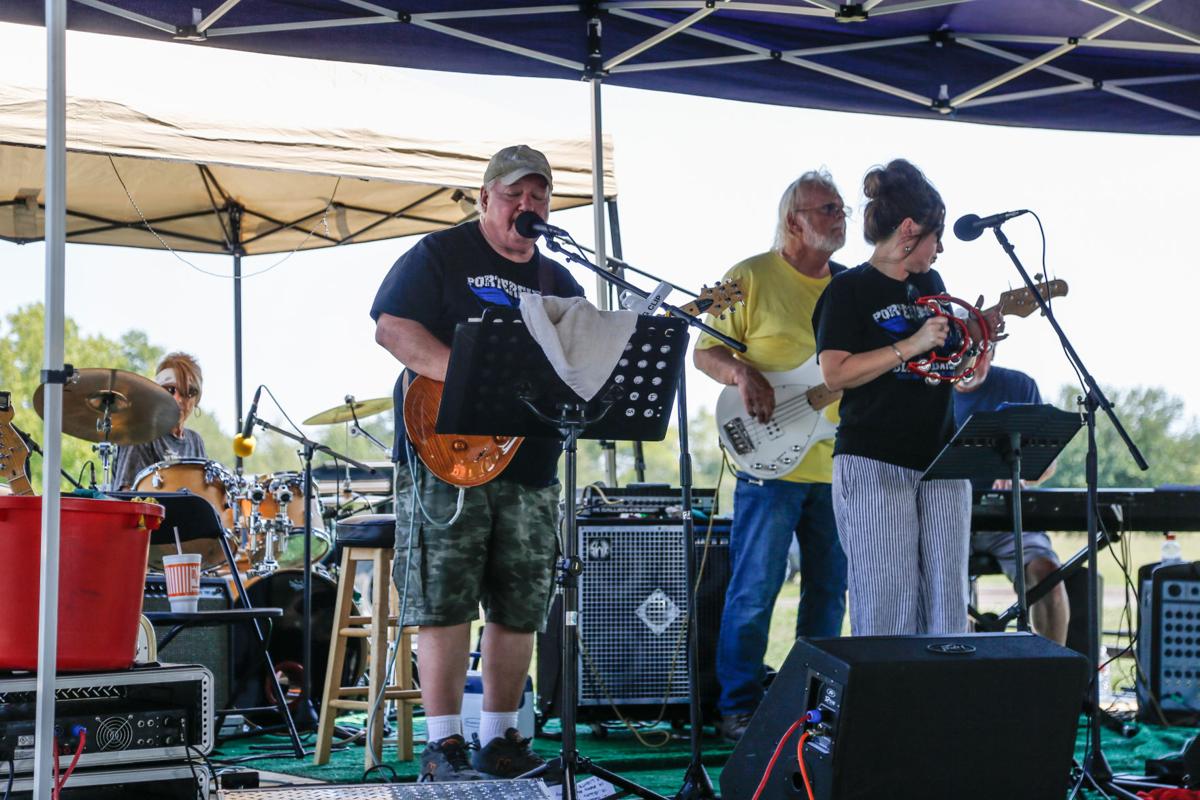 Live music at the Love Civic Center pavillion for the 8th Annual Dylan’s Drivers Rides for a Reason. The money raised for this event helps support their organization for the year.

Shamika Sims pitches the ball during the kickball tournament for Dylan’s Drivers Riders for a Reason on Saturday.

DaTren Embry leaps into the air to catch a ball during the kickball tournament for Dylan’s Drivers Riders for a Reason on Saturday. The money raised for this event helps support their organization for the year.

Live music at the Love Civic Center pavillion for the 8th Annual Dylan’s Drivers Rides for a Reason. The money raised for this event helps support their organization for the year.

Dylan’s Drivers “Rides for a Reason” fundraiser event Saturday crowned off a year of rebuilding, said Dylan’s Drivers co-founder Vicki Ballard. The organization is setting new goals and has changed its fundraising strategy since last year, hoping to set a new tone for the future.

The fundraiser this year included a bike rally; a 5K; a kickball tournament; a burger competition; a 50/50 raffle; a drawing for four bicycles; a kids zone with inflatable bounce houses, games and other activities; live music from RUE 82, The Gary Porterfield Blues Band and Common Ground; and a live and silent auction, featuring prizes like a recliner and a weekend trip to Broken Bow, Dylan’s Drivers board chairman Steve Wilson said. Entrance to the festival was free, but attendees could purchase a plate with a burger, chips, drink and dessert for $5.

Ballard had a different perspective on the fundraiser this year, she said. Instead of helping run the event, she and her husband, Ronnie, pitched a tent and flipped burgers. While last year the family was overseeing activities and counting funds, the main thing the family was focused on this year was making top five in the burger competition.

The board prepared for 350 to 400 people at the event, Wilson said. The burger competition and kickball tournament were the most popular activities. The fundraiser was a different approach from last year, which was a concert; having activities for attendees and their kids was a better option, Wilson noted.

“The goal is to raise money to be able to allow Dylan’s Drivers to continue every year, just like any other nonprofit. And our board is here to bring this program into 2020 with another perspective,” Wilson said. “We’re looking at new ways to come into next year with fundraising activities, we’re going to try to do other things as well, make ourselves more visible.”

The amount raised Saturday is still being calculated, and the organization will most likely know a number by Monday morning, Wilson said.

“We have been blown away by our community’s support,” Ballard said.

Terri Hayes, an event attendee, said it was her first time at the festival.

“I think it’s a great program, it benefits the community, and we know the Ballards, we know their heart,” she said. “It’s a fun event for all ages, it’s fun to see everyone. It’s a win-win.”

Dylan’s Drivers is a nonprofit founded by the Ballards in 2011 after they lost their son in alcohol-related crash. The service provides free, non-judgemental rides throughout Lamar County for people who feel they can’t get to their destination safely, whatever the reason may be. The service has given 13,680 rides since 2011, Wilson said.

“The people in Lamar County are so fortunate to have a program like this that is available to them that can not only save their lives, but save other people’s lives,” Wilson said. “It’s such a good thing for the community, and the Ballards have started a program out of a tragedy in their life.”