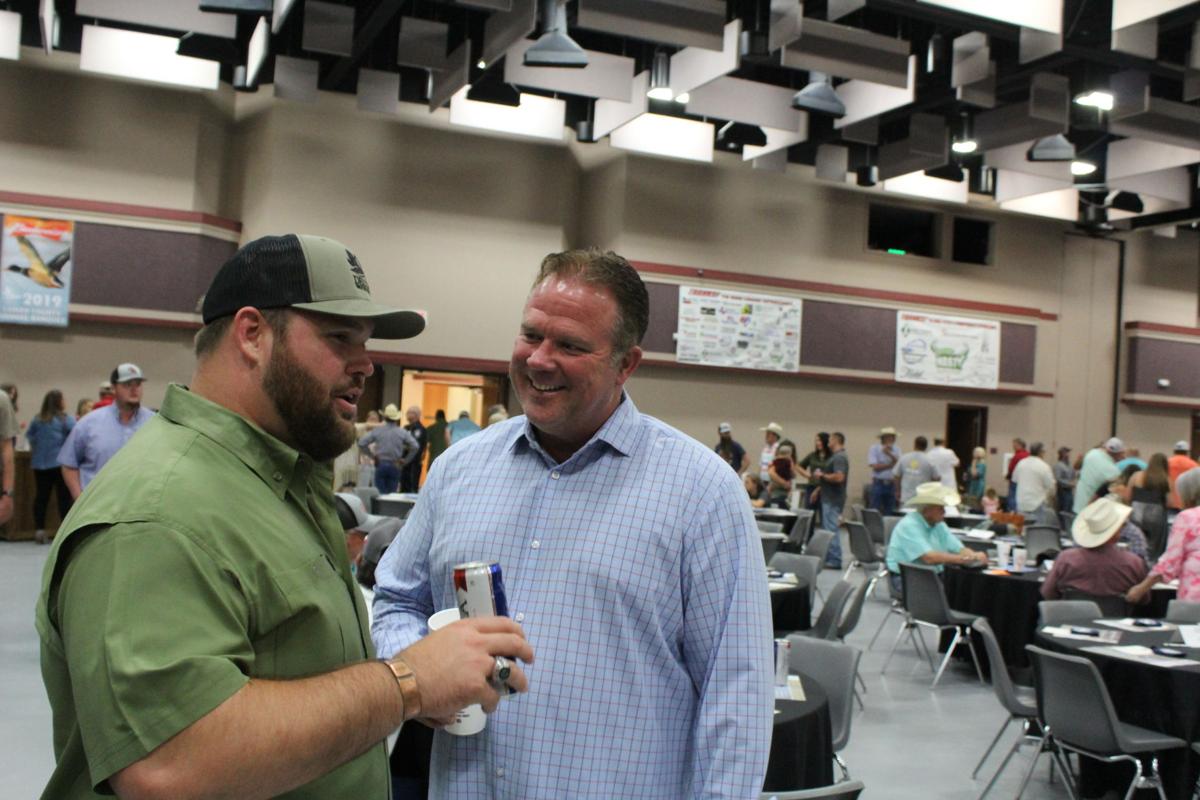 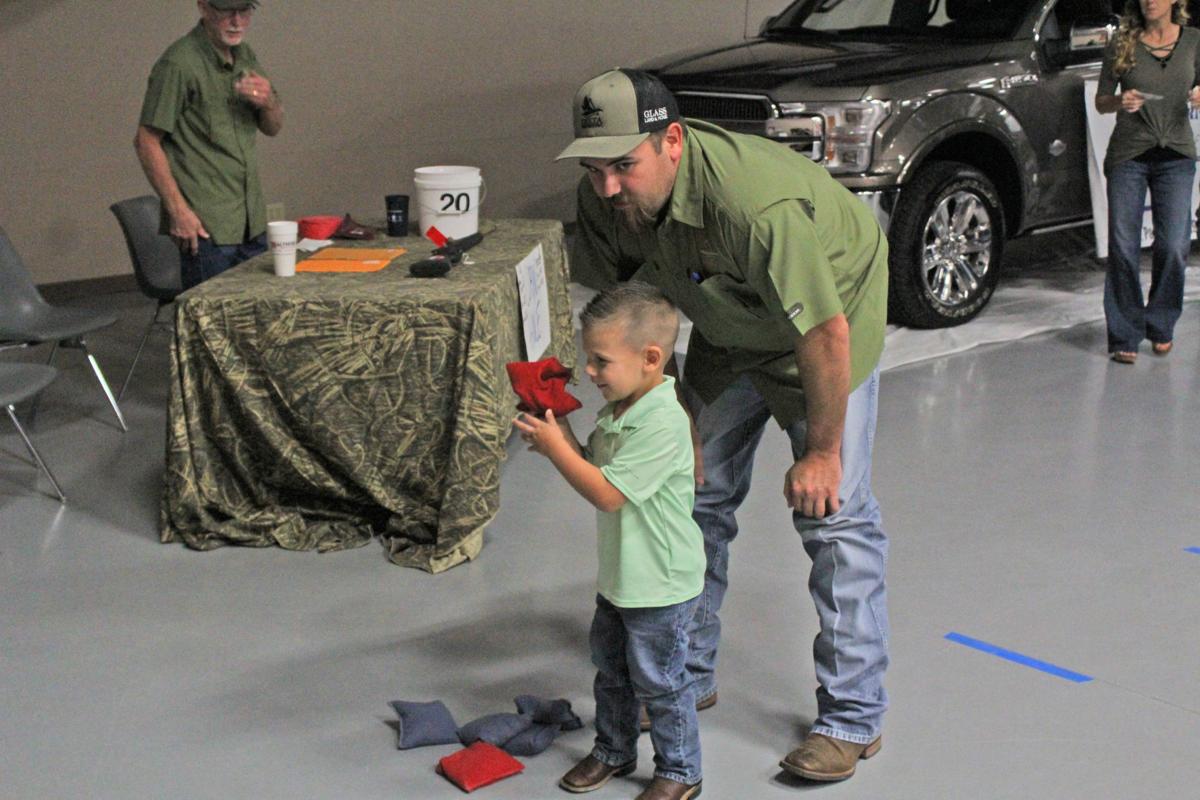 The Delta Waterfowl annual banquet featured games for children to enjoy. Pictured, Carter Page tries his hand at cornhole with the help of father Joe Page. 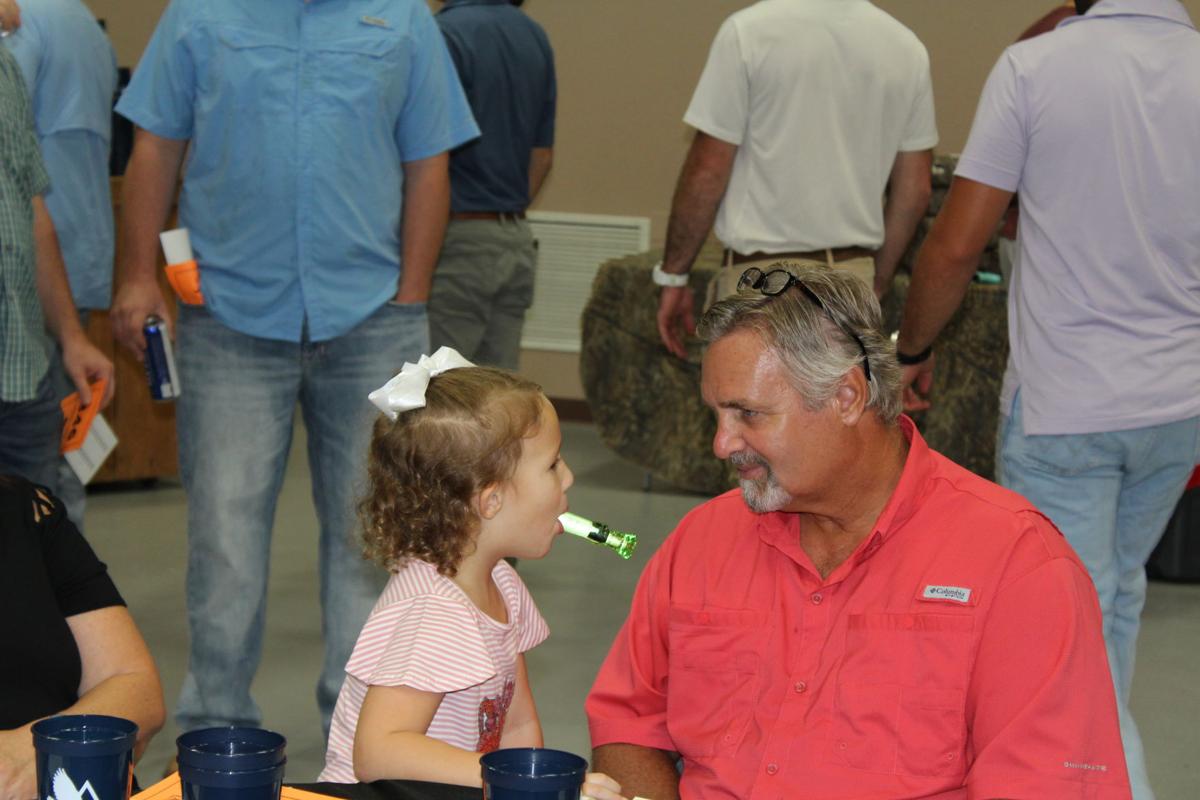 The Delta Waterfowl annual banquet featured games for children to enjoy. Pictured, Carter Page tries his hand at cornhole with the help of father Joe Page.

Hundreds of people filled the Love Civic Center this weekend for game food, games, auctions and more, as the Lamar County chapter of the Delta Waterfowl Foundation hosted its annual banquet.

Chapter President Bryan Glass estimated that roughly 550 people were in attendance, which he said was a strong turnout. Glass said the foundation uses the proceeds for local conservation efforts for funding scholarships for high school seniors, hosting other events such as concerts and skeet shoots throughout the year and other efforts.

“We’re one of the top chapters in the state in terms of net revenue at fundraising events, so I’m incredibly grateful to the community for all their support because we couldn’t do this without them,” Glass said. “We hope to raise about $70,000 tonight.”

The night featured silent and live auctions, with items including pieces of art, camping and survival gear, clothing items, gift cards to local businesses and much more, as well as raffles for items including firearms.

There were games throughout the banquet hall as well, including cornhole and a magnetic dart board.

“That’s one of the great things,” Glass said. “There’s something here for everyone.”

The dinner, catered by local restaurant Hole in the Wall, also was a hit.

“Oh, the food is great; I’m always a fan of Hole in the Wall,” said attendee Mary Madewell.

Madewell, who said she has been to every banquet over the years, said the event was set up differently this year, but she noted the changes were for the better.

“Everything is set up different, but it’s more efficient,” she said. “It’s good.”

While some attendees, like Madewell, had been to several banquets, others like attendee Barrett Backus were taking part in the festivities for the first time.

“The best has just been meeting new people and seeing people I know, and I’ve put my name down for a few items too,” he said. “It’s just great to support a good cause like this. I definitely plan on coming back next year, Lord willing.”