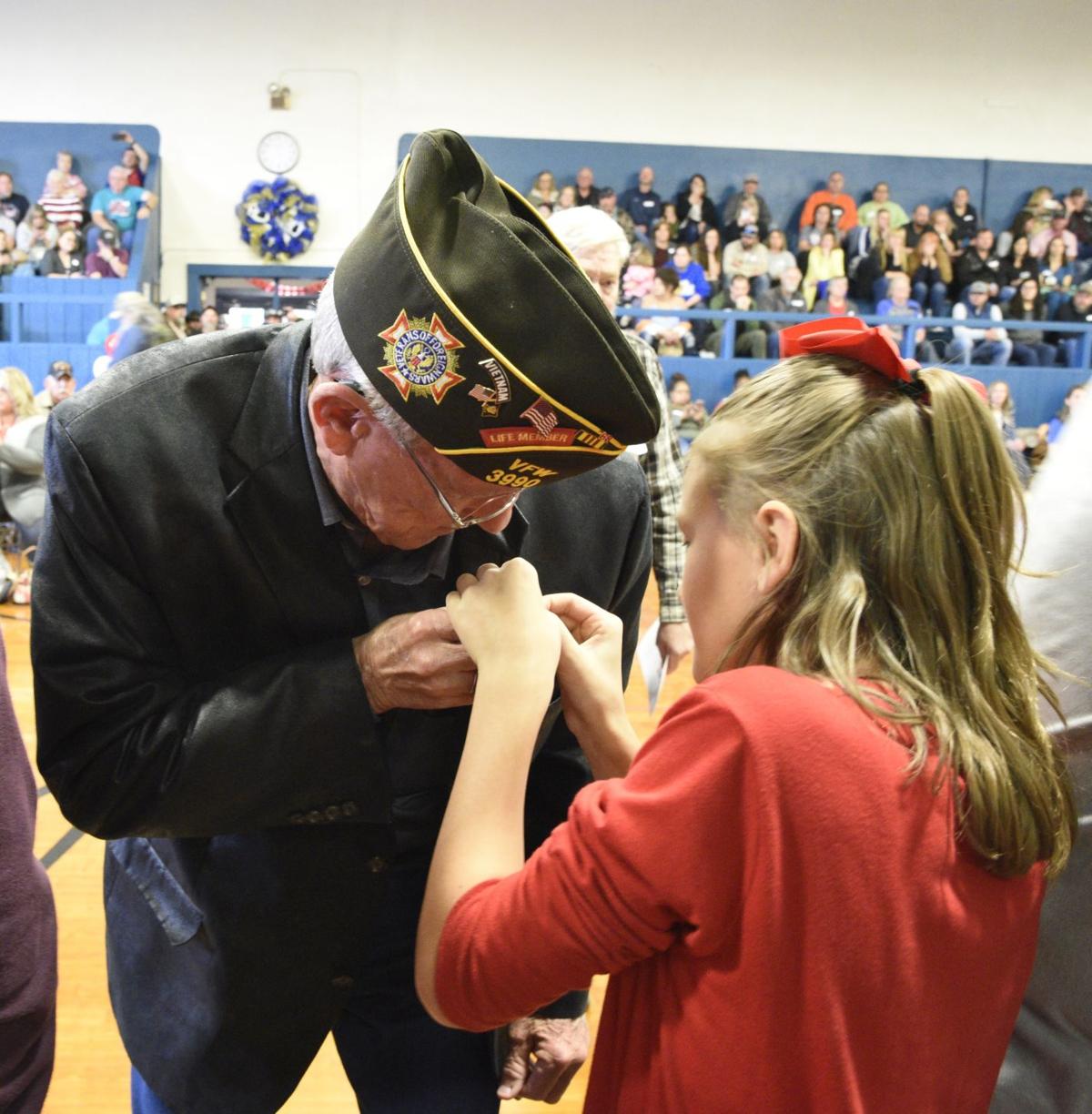 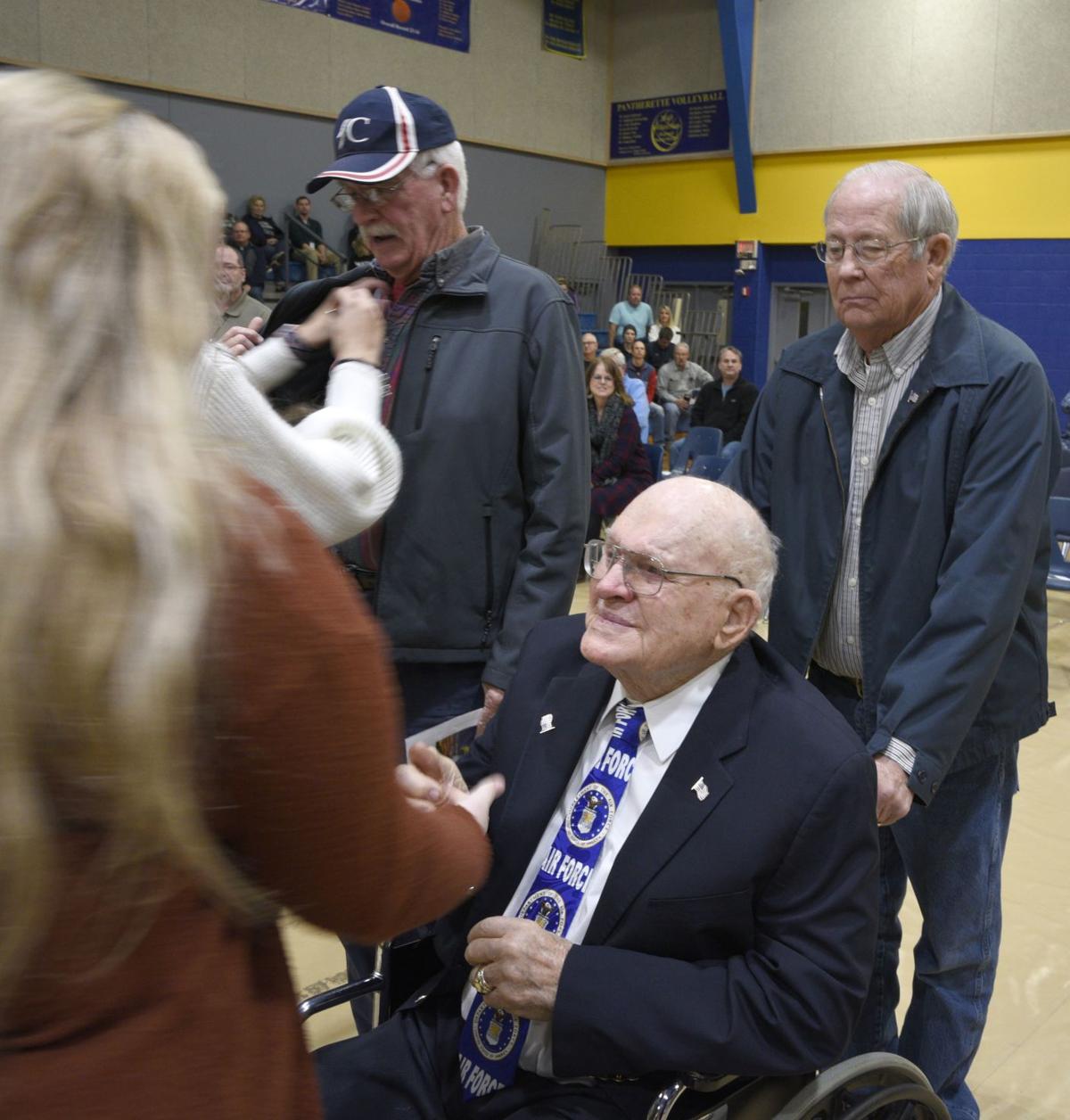 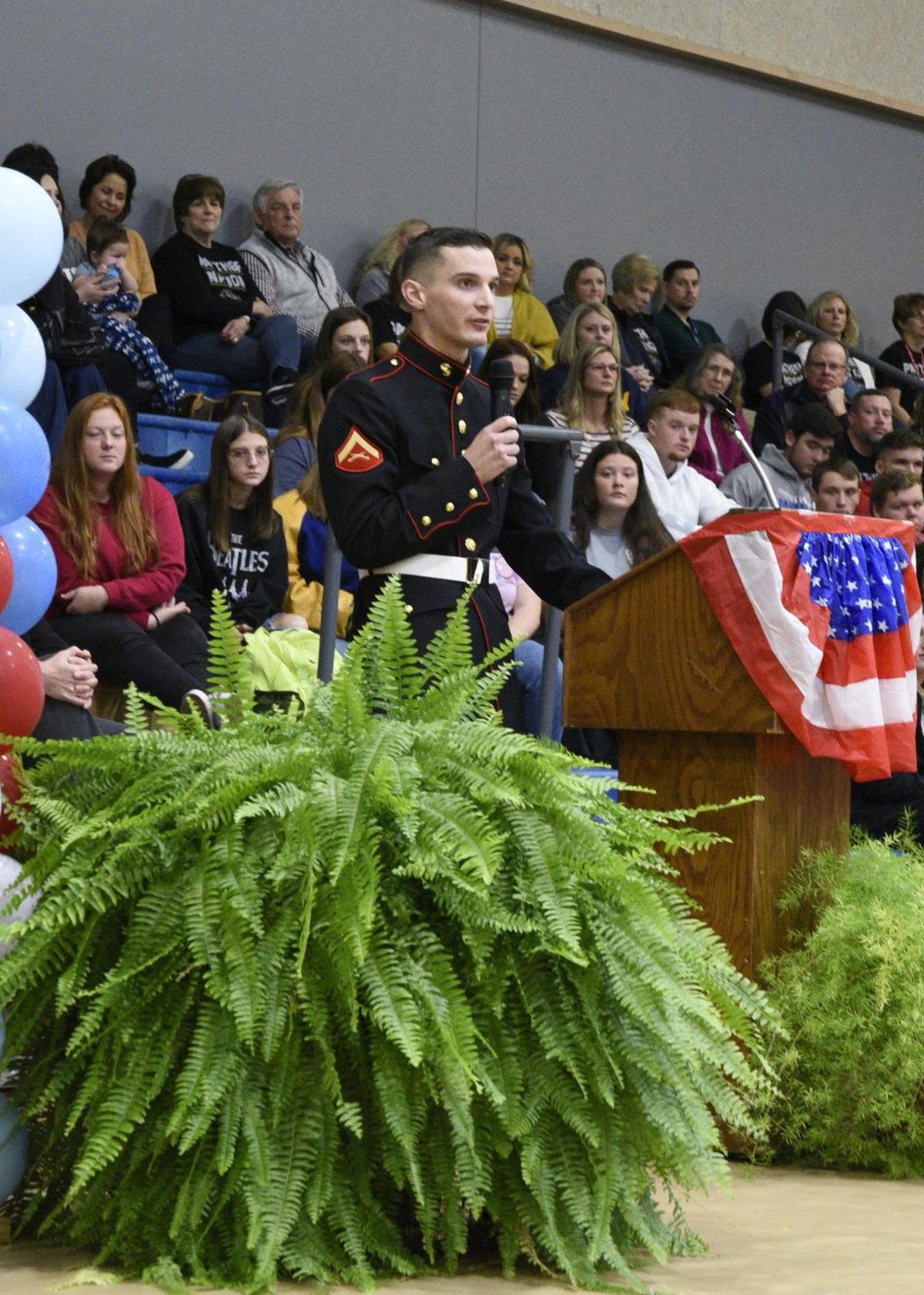 Keynote speaker, Lance Corporal Chad Kautz, addresses an audience in the North Lamar High School gym on Monday. The Beta Club was host to a Veterans Day program followed by a cookie reception for veterans and members of the military.

Keynote speaker, Lance Corporal Chad Kautz, addresses an audience in the North Lamar High School gym on Monday. The Beta Club was host to a Veterans Day program followed by a cookie reception for veterans and members of the military.

Aaron Parker Elementary celebrated the holiday Nov. 7 with student performances and pinning of the military. Keynote speaker Johnny Williams spoke of his service in the navy and the time aboard the ship with his comrades. Veterans and members of the military were treated to a Thanksgiving feast following the program.

Everett Elementary celebrated on Monday with students having breakfast with military family members. A program honoring veterans and those active in the armed forces was held in the gym. The Stone Middle School band played patriotic hymns while students placed pins on the lapels of military guests.

North Lamar High School also honored area veterans and servicemen on Monday during a Veterans Day program hosted by the NLHS Beta Club followed by a cookie reception in the library.

Keynote Speaker Lance Cpl. Chad Kautz, a 2014 graduate of NLHS, spoke of his calling into the military after studying pre-pharmacy at Southwestern Oklahoma State University. He joined the U.S. Marine Corps in 2017 serving at Camp Johnson in North Carolina and Camp Pendleton in California. He is now stationed in San Diego, California, with the Echo Company, Second Battalion, Recruit Training Regiment. His duties include working as a Supply Administration and Operations Specialist where he oversees and supports the financial management of the Regiment.

The award-winning Panther band and choir performed selections of patriotic melodies. During the Salute to the Armed Forces, Beta members pinned each veteran as they came forward while their service hymn was played.

Beta member Jaden Franklin addressed the audience with a patriotic reading. The program concluded with a moment of silence in honor of all fallen American warriors and the sounding of Taps by senior Jerron Newberry.