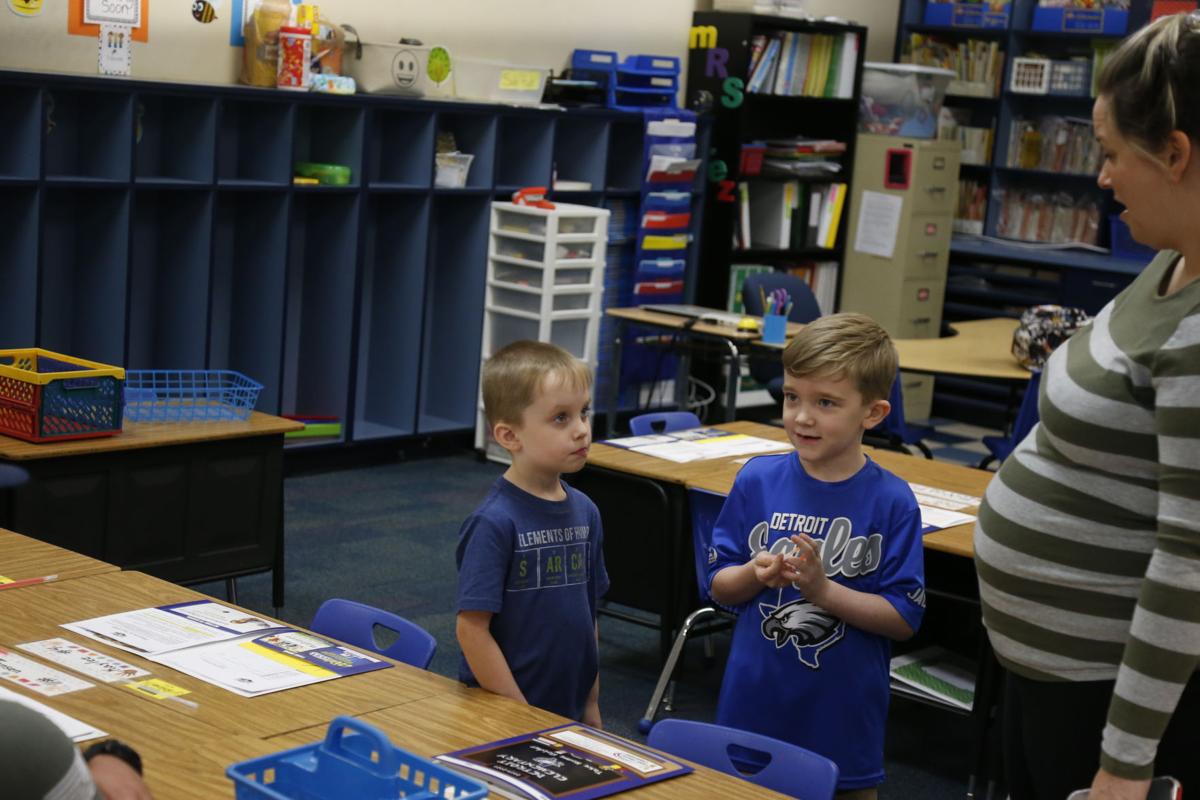 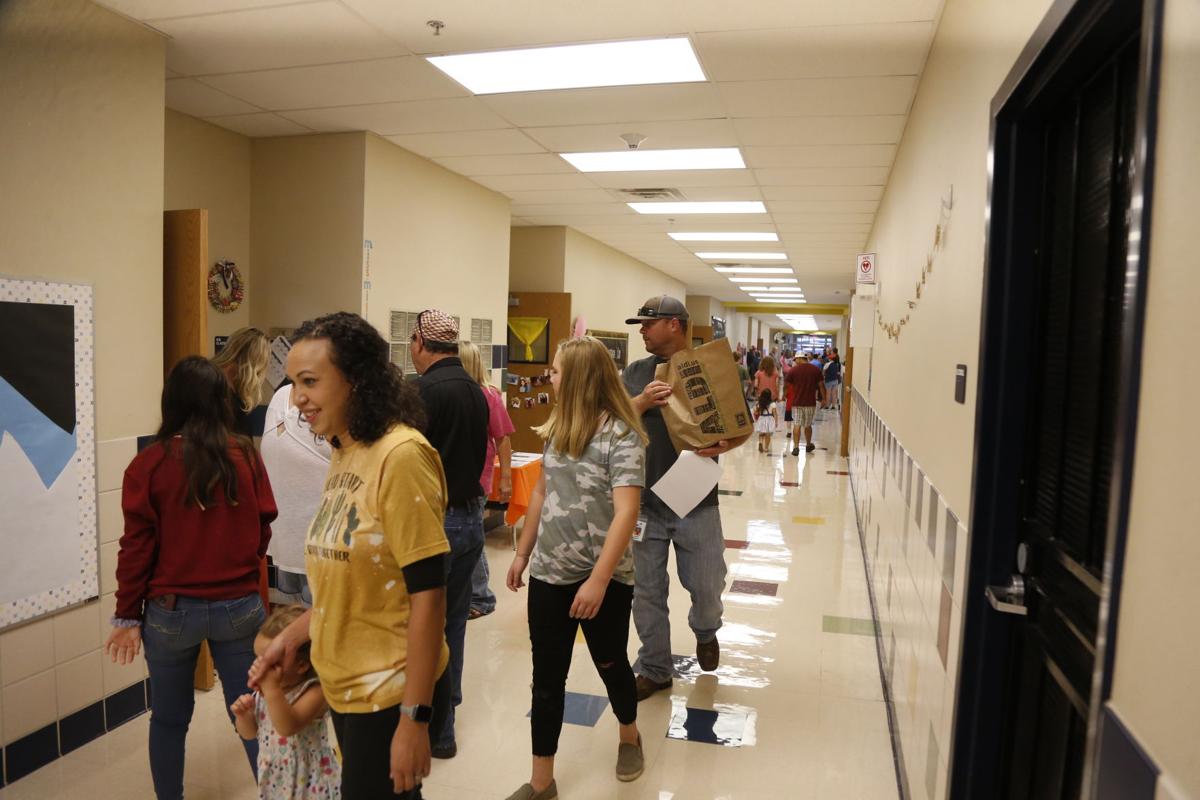 The hallways of Detroit Elementary School filled up Thursday evening as families came out for the school’s meet the teacher night. 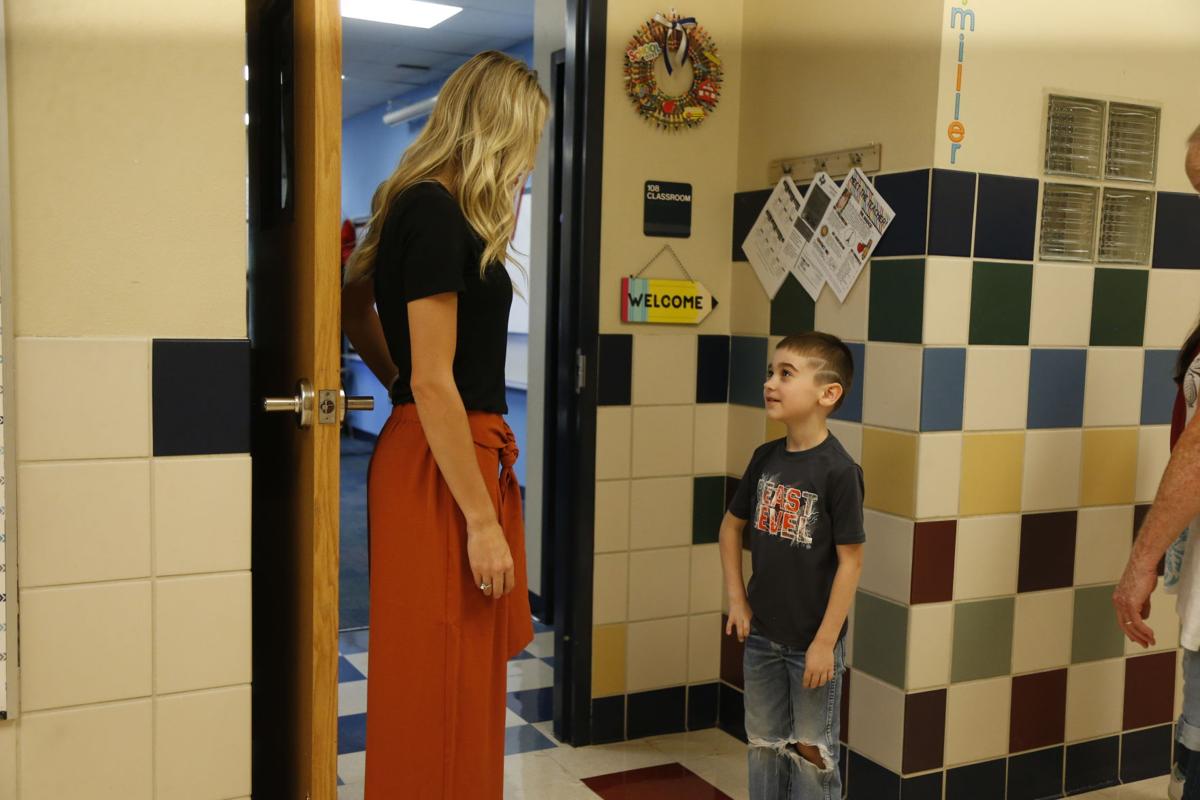 The hallways of Detroit Elementary School filled up Thursday evening as families came out for the school’s meet the teacher night.

DETROIT — The school year doesn’t begin until next week for Red River County schools, but students nevertheless filled the halls of Detroit schools Thursday evening for the meet the teacher night.

Rising first grader at Detroit Elementary School Jace Sellers was excited to start the year and see all his friends again.

The night was a chance for students to meet the teachers who will be responsible for their education in the coming year, and many students, such as Jensen Weeden, were impressed with what they saw.

“(First grade teacher Brandi Perez) is nice,” Weeden said. “I like her.”

Rising third grader Braycen Hicks said he was sad to see summer vacation come to a close, though there were parts of the school year he’s looking forward to.

“I think they’re all awesome, they’re going to be sweethearts,” Perez said. “That’s my favorite part, is really getting to know all my students every year.”

Henry Sharp, principal at Detroit Elementary, said there were several additions and improvements he was pleased to see in the coming year.

“One thing we’re doing this year that I’m really, really excited about is we’re adding interactive panels in all the fifth grade, fourth grade and third grade rooms,” Sharp said. “What these are, are basically giant iPads these kids can write and draw on and it’s a different way for them to learn.”

Sharp said he was also excited about renovations that were recently completed to the school’s computer lab and gymnasium. The gym, which hadn’t seen refurbishment in over a decade, was outfitted with a new hardwood floor during the break.

“The start of a school year is always a really fun time, and I can’t wait for the year,” he said. “Everyone is coming back, kids have big smiles on their faces and we’re just ready to go.”