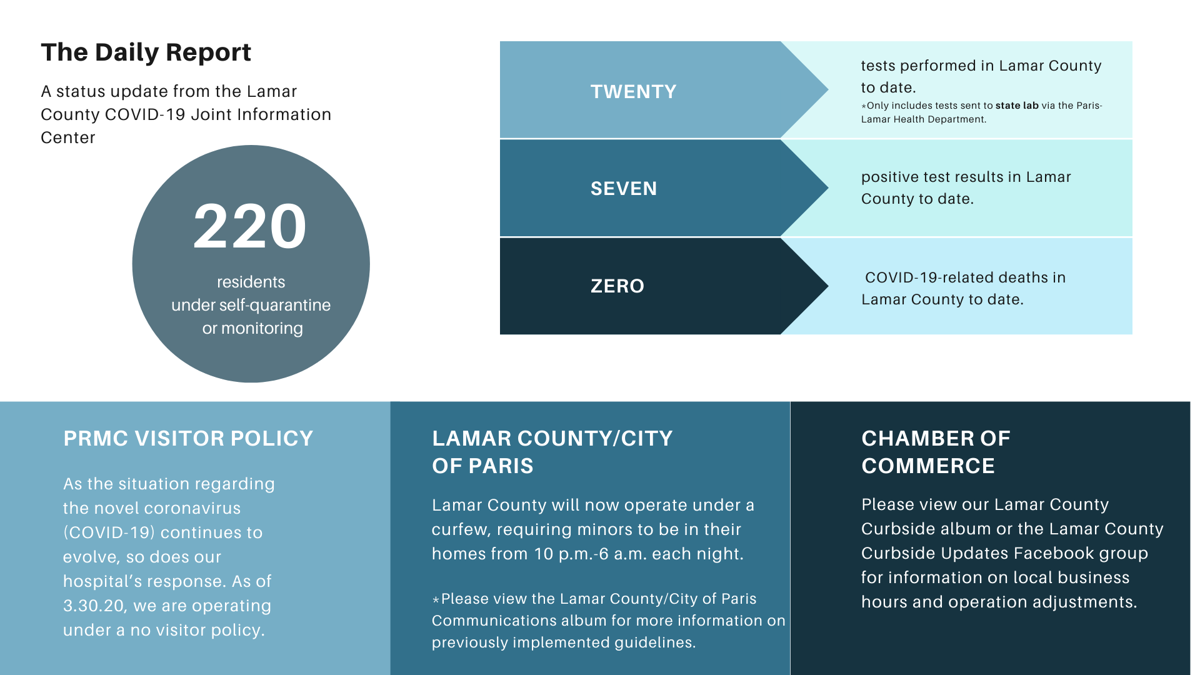 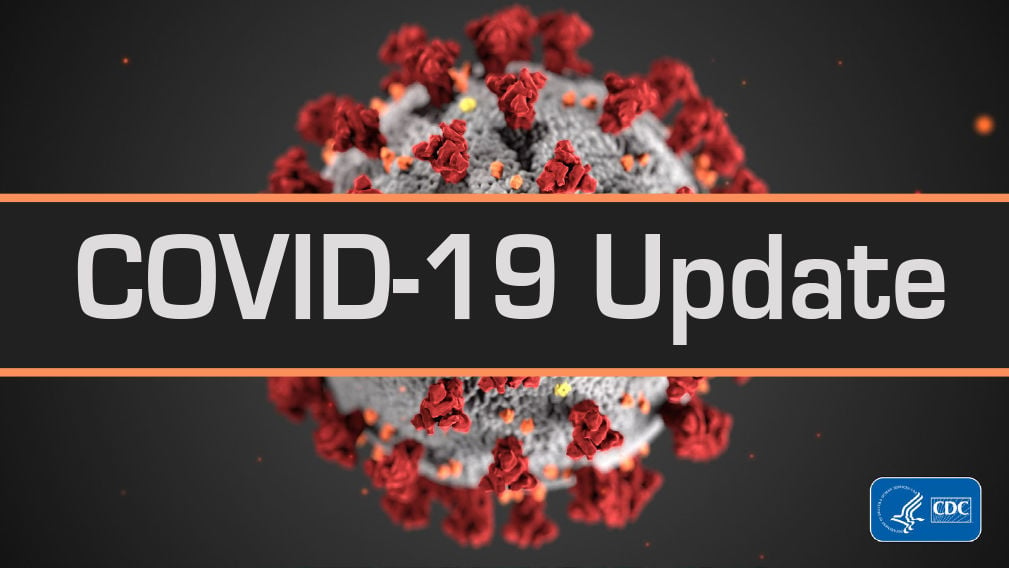 Lamar County officials during the weekend reported the county’s sixth and seventh confirmed Covid-19 cases, both believed to be travel-related.

Of the county’s seven cases, six were determined to be travel-related. The third positive result, reported March 27, was determined to be community transmission. Officials have offered no further information about the cases, an issue Paris Mayor Steve Clifford addressed in a Sunday Facebook post about rumors and conspiracy theories circulating on social media.

“First, let me say that all new positive cases of COVID-19 confirmed by testing are definitely being reported to the local media by the health department within a few hours of their receiving notification. Before the media can be notified, the health department has to contact the patient and his or her family and institute appropriate quarantine recommendations,” he wrote. “And due to the HIPAA law, no personal medical information about someone may be given to the public. That is why we never hear the name of any person who tested positive for COVID-19. By law the health department cannot release information that would allow anyone to determine the name of any infected patient.”

Of the five Red River Valley counties in this newspaper’s coverage area, three have reported cases. Choctaw County in Oklahoma during the weekend reported a second case, according to the Oklahoma State Department of Health. Fannin County’s case count has remained at two since the second case was reported March 27. Both cases were travel related, health officials said.

Regionally, Hunt County Judge Bobby Stovall reported four more Covid-19 cases, bringing the county’s tally to 12. Two of the patients were men between the ages of 50 and 64. One was a man between the ages of 31 and 49 and one was a juvenile girl, according to Stovall’s press releases. Hopkins County on Saturday announced its fourth case, which health officials said is believed to be community spread, according to KETK.

Testing has been an issue in rural communities because a large number of the supplies received by the state are going to the hard hit metropolitan areas. In Lamar County, testing at the Paris-Lamar County Health District has come to a halt because the state lab in Tyler that tests the district’s specimens has temporarily run out of reagents. The local Covid-19 count has continued to increase because private providers are still able to test, and they must report positive test results to the health district, Prestridge said.

HealthCARE Express in Paris on Friday became a testing center, offering results in one to three days, a drastic reduction in the wait time for results from previous tests. Covid-19 testing will be available by appointment for those who meet CDC-based screening criteria as long as supplies are available. The clinic is at 5220 SE Loop 286. Appointments can be made by calling 877-442-3669.

For most people, the coronavirus causes mild or moderate symptoms, such as fever and cough, and the vast majority survive. But for others, especially older adults and people with existing health problems, it can be more severe, even causing pneumonia or death.

Late last week, Clifford issued a supplemental public health emergency order strongly encouraging residents over the age of 5 to wear some kind of non-medical grade facial covering, such as a homemade mask, scarf, bandana or handkerchief, when entering a building open to the public. Residents are also asked to cover their mouth and nose when using public transportation, taxis, ride shares or when pumping gas.

The new guideline doesn’t apply to people riding in their own vehicles or if they are outside for exercise and following social distancing guidelines, according to the order.

To help slow the spread of the virus, government and health care officials ask residents to avoid gathering in groups larger than 10; to stay at least 6 feet away from others; and to only leave home to visit essential businesses like grocery stores, and only to send one person from the household.