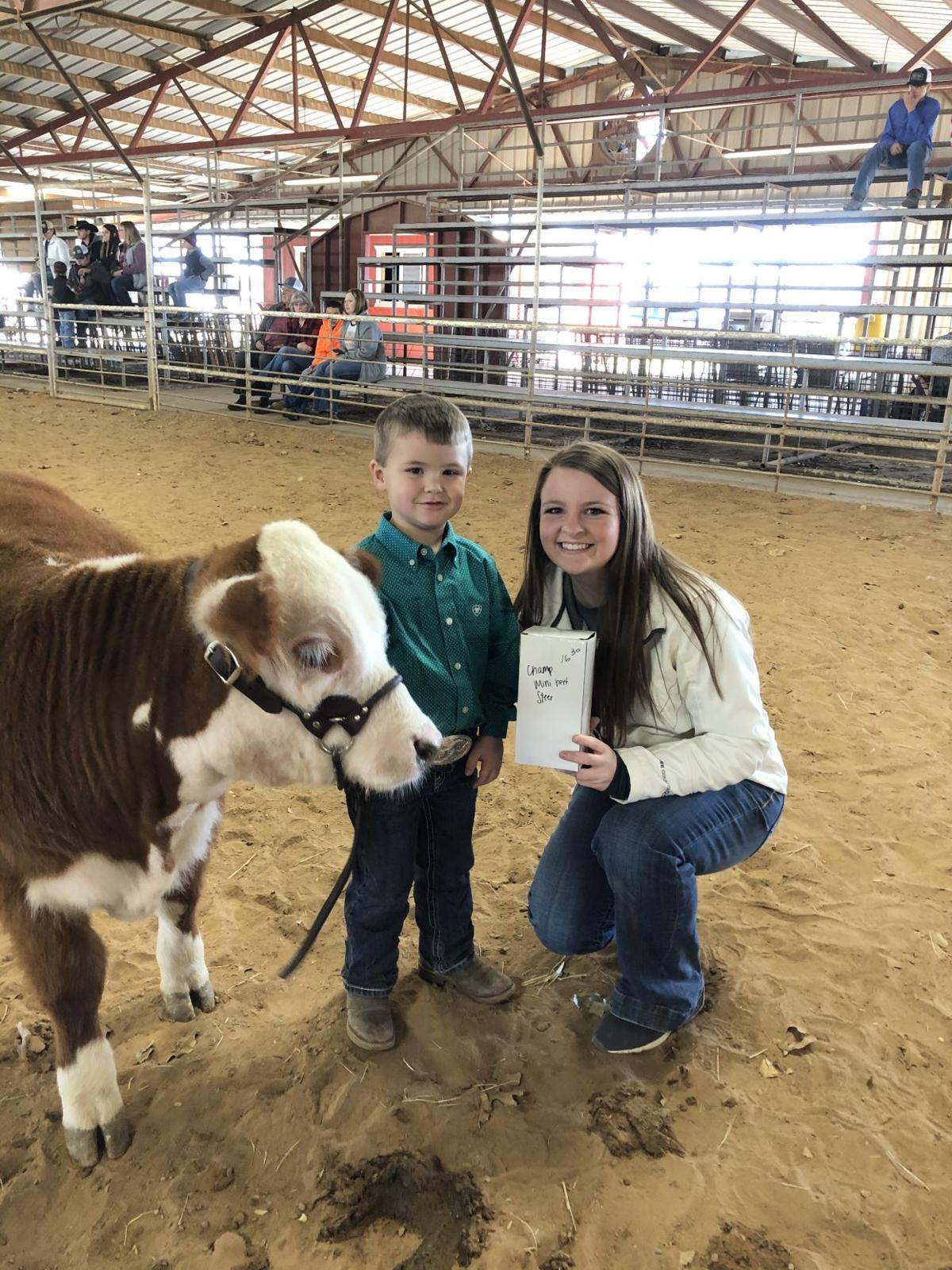 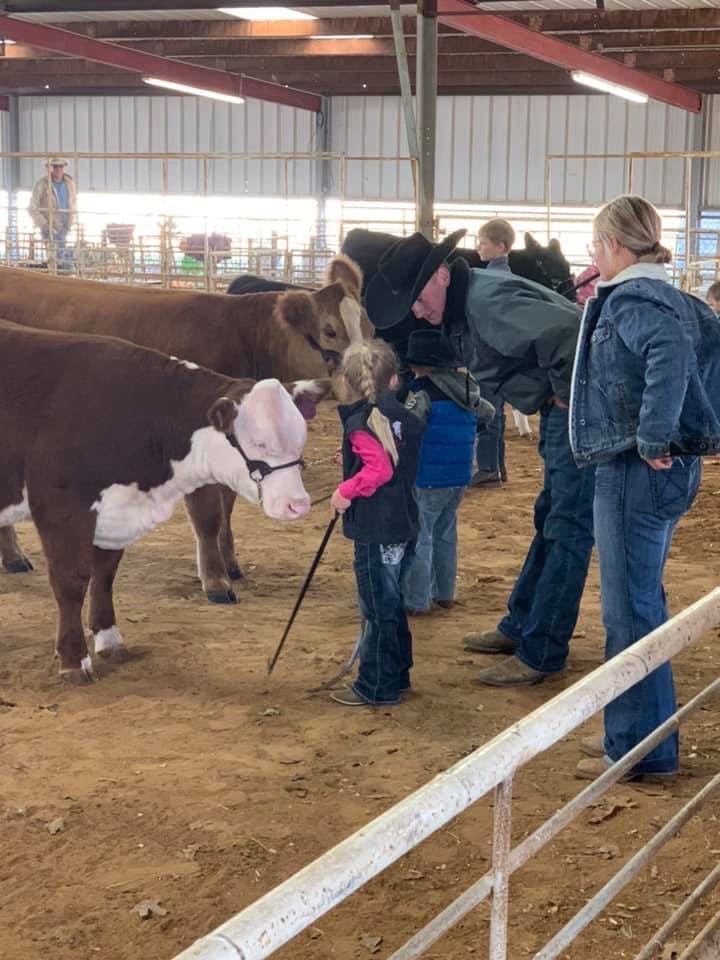 Kamille Walker of Mason, shows her cow in the PeeWee Showmanship category at the Delta County 4-H Cotton Harvest Jackpot Show, held at the Lamar County Fairgrounds a few weeks ago. 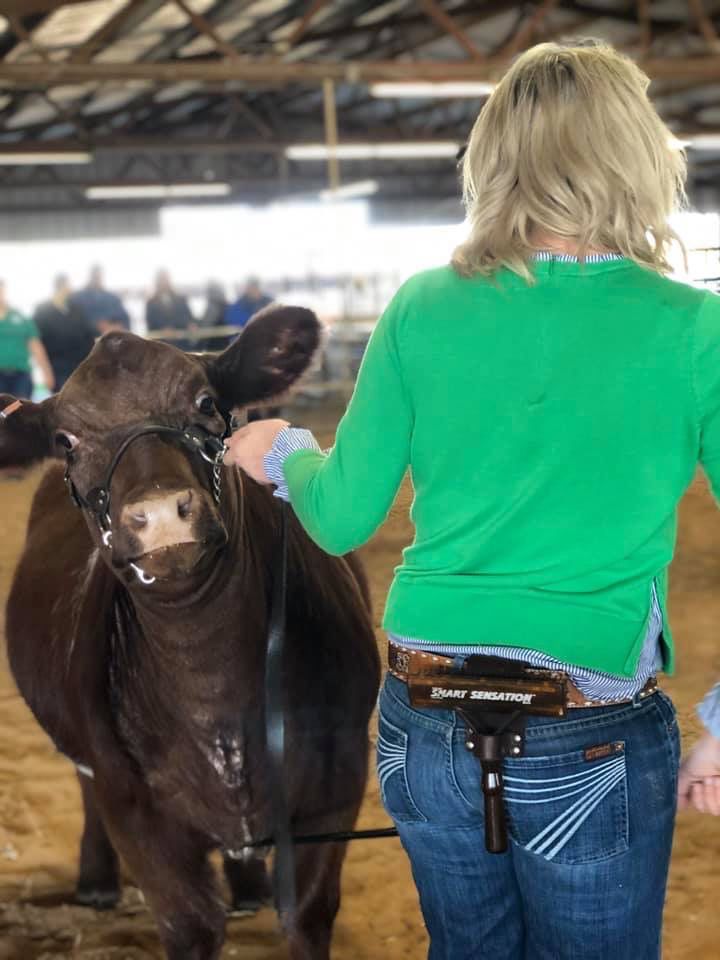 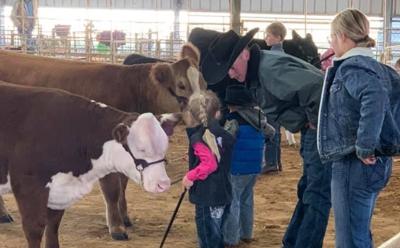 Kamille Walker of Mason, shows her cow in the PeeWee Showmanship category at the Delta County 4-H Cotton Harvest Jackpot Show, held at the Lamar County Fairgrounds a few weeks ago.

COOPER — The newly-formed Delta County FFA Alumni group already has big plans on giving back to the community.

Though the city took no action on the agenda item, three members of the alumni group, Young, Greg Steagall and Roddy Achley, presented an idea to expand and renovate the current show barn in Delta County. Right now, it’s mostly open, with bare minimum facilities.

A draft of the planned renovations include turning the current 53-foot-by-105-foot barn into a cattle show arena, measuring 45 by 53 feet, with tie-outs for different livestock, and to build a second barn, tentatively measured at 30 feet by 60 feet, for lambs, goats and pigs with pens to hold livestock and a separate wash area for all livestock, 12 feet by 20 feet with tie-ups for animals.

“I think it’s a great idea,” he said. “The school doesn’t have anything for livestock or a show barn.”

The Delta County 4-H hosted a jackpot show a few weeks ago, but because most livestock shows need a wash area for the animals, the students had to travel all the way to Paris to use the city’s facilities.

“They profited $2,300,” Steagall said. “You need to have the facilities available. We’ve got a barn down there that’s usable.”

If the county had a better facility, more shows — and more revenue — would roll into Delta, according to Delta County Extension Agent Morgan Wood.

“We could host lots of events, not just jackpot shows,” she said.

The 4-H hosted a small animal show last year in Cooper, but with the existing facilities, that is all the county could handle. Most shows bring cattle, and owners wash and dry the animals on site at shows, but Delta doesn’t have a washing station, Wood said.

So far, the alumni group has gotten several people to donate time and supplies. Area business Cunningham Steel, after taking a look at the plans for the facility, has agreed to provide $3,800 in materials to help build the second barn, according to Young.

“And all the alumni group will help provide labor,” he said, adding they are also looking for more donations and more volunteers for the project.

Mayor Darren Braddy said he spoke with the head of the Delta Roping Club, which has a 99-year lease with the city on the barn, and they are “100% get it in Cooper.”

The goal of the alumni group is to have the new facilities ready by April, Steagall said.

For information about the project or to offer volunteers services or a donation, call Young at 903-517-3890.

Cooper’s City Council agreed to an interlocal agreement with the city’s volunteer fire department and housekeeping resolutions for the state grant to purchase a new fire truck.