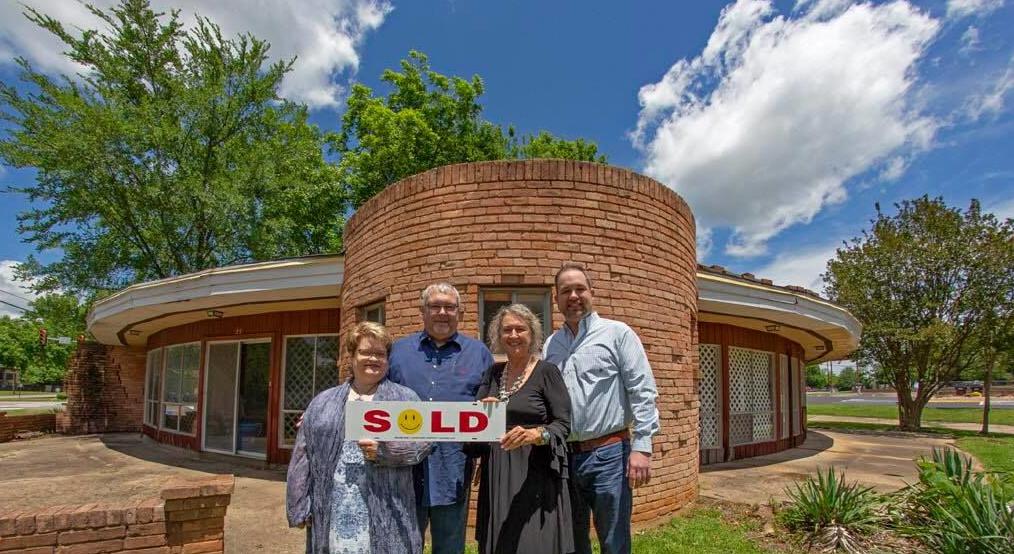 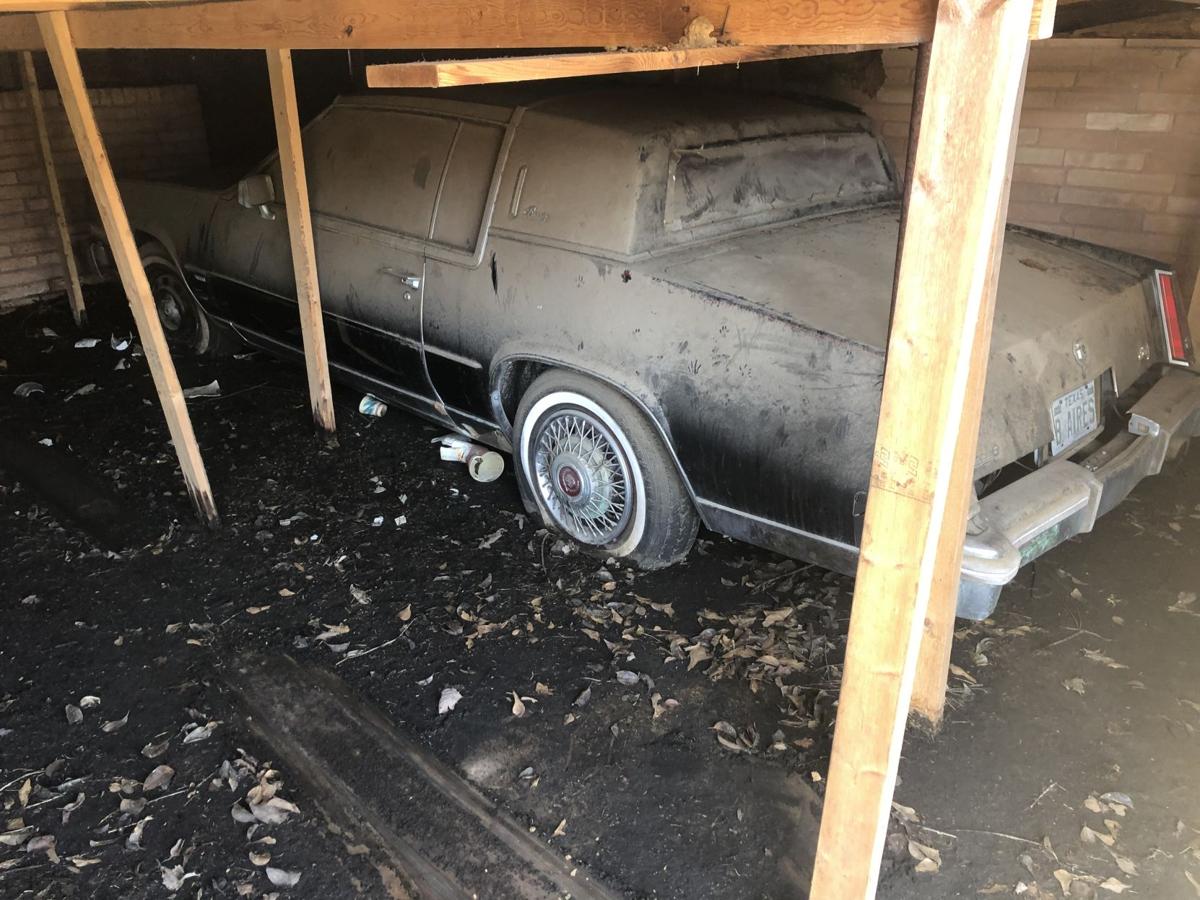 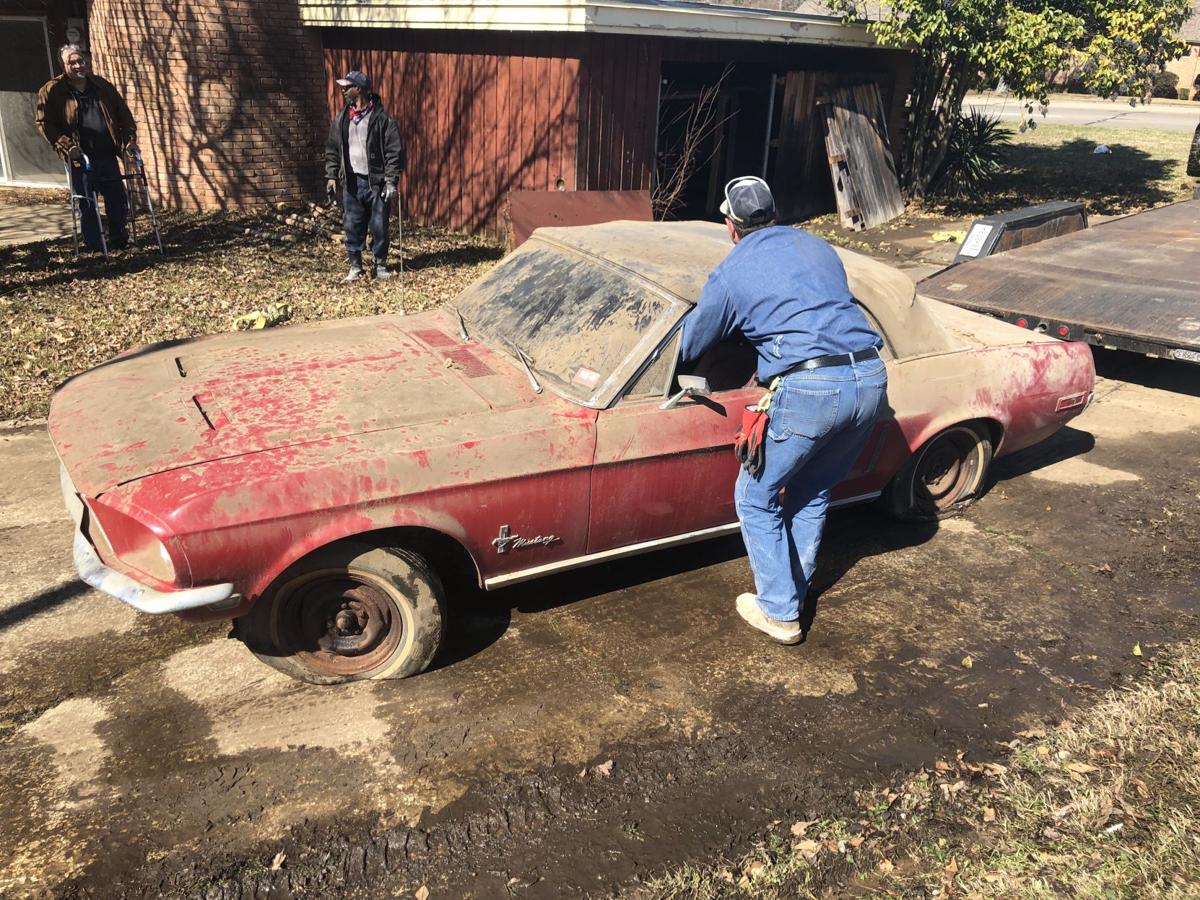 Found in the garage, this Ford Mustang has not been registered in 42 years.

Found in the garage, this Ford Mustang has not been registered in 42 years.

The iconic round house at the corner of Lamar Avenue and 31st Street will come to life again soon after sitting vacant for more than a decade.

One of more than 20 properties in the estate of the man who often could be seen sitting in the yard pulling weeds from his lush San Augustine lawn, the house will become an office for an undisclosed business.

Ben Faber, his niece and nephew say, could be described as eccentric. A graduate of West Point, he served his country and then became a world traveler involved in many successful business ventures. He died in October 2019.

“He loved to buy things but then never sold anything,” nephew Jeff Faber said, while Sarah Faber described her uncle as “generous to others but tight when it came to anything for himself.”

Having inherited the estate of their single uncle, the siblings are now liquidating the property with the goal of finding buyers who are committed to promoting their hometown.

“It’s more than money,” Sarah Faber said. “We want to find buyers who will love Paris as much as we do.”

The Fabers say they believe the next owners of the round house fit the description.

A three-bedroom, two-bath brick building, the house, built in the late 1950s or early 1960s, is a plan design of the famous American architect Frank Lloyd Wright. With the exception of one wall in the master bedroom, all other walls in the house are rounded.

Other than it’s builder, whose divorce led to the house going into foreclosure, the house has had two owners — Mel and Velberta Carr, who bought it from a bank in 1965 for $15,000, and Faber, who bought it in 1981. For many years, Carr worked as an instructor for the Southwest Ford Tractor Training Center, then located six miles north of Paris.

Contracted to liquidate the Faber property, Bentley Greb with Nathan Bell Realtors said he was quite surprised when he found two pricey cars sitting in the garage — a 1981 Biarritz Cadillac with 19,000 miles on it and a 1968 cherry red Mustang convertible. The cars were not included in the sale, Greb said.

“It’s truly an honor and privilege to represent the Ben Faber estate,” Greb said. “I sit back in awe in the amount of accomplishments he achieved in his lifetime.”

A Paris native, Greb said he respects the wishes of the Fabers to find prospective buyers who show an interest in preserving the history of Paris while looking forward to its future.

“So far, we’ve had quite a few successes,” Greb said, noting a property at 10 North Plaza is going to be a high-end cigar and whiskey bar, while 37 Clarksville St. is to be loft living, a bed and breakfast with a restaurant and speakeasy bar in the basement. The former Alexander Bike Shop at 17 2nd St. SW also sold but its future is not yet known.

The former Levine’s Department Store at 18 W. Plaza is for sale along with a warehouse at 310 Grand Ave. and the entire block of North Main and Pine Bluff both north and south sides of Pine Bluff to include the old North Main Tire Store. There are various other properties around town, Greb said.