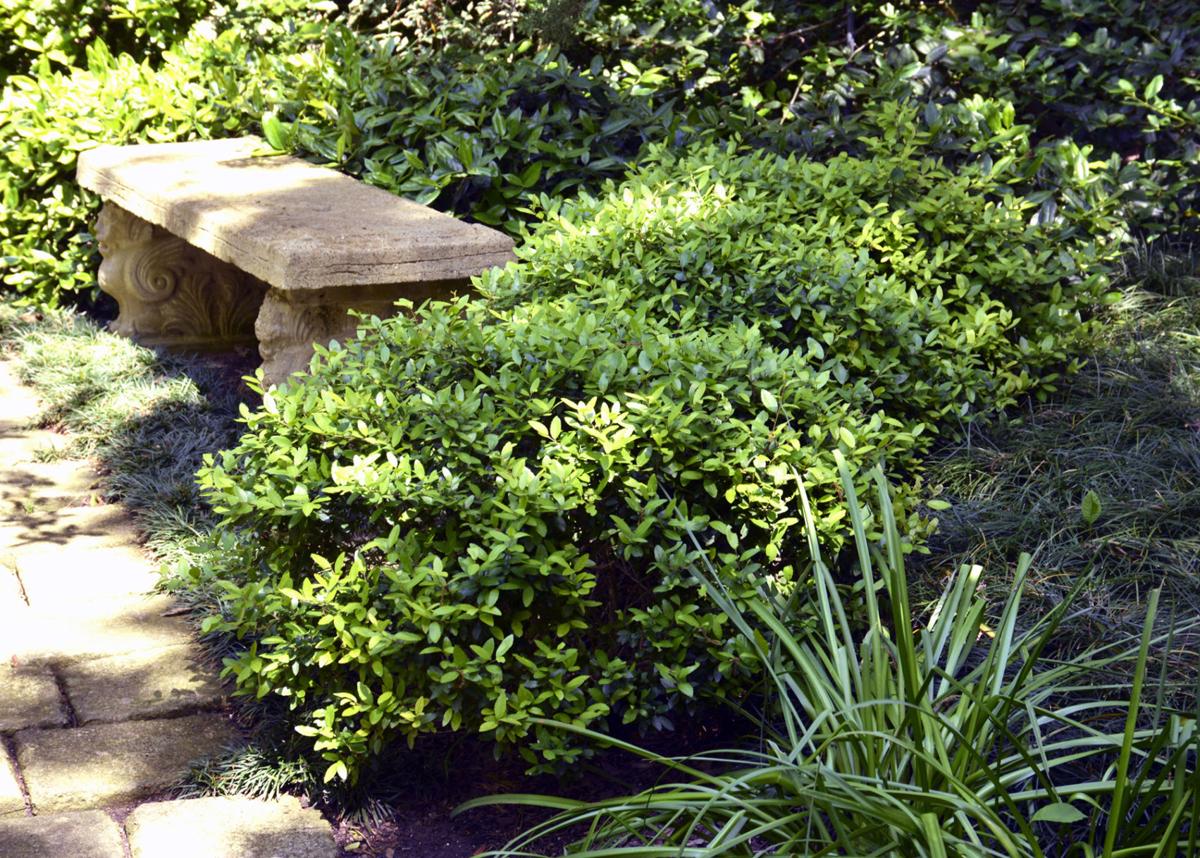 Dwarf yaupon hollies that could use a light trim.

Q. Dear Neil: I’ve seen your suggestions that dwarf yaupon hollies need to be pruned in January or early February. I did not get that done. Is it too late?

A. Probably not if you’re talking about just a light trim. I shear mine lightly to give them a rounded look, then I let them regrow naturally the rest of the growing season. I may remove one or two errant twigs over the course of the summer, but not much more than that.

Q. Dear Neil: We saw pine trees (we think) growing in Fredericksburg last weekend. I thought they required acidic soil, but those looked good. So do some in the San Antonio area. I believe they’re called Afghan pines. What is the story on those types that are growing in alkaline soils?

A. Afghan pines, also known as Eldarica and Mondell pines, were introduced from Afghanistan back in the 1970s. We thought we had a real winner for the western two-thirds of Texas, because finally we had a type that could handle the alkaline, dry soils. But within 15 or 20 years we began to see them suddenly die and we soon realized it was following periods of extensive rainfall. They can handle the drought, but they don’t fare well with wet soils. We have all pulled in our recommendations.

Q. Dear Neil: What is happening to this tree (see attached photo)? How can it be saved?

A. You have an Italian cypress, and it is dying from Seiridium stem canker. That disease plugs up the vascular system and the plant dies. It has ruined Leyland cypress as an evergreen screening tree across Texas, and more recently it’s also attacking Arizona cypress. Unfortunately, there is nothing you can do to slow its progress, especially at this late date.

Q. Dear Neil: I’m having trouble controlling weeds. I’ve used the “DIY” recipes containing vinegar, salt, bleach, etc., but with no results. We have two wells. What is the safest commercial weedkiller we can use and still drink the water?

A. I can help you with the broadleafed weeds. You’ll never see or hear me suggesting those concoctions of home remedies. Apply any of the labeled products containing 2,4-D as a spray directly to the weeds. There are combination products that also have ingredients that are active in the soil as they kill weeds through their roots. However, 2,4-D must go in through the foliage, so it would be my choice. It’s a bit less common in the market, but independent nurseries and hardware stores often handle it. Used according to label directions it will do exactly what you need. As for the weedy grasses, however, there is no product that will kill them without harming your permanent lawngrass. You will need to prevent their germination next time around by applying pre-emergent granules the last week of August or the first week of September.

Q. Dear Neil: My pecans normally all fall off by December. This year there are still pecans falling off now. Not just in my yard, but all over town. They look fine. What has happened?

A. If you crack some of those late-falling pecans open you’re going to find that most are hollow or shriveled up inside. They’ve been damaged by hickory shuckworms that tunneled through the shucks late last summer. They cut off the supply lines of nutrients and water to the pecans as they were enlarging. The damaged pecans don’t fall at the normal time, but hang well into winter and even early spring.

Q. Dear Neil: We have lost the past two years of peach and plum fruit to some animal that devours them at night, usually just a few days before they are ripe. Could raccoons or possums do that? We’ve seen both, but isn’t that a lot of fruit for one animal to consume?

A. Yes, it is a lot of fruit for one animal, but that would hold true for whatever type of animal might be doing the damage. I’ll bet you have a family of one of them that comes visiting. You might be able to put a sheet metal collar around the trunks for a few weeks, so they wouldn’t be able to climb the trees. That would only work, however, if the trees don’t interlace with other trees, a roof or a fence, etc.

Q. Dear Neil: I have an awful dose of fire ants in the area where I’d like to have a vegetable garden. If I put down the poison bait and then cover it with fresh soil, will the poison affect the vegetables and get into our bodies as we eat the produce?

A. I wouldn’t do that. My recommendation is always to read and follow label directions. If a product says that it shouldn’t be used in vegetable areas, you should not do so. I recommend using one of the bait products that give six or eight months of protection. Use it around the perimeter of the garden. The ants will find it and will carry it back to the mounds. Those products are very dependable, and you’ll find several on the market. There also are a couple of products on the market that can be used for mound treatments within a vegetable garden. Let a Texas Master Certified Nursery Professional help you. By the way, you really need to get your garden going. Most of your crops should be planted immediately.

Q. Dear Neil: My cedar trees have a strange jelly-like growth on their small branches. What is it, and do I need to be worried?

A. That’s cedar apple rust in one of its life cycles. Those patches on the small twigs will have a rusty red color, then the mass of gel develops. Later, all of that gets replaced by a corky growth. And then it moves to apple trees in the neighborhood. It’s really damaging to apples, but not to the cedar trees. I wouldn’t worry about it on your cedars.

Q. Dear Neil: I have a flowerbed that includes Esperanza. Unfortunately, it grows too tall before it starts to bloom. Is there a way to control that?