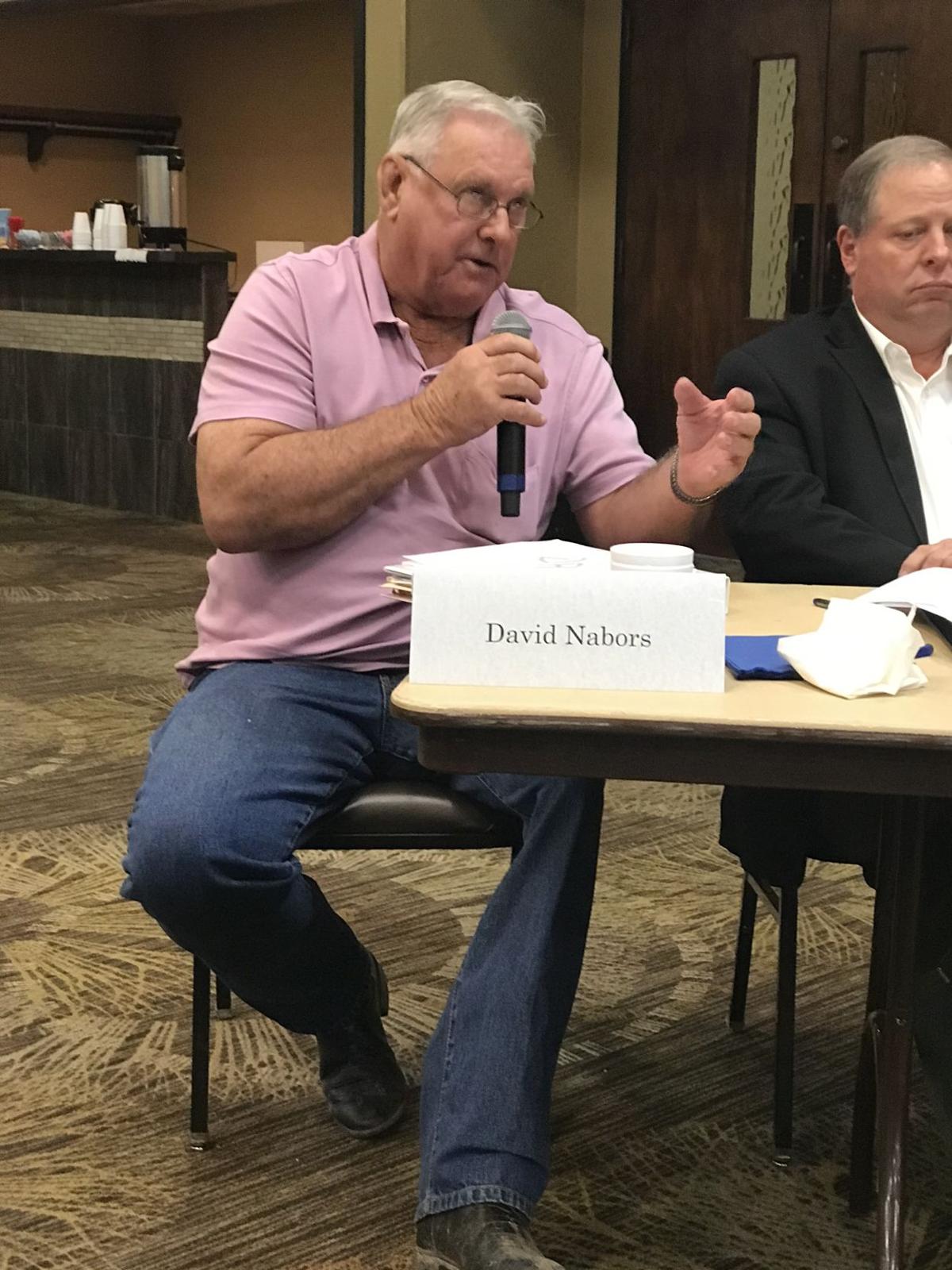 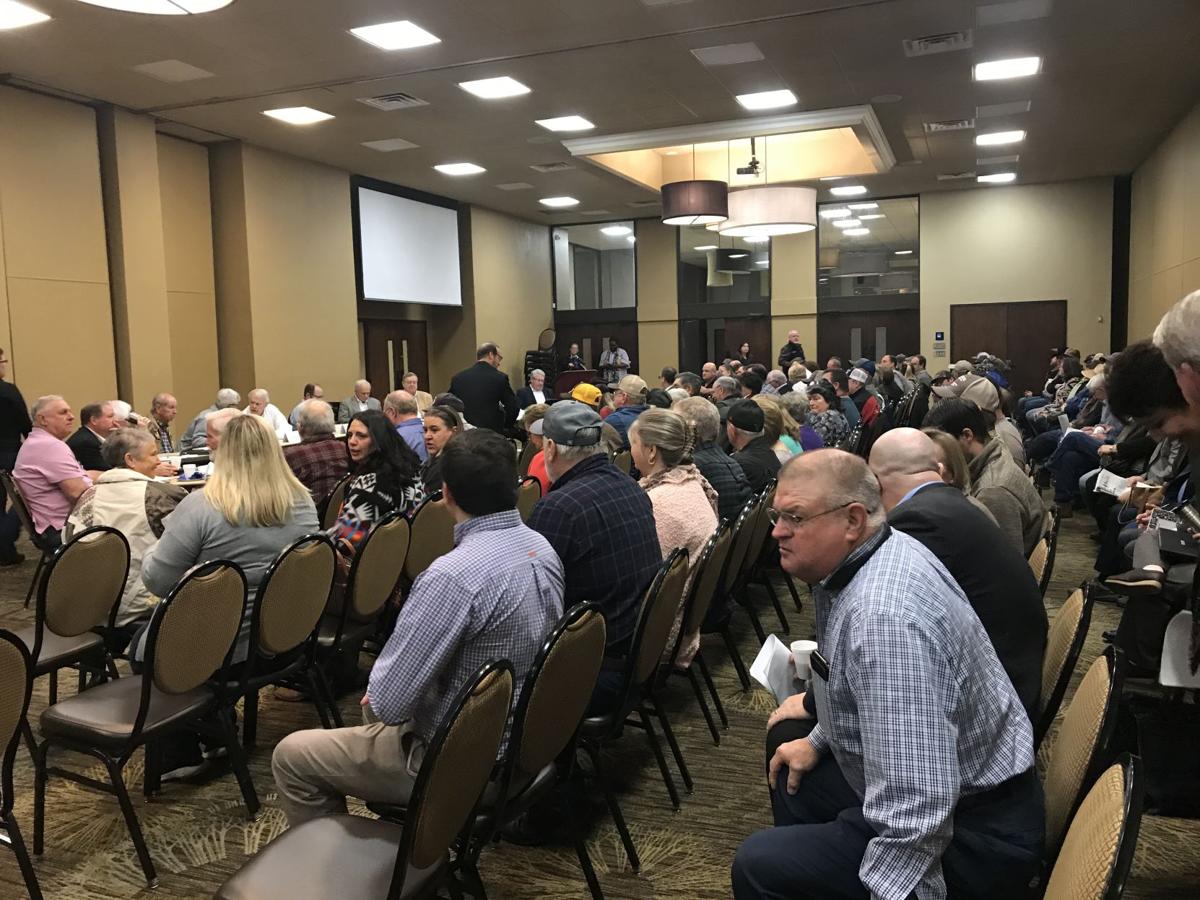 Well over 100 people showed up to Tuesday’s Marvin Nichols Reservoir meeting between Regions C, out of the Dallas metroplex, and D, representing Northeast Texas. The two groups couldn’t come to a decision. The proposed reservoir is mainly located in Red River County.

Well over 100 people showed up to Tuesday’s Marvin Nichols Reservoir meeting between Regions C, out of the Dallas metroplex, and D, representing Northeast Texas. The two groups couldn’t come to a decision. The proposed reservoir is mainly located in Red River County.

SULPHUR SPRINGS — The battle between a thirsty Dallas-Fort Worth Metroplex and Northeast Texas residents set on protecting a way of life continues.

A group tasked with resolving a dispute between the two regions about the proposed Marvin Nichols Reservoir, primarily in Red River County, came to an impasse Tuesday, and the decision about whether to continue meeting looms.

After a three-hour meeting moderated by a Texas Water Development Board representative, the 14-member committee stalled when members could not agree on a timeframe for building the lake — either 30 or 50 years in the future.

Region C representatives said planning for the lake needs to begin now in order to meet the needs of thirsty Dallas-Fort Worth by the year 2050 while Region D representatives insist on keeping 2070 as a target date if the reservoir, in fact, is the only option Region C has for supplying water to a population projected to double in size by 2050.

At the time, the two regions agreed that Region C will move Marvin Nichols as a designated strategy to the year 2070 in its 2016 regional water plan and will support Region D’s efforts to study alternate water supplies, resulting in the development of the 2021 regional plans, according to an official document. Region C agreed no permit applications would be filed for actual construction.

In an attempt to move the two groups toward conflict resolution, Texas Water Development Board representative Robert Gulley proposed keeping Marvin Nichols as a recommended strategy with an on-line decade of 2070 along with specific recommendations for studies by mutually agreed upon third party contractors to “evaluate the environmental and economic impacts of the reservoir, the estimated amount of any potential mitigation as well as the efficacy of alternative water supplies and water conservation strategies.” No permits would be filed through 2027.

With voiced agreement on everything in Gulley’s recommendation except the on-line target date, the two groups refused to move from their positions. That is when Region D committee member David Nabors of Paris recommended the committees take results of the meeting to respective planning groups and then decide if there is reason to have another sub-committee meeting to attempt to resolve an obvious conflict.

“We can take what we’ve got today before our respective boards and then we get back together to decide if we have a reason for a meeting or we don’t have a meeting,” Nabors said.

Region D is to meet at 1 p.m. Jan. 23 at the Region 8 Education Service Center in Pittsburg and Region C at 1 p.m. Feb. 10 at the North Central Texas Council of Governments in Arlington. Both meetings are open to the public.

COMMENTARY: A decade later, river basin authority and water board still at crossroads

Options being studied more than a decade ago when I was knee deep in covering the water debate about how best to provide the water needed to supply a fast-growing metroplex without devastating Northeast Texas are still being considered.