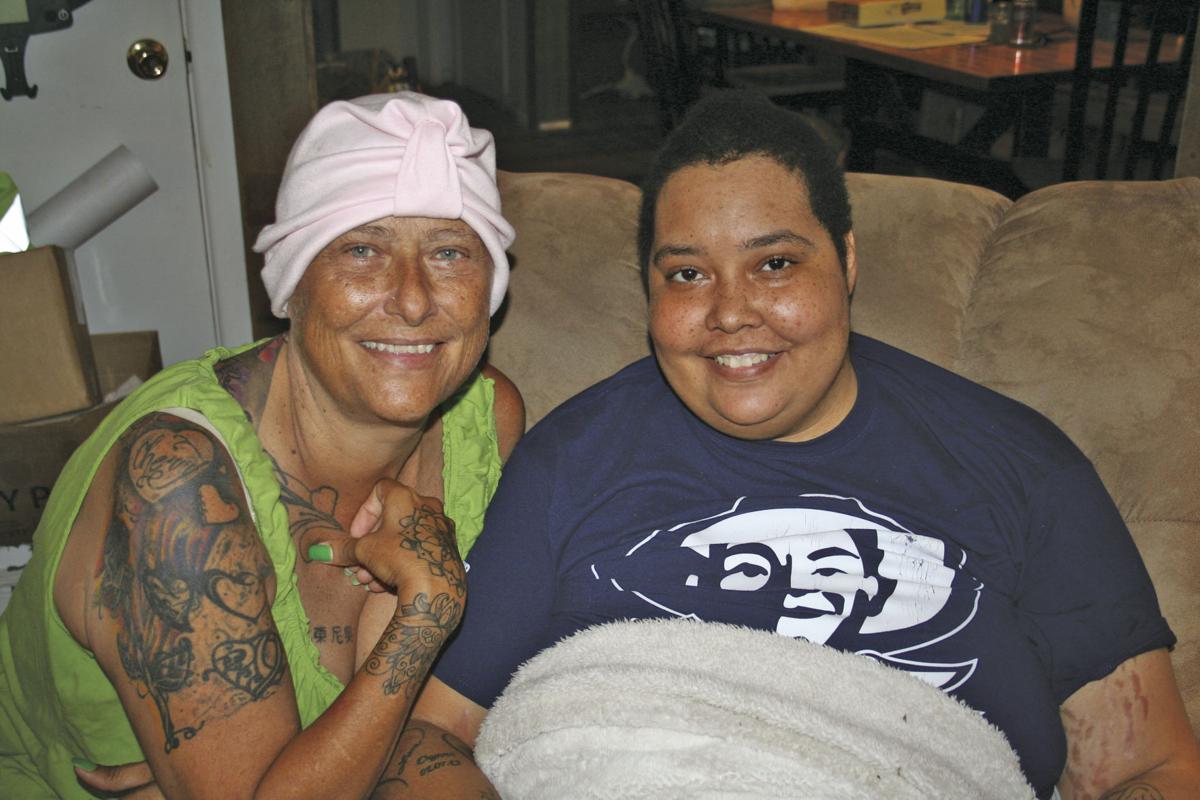 Cancer takes its toll on their bodies, but Shirley Harris, left, and her daughter, Christine Harris, stay strong in spirit. 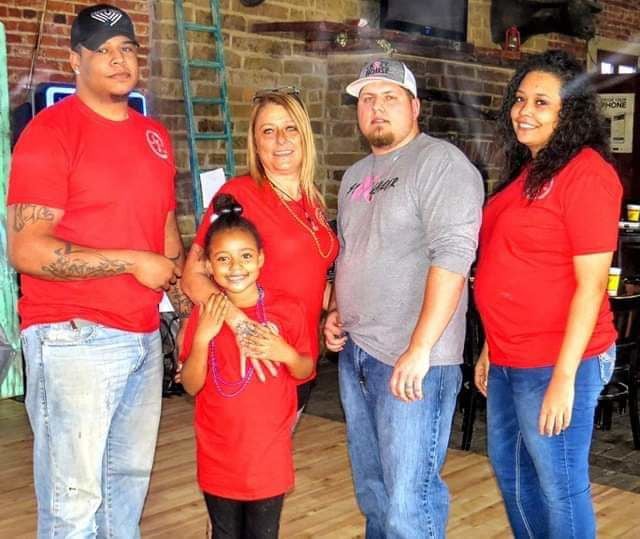 Shirley Harris, second from left, and Christine Harris, far right, are pictured in March with Shirley’s sons, Landon and Jeremy Smith, and Christine’s daughter, Chynna Harris, at a fundraiser for Christine’s funeral expenses.

Cancer takes its toll on their bodies, but Shirley Harris, left, and her daughter, Christine Harris, stay strong in spirit.

Shirley Harris, second from left, and Christine Harris, far right, are pictured in March with Shirley’s sons, Landon and Jeremy Smith, and Christine’s daughter, Chynna Harris, at a fundraiser for Christine’s funeral expenses.

A year ago, Shirley Harris and her 25-year-old daughter, Christine, were living the good life; both had jobs and an active social life. Today, the mother and daughter are fighting for their lives — Christine with brain cancer and Shirley with stage four lymphoma.

Family and friends are planning a fundraiser to help with medical bills for recently diagnosed cancer patient Shirley on Oct. 26 at Love Civic Center Pavilion, 2025 S. Collegiate Drive in Paris. An event in March for her daughter, after Christine learned she had less than a year to live, raised enough money for her final expenses.

“We were living life to the fullest without a care in the world,” Christine said from her uncle’s home on 45th Street NW in far West Paris, where Shirley’s brother insisted they live so he could provide for them.

But after suffering from severe headaches for several months, a seizure in October 2018 landed Christine in the emergency room. Paris Regional Medical Center staff sent her to Medical City Plano, where doctors diagnosed her condition and performed the first of two brain surgeries.

“I recovered pretty quickly from that surgery and thought I was good to go, but soon I started having headaches again,” Christine said, explaining the first brain tumor came back along with two others. “After I had the second surgery in January, I was told they could not operate again.”

Unfortunately, Christine can’t tolerate treatment patches applied to her scalp. She continues to have severe headaches, and she is losing some control of extremities on her left side.

“I stagger when I walk, and I’m exhausted most of the time,” Christine said, adding she gets strength from the encouragement of her 7-year-old daughter, Chynna, a student at Justiss Elementary.

“I am going to live past the year they gave me because of her, but when the Lord calls me home, I am ready,” the single mother said.

Two and a half months ago, Christine talked her mother into seeing about a knot on her neck, which had been noticeable for quite some time.

“I knew she wasn’t feeling well, having to take care of me and all, but I was really concerned about that knot, and I think Mom was a little afraid to see about it,” Christine said, adding both her grandparents died of cancer.

Shirley learned she has a spot on her lungs, and the cancer has spread to lymph nodes in her neck.

“I watched my parents die, and I had decided I would not take treatments if it happened to me, but I’m needed right now, and I need to stay around as long as possible,” Shirley said, explaining doctors told her she would have about six months to live without treatment and about two years with treatment.

Shirley said chemo is rough, with three-day treatments every 21 days.

“It hurts, and now I’ve lost all my hair,” Shirley said.

“But you are just as beautiful without it,” Christine quickly interjected.

Although facing life’s most challenging battle, the mother and daughter continue to lift one another in spirit and to encourage one another to continue the fight.

“Everything mom said to me this last year, I’m throwing right back at her,” Christine said.