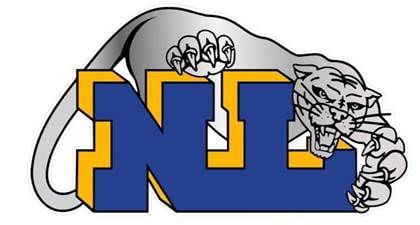 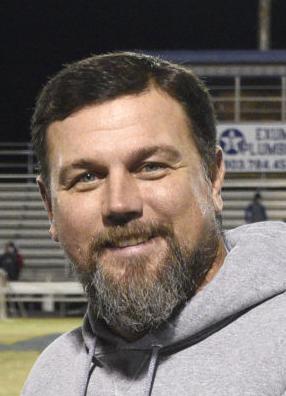 North Lamar ISD administrators and Athletic Director Aaron Emeyabbi remain closed-lipped about his future with the district after school trustees took no action on his contract at a Monday night meeting.

“The board took no action last night on the athletic director’s contract,” Superintendent Kelli Stewart replied to a Paris News email inquiry Tuesday.

Other administrators and directors, however, received unanimous board approval on a superintendent recommendation after meeting almost an hour behind closed doors.

“I move to approve the superintendent’s recommendation regarding administrator and directors’ contracts,” Sheila Daughtrey said in making a motion. Joel Sanders offered a second, followed by a unanimous vote.

Now in his fourth year as athletic director and head football coach, Emeyabbi made no comment to an email request Tuesday other than to say he is under contract through 2021.

After the board vote Monday, Mark Keys spoke in public forum.

“He moved his family here and uprooted them, and four years is not enough time to get anything done,” Keys said, as he recognized a handful of high school athletes sitting to the left of the speaker’s podium where they had been for the duration of the meeting.

“I feel like the board should represent everybody that is here and be representative of what the people, the family and the community of North Lamar want,” Keys continued.

Keys then made a surprising request.

“The board should take that into consideration and have a public vote whether to review coach Emeyabbi’s contract or not,” Keys said. “He deserves the respect to know if he has a job or if he doesn’t have a job. I feel like the man needs an extension on his contract.”

Earlier in the day, social media comments about the athletic director became active after a post by Daryl Felsberg, a senior athlete’s father, who urged Emeyabbi supporters to turn out for the meeting. Although there were more than 100 people in attendance at the beginning of the meeting, most of the crowd dispersed after students and community members were recognized for awards and contributions.

The two teams battled back and forth during regulation play with the game tied 2-2. After two 10-minute periods of overtime, the score remained tied and that sent the teams into a shoot-out.