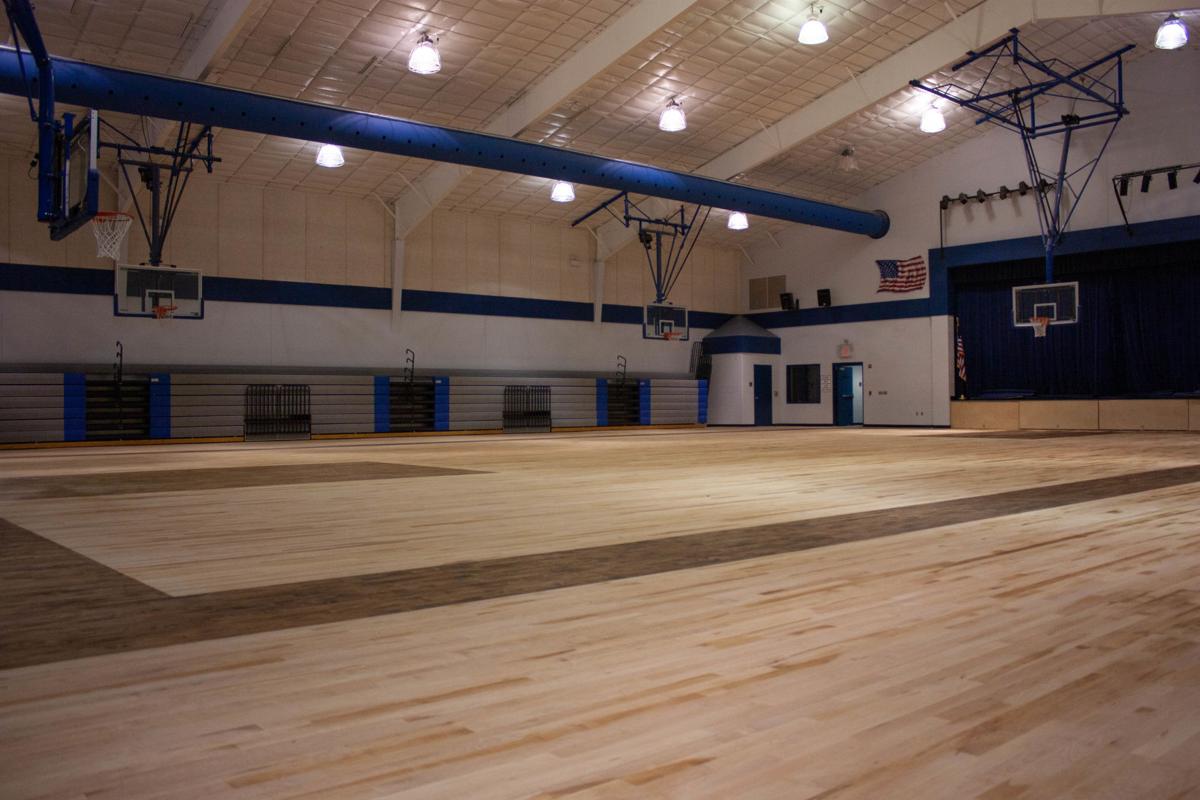 Detroit ISD is revamping its elementary and high school gyms, a project it hopes to complete by Saturday. Here, the high school gym is receiving a rare stained-border design. 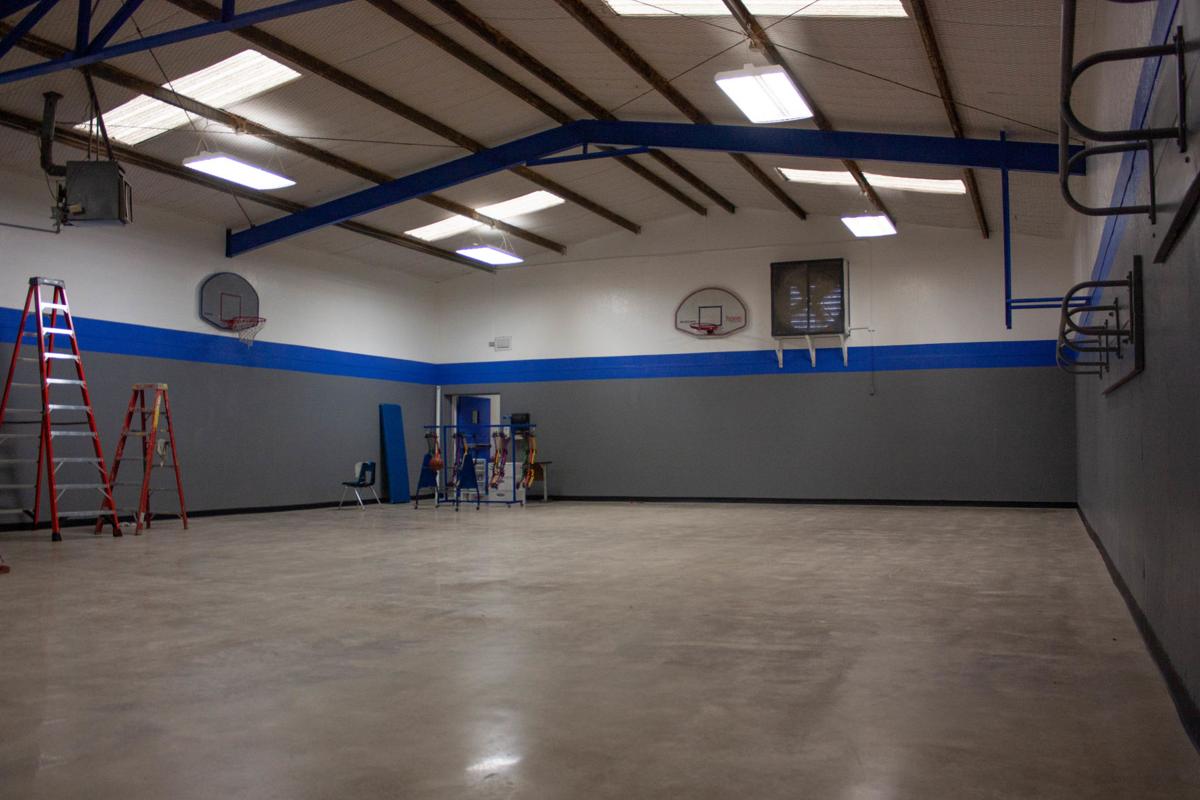 Renovations to Detroit ISD's elementary school gym have included installing a speckled rock patterned concrete floor and freshly painted walls that include a white portion close to the ceiling to make the room feel more open.

Detroit ISD is revamping its elementary and high school gyms, a project it hopes to complete by Saturday. Here, the high school gym is receiving a rare stained-border design.

Renovations to Detroit ISD's elementary school gym have included installing a speckled rock patterned concrete floor and freshly painted walls that include a white portion close to the ceiling to make the room feel more open.

The show, or in this case the tournament, must go on. To that end, Detroit ISD has partnered with Trinity Christian Academy to have somewhere for the Eagles volleyball team to play while work to restore the district’s elementary and high school gym floors is underway.

Typically, officials said, gym floors are refurbished every 10 to 15 years to maintain quality. The gyms in Detroit High and the elementary schools were due for new floors since both were over 10 years old, and as luck would have it, Trinity Christian Academy in July had just finished its long-awaited new gym.

With Detroit’s volleyball season having started Aug. 1, the team turned to their district’s middle school gym for weekly practice.

With the tournament — play is today through Saturday — looming and work underway, the Eagles needed a gym ready to host it, and they found it at Trinity Christian Academy.

“UIL lets volleyball teams play in three tournaments a year, and this is one of ours. This is the second year for us to host the tournament. Roxton hosted it for 15 years, and we picked it up last year.” Allensworth said.

Games run from 9 a.m. to 8 p.m. today and Friday. Saturday times were not determined by press time.

In the meantime, crews are continuing to work on Detroit’s gyms in the hopes they’ll be ready for the start of the school year. The district is investing $6,000 in elementary school gym renovations, with administrators saying its previous condition — floors of blue carpet tiles and bland, dark walls — fell below the bar of what school officials wanted for students.

Students were prone to scrapes and carpet burns on the old floor, and the dimming effect of the walls gave the room a claustrophobic atmosphere.

Renovations have included installing a speckled rock patterned concrete floor and freshly painted walls that include a white portion close to the ceiling to make the room feel more open. An office was taken out to create more room for the gym as well.

In the high school, floors are being sanded down, revarnished and redesigned to include a stained border instead of a painted border, and it will have the Eagles’ logo in the middle of the court.

The man working on the high school floors is Freddy Rude, who has done floors for notable stadiums throughout Texas. He said the stained borders design is a rare choice Detroit made.

“I don’t know (any) school that has it, and I’ve been doing floors for 27 years,” Freddy said. “It’s going to be beautiful.”

Allensworth hopes the floor will be done by Aug. 10.

Rebecca Chira is a freelance writer and photographer for The Paris News. She is a senior at Trinity Christian Academy.