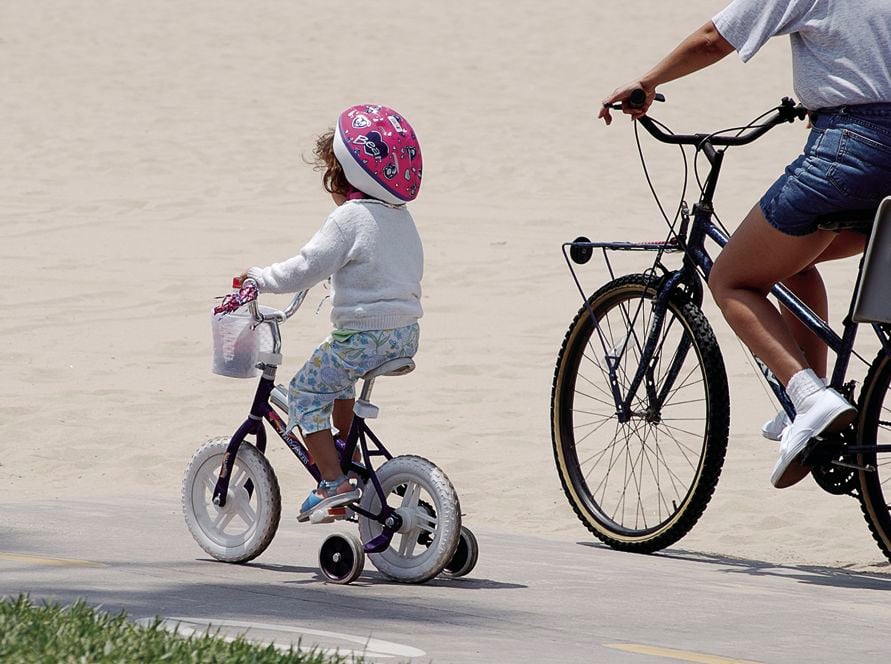 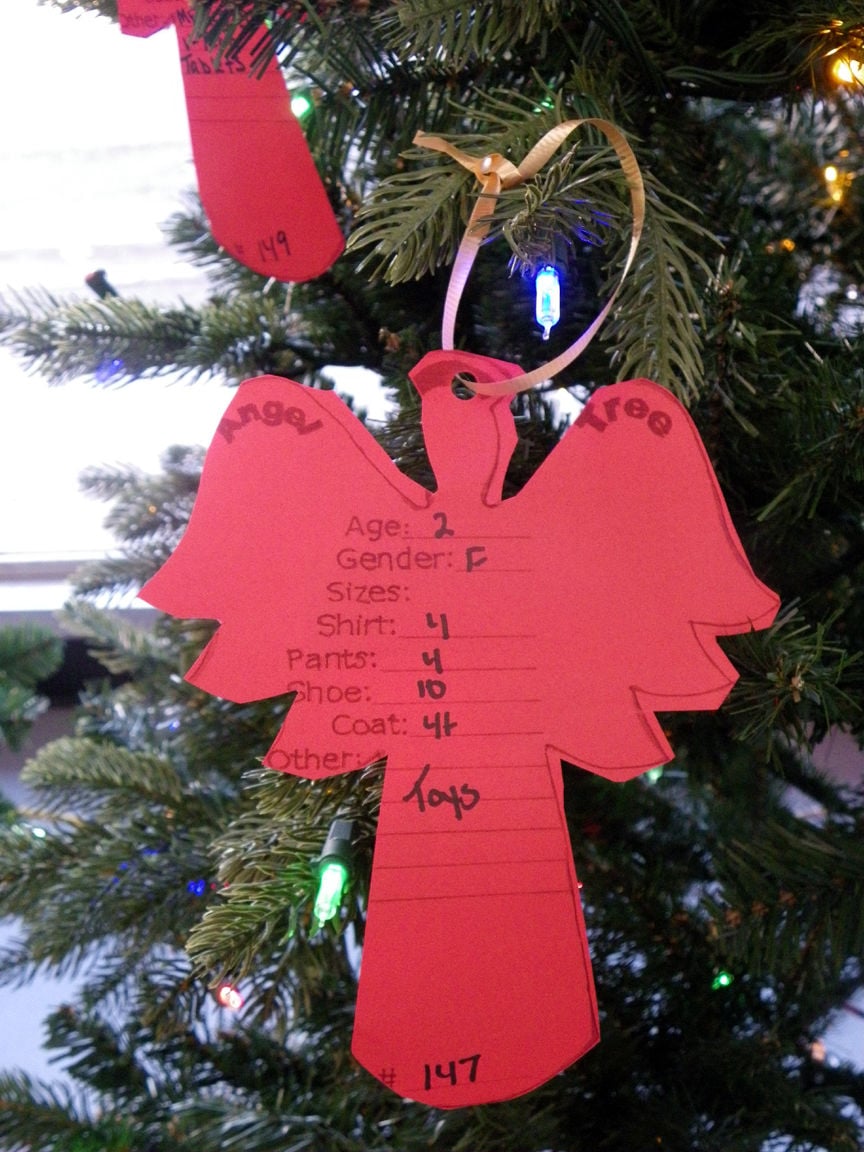 A tag on an Angel Tree in the front window of Ace Hardware in Hugo, Oklahoma, bears information about a child in need of a little Christmas cheer this year. 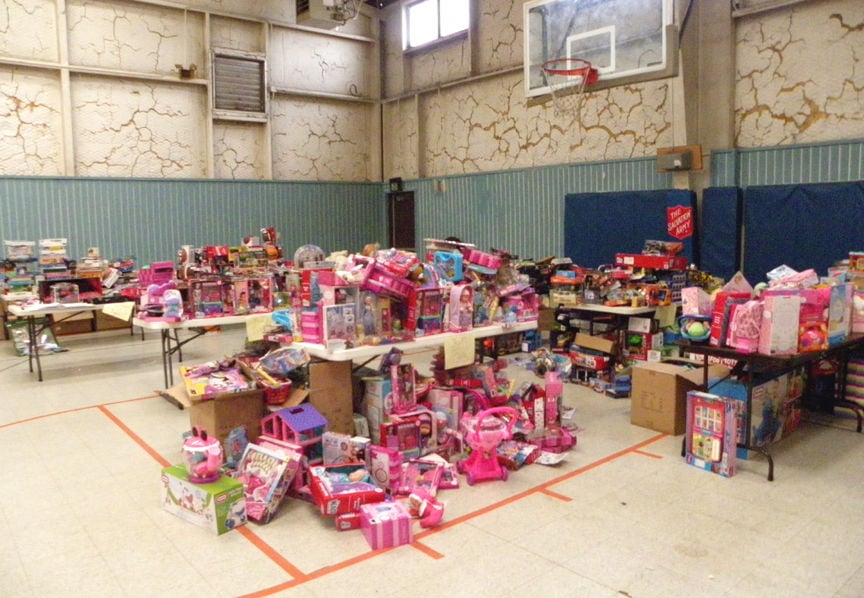 Toys await children and parents at the Salvation Army's gym in Paris. 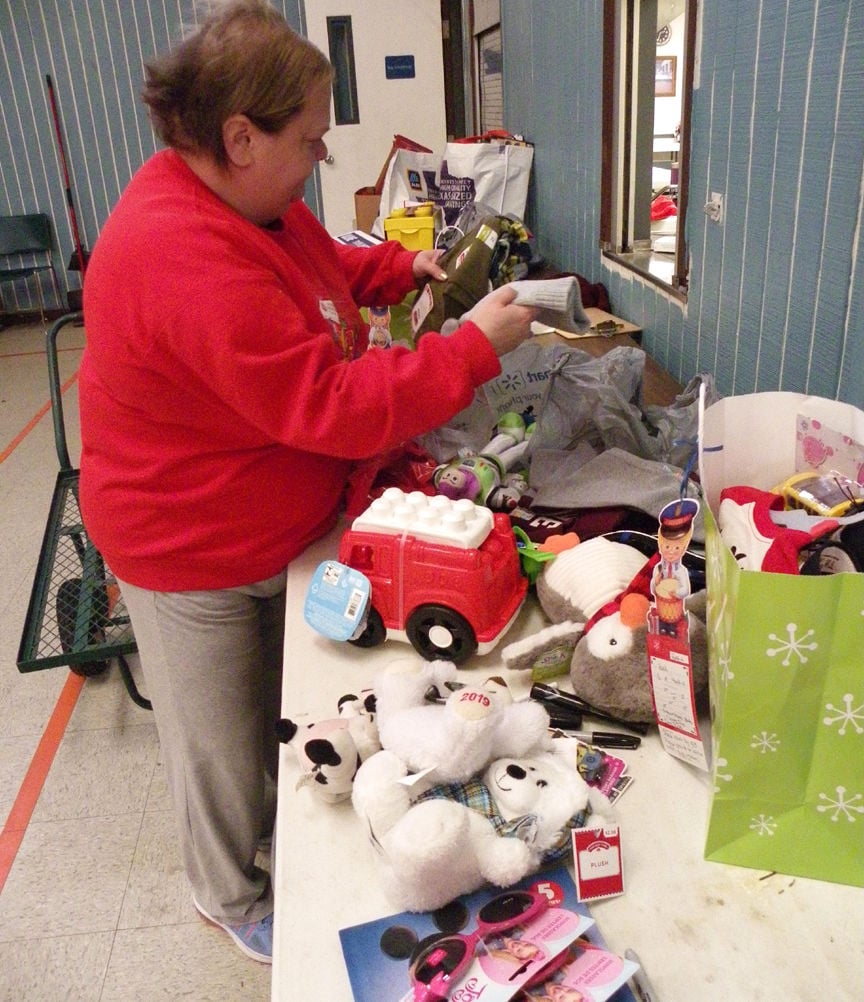 A tag on an Angel Tree in the front window of Ace Hardware in Hugo, Oklahoma, bears information about a child in need of a little Christmas cheer this year.

Toys await children and parents at the Salvation Army's gym in Paris.

Toy requests are a hot topic during the Christmas season, so The Paris News reached out to local service organizations to learn what items top children’s wish lists.

Bicycles are by far the most-requested item every year.

“Bikes were a big one. Part of the independence of a child is going on two wheels. It’s that first freedom,” said John O’Donnell, former program coordinator the Toys for Tots program in Lamar County.

O’Donnell, a retired Marine Corps gunnery sergeant, served as coordinator for the local Toys of Tots program from 2013 to 2018. He stepped down this past year due to other commitments. But his six years of service with the Toys for Tots program gave him insight into what children ask for the most when it comes to Christmas.

In addition to bikes, which are requested by children of various ages, O’Donnell said younger girls often ask for baby dolls and Barbies.

Toys for Tots doesn’t ask for gifts for 13- to 18-year-olds, but often receives donations that are appropriate for that age group. In those instances, the items are given to youths directly or through other community programs. That’s because the Toys for Tots program adheres to the idea, “No child is left behind — a mantra that embodied the Marine Corps pledge, “Once a Marine, always a Marine. Never leave a Marine behind.”

O’Donnell reiterated, “Children are the future of the nation.”

Current coordinator Shawonna Rhoades has been with the organization for 10 years and does a lot of shopping for items that were requested but haven’t been donated. One of the hottest items requested is the American Girl Doll.

The boys are wanting Nerf guns and remote-control cars.

Older children are a group that hardly ever gets adopted, Rhoades said. The girls want makeup and art supplies. The boys want anything that is remote control.

A couple of the more uncommon requests this year include Bibles and clothes.

Christians in Action founder Don Walker of Paris said his organization assists people throughout the year.

“Not just at Christmas. Hope needs to go year-round,” he said.

Since starting the organization in the early 1980s, Walker has collected good, used toys.

He said the residents at the Christians in Action Men’s Shelter cleans them up, make repairs when needed and puts them up until the holiday season.

“We don’t sell anything. We give everything away,” Walker noted.

“That’s pretty well requested most of the time,” he said.

Bikes are not the only items available though.

“We have all kinds of toys,” Walker said.

With the donations the organization receives, he can provide watches, wallets and speakers to older children as well as socks, gloves and toboggans for all ages.

“At Christmastime, we give away (lap) blankets. We give a lot of those away,” he said.

Teen girls like name brand items, such as Nike socks and Jeggings. They also welcome fingernail polish and anything from Bath and Body Works.

Bikes, LOL Surprise, headphones, jewelry, cologne and perfume were among the most wanted items. A couple of girls also asked for more unusual items — dinosaurs and farm sets, she said.

Glendra Gunishaw-Johnson serves as bookkeeper and office coordinator for the Salvation Army and said bicycles are always on the list of wanted items.

This year’s top requests by younger girls are Barbies and anything associated with the movie “Frozen,” while boys are asking for cars, remote-control toys and action figures.

For babies, parents are wanting clothes.

Gunishaw-Johnson said the Salvation Army exemplify its slogan, “Where We Do the Most Good.”

Choctaw County Youth Services “Angel Tree Program” provides new toys to 260-plus children each Christmas. Their most-requested items this year were as follows:

For ages 13 and older: Perfume and cologne, bikes, Tablets, makeup, coats and clothes.

“With a lot of our teens, we do clothing and perfume/cologne sets since they are harder to buy for at times,” Support Service Director Crystal Alexander said.

She also noted, “We have wrappers who come in that volunteer to wrap presents for us before we send them out the door to the kids. We are dispersing our gifts this year on (December) 19th and 20th.”

‘Tis the season for gift cards

According to Global Market Research, digital gift voucher numbers are soon estimated to reach $698.2 billion globally. The report also highlights a growth rate expected at 10% annually from 2015 to 2025.