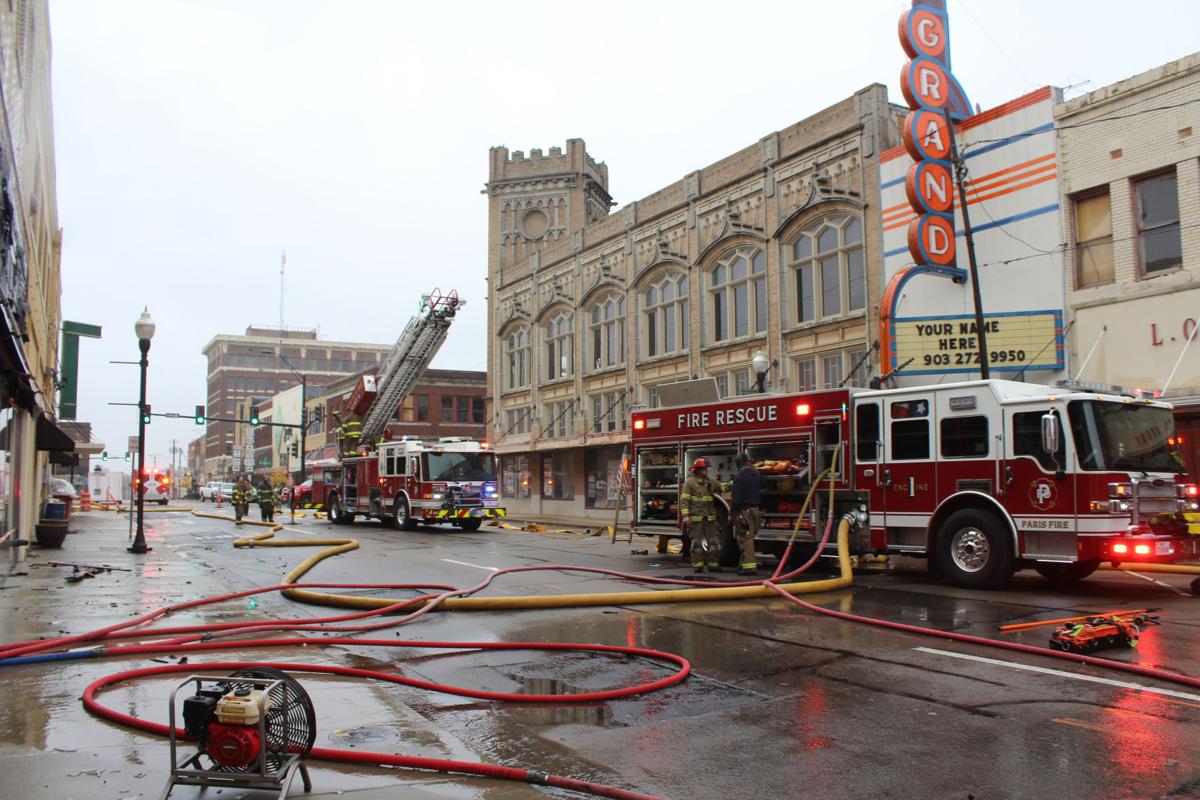 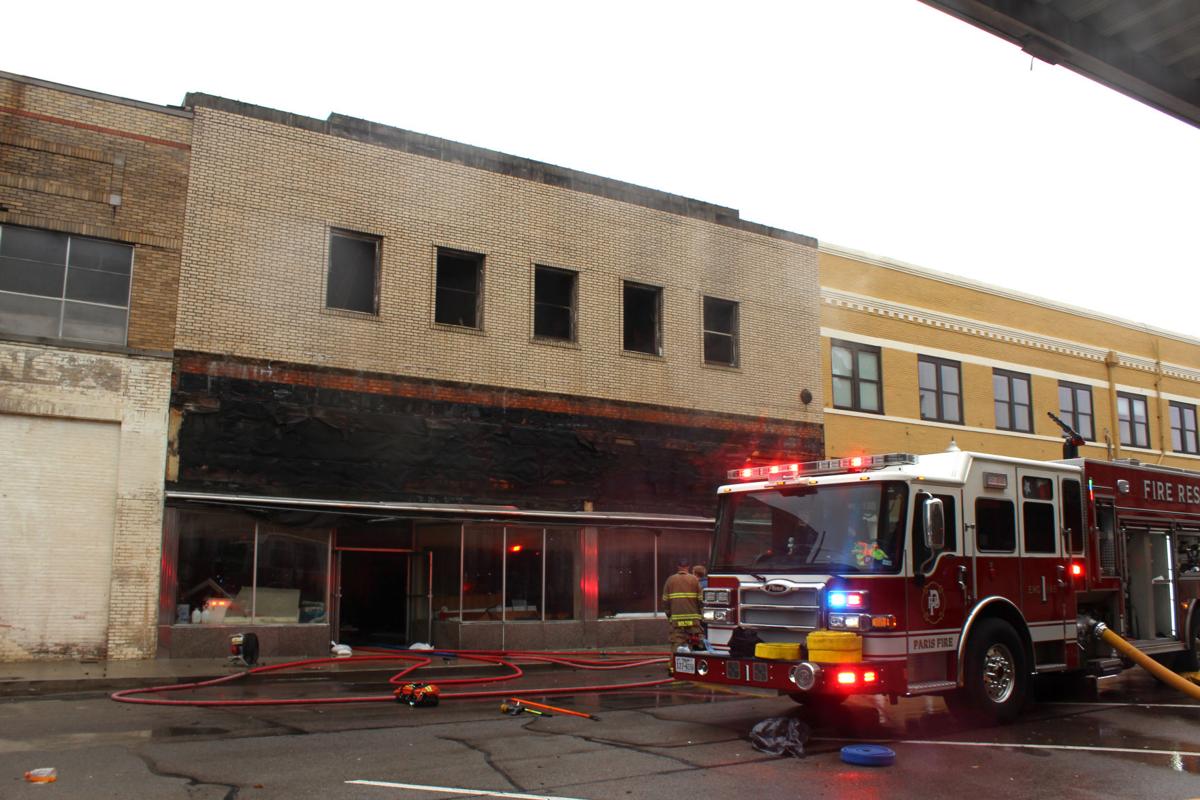 Owner of the building Maverick Priest said he can’t assess the internal damage at 7 E. Plaza until after the state fire marshal has done an inspection. 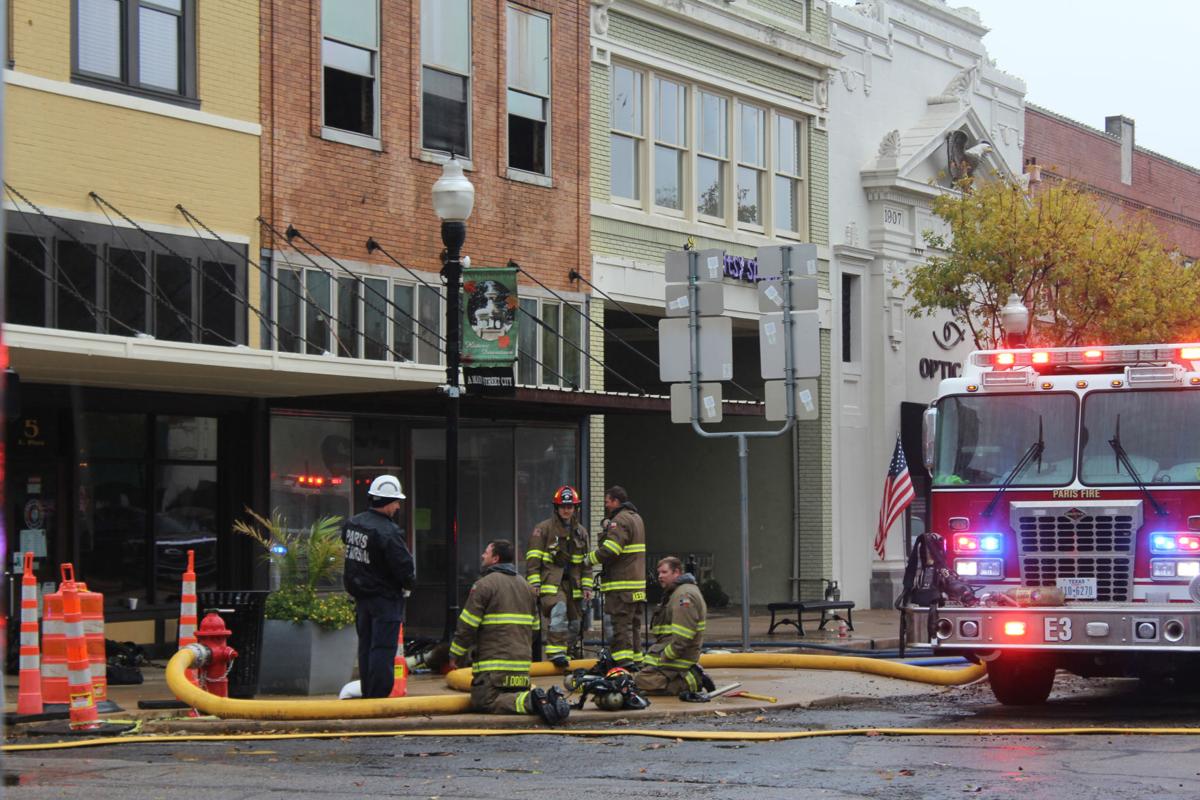 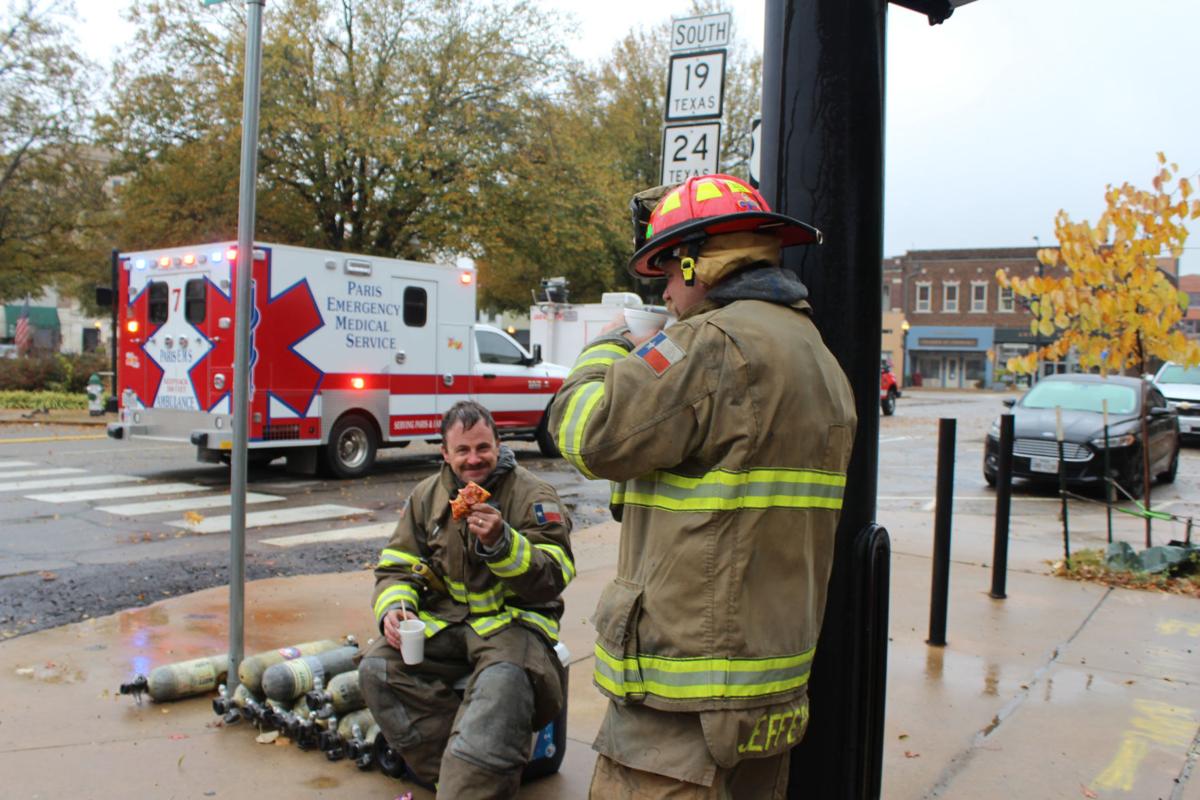 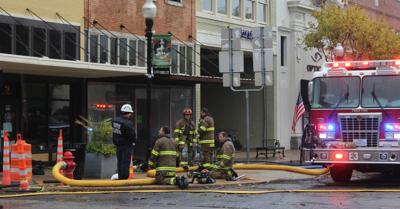 Owner of the building Maverick Priest said he can’t assess the internal damage at 7 E. Plaza until after the state fire marshal has done an inspection.

The state fire marshal is arriving today to investigate the cause of a fully-involved structure fire that shut down much of downtown Paris Monday, Interim Fire Chief Thomas McMonigle said this morning. As of press time, the cause and origin of the fire are still unknown.

“The light of day will show better, and they will probably have a better idea by tomorrow of the damage and what caused it,” McMonigle said.

As of this morning, property owner Maverick Priest said he does not know anything about the cause of the fire or the extent of the damage. He has been waiting to enter the building until the state fire marshal arrives, he said. The inspection is expected to take all day.

The department kept an engine staffed with firefighters outside the building Monday night to watch for hot spots, McMonigle said. It was a quiet night with no further flames.

First responders received the call at 6:40 a.m. Monday at 7 E. Plaza, and upon arrival found the building consumed in heavy smoke with flames emanating from the upstairs.

McMonigle said previously there were difficulties in fighting the fire, as the high temperatures in the building limited access. Water supply was also hindered due to heavy construction in the area.

“The construction guys have been great in helping us, but it did lead to diminished water when we started fighting the fire,” he told The Paris News previously.

To better fight the fire, much of downtown was closed off, from roughly 2nd Street to the downtown square. McMonigle called the area “kind of a mess” between the trucks, water supply and construction, and recommended people avoid the area while the scene was still active.

After extinguishing the flames, cleanup efforts took hours Monday, with most firefighters remaining on scene until close to 2 p.m. Taco Delite provided catering and other services for emergency services personnel.

Almost the entire department responded to the call, McMonigle said. Those off-duty were called in, and an estimated 37 firefighters total battled the blaze. Although the fire was contained to 7 E. Plaza, multiple adjacent businesses including 1st Street Media and Itsy Bitsy Spider reported smoke damage.

It does not appear that anyone was in the building when it caught on fire, McMonigle said, and no firefighters were injured in the line of duty.