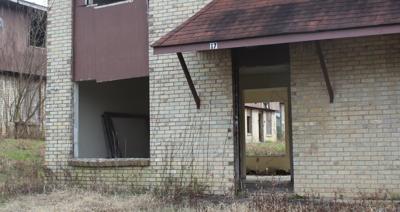 Paris City Council gave approval at Monday’s meeting for the property first to be auctioned at a tax sale, with a minimum bid of $170,000 to cover taxes and other penalties. If the minimum bid is not received, the city can choose to sell the property at a sheriff’s sale for a lesser amount, according to interim city manager Gene Anderson.

“Because of legal procedures required, the earliest possible sheriff sale date would be Jan. 7,” Anderson said.

After dealing with legalities for more than a year, delinquent tax attorney Tracy Pounders with Pounders Law Firm in Dallas recently obtained a default judgement against the property, which allows the city to proceed with its sale.

Due to the death of the owner, Pounders had difficulty contacting a representative of Westgate owners Property Partners, the attorney told The Paris News in January. He first filed default litigation in April 2018.

Westgate has been vacant since 2009 when the federal Housing and Urban Development program pulled the contract on the apartments following notification from the Paris Housing Authority that the complex was in violation of maintenance, according to an October 2009 Paris News article. Residents were moved to other facilities and Section 8 rental properties.

The complex has gone downhill from there, switching owners and eventually becoming abandoned, city code enforcement official Robert Talley said in January. The latest attempt to resuscitate Westgate came from Property Partners, which purchased the apartments in 2011.

“It’s always something over there,” Talley said, adding the last attempt to fix Westgate ended when asbestos was found in the construction. “Instead of encapsulating it, they disturbed it. Then (the Texas Commission on Environmental Quality) came in.”

The commission shut down the work being done at the time, Talley said.

In addition to Westgate, councilors approved a resolution calling for the sale of 37 other tax struck-off properties at the January sheriff’s sale..

“The city could possibly receive its prorated share of delinquent taxes plus recover some or all of its abatement expenses,” Anderson said in an agenda memorandum.

Councilors also approved a zoning change from 2F residential (duplex) to MF-1 residential (multi-family up to three stories) at the corner of 19th NE and Booth streets on a 3-2 vote with councilors Derreck Hughes and Billy Trenado absent. Renae Stone and Paula Portugal cast the no votes with Steve Clifford, Linda Knox and Clayton Pilgrim voting in favor.

“We just denied a similar (nearby) request and now we are looking at approving one,” Portugal said before the vote. “I think that is inconsistent.”

On a 5-0 earlier vote, the council denied a change from 1F residential to MF-1 residential at 603 12th St. SE. Drainage problems affecting neighborhoods throughout the southeast part of the city increased traffic in the vicinity of planned multi-family units were concerns expressed by those speaking against both zoning changes.

City engineer Carla Easton explained the 12th Street SE request would allow developers to construct multiple units on 1.9 acres without having to subdivide the property, which would require them to construct a public water line, sanitary sewer and public street through the property. The zoning change would allow the development to proceed as a privately owned property without those utility additions; thus the staff recommendation to deny the request and follow Planning & Zoning Commission’s 5-0 vote, Easton said.

Councilors began public hearings and then tabled decisions on both the creation of a Tax Increment Reinvestment Zone and an ordinance regulating the use of shipping containers as permanent storage structures in both commercial/industrial and residential areas.

It's about time. Should have been done years ago. Who's going to want to buy it now that it's a complete eyesore?