Starting at
$14.00 for 30 days
Get Started
View all rates
You are the owner of this article.
Edit Article Add New Article
Home
News
Opinion
Be Heard
Sports
Classifieds
Obituaries
Customer Service
e-Edition
Paris Life
1 of 6 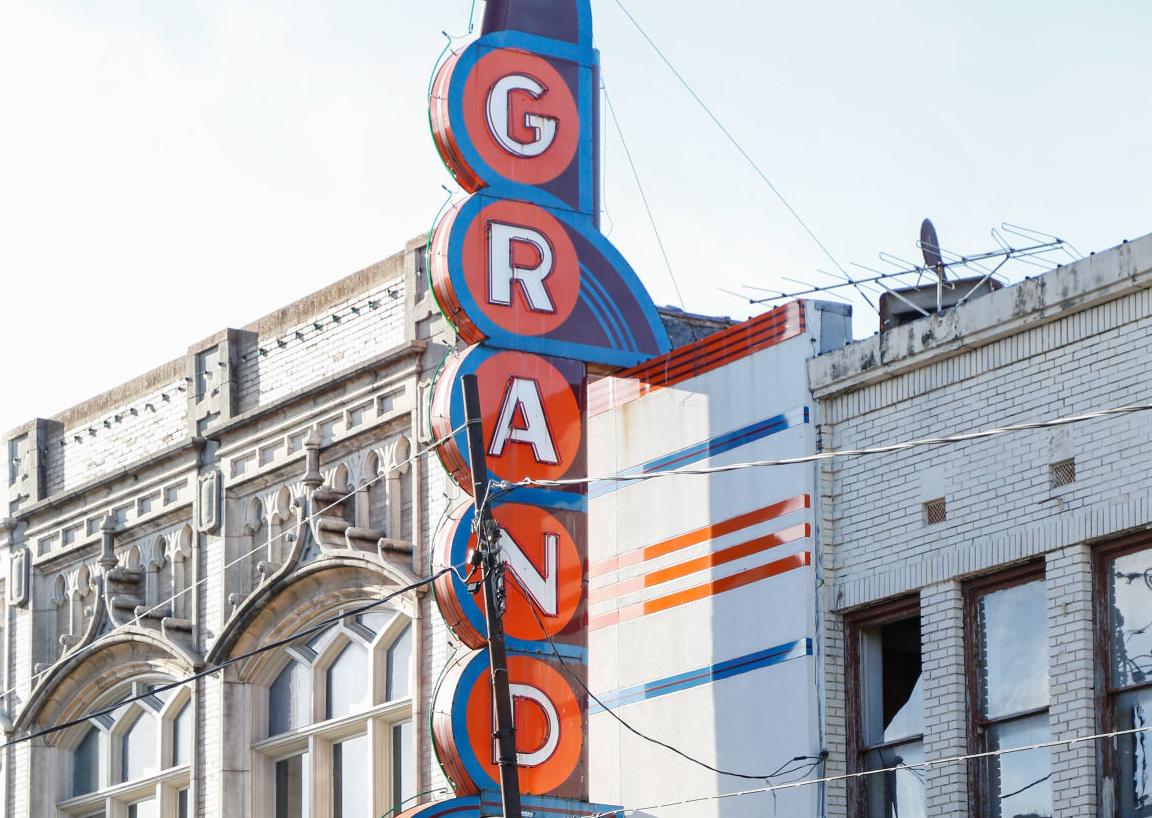 The Friends of the Grand have come together to form a non-profit organization dedicated to restoring The Grand Theater in downtown Paris. 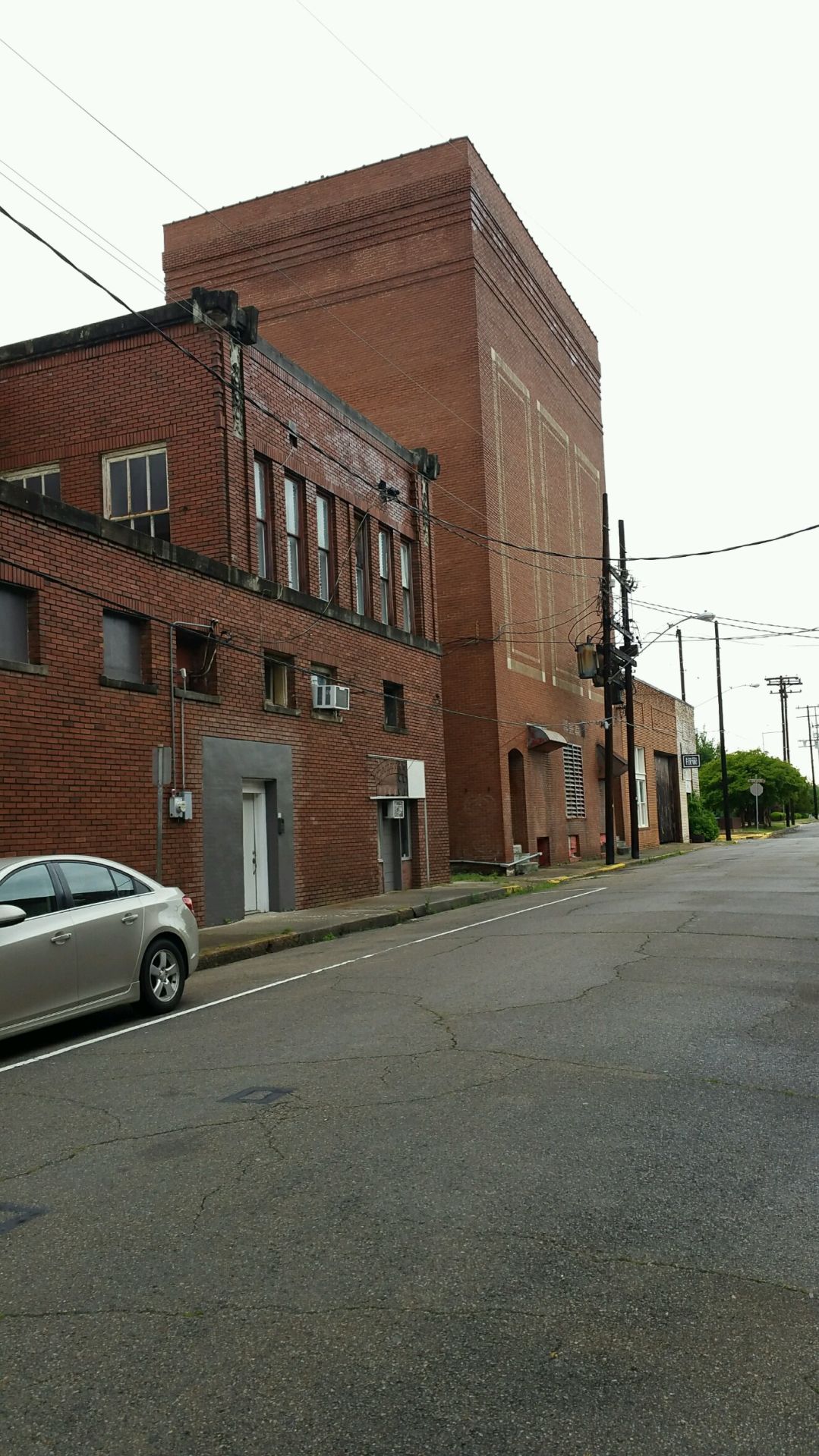 The theater space of The Grand Theater is actually approximately three stories tall, creating an L-shape around the Cotton Harvest Boutique, with The Grand tower rising up along First Street downtown. 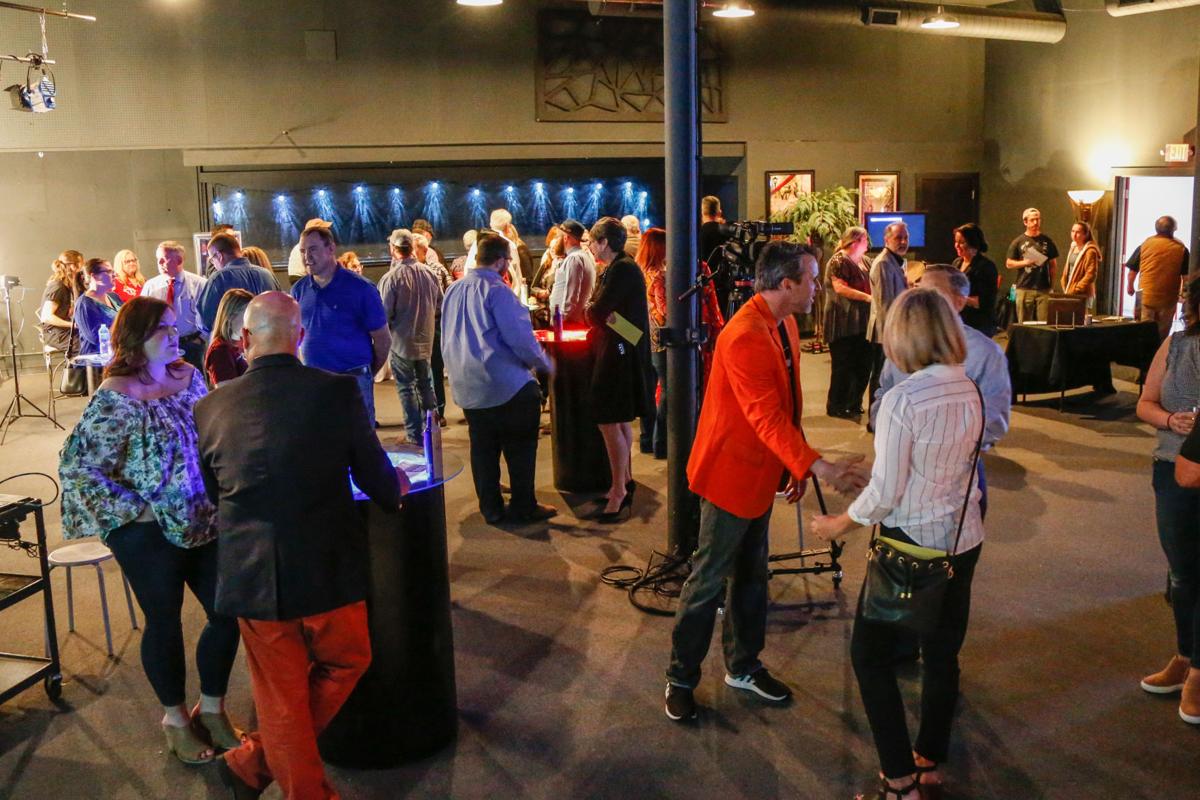 People gather at 1st Street Media on Thursday for the special preview of the restoration project of the Grand Theatre. 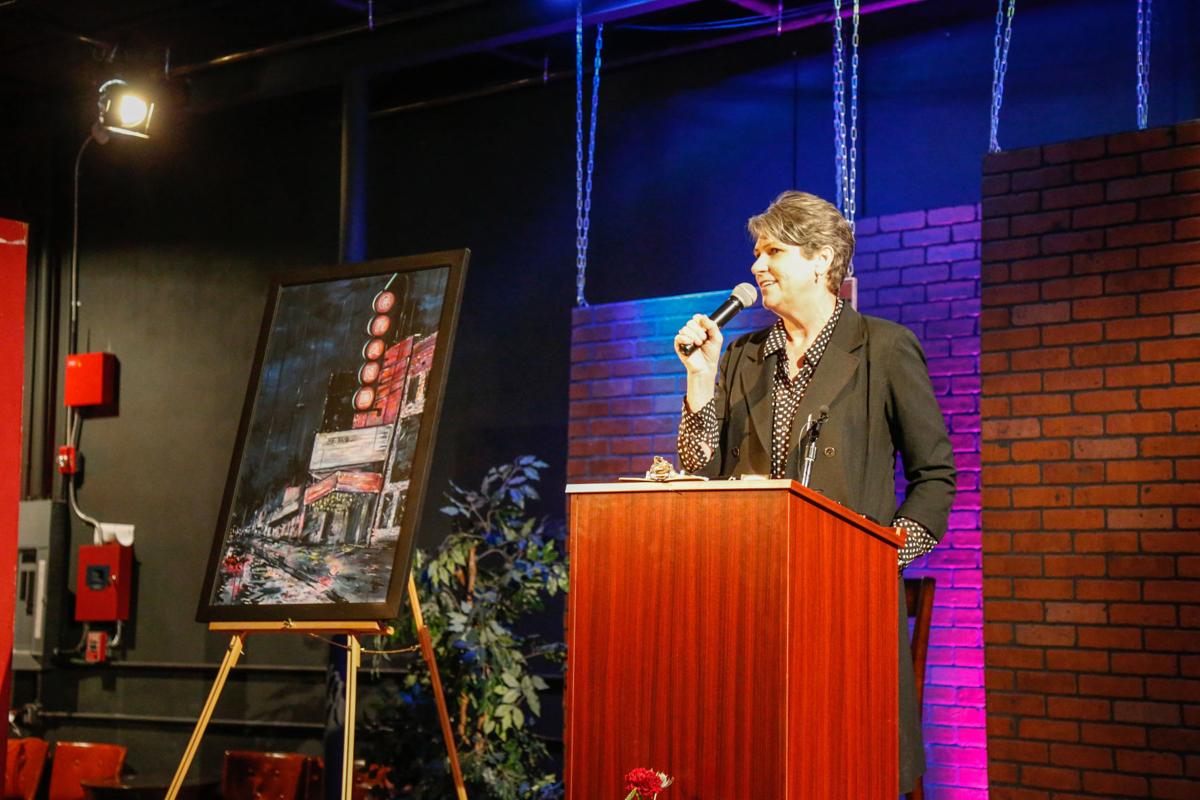 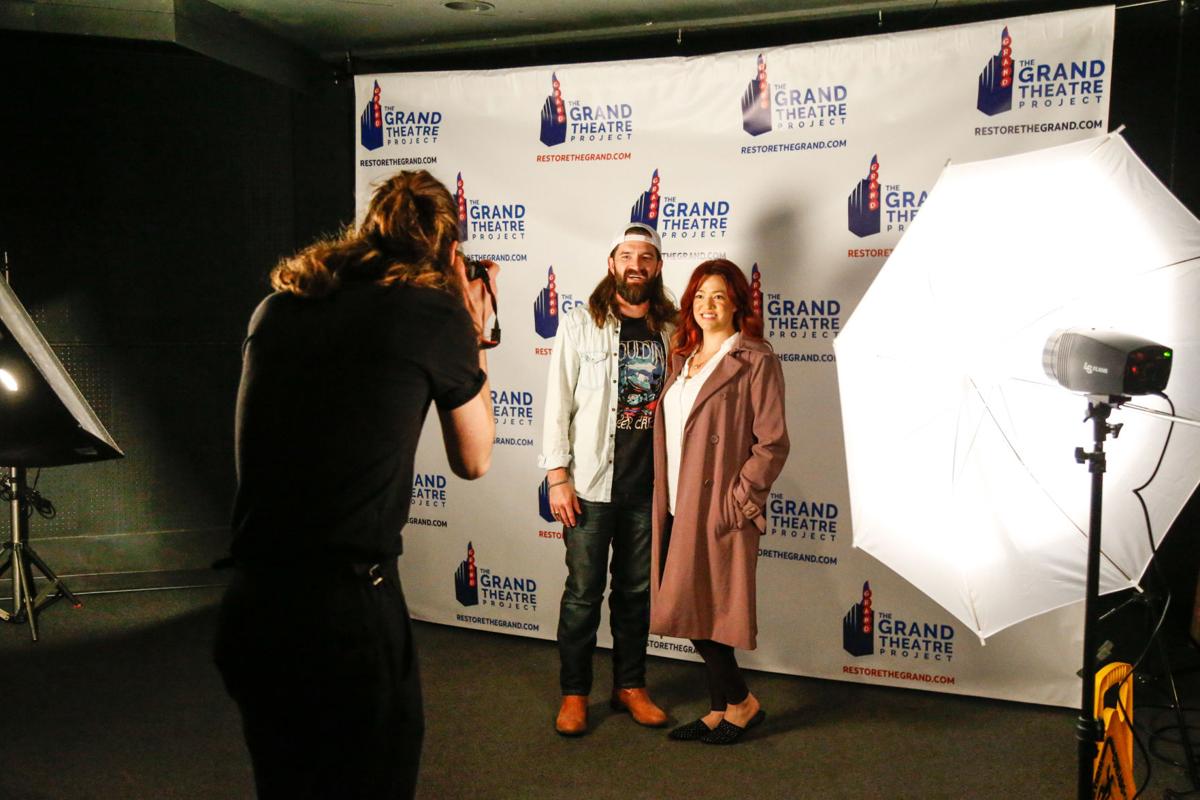 Charles and Katy Seay take a photo during the preview of the restoration of the The Grand Theatre on Thursday evening at 1st Street Media. 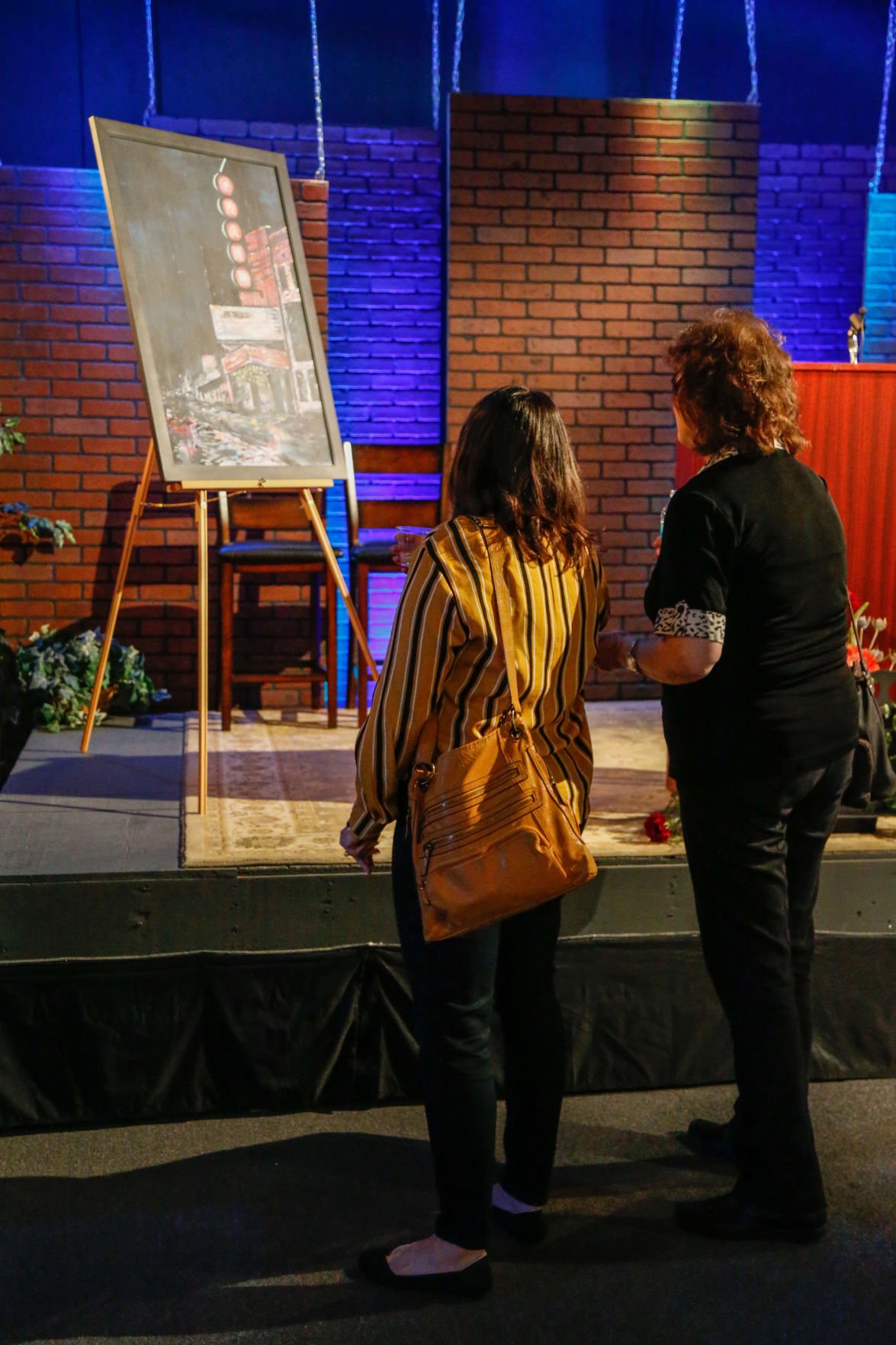 The Friends of the Grand have come together to form a non-profit organization dedicated to restoring The Grand Theater in downtown Paris.

The theater space of The Grand Theater is actually approximately three stories tall, creating an L-shape around the Cotton Harvest Boutique, with The Grand tower rising up along First Street downtown.

People gather at 1st Street Media on Thursday for the special preview of the restoration project of the Grand Theatre.

Charles and Katy Seay take a photo during the preview of the restoration of the The Grand Theatre on Thursday evening at 1st Street Media.

Nonprofit group The Grand Theater Project sees the abandoned structure downtown as it was when it opened in 1937, with glittering lights and people wandering in and out of the building, popcorn in hand.

But that vision is hampered by asbestos, leaks, and all the mysteries and surprises that spring up when restoring a 100-year-old building. In March, the group kicked off its campaign to restore the building, but right now the group is in fundraising mode, Vice President Chad Lindsey said.

At the end of April, the group filed a historic revitalization grant application with the National Parks Service. City Engineer Carla Easton said the grant is mainly to abate the rest of the asbestos in the building, which estimates put a $250,000 price tag on. Rolling in some administration fees, the group applied for $293,000, she said.

“That has to be completed before we do anything else,” Easton said.

The city, Lindsey said, has been nothing but supportive.

“The city has been so incredibly helpful in all this,” he said. “The city wants to see this dream as badly as we do.”

Many people don’t realize just how large the building is, Lindsey said. When standing on the corner of Lamar Avenue and First Street downtown, a person can look behind the Cotton Harvest Boutique and see a tall structure rise above the surrounding buildings. That’s the actual theater structure, Lindsey said.

“It’s at least three stories,” he said. “And they’ve got to get rid of asbestos in all of it. They’ll have to build scaffolding to get it all.”

The building for The Grand Theater was constructed after the great Paris fire in 1916, but what the building was before The Grand opened in 1937 is fuzzy, Lindsey said. The building possibly was a live theater, and there was another movie theatre downtown called The Grand prior to 1937. In 1980, trying to turn out more money, the owners walled off the upper balcony of the theater, turning it into a twin cinema. But that 1937 opening is what the The Grand Theater Project group is focusing on.

Because it’s a federal grant, approval will take some time, possibly until October, Easton added. Lindsey said the group also has matching grant offers it hopes will help with getting the funds.

For now though, the group is focusing on small outer projects, such as getting all the lights working on the sign outside, rebuilding the box office out front and restoring the general facade.

“It’s part of the skyline of downtown,” Lindsey said, adding it’s a popular spot for photographs or selfies.

Part of the lower level has been abated already, Lindsey said, and some of the theater’s treasures are still intact, such as the movie projectors. But, after abatement, who knows what the group will find in the building.

“It closed in 1997, and after that, people got in and some stuff migrated out,” he said, adding some of the treasures were returned to the group. The city even has a few things from the theatre.

With a little bit of fixing up, that lower-level space can be used as part of future downtown events to raise funds for a full restoration, Lindsey said.

However, the abatement has to come first, to make it safe, and then that vision of 1937 can come to life. Before all of that, however, the money has to be there. Lindsey said another fundraising event is in the works, but nothing has been set in stone.

“You’ll see more of us, even if it’s just me selling popcorn,” Lindsey said.