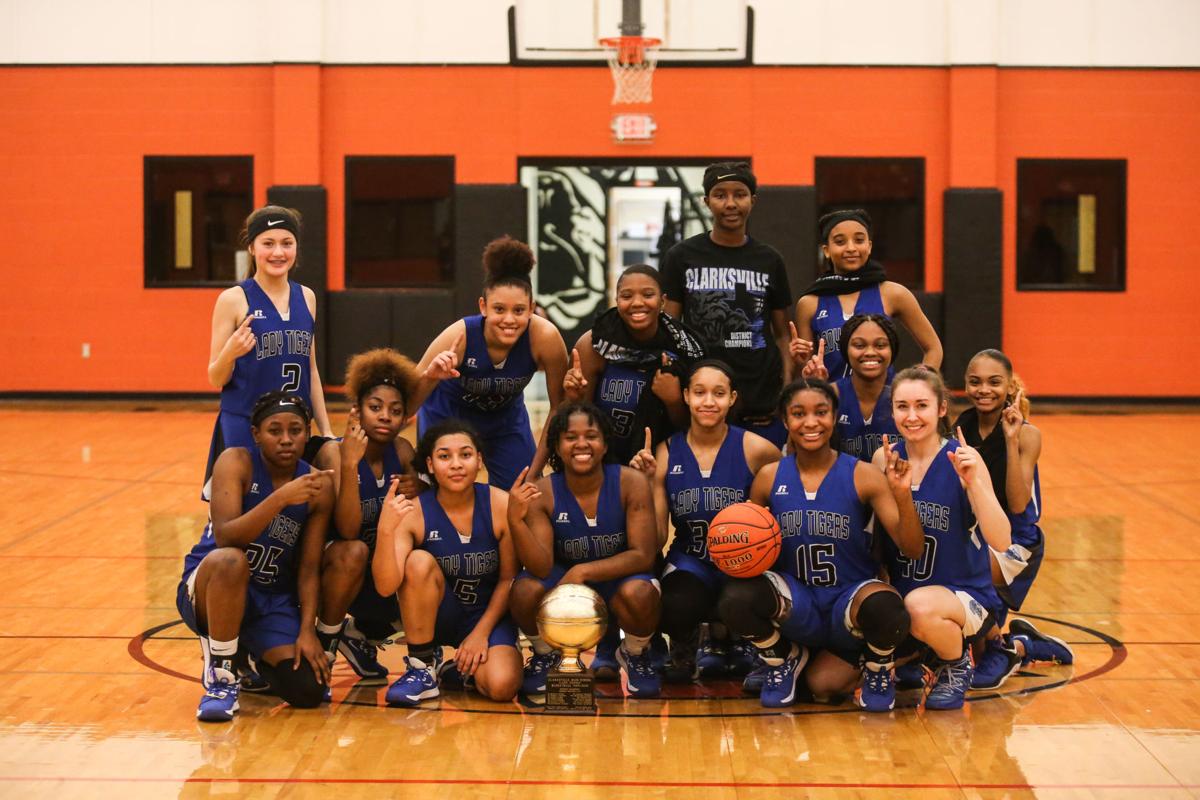 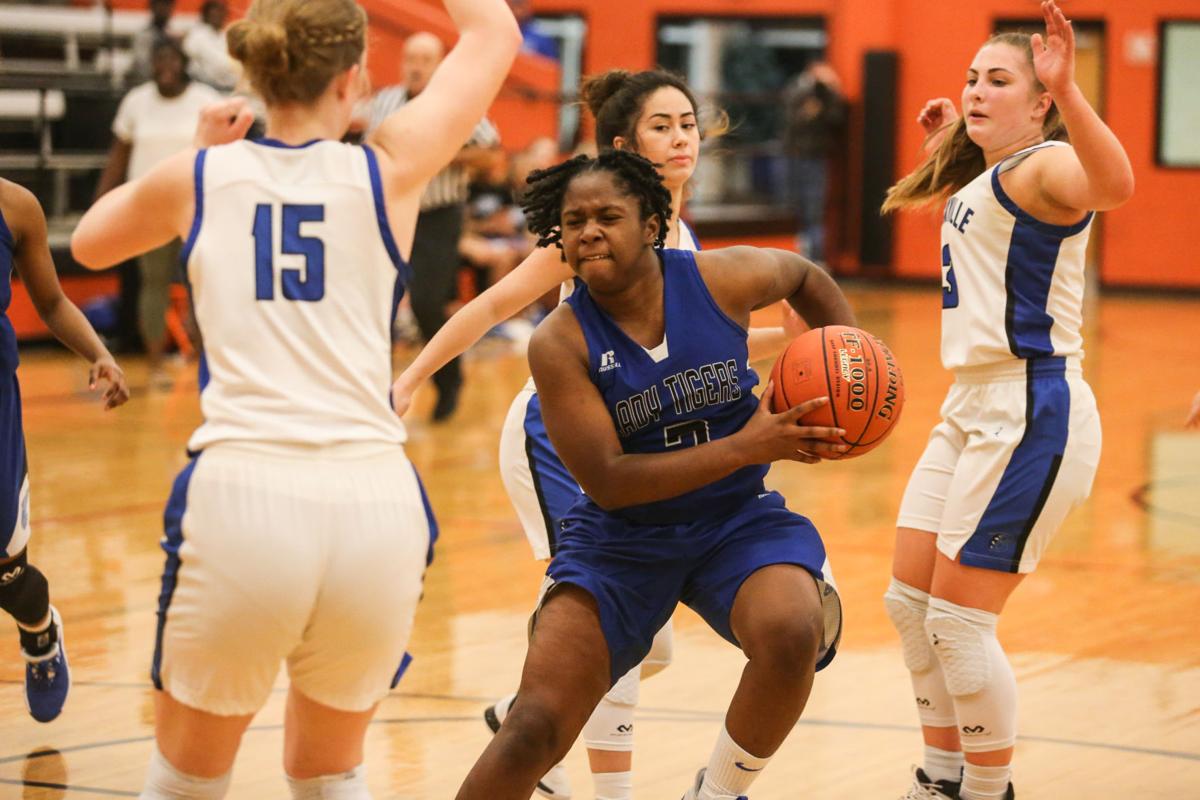 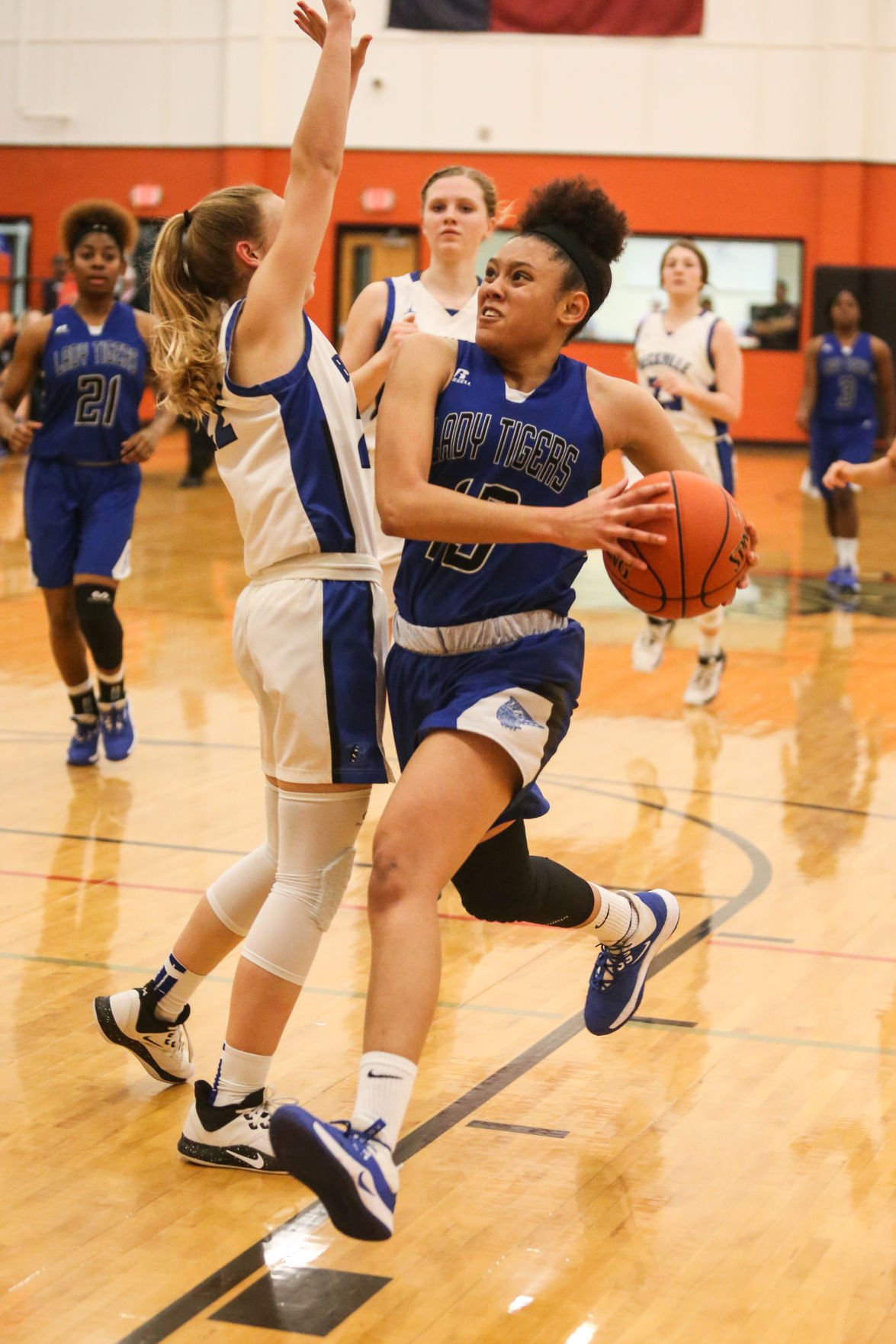 Makaiya Owens drives to the hoop in Tuesday's victory over Beckville. 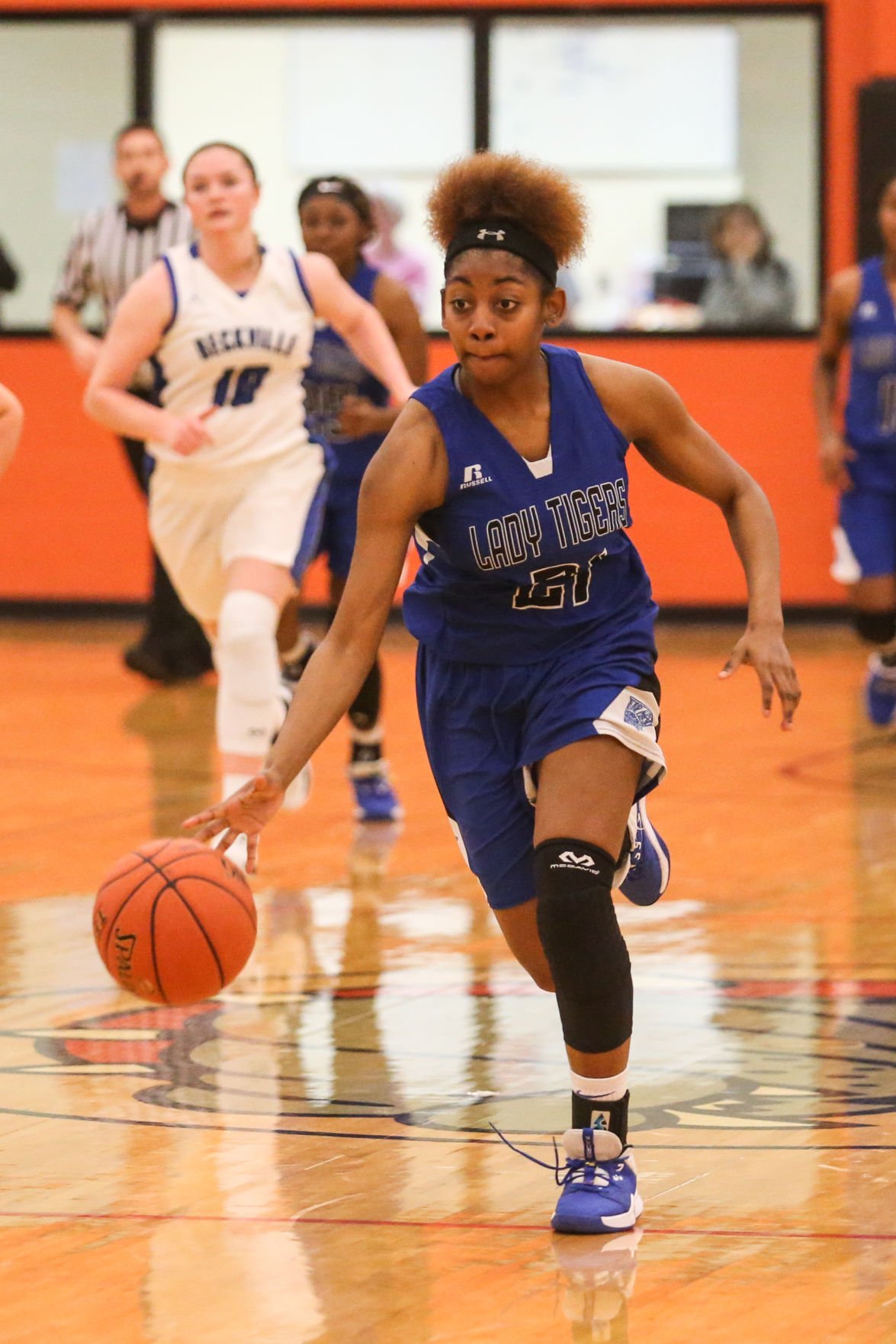 Makaiya Owens drives to the hoop in Tuesday's victory over Beckville.

The Lady Tigers will journey into the area round of postseason play later this week to face the Honey Grove Lady Warriors, who decisively defeated North Hopkins on Tuesday.

“I just told them they’ve got to come in and focus on us, and I think after they started focusing in on what we do, we figured it out. And that’s got to be their mindset throughout this journey — focusing on what we do best,” Hearne said.

It was a slow start early for Clarksville, as both teams struggled to produce baskets. In fact, almost three minutes had elapsed before Dee Jackson nailed a lane jumper to give the Lady Tigers the lead for good at 2-0. Ashley Rosser and Makiyla Bradley scored off the break, and point guard LaQuisha Clark traveled coast to coast for another layup, before the advantage reached 10-0, when Madison Gill scored on a put back with 2:48 left in the opening frame.

The Clarksville defensive pressure was relentless in not only the first quarter, but in the entire first half, as Beckville, the fourth seed from District 16-2-A, failed to score a field goal in the first quarter, and trailed 15-3 when the teams moved to the second period.

Both Clark and Gill continued to make their presence felt offensively in the second, while Makaiya Owens proved to be a force defensively as she recorded several blocked shots. Clarksville opened the second quarter with Gill, who canned 11 points in the game, recording the first two baskets before Owens blocked a shot, then raced down the floor for a layup, pushing the Lady Tigers advantage to 21-3 with 6:33 remaining in the initial half.

“This win means a lot. We wasn’t hitting at first, so I knew we needed to spark it up a little, so my goal was to come in and bring a whole bunch of energy to the team, and hopefully get the energy rolling so the shots would start falling, and so that we could start playing together as a team, and not so stag-net,” Gill said. “This feels good. We’re just focused, we’re ready, and we’re shooting for the next round, and we’re shooting for the stars. I believe we can get past second round this year.”

With 3:06 left in the second quarter, Ashley Rosser buried a 3, giving Clarksville a 30-8 lead, but Hearne’s troops managed just two additional points in the half. The 12-point quarter from the Ladycats allowed Beckville to draw to within 32-15 at the intermission.

Clark, who scored a game high 14 points, once again had a strong performance, as she was able to penetrate the lane for buckets, and it was Clark who completed a Clarksville 7-2 run with a free throw at the 4:29 mark of the third, that extended the Lady Tigers lead to 39-17.

However, with Clarksville appearing to be in command, the Lady Tigers scoring in the frame had ended, and that opened the door for the Ladycats to record the final eight points of the quarter. Clarksville would eventually carry a 39-25 advantage into the final quarter of Beckville’s season.

Beckville shaved the Lady Tigers lead to 11 points twice early in the fourth, trailing 41-30 with 6:48 left, but Tyteanna Rosser hammered in a 3-pointer, giving Clarksville a 44-30 lead at the 6:21 mark. With 4:09 left, the Lady Tigers advantage would shrink to just nine points, 44-35. But a pair of drives by Clark into the lane for baskets and a blocked shot by Owens helped seal the win down the stretch.

Clarksville moves into the next round holding a 19-13 season record. Beckville was led in scoring by Amber Harris with 12 points, while Miranda Mize added 11 points for the Ladycats who end the year with a 15-15 season record after closing out district 7-5.

“We just have to focus on us, and we’ll do just fine,” Hearne said.