Starting at
$14.00 for 30 days
Get Started
View all rates
You are the owner of this article.
Edit Article Add New Article
Home
News
Opinion
Be Heard
Sports
Classifieds
Obituaries
Customer Service
e-Edition
Paris Life
1 of 11 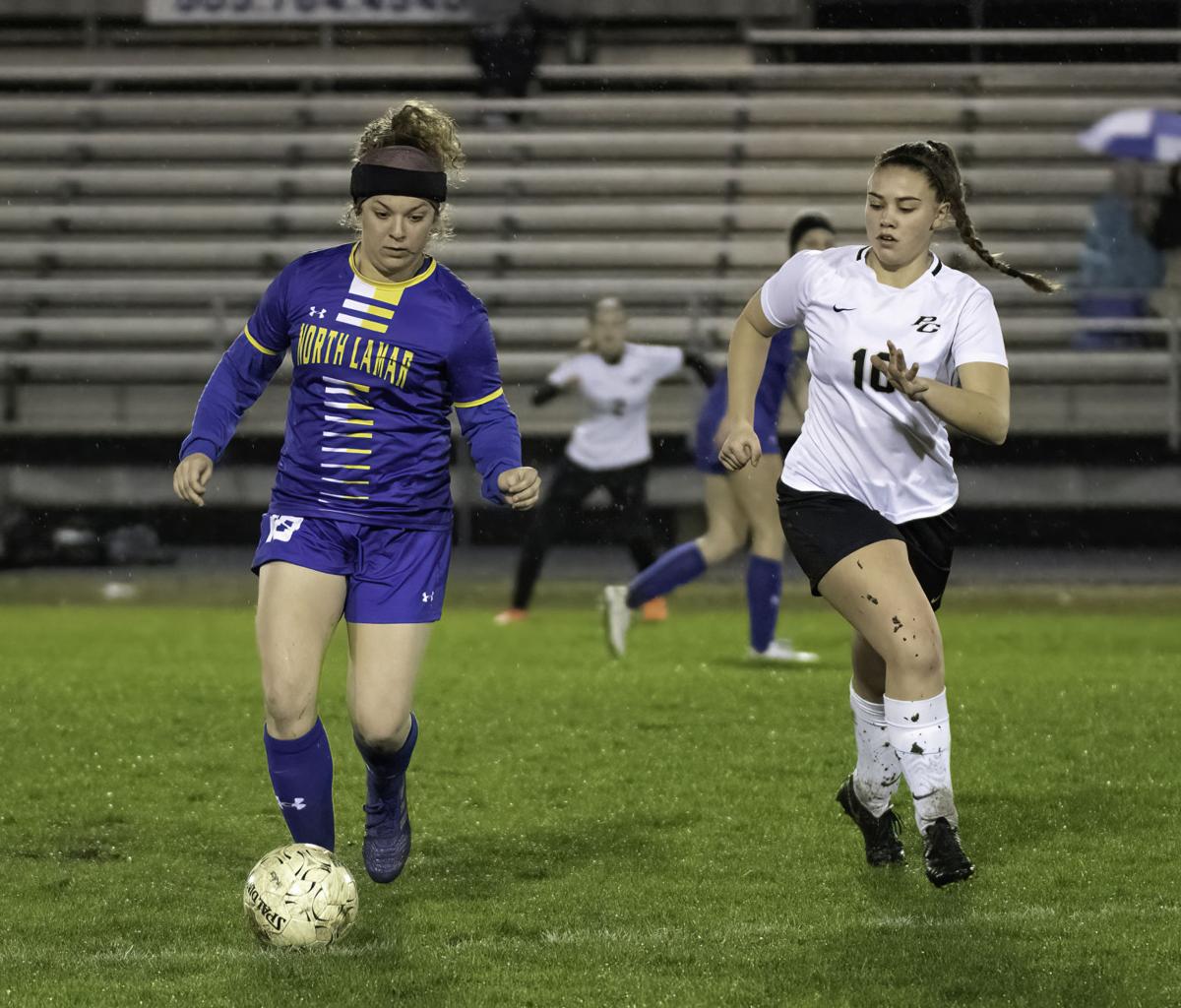 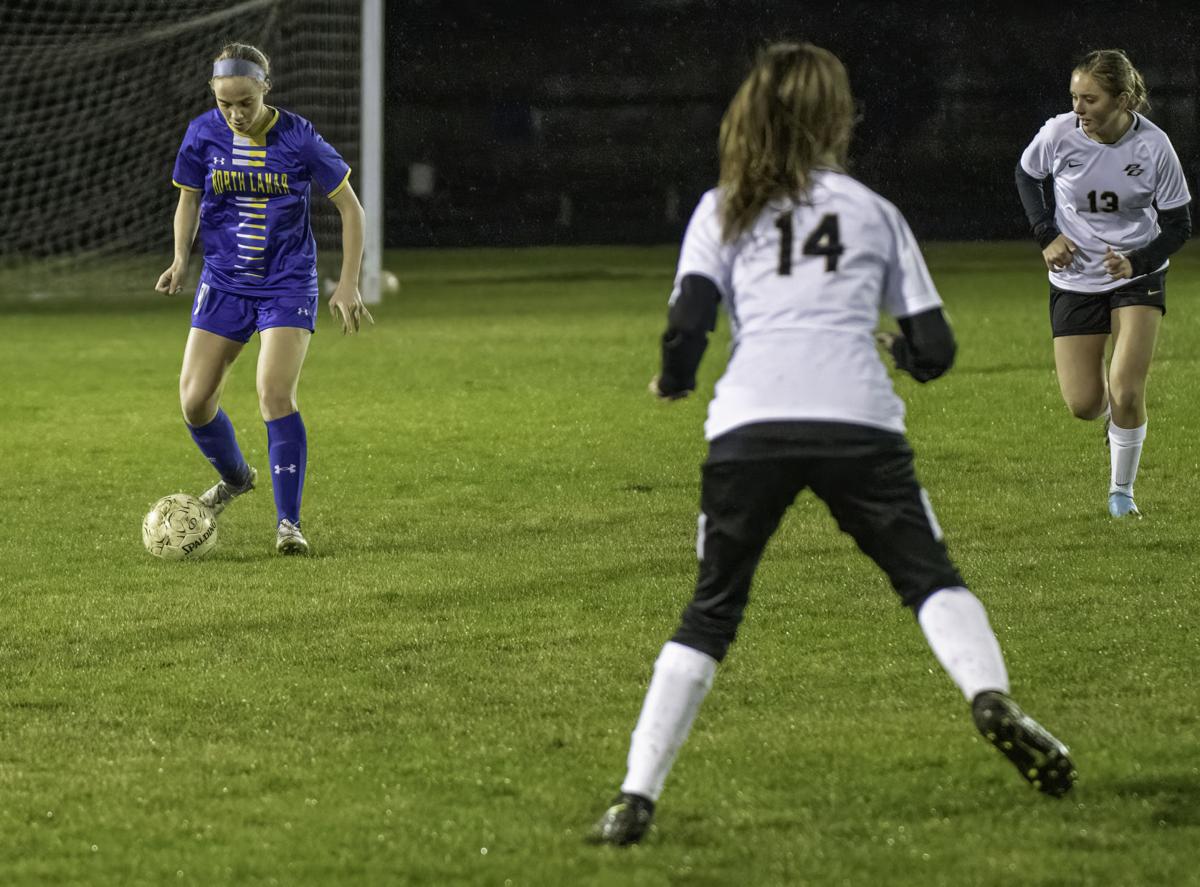 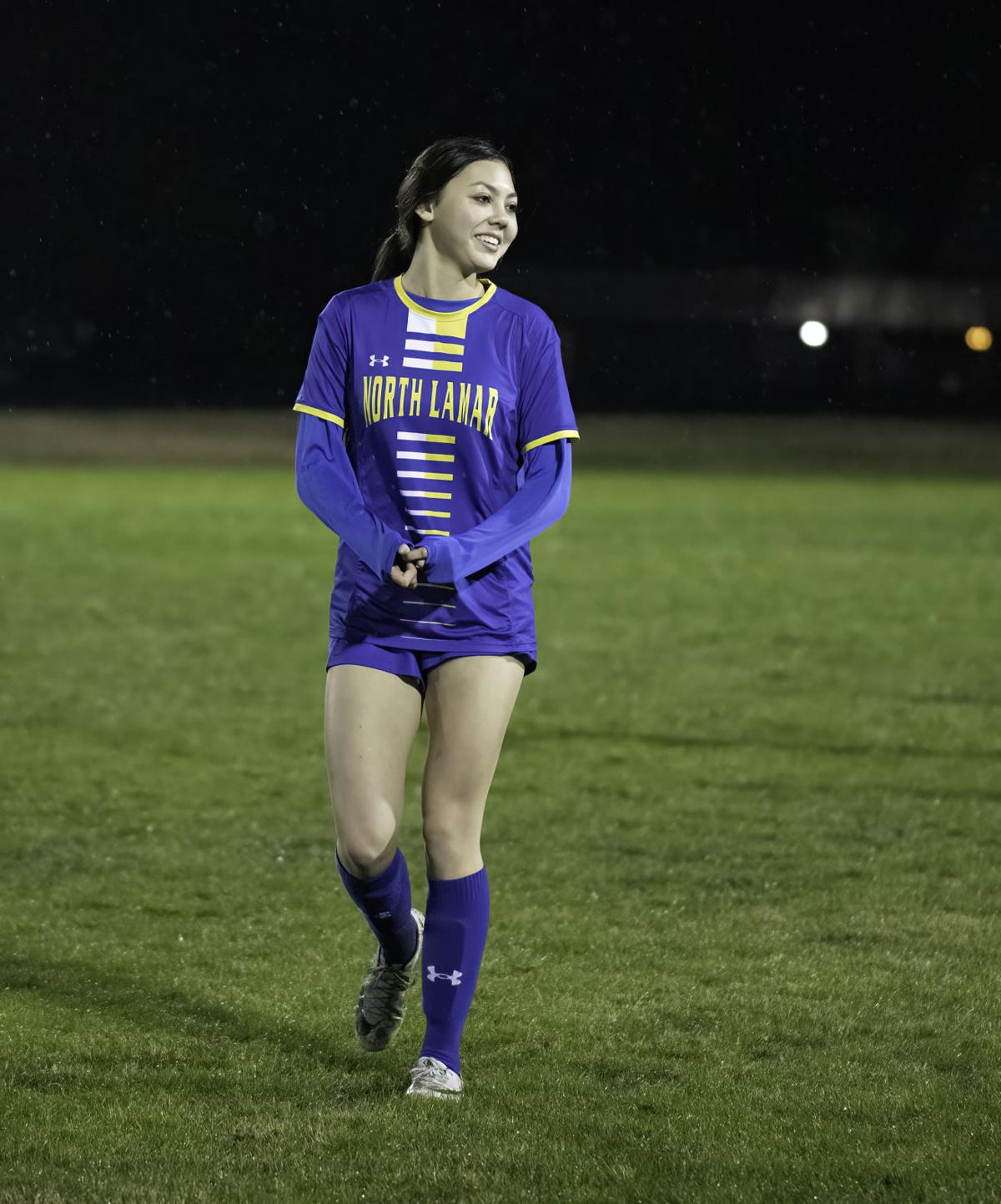 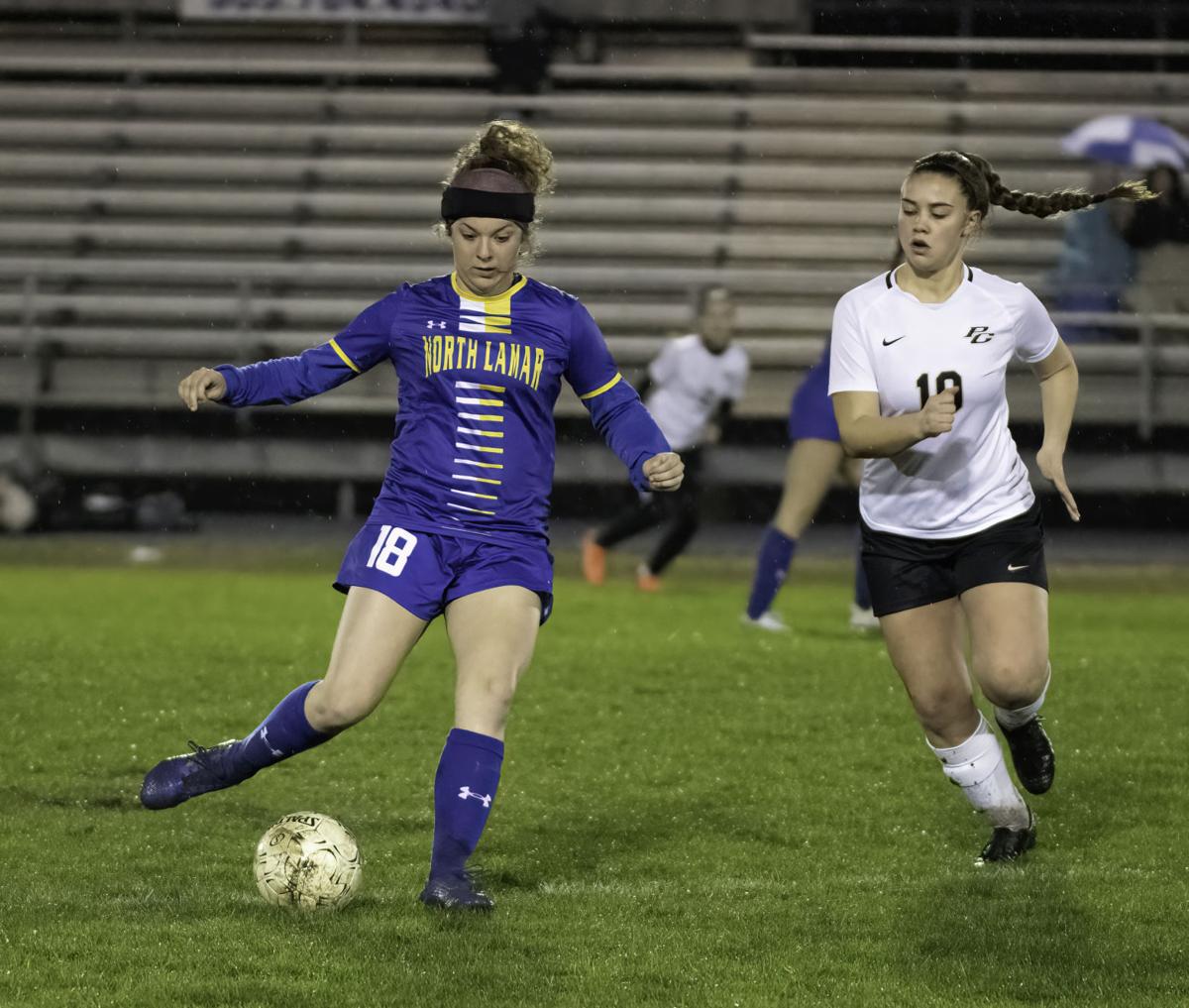 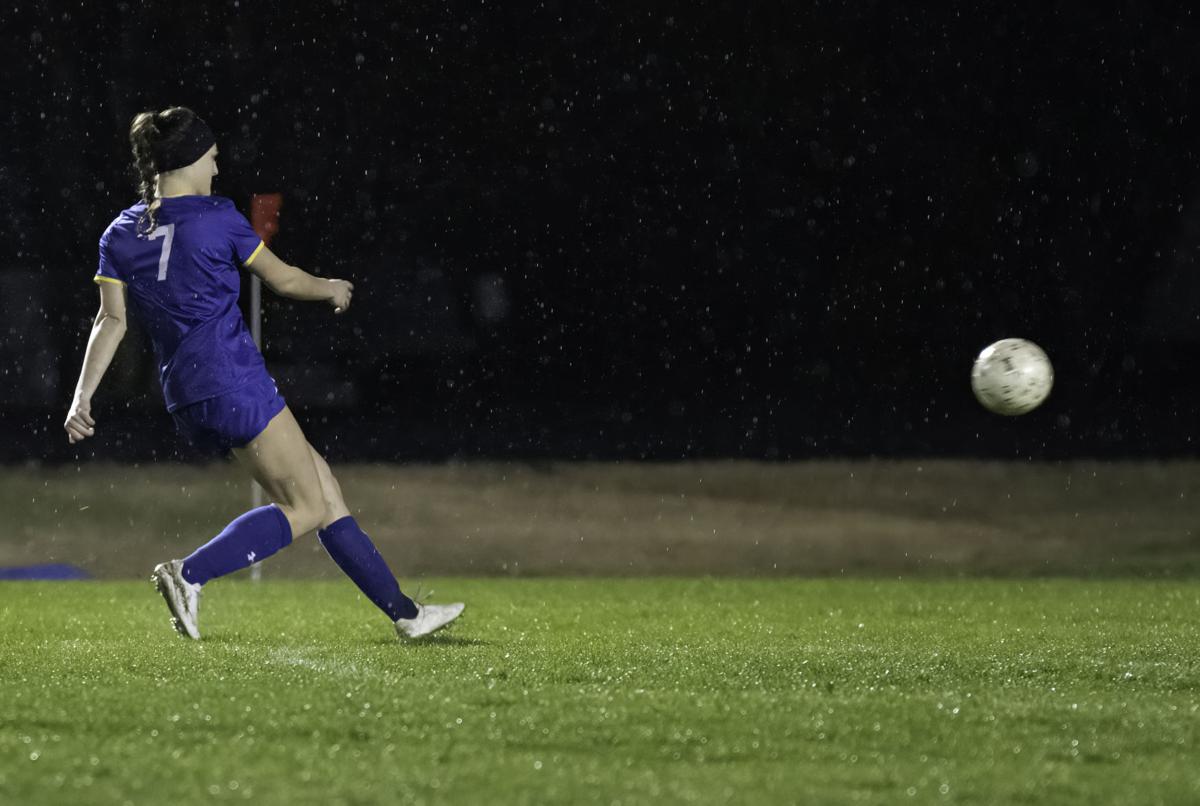 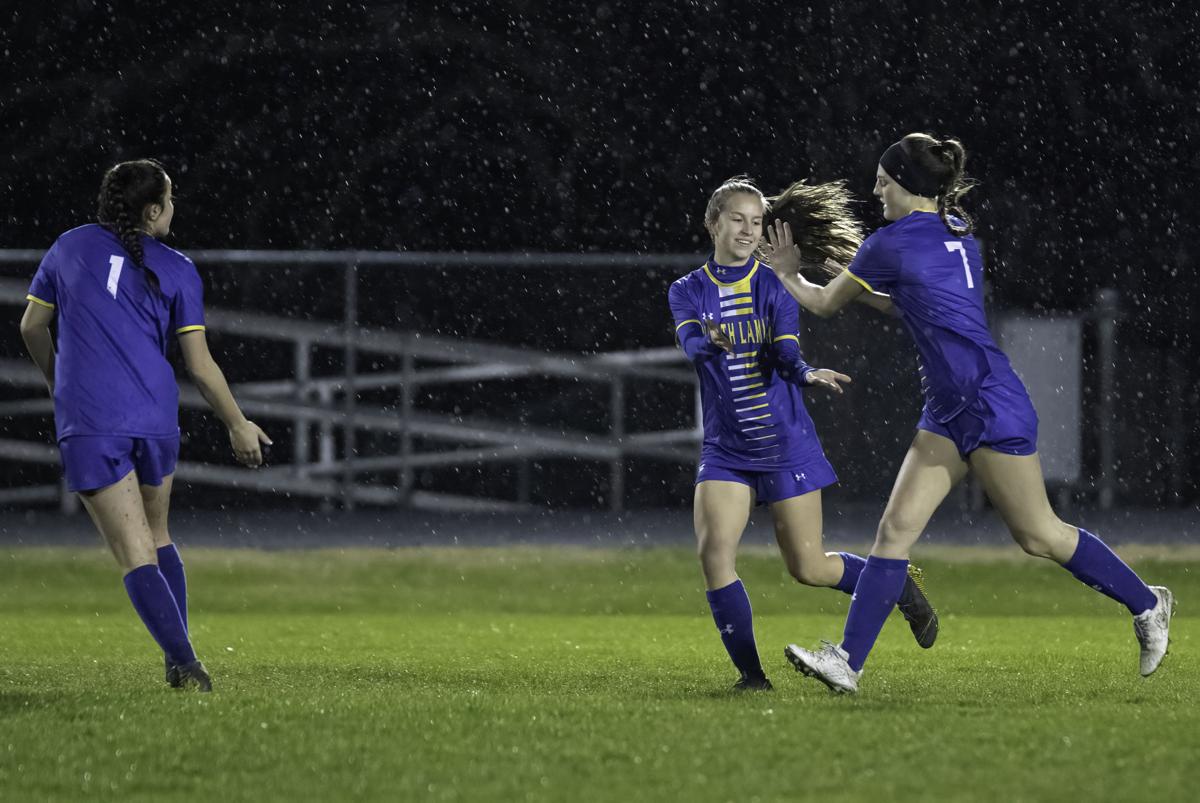 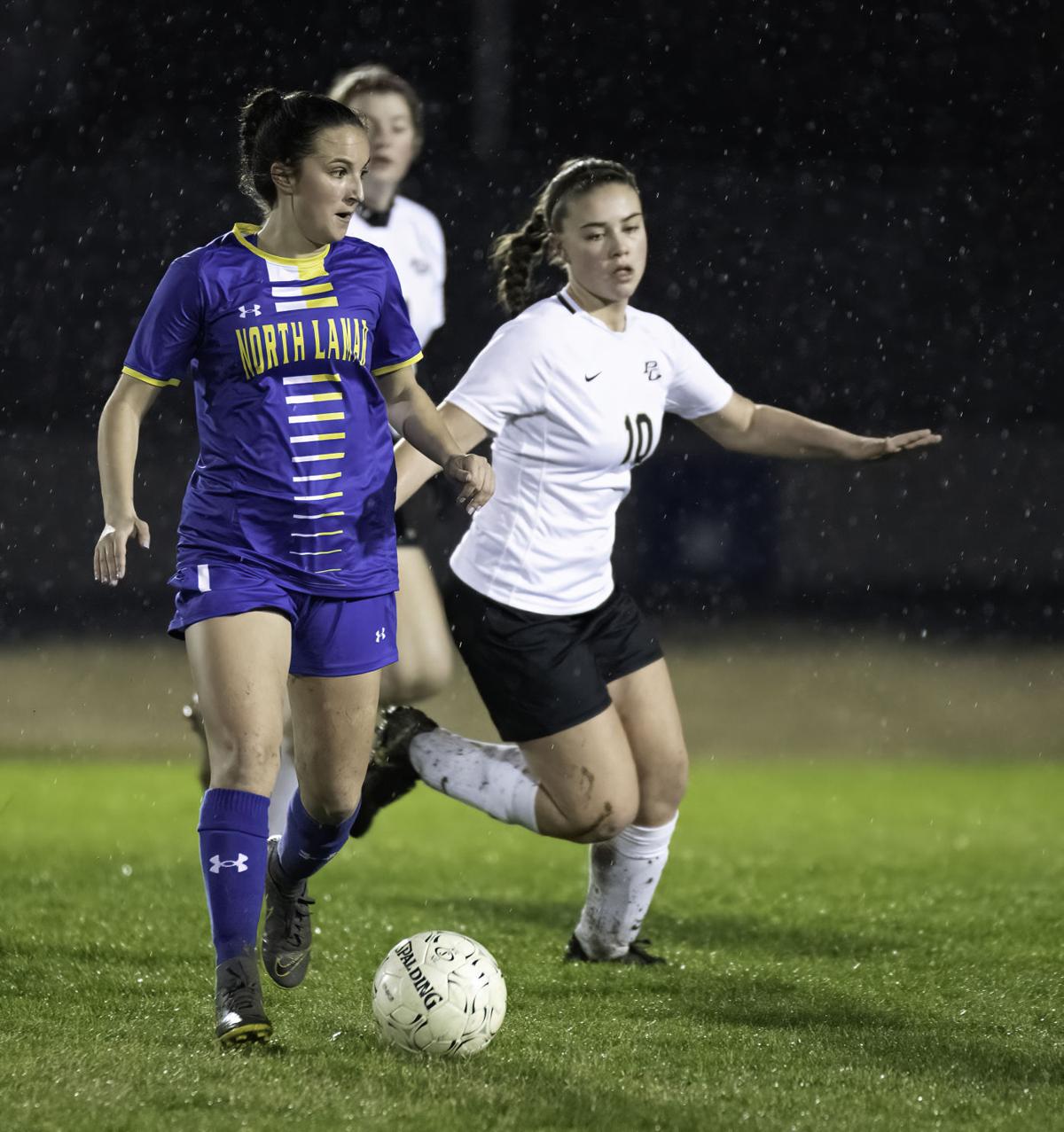 North Lamar Pantherette Jaycie Proctor looks for her next pass as a Pleasant Grove Lady Hawk defender approaches in their Tuesday game at North Lamar. 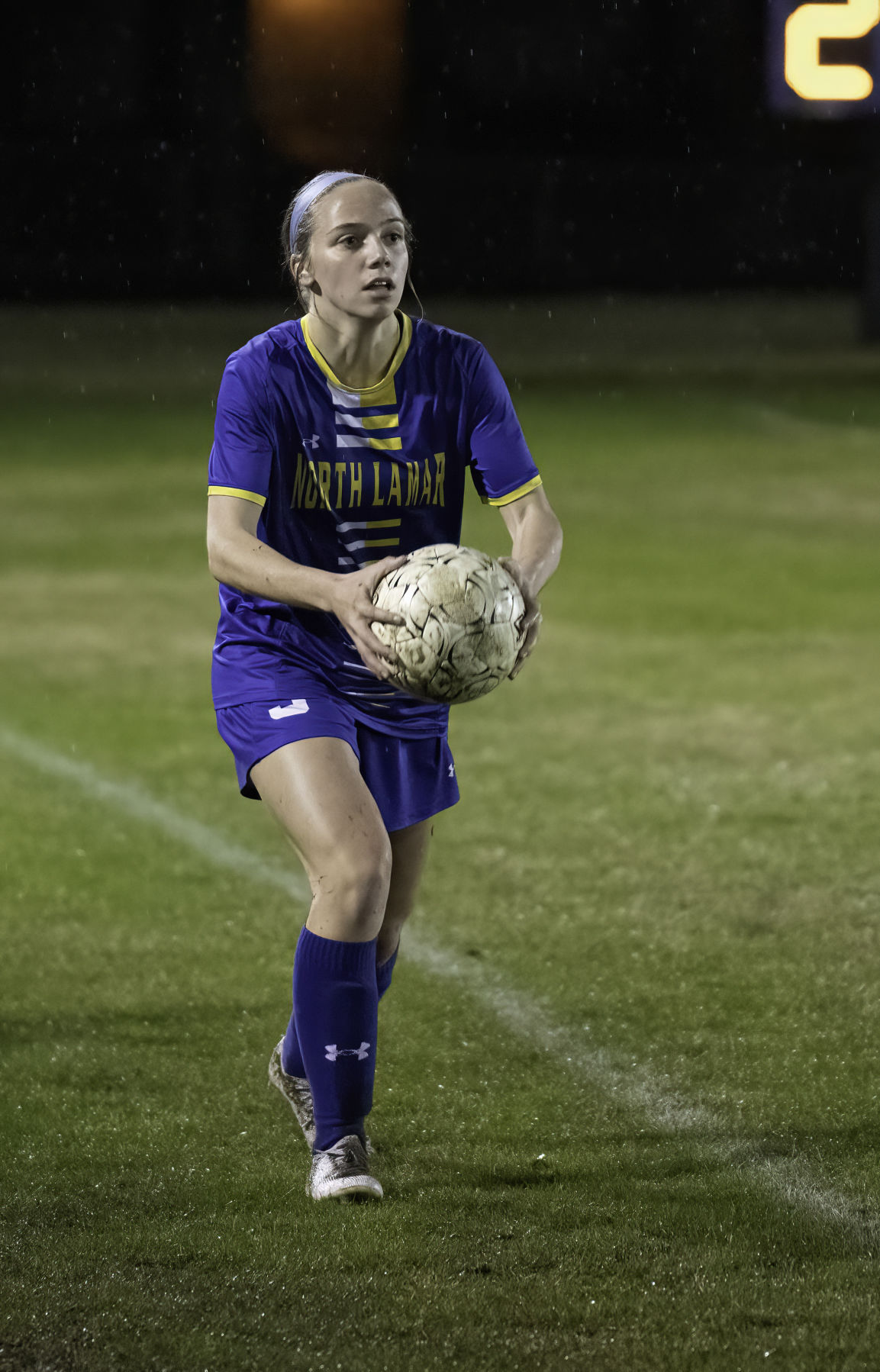 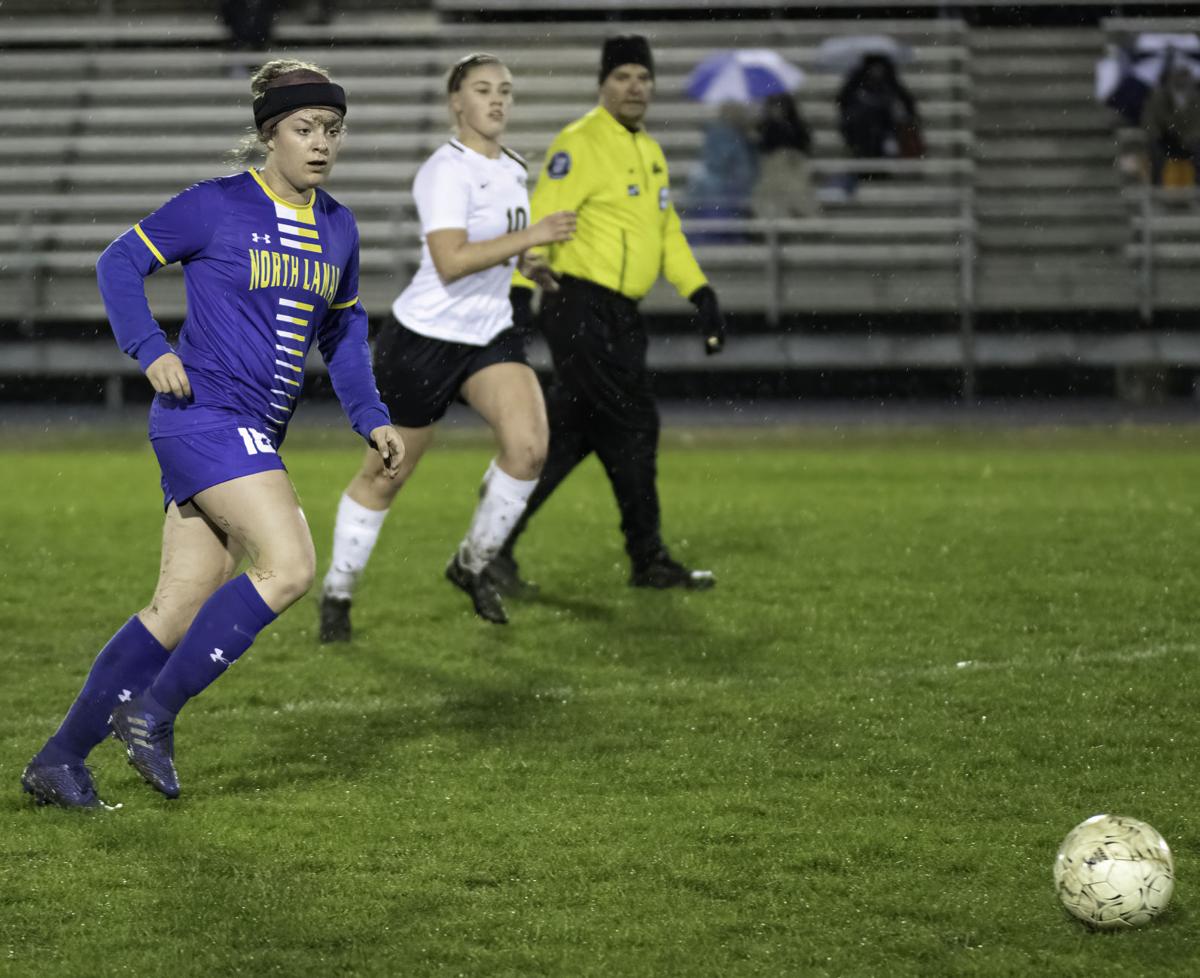 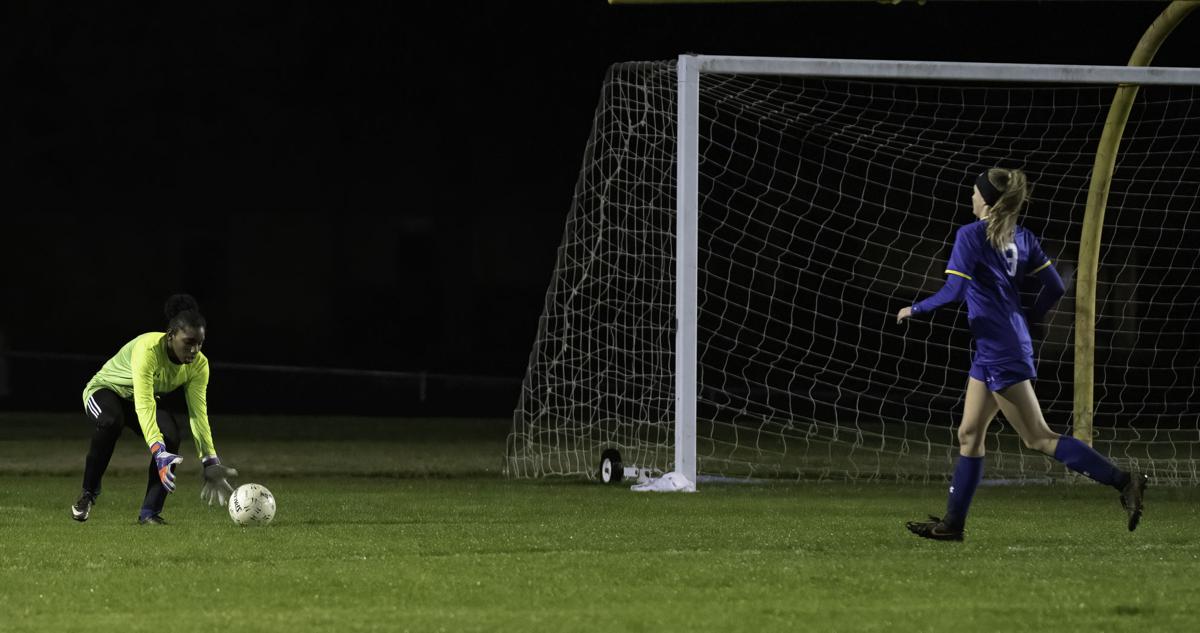 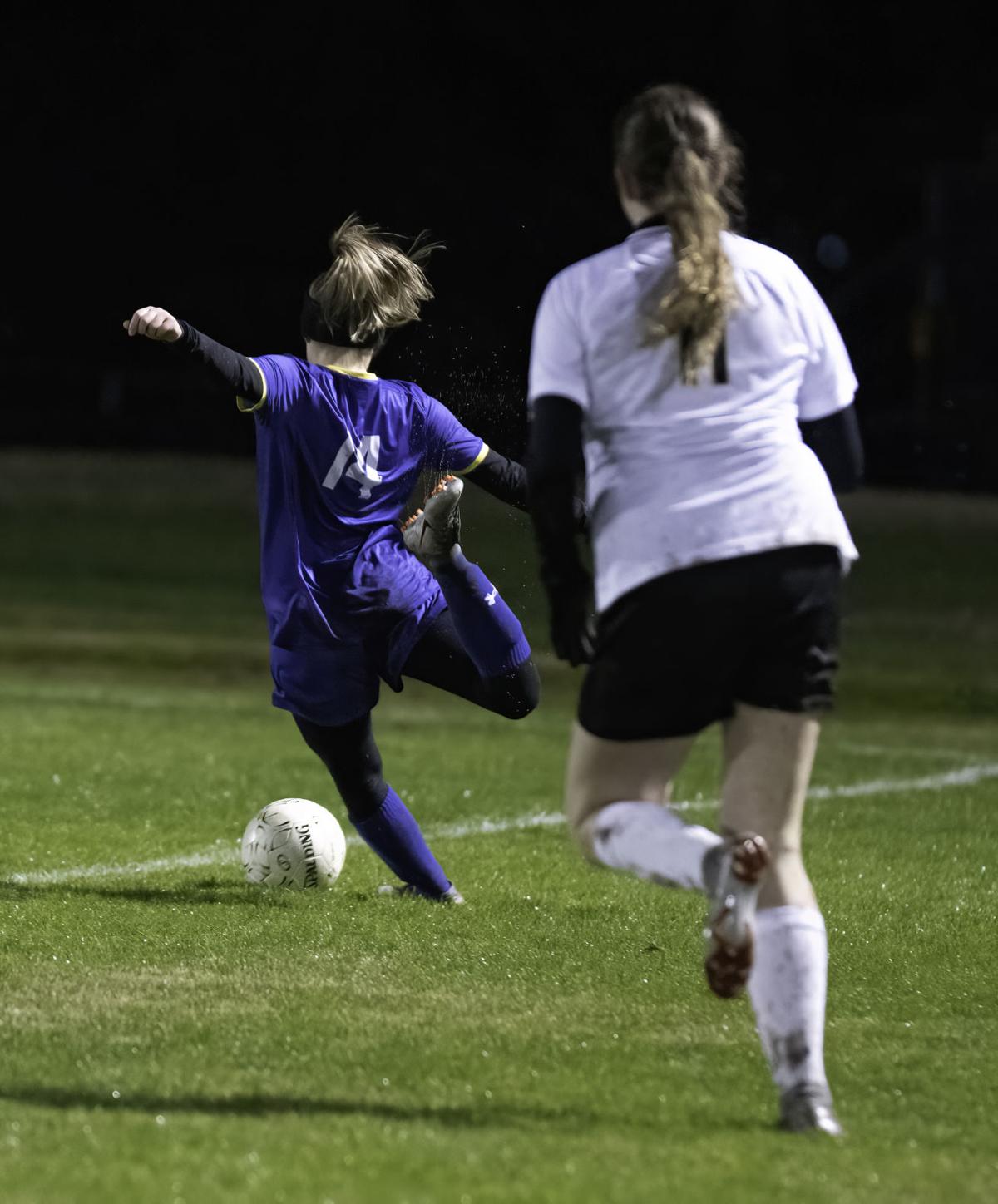 A determined freshman goalie hung tough Tuesday night during a kick off, and the North Lamar Pantherettes came out on top of a match with Pleasant Grove for the team’s second district win of the soccer season at R.L. Maddox Stadium.

The two teams battled back and forth during regulation play with the game tied 2-2. After two 10-minute periods of overtime, the score remained tied and that sent the teams into a shoot-out.

As she had done throughout the game, goalie Aveonia Allen allowed only two goals during the tie-breaker while North Lamar’s seniors midfielder Jerika Johnson, forward Jacie Procter and forward Ashley Trenchar put the ball in the net, resulting in a 5-4 Pantherettes win.

“In all my years of playing high school soccer, we had never beat Pleasant Grove,” Johnson said after the game. “The win was really a big deal for the team, including all seven of the seniors. We knew what we had to do, and we knew we had to give our best game.”

Senior forward Macie Pointer struck first in the match only four minutes into the game. North Lamar held the lead until 12 minutes into the second period when Pleasant Grove netted a goal, followed by a second strike with 13 minutes left in the game. With five minutes remaining, Johnson booted in the tying score for the Pantherettes.

Allen remained strong at the net throughout the game with more than a dozen saves.

“It was a lot of fun back there tonight, but I can’t feel my hands,” Allen said after the team huddled on the sidelines to celebrate the win. “I love playing this game, and I appreciate all the support from my teammates.”

“Our girls worked together so well,” he said. “When things looked bad, they never backed off and never lost focus on the task we had to come out with a victory.”

With three team members off participating in other activities, something Pointer said he encourages his multi-talented girls to do, the team suited up 16 players with each getting time on the field.

Despite a strong rally at the end of the fourth quarter, the North Lamar Panthers couldn’t hold back the Pittsburg Pirates on the home team’s way to a 53-49 win.