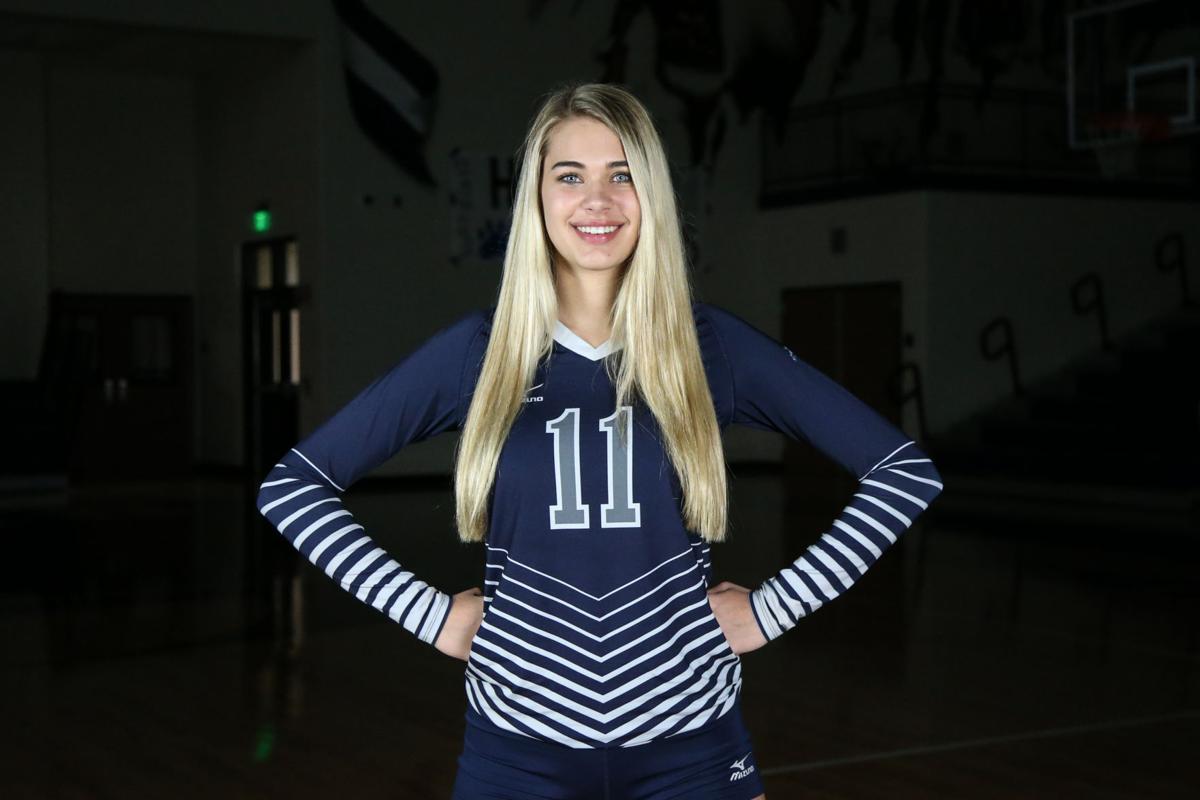 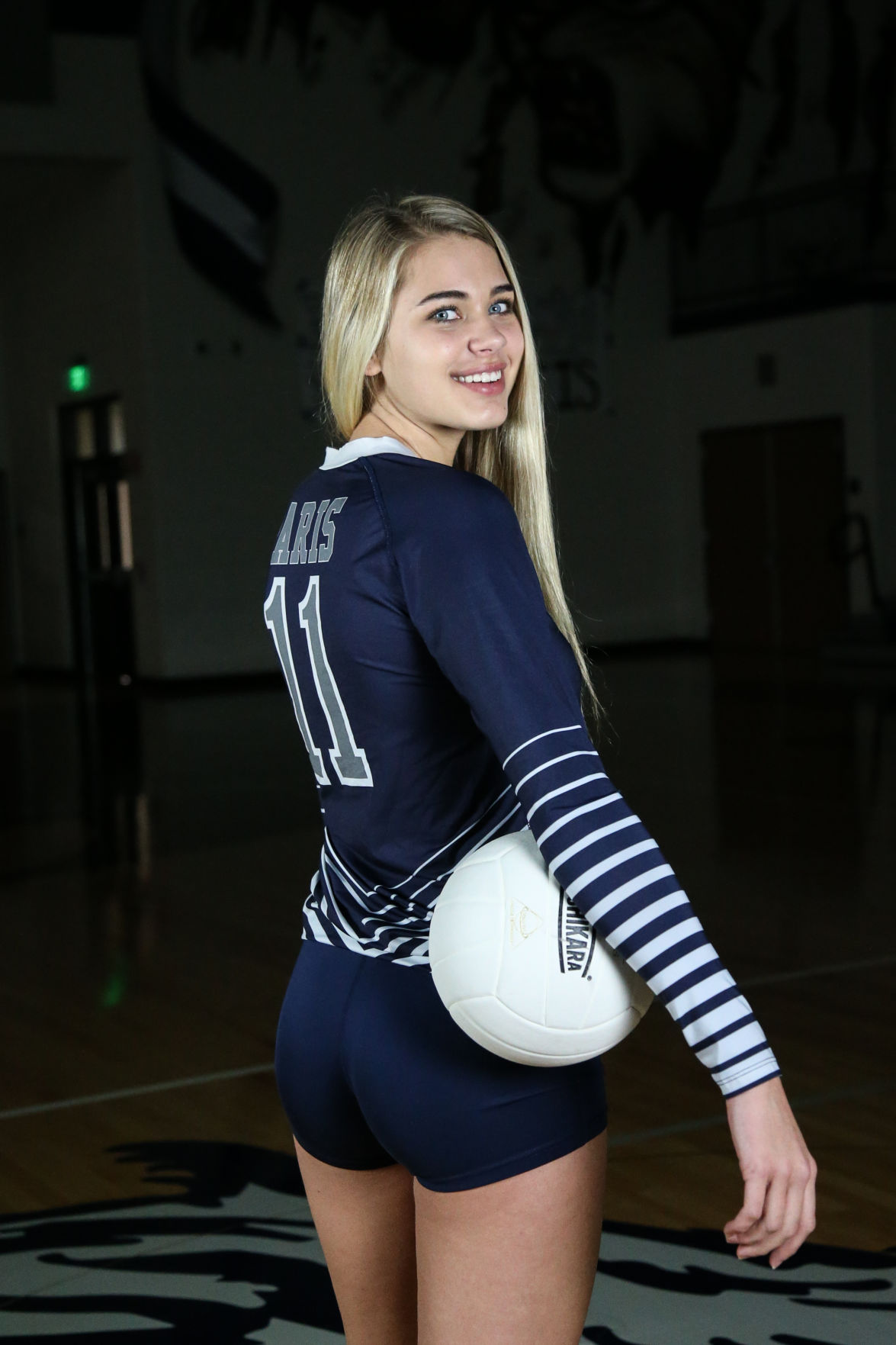 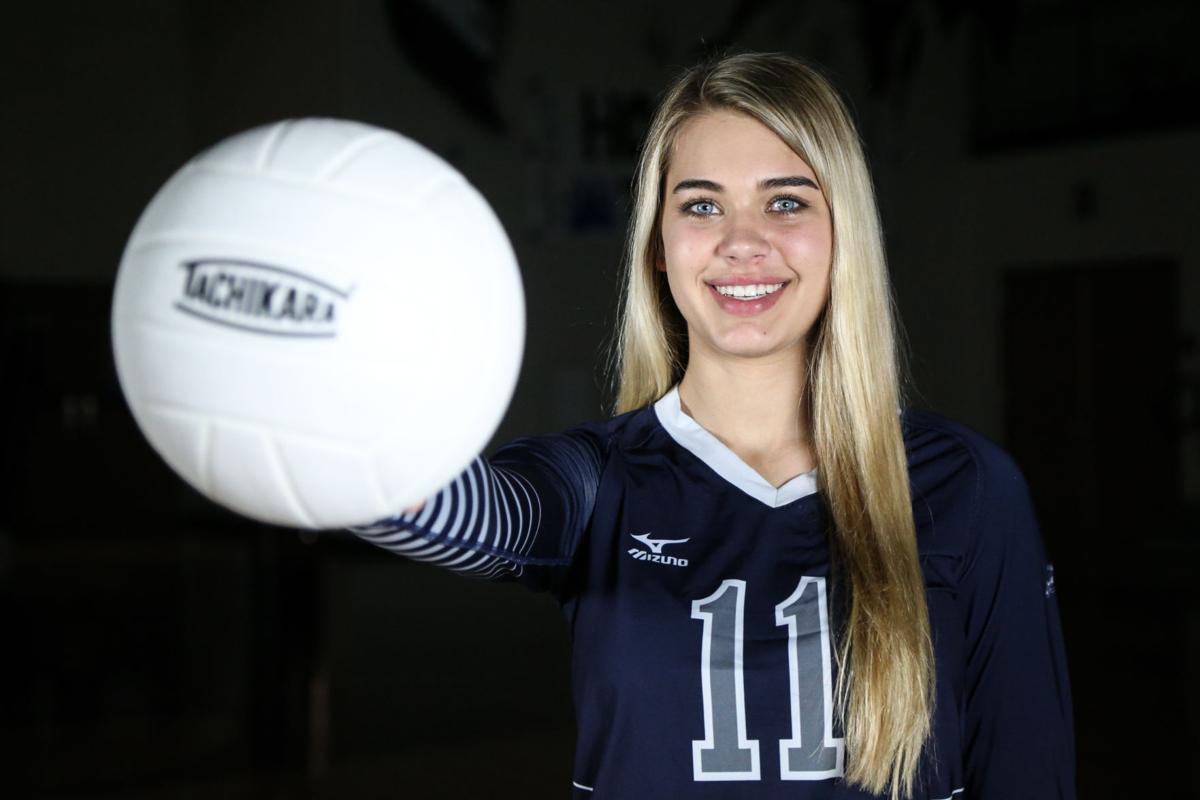 The Paris Lady Wildcats volleyball team made history in the 2019 season, and this year’s All-RRV Newcomer of the Year was a key ingredient in Paris’ recipe for success. Sophomore setter Lilly Lewis elevated Paris’ volleyball program with a strong individual season of 118 kills, 362 assists, 129 digs and 66 blocks.

Aside from her own personal accolades, Lilly is proud of the way her team performed as a unit and how she and her teammates continued to grow throughout the season.

“I feel like we had a strong season and played really hard together,” Lilly said. “We came to win and accomplished many goals we set for ourselves and as a team. I became more confident in myself personally and we all did as a team. I think everybody did their part to help us win.”

Paris (29-9, 7-1) won the district championship for the second time in three years and won an in-season tournament, swept the season series of North Lamar in district play and got past the bi-district round of the playoffs for the first time since 2010. A big reason why Paris pulled it off was from Lilly’s growth as a player, which she credits in large part to the way her senior teammates pushed her to be her best.

“I feel like I really grew this season,” Lilly said. “I became a better player and got a lot more confident in myself. The seniors really helped me grow into the player I wanted to become, and they led me, supported me and pushed me to do my best for them.”

On the court, Lilly’s hitting proved to be a catalyst. She posted several double-digit kill games in district play when her team needed her most, which helped Paris elevate to another level as a team with that added dimension to its already potent offense.

“I believe my confidence grew throughout the season, especially with me becoming a better hitter,” Lilly said. “I became more confident in my hits and sets being helpful to the team and our success.”

In addition to Lilly’s success on the court, her strong intangibles impressed her coach the most.

“I think what makes Lilly such an important player on my team is her willingness to be coachable,” Lady ’Cats head volleyball coach Ashley Green said. “She’s always looking for feedback, ways to get better and is leading the team in her own way through her actions on and off the court.”

Further evidence to her coach’s praises was the way Lilly carried herself during games, which is something she strives to do no matter what the circumstances are.

“I wasn’t as vocal as the other players, but I tried to lead the team with my actions,” Lilly said. “I strive to do the right things in class, come to practice on time or early and be respectful and coachable to the coaches and even the seniors. No matter if you win or lose, you always need to be composed and respectful to the opponents and show good sportsmanship.”

In Lilly’s eyes on both a big-picture and individual level, topping their rivals in blue and gold were huge. The program-altering win at North Lamar in five sets along with her triple-double performance at home against the Pantherettes (10 kills, 12 assists and 11 digs) were big moments for Lilly during her strong sophomore season.

“I feel like the biggest moment of our year was beating North Lamar the first time,” Lilly said. “We played really strong, we were excited and played the whole game with good attitudes. We were very excited to win that game, and it was a big win for our program. I feel like my best game was when we played North Lamar at home. I feel like everything really came together for me. I was on in that game with my defense, hits and sets.”

Lilly’s elevated level of play helped get Paris into the playoffs as the top seed and past Henderson in the bi-district round. Paris was the lone team in their district to advance to the second round, but sadly it ended there with tough but valuable lessons that she learned from the experience.

“It was difficult losing to Van in the second round of the playoffs because of how strong we came out in the first two sets,” Lilly said. “We played up and with a lot of energy, but we started falling apart. They adjusted to us, they came up on us and we couldn’t defend them anymore. I learned that the game isn’t over until it’s really over, and that you can’t get too comfortable or relaxed in any situation.”

Despite the season ending in tough fashion, Lilly is proud of what she and her team were able to accomplish together in a historic season.

“I’m proud of how my teammates and I pushed through everything this year,” Lilly said. “We won a tournament and advanced to the second round of playoffs for the first time since 2010, and won the district for the second time in three years. I’m proud of everything we’ve accomplished, and those are things nobody can take away from us.”

From the opening serve at home against Forney to the final point in the area round against Van, Green was impressed with how well Lilly played at the varsity level. The speed of the game and level of play is hard for most underclassmen to adjust to, but Green is impressed with what she saw and is eager to see her star setter continue to grow in other aspects of her game.

“Lilly impressed me in live game situations,” Green said. “I knew I could look to her and knew she would do what I needed her to do. The part of her being so coachable and the great games she had impressed me most. I want her to look at the other side of the court and see what’s going on. I want her to read the defense while she sets or hits and see where the blockers and back row players are.”

Lilly is grateful to the foundation laid down by the senior class, and is eager to take everything in and get back to work to continue to raise the standard in her next two years on varsity.

“My motivation this year was to play my best for all of the seniors,” Lilly said. “We’ve all grown up together, and our relationships are really strong. I just wanted to do my best for them to help them accomplish things they haven’t been able to accomplish before, and I want to thank them for leading us and showing us how to raise our standard. Their guidance and example helped me and my teammates become the best we can be, and I think we will keep raising the standard because of their contributions. The seniors will be missed, but we are eager to keep pushing forward in our program.”

ALL-RRV VOLLEYBALL: Johnson puts it all together in breakout senior season

North Lamar senior outside hitter J.J. Johnson grew on and off the court tremendously in putting forth her best season for the blue and gold no matter what was stacked up against her and her team.