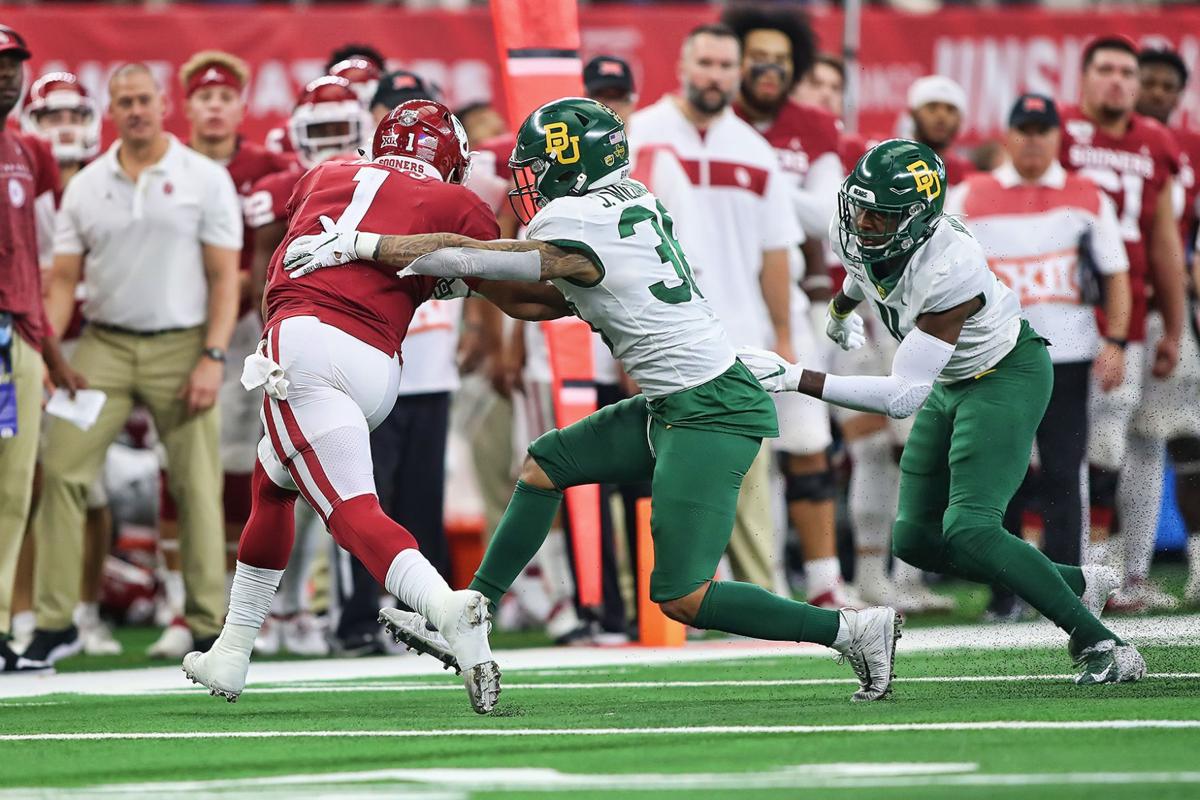 Sooners quarterback Jaylen Hurts (1) is forced out of bounds on a running play by Bears senior linebacker Jordan Williams (38) during the Big 12 title game. 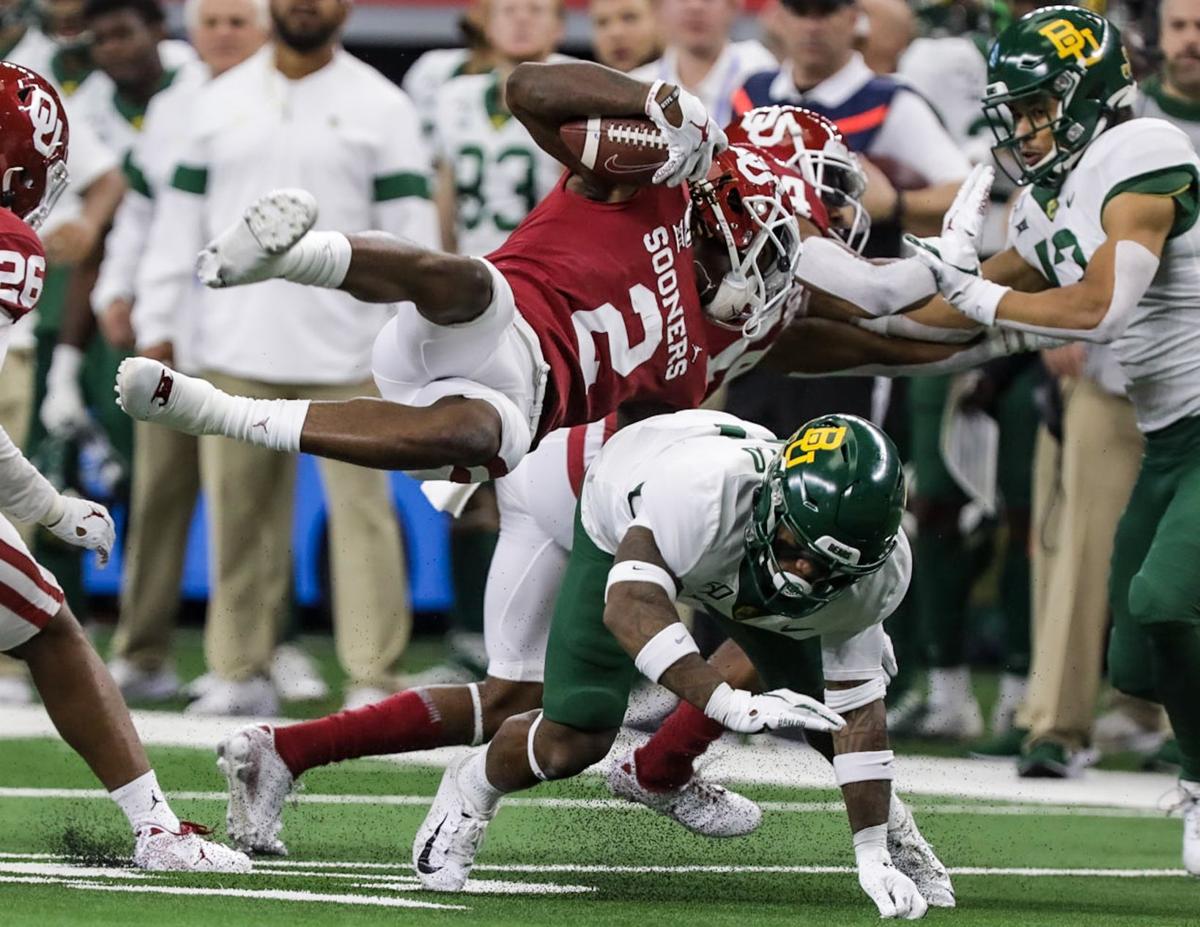 Oklahoma wide receiver CeeDee Lamb (2) is chopped down by a Baylor defender during the teams’ matchup in the Big 12 Championship Game.

Sooners quarterback Jaylen Hurts (1) is forced out of bounds on a running play by Bears senior linebacker Jordan Williams (38) during the Big 12 title game.

Oklahoma wide receiver CeeDee Lamb (2) is chopped down by a Baylor defender during the teams’ matchup in the Big 12 Championship Game.

ARLINGTON — No. 6 Oklahoma has done all it can, winning a fifth Big 12 title in a row with another close win over No. 7 Baylor.

Now the Sooners wait to see if they are going to get in back in the College Football Playoff. That is up to the selection committee, though it will be virtually impossible to keep Oklahoma from being one of those four teams.

“I hope they see the Big 12 champions. They’ve got a job to do, I get that,” coach Lincoln Riley said after Oklahoma’s 30-23 overtime win Saturday.

Rhamondre Stevenson had a 5-yard touchdown run in overtime, and then true freshman Jacob Zeno — whose two long passes in the fourth quarter helped tie the game — was under constant pressure when Baylor got its last chance.

A day after No. 5 Utah lost in the Pac-12 championship game, and before No. 4 Georgia fell 37-10 to No. 1 LSU in the SEC title game, Oklahoma (12-1, No. 6 CFP) became the first team in any league to win 10 conference championship games. It was the 13th Big 12 title overall for the Sooners, who went to the playoff three of the past four seasons.

It was the second time in four games that Oklahoma beat the Bears (11-2, No. 7 CFP), who in coach Matt Rhule’s debut season two years ago lost 11 games with a depleted roster in the aftermath of a scandal that led to the firing of two-time Big 12 champion coach Art Briles.

Rhule said Oklahoma should be in the playoff regardless of any other results.

As for his team, Rhule told them to “feel that pain” of watching the Sooners celebrate.

“Let that drive you in the offseason,” he said. “But at the same time, also understand what we’ve done.”

Oklahoma: Will play No. 1 LSU in CFP Semfinal in Atlanta on Dec. 28.

Baylor: Will play No. 5 Georgia in Sugar Bowl on New Year’s Day.