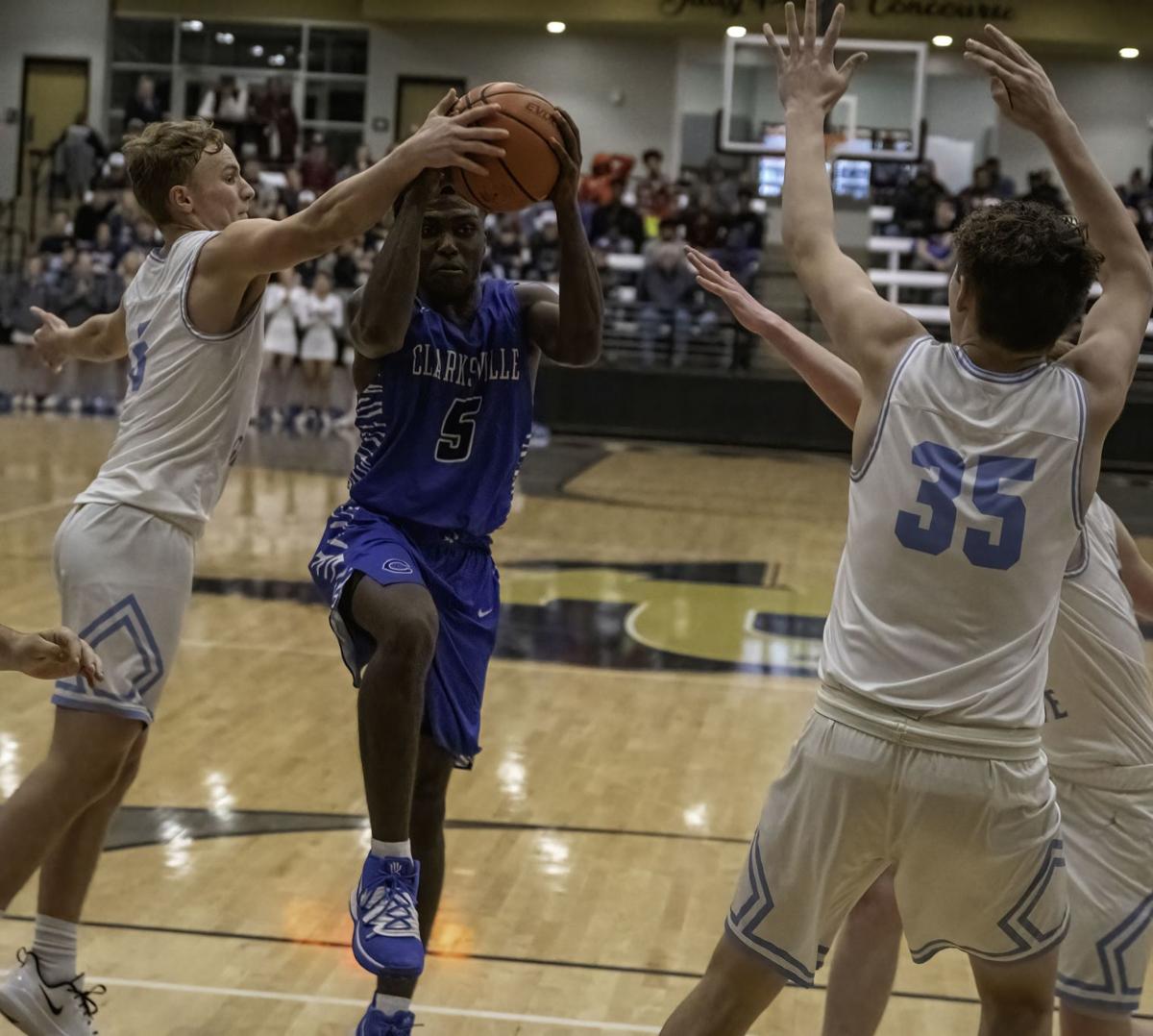 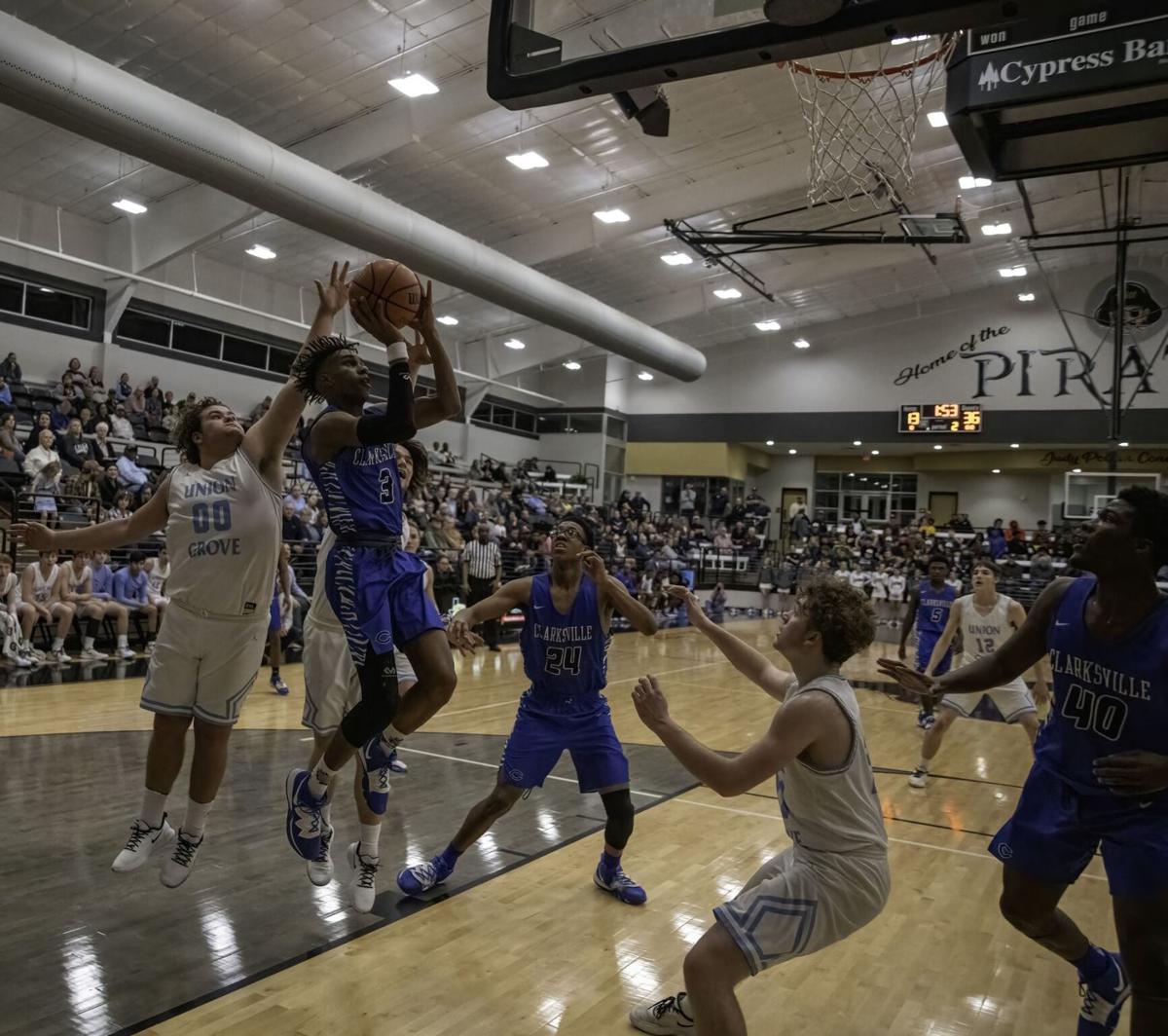 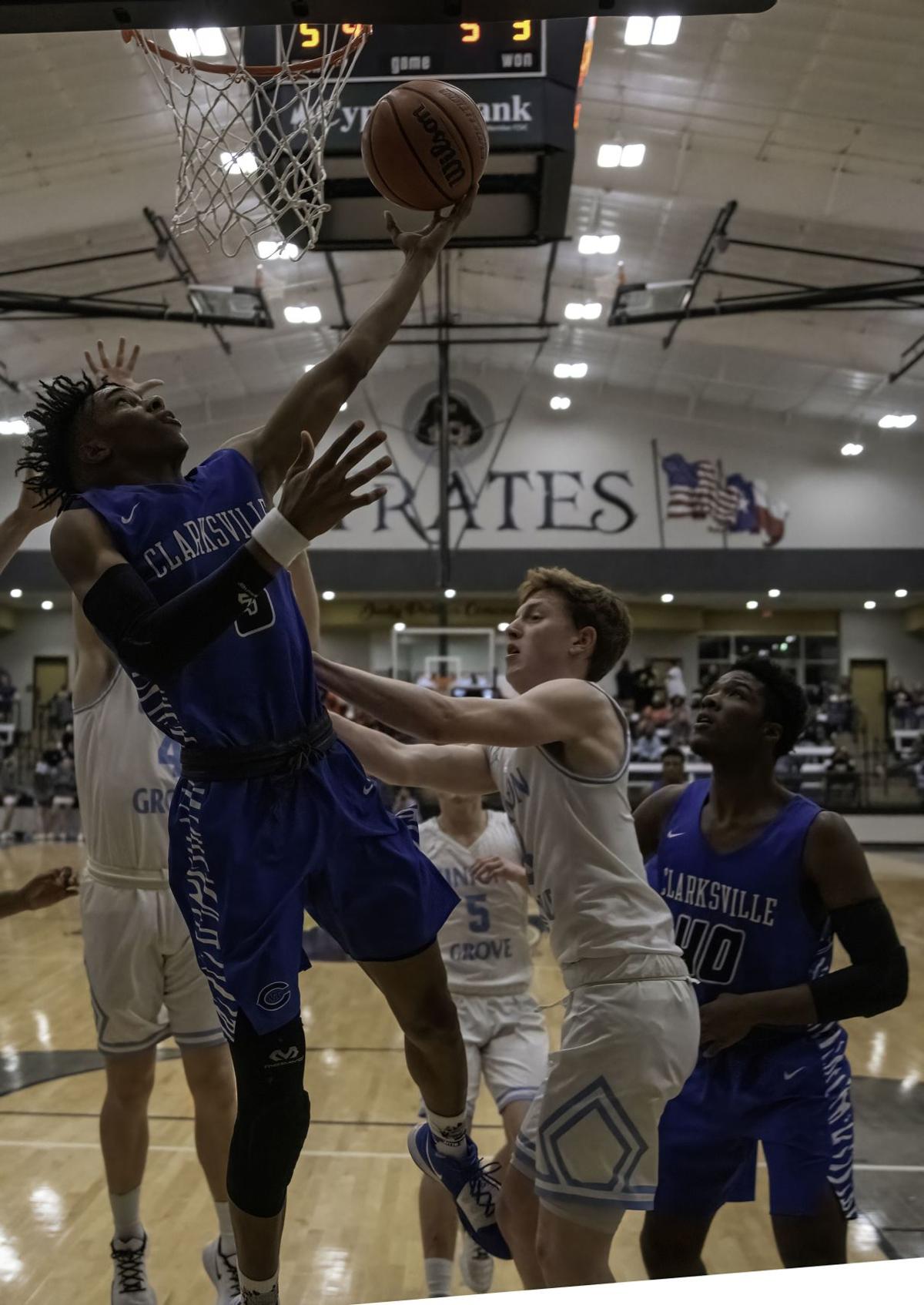 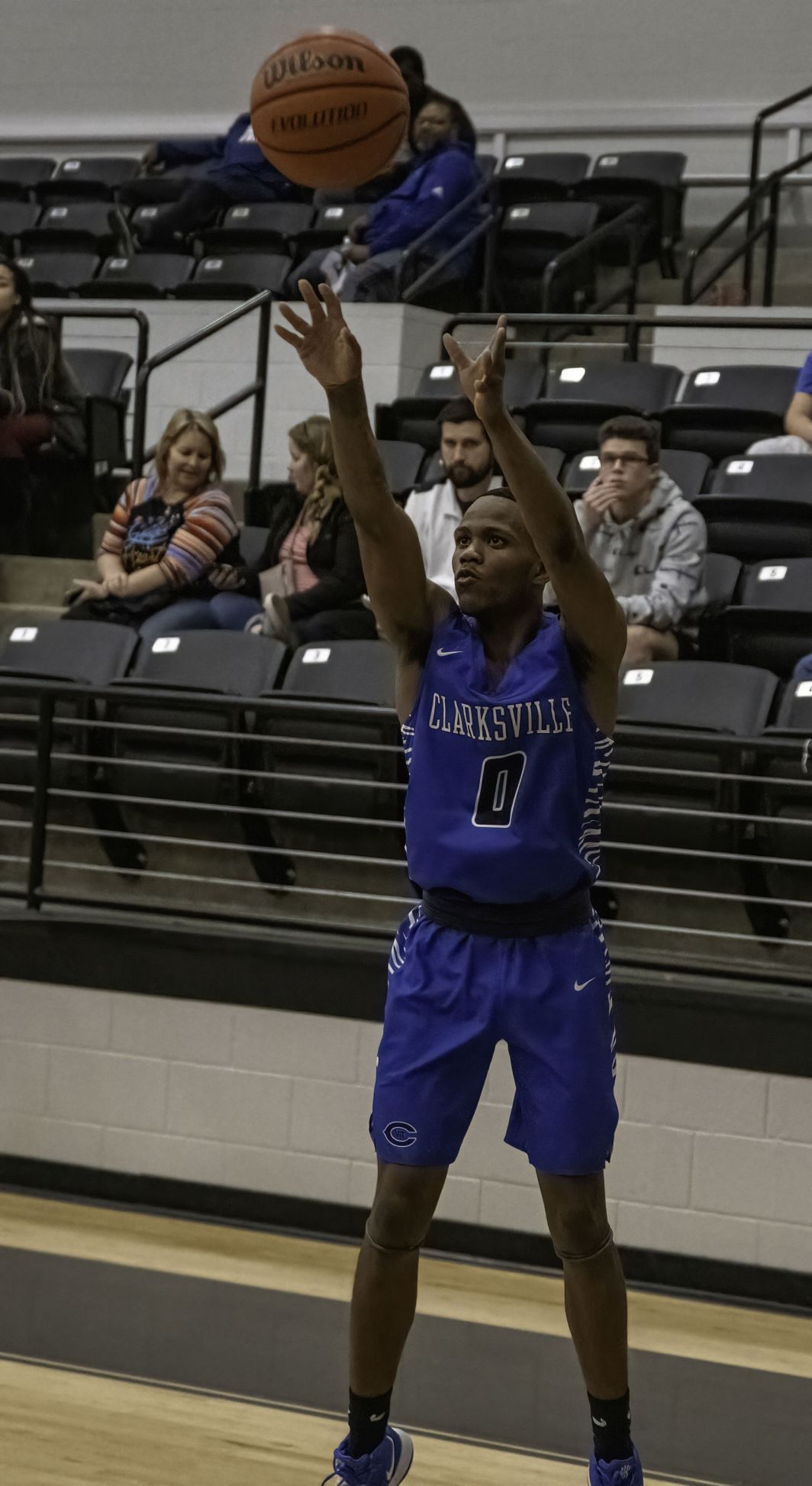 Daquavian Griffin shoots from the corner in the Tigers' win over Union Grove on Tuesday.

Daquavian Griffin shoots from the corner in the Tigers' win over Union Grove on Tuesday.

PITTSBURG — When postseason play rolls around, traditionally, the Clarksville High School boys basketball teams pick up their level of play a notch. It looked like things hadn’t changed Tuesday night at Pittsburg High School. Coach Willie Coulter’s Tigers put on display one of their strongest performances of the season, as Clarksville cruised to a decisive 83-51 bi-district win over the Union Grove Lions.

“We’ve still got some things we’ve got to clean up. Even with scoring as many points as we did, we knew at the half that we had left about 20 out there,” Coulter said. “But overall, I think we played well, and we’ve just got to stay steady with that. The next opponent is going to be much more tougher than that.”

The heroes for the Tigers were numerous in the game, but none greater than senior guard, Daquavian Griffin, who did not start the game. Griffin would arrive off the bench and deliver a game high 22 points. That total point output included seven 3-point field goals, with four arriving during the final two periods of action.

“He can shoot the ball. When he’s open he can shoot the ball, and most of the time he’s going to be right around the basket with it when he shoots the 3. He has helped us a whole lot with his shooting this year. Griffin comes in there, and he can spark something real quick,” Coulter said.

The Blue Tigers were dominant in all phases of the game, as Coulter’s team took a 21-11 advantage at the end of the opening frame, then never looked back. But Union Grove did manage to hang around for a while early in the contest. With the first quarter half gone, the Tigers only led 10-6. However, the Lions were limited to just nine additional points in the first half as Clarksville had built an overwhelming 45-15 advantage at the intermission to put the game away.

Tigers senior point guard Quay Scales did not have to score a lot of points in the game as he finished the night with six, but he ran the offense well and delivered some outstanding passes to gain assist. Jalen Scott was a weapon who helped open the Tigers offensive attack, as he buried a pair of 3-pointers in the opening quarter and totaled three in the game. He was also instrumental in the Blue Tigers being able to dominate defensively.

And Neo Scales, a starter one season ago, stepped up in a reserve role to add fuel to the Tigers fire down low. R.J. Owens and and Trae’ Rose joined Olajuwon Woodberry inside to help Neo Scales control the paint, as the Lions were limited to low numbers rebounding at both ends of the court.

Clarksville, which never trailed in the game, carried a 62-25 advantage into the final quarter. The Tigers then moved to 72-32 margin when Griffin popped in a 3-pointer with 4:08 left in the game. And with 2:34 remaining in the contest, Griffin’s lone free throw of the night, gave the Tigers their greatest advantage at 79-38. Coulter would remove his starters at that point as Union Grove would charge back with a furious run in the final two minutes. The final four points for Clarksville in the game would arrive by way of freshman Na’Quavus Caesar’s free throws.

“I knew we would have to do some things to handle them tonight because they’ve got some things going on, and we just had to try to take them out of what they were doing,” Coulter said.

Scott contributed 14 points for the Blue Tigers, while Owens canned 11, and Neo Scales and Woodberry produced 10 points each. Union Grove was led by Carson Daniels with 20 points. He had four 3-point field goals with three arriving in the final two minutes of play. Clarksville had 10 total 3-point hits in the game.