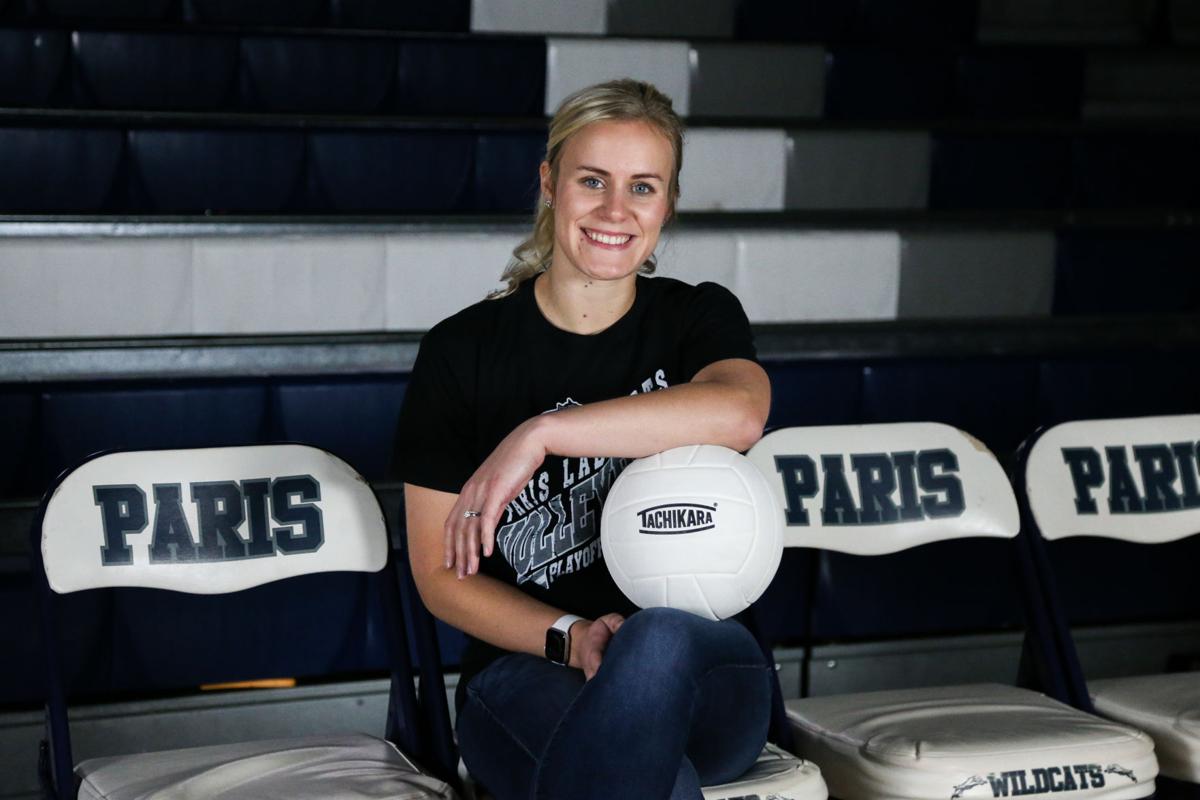 Lady ’Cats head volleyball coach Ashley Green guided Paris to an overall record of 29-9 with a 7-1 record in district in her first year at the helm. 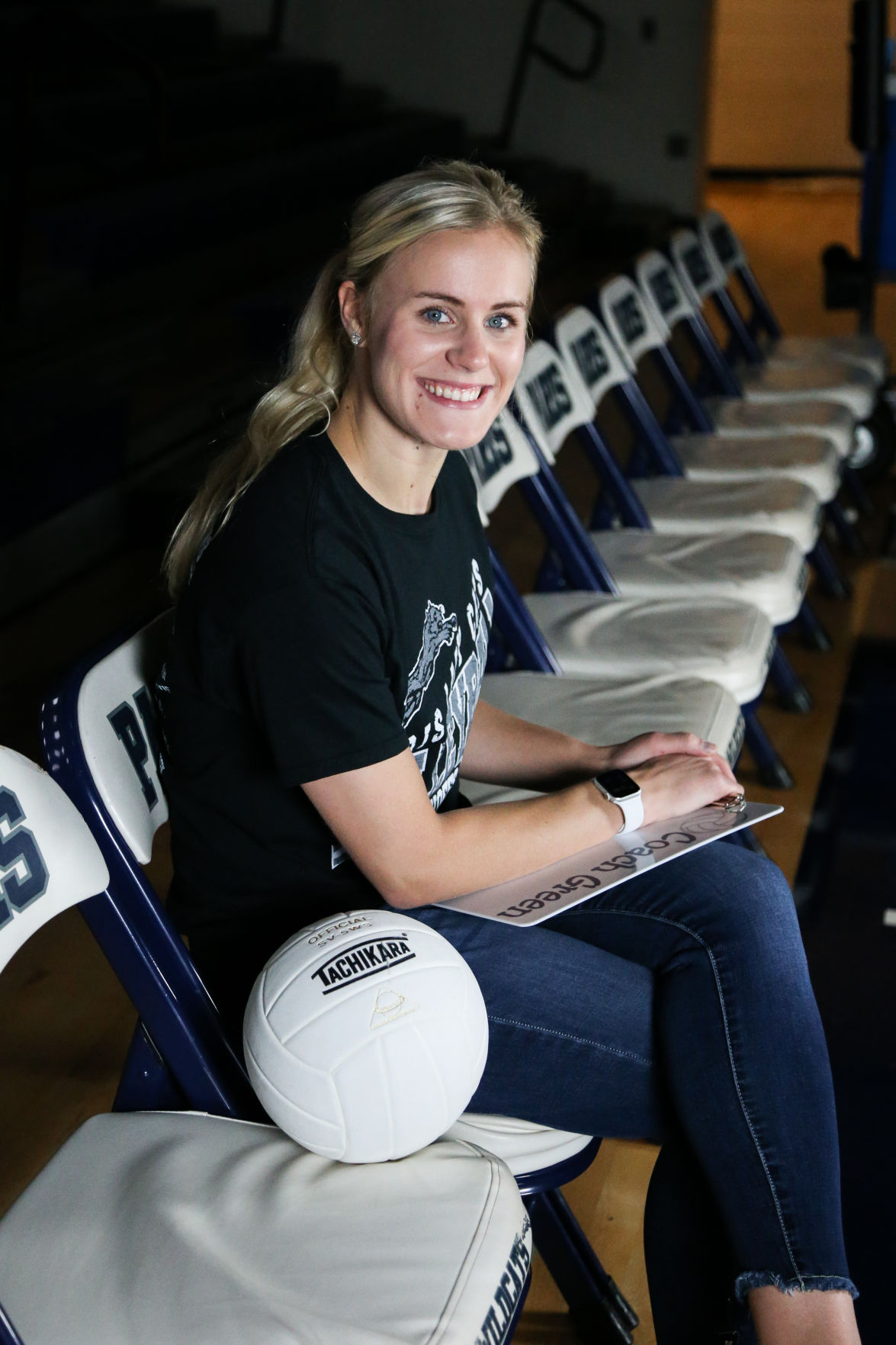 Paris accomplished plenty of firsts since 2010 under Green. Those firsts for the Lady ’Cats include winning a regular season tournament, sweeping North Lamar in district play and advancing past the bi-district round of postseason play.

Lady ’Cats head volleyball coach Ashley Green guided Paris to an overall record of 29-9 with a 7-1 record in district in her first year at the helm.

Paris accomplished plenty of firsts since 2010 under Green. Those firsts for the Lady ’Cats include winning a regular season tournament, sweeping North Lamar in district play and advancing past the bi-district round of postseason play.

The Paris Lady Wildcat volleyball team’s motto this year was to “Raise the Standard.” This year’s All-RRV Coach of the Year did just that in her first year with the Lady ’Cat volleyball program. First-year varsity coach Ashley Green guided Paris to strong season with a fresh and new perspective.

“I feel like we started something new with our season as a whole,” Green said. “We raised the standard and set goals for ourselves in a whole new program. We had some bumps in the road, but got better every single game. Whether we won or lost, we got better each time out. For me personally, I am always looking for different things I can do each season. I feel like I grew with them and will continue to look for ways to improve.”

For the first time in nearly a decade, Green guided Paris to an in-season tournament championship (Marshall/ETBU Tournament), a sweep of North Lamar in district play and a berth in the area round of the playoffs. Getting to do all of these things was even sweeter knowing how much it meant to Paris’ four seniors (Grace Woodby, Tori Weatherford, Skylar Coursey and Riley Bills).

One defining achievement for Green was the win at North Lamar. Paris won the match in five sets, but had to dig deep to pull it off. The Lady ’Cats led 2-0 in sets, but ultimately faced a 14-13 deficit all without a key player in the match. However, the Lady ’Cats took the next point and junior Hannah Gibbons put down two big kills to help Paris win its first match at North Lamar since 2010.

“I think our biggest moment this year was when we went to North Lamar and won in a close, five-set barnburner,” Green said. “We lost a game to Anna before that game and had a key player out, so that win really helped us come together as a team and gave us a lot of confidence.”

Along with the big win over their crosstown rivals, it led to even bigger wins, which showed Green what coaching is all about.

“I’m really proud of the win at North Lamar and the playoff game we won against Henderson,” Green said. “Everything we overcame, everything we worked so hard for in those moments made me so proud to be their coach. Those moments really made me realize, ‘Wow, this is what it’s all about.’”

The magical and historic season ultimately ended in a five-set defeat against Van in the area round. However, the team knows they could not have gotten to where they did with their season and with the level of their program is at as a whole without Green.

“Coach Green always believed in us as a team, and she constantly reassured us that we could do anything we set our minds to,” Weatherford said. “She pushed us, made us work hard and kept us determined the whole season. Her positivity and belief in us made it possible to be so successful this year.”

Green came into the season with experience as a coach just not on the varsity level. Knowing the game, being able to build strong relationships with the players quickly and knowing several of the players from her previous junior high stint helped make the transition from junior high to high school seamless.

“Despite this being my first year as a varsity coach, I coached four of them in junior high, so that helped me with the relationships,” Green said. “I know automatically you have to build those relationships to make anything happen, which is the same in the classroom as you have to let them know you care if you want them to learn anything from and want to do well for you. I kind of already knew what I wanted to do with the program, but building those relationships helped make it possible.”

Life throws unexpected turns at most individuals, and Green is not excluded from that. After having a child with her husband and head strength coach Matt Green, she thought it was time to stop coaching. However, after lots of prayer, thought and conversations with others, she took on the challenge and is grateful that she did.

“What initially got me interested in coaching volleyball was that I’ve played it, I’m pretty knowledgeable about the game and I can build relationships pretty easily,” Green said. “I started coaching club, then in junior high and then varsity position came about. I had just had a kid so I didn’t really want to get out of coaching. I resigned from my coaching job in junior high, but my husband told me I’d be a really good fit for the job. I told him that I really didn’t want to do it at first, but I prayed about it and God kept telling me He really wanted me to do it. I love it and it has been one of the best decisions I’ve made. It’s been able to work with my little one, so that has helped and it has truly been a blessing.”

Taking the job was one part of the equation, but growing into the role was a different story. Green passed that test with flying colors as she guided Paris (29-9, 7-1) to its best season since 2010. She feels her past experience as a player and the example she had a high school player from her coach both largely played into the success she had this year.

“Being an athlete and growing up and playing volleyball since fifth grade helped me a lot. My high school coach really influenced me to want to be a coach more than anything,” Green said. “I had a great relationship with her and wanted to do anything for her whether it was running my butt off or doing everything to the best of my abilities. Her example when I was in high school helped prepare me for playing and practicing hard in college. I learned that being mediocre is never okay, and it all really helped me and still does now as a head coach.”

Knowing what she knows and what she experienced helped Green with her coaching style, which she believes requires, discipline, love and most importantly a strong bond.

“My coaching philosophy is to set the standard high and keep it all about discipline at first,” Green said. “We have to establish discipline and everything will fall in line. It’s also about building those relationships with your players. If you don’t have a relationship with your players, it’s hard for them to want to do anything for you or respect you. I’m very positive as a person, and I think it has helped me with the girls. I try to give them positive reinforcement and positive feedback, but at the same time make sure they know what we need to do differently.”

After achieving what they did, Green and the Lady ’Cats have plenty to build upon, and Green is already eager to get back on the court and work hard with her players to reach new heights of the ever-raising standard.

“Next year I want to keep setting that standard for the girls coming into program and continuing that journey with them,” Green said. “I’m excited to keep working hard with them, achieve new goals, keep raising the standard and make it past the second round of playoffs. I’m just excited to get back to work with the girls in general.”

The Prairiland Lady Patriots volleyball team made history this season, and this year’s All-RRV MVP was a big reason why.