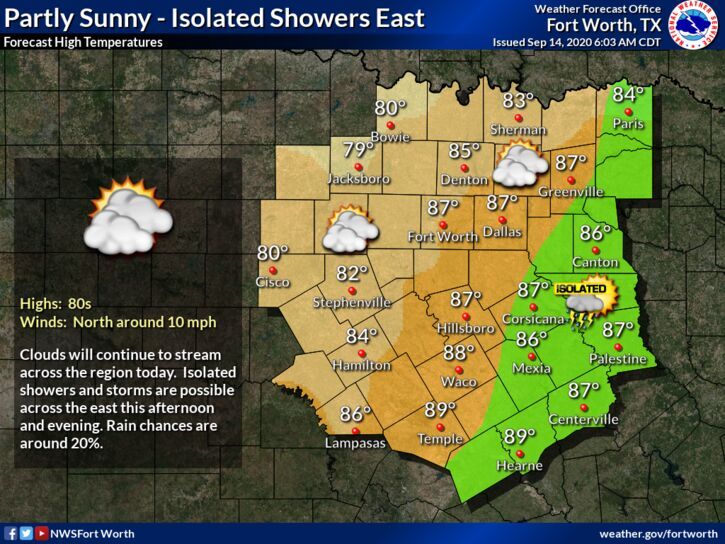 Clouds will continue to stream across the region today with better moisture east of I-35 resulting in some isolated showers this afternoon. Highs will top out in the lower 80s northwest to upper 80s everywhere else. Rain chances are 20%. 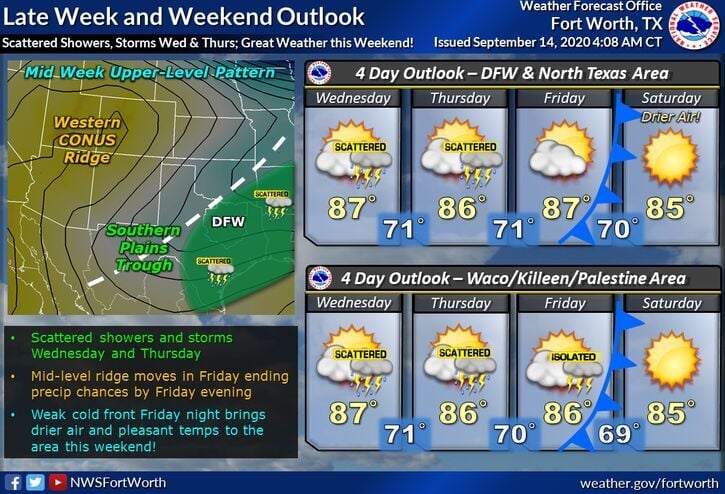 Scattered showers and storms are expected Wednesday and Thursday of this week as an upper trough remains overhead. A ridge of high pressure will move into the area Friday and end precip chances. A weak cold front should then move through Friday night and allow for very pleasant weather this upcoming weekend! 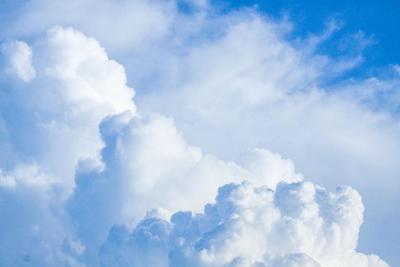 An intrusion of moisture over the region not only means more clouds in the sky than originally anticipated, but also the chance for afternoon showers. Today carries a 20% chance for showers and thunderstorms after 4 p.m. The day will otherwise be partly sunny with a high near 84 degrees as winds come from the northeast at around 10 mph. Tonight will be mostly cloudy with a low around 68.

Tropical Storm Sally and weak high pressure over the Plains will be Tuesday's main influences, working to keep the area mostly sunny. Winds will continued from the north northeast in the wake of a weak front that passed through Sunday night, and that cooler air will work to keep temperatures at a relatively comfortable 85 degrees. Tuesday night will be partly cloudy with a low around 69.

Have a great Monday!