Starting at
$14.00 for 30 days
Get Started
View all rates
You have permission to edit this article.
Edit
Home
News
Opinion
Be Heard
Sports
Classifieds
Obituaries
Customer Service
e-Edition
Paris Life
Reader's Choice
1 of 6 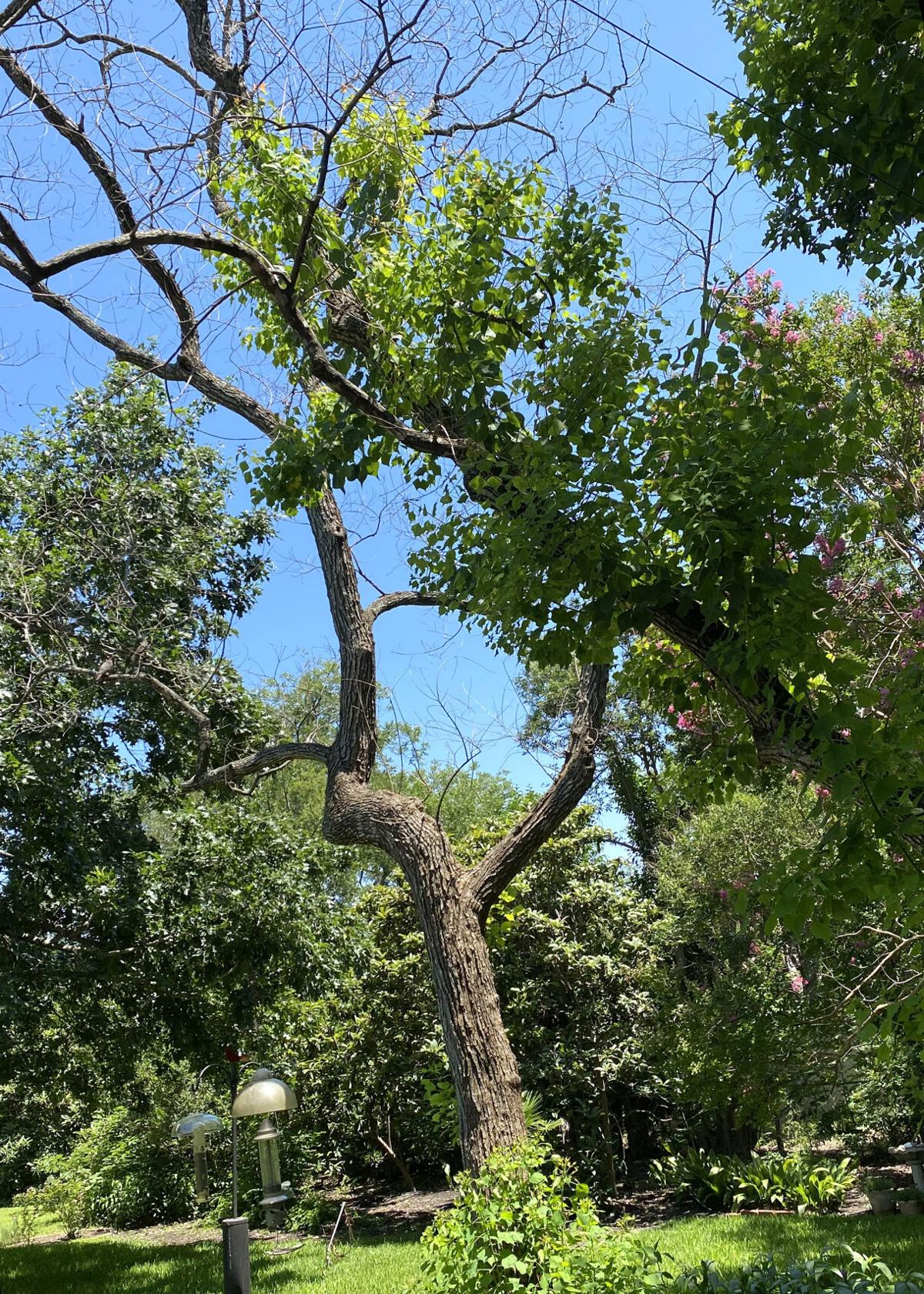 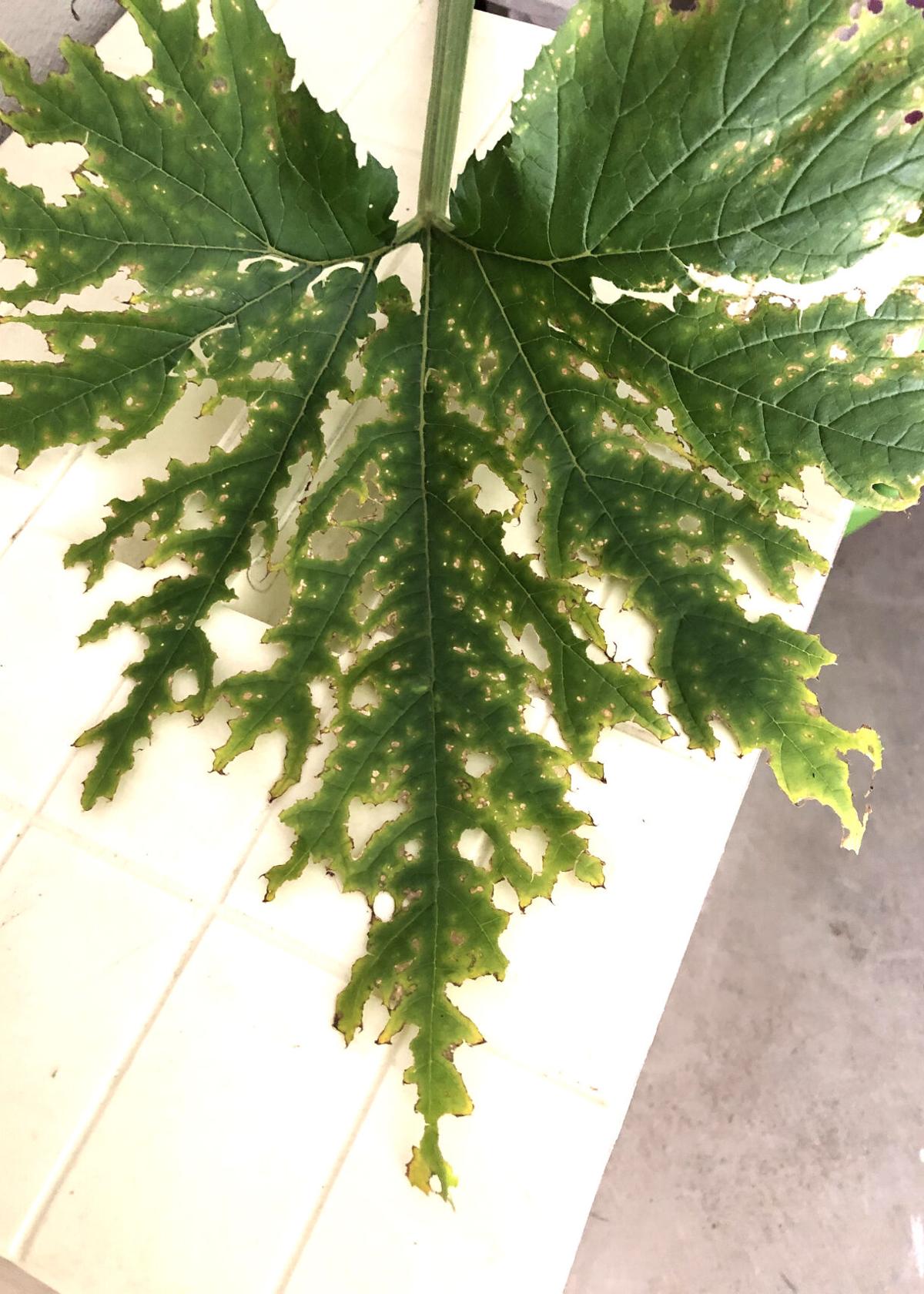 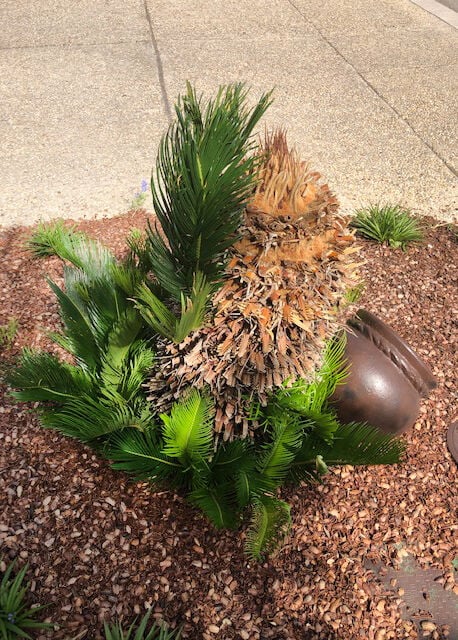 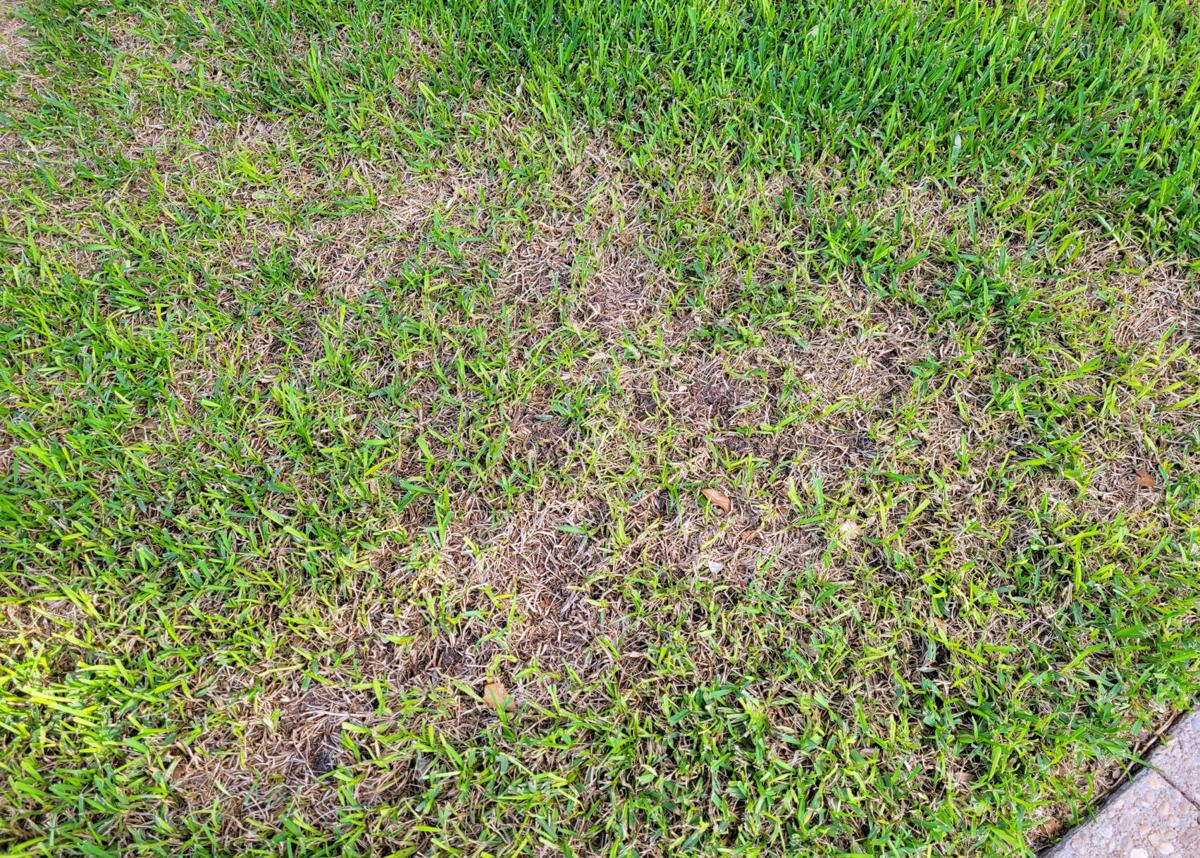 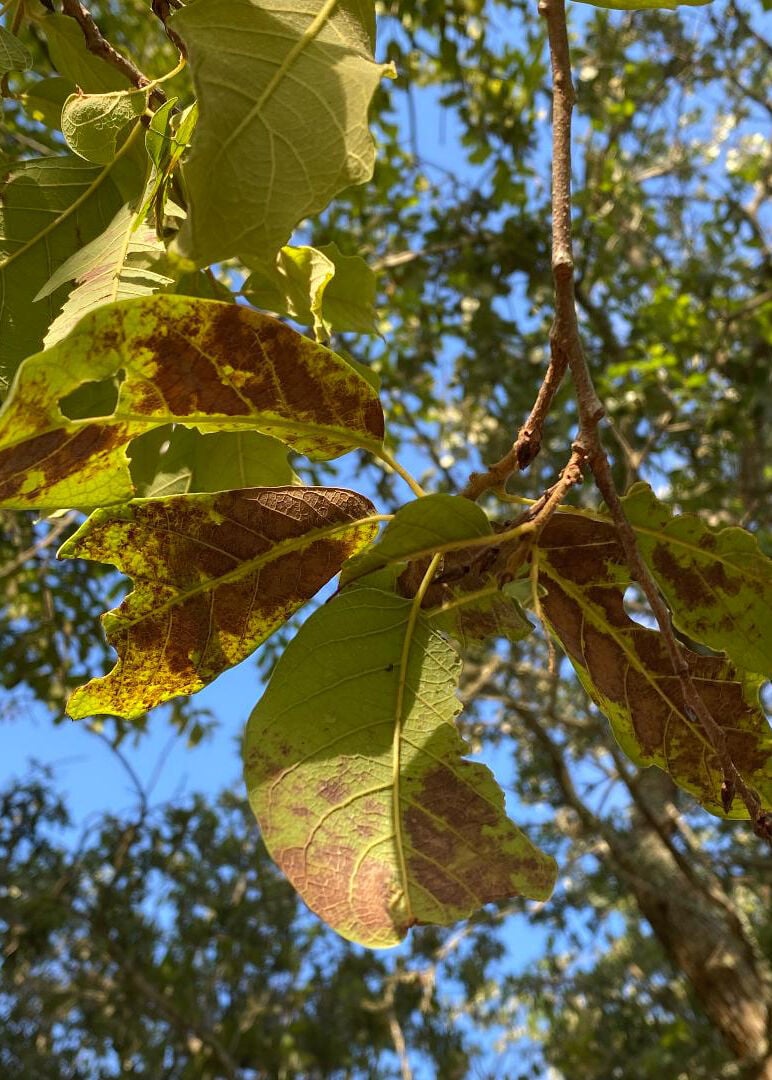 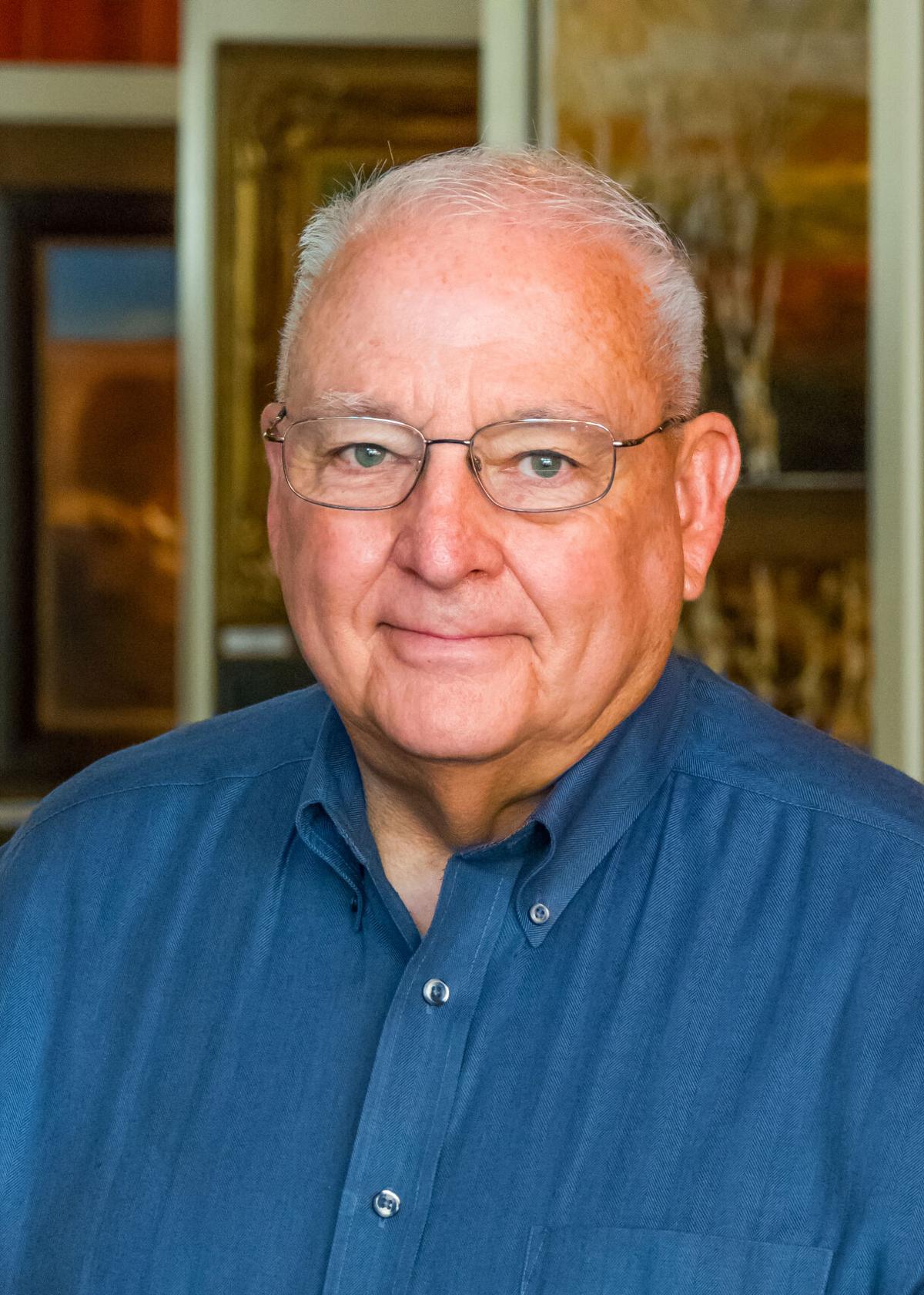 Q. Dear Neil: Fescue grass has totally invaded a 15-by-30-foot bed of mondograss in our landscape due to a lawn maintenance company’s carelessness in overseeding the fescue. How can it be eliminated without harming the mondograss?

A. That’s going to be difficult. It really needs to rest on the shoulders of the lawn care company since they’re the ones who committed the blunder. It may have to involve using a wick applicator to apply a glyphosate-only herbicide carefully to the tops of the leaves of the fescue. They would have to keep it off the mondograss in the process. If the fescue was overseeded this past spring it will not be very strong yet. Summer’s heat may help by killing much of it out. Again, to emphasize, this is the lawn care company’s problem to solve.

Q. Dear Neil: What is eating the leaves of my zucchini squash? I looked on the backs and didn’t find any eggs.

A. This is damage caused by striped cucumber beetles. The adult beetles are fond of cucumbers and other cucurbits, especially zucchini. They can do major damage to the foliage, flowers and even rinds of the fruit in very short order. Clean up all garden debris when harvest is finished to remove the overwintering options. Rotate your crops so you don’t plant squash and cucumbers in the same ground in successive years. Watch closely for the first signs of the beetles. There are insecticides labeled for use on them, but hopefully you can keep the pests in check without having to resort to them.

Q. Dear Neil: These two trees were hurt by the cold. Normally, of course, they put out their new leaves from the branches, but those appear to have been killed. Can I remove the dead branches yet?

A. I believe you have Chinese tallow trees. They were damaged in Central Texas and killed in North Texas by the cold. Gardeners in South Texas have been encouraged not to grow them for a long while because they invade wetlands along streams. Yes – the old trunks of your trees are not going to produce any new leaves. You might as well have them taken out. I see power lines involved, so you’ll want to hire someone with the experience and equipment to do the takedown safely.

Q. Dear Neil: My St. Augustine looked great one month ago: green and filling in really nicely. Three weeks ago it started developing spots that looked like the grass was dying. It has progressed rapidly, as you can see. I bought some Scotts Disease EX with Azoxystrobin and am ready to apply it, but I wanted to be sure of the problem involved and that fungicide is appropriate. See attached photos.

A. I wish you would have attached a close-up photo of the blades. If you have remnants of take all root rot (an April and May, cool-season disease, it would turn the grass yellow in patches like your photos show. If you pull gently on the runners, they would come up with little resistance. Roots would be short and very dark, instead of creamy white.

Gray leaf spot typically shows up in the hottest part of the summer (July, August and into early September). It causes the same kind of diffused, yellowed patches as TARR, but its BB-sized, diamond-shaped gray/brown lesions are very conspicuous on the blades and occasionally on the runners.

Both of these funguses will kill the grass, but luckily, both can be controlled with the Azoxystrobin fungicide. Gray leaf spot is accelerated by applications of nitrogen fertilizer during hot weather, so it’s best not to feed your lawn until September if you think gray leaf spot might be present.

Q. Dear Neil: I have a Meyer lemon that was hurt by the freeze. However, it is sending out lots of new growth from its stems. The new shoots have thorns, however. Is this coming from a rootstock that had thorns? Do I no longer have a Meyer? Should I just remove it and start over?

A. It may have been grafted onto a trifoliate orange rootstock. Meyer lemons can be grown from seed or cuttings, but from your description, it surely sounds like you have a different rootstock. If you continue to see new growth that doesn’t look like the Meyer lemon of old, yes, it’s time to start over.

Q. Dear Neil: Can you tell me what has happened to the leaves of my tree and what I can do to stop it?

A. First off, caterpillars have been involved at some point. They would have chewed the holes in the leaves, both in the centers of the leaf tissues and around the edges. Whether they are responsible for skeletonizing the backs of the leaves or not, I can’t tell you for sure, but something has taken the lower epidermis off the portions between the veins. It’s odd that they are all gone without any evidence of caterpillars remaining. Perhaps they have finished their feeding, pupated into adult moths and flown away. B.t. (Bacillus thuringiensis) will control them while they’re feeding. The systemic insecticide Imidacloprid might have helped earlier. I suspect that the tree will be putting out new growth soon. Hopefully they won’t return.

Q. Dear Neil: My sago palms are not doing well. Can this be retrained? Should I cut off the dead portions?

A. Prune to remove the dried leaves and let the new growth proceed. Reevaluate this fall. They may grow back faster than you expect.

SPERRY: Splitting bark could be a problem

Bark is a critical tissue in conducting sugars from the leaves back down to the roots. Just inside the bark is a tissue called phloem and in that conducting tissue, the sugars are transported. When the bark is lost, the supply line is lost.