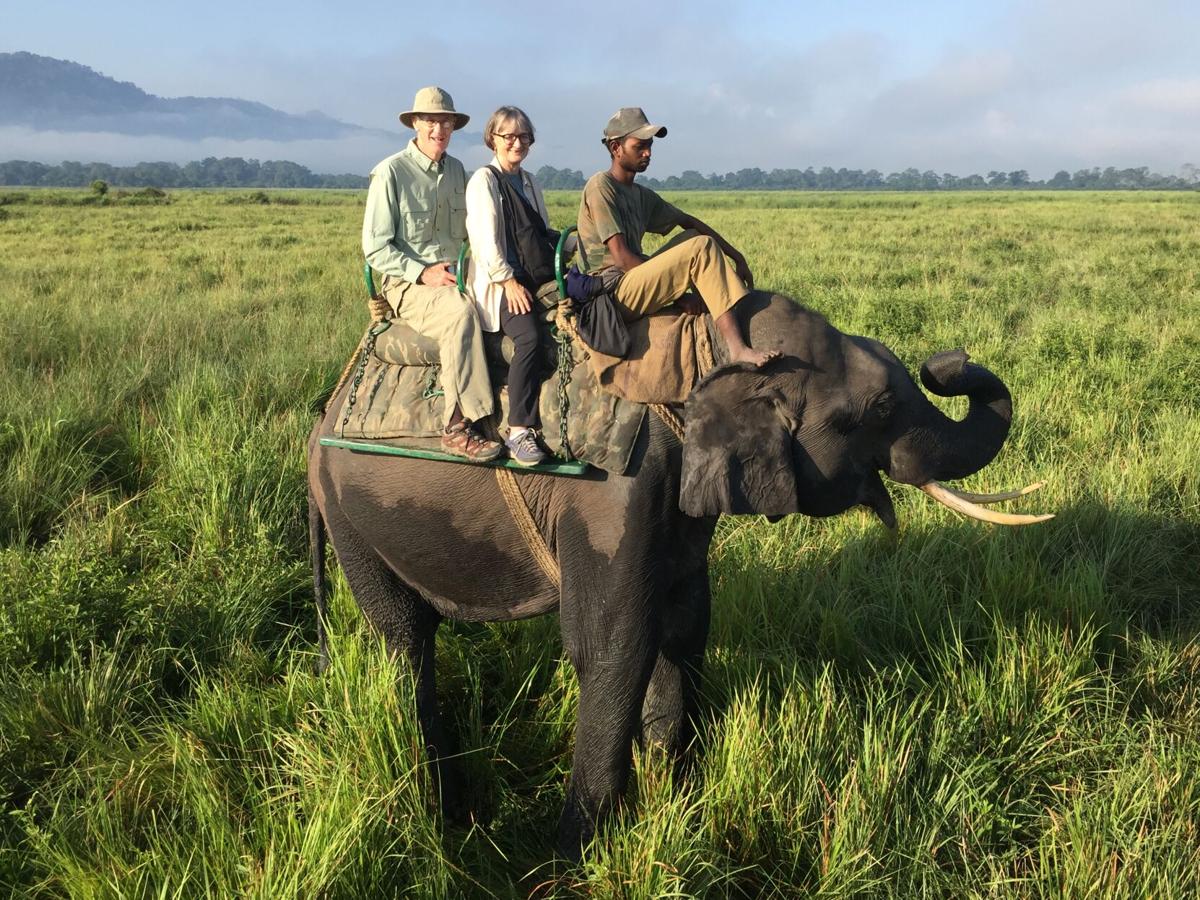 The author, center, and her husband, left, share a ride on an Asian elephant during a visit to Kaziranga National Park in India. On the right is a local mahout, or elephant handler. 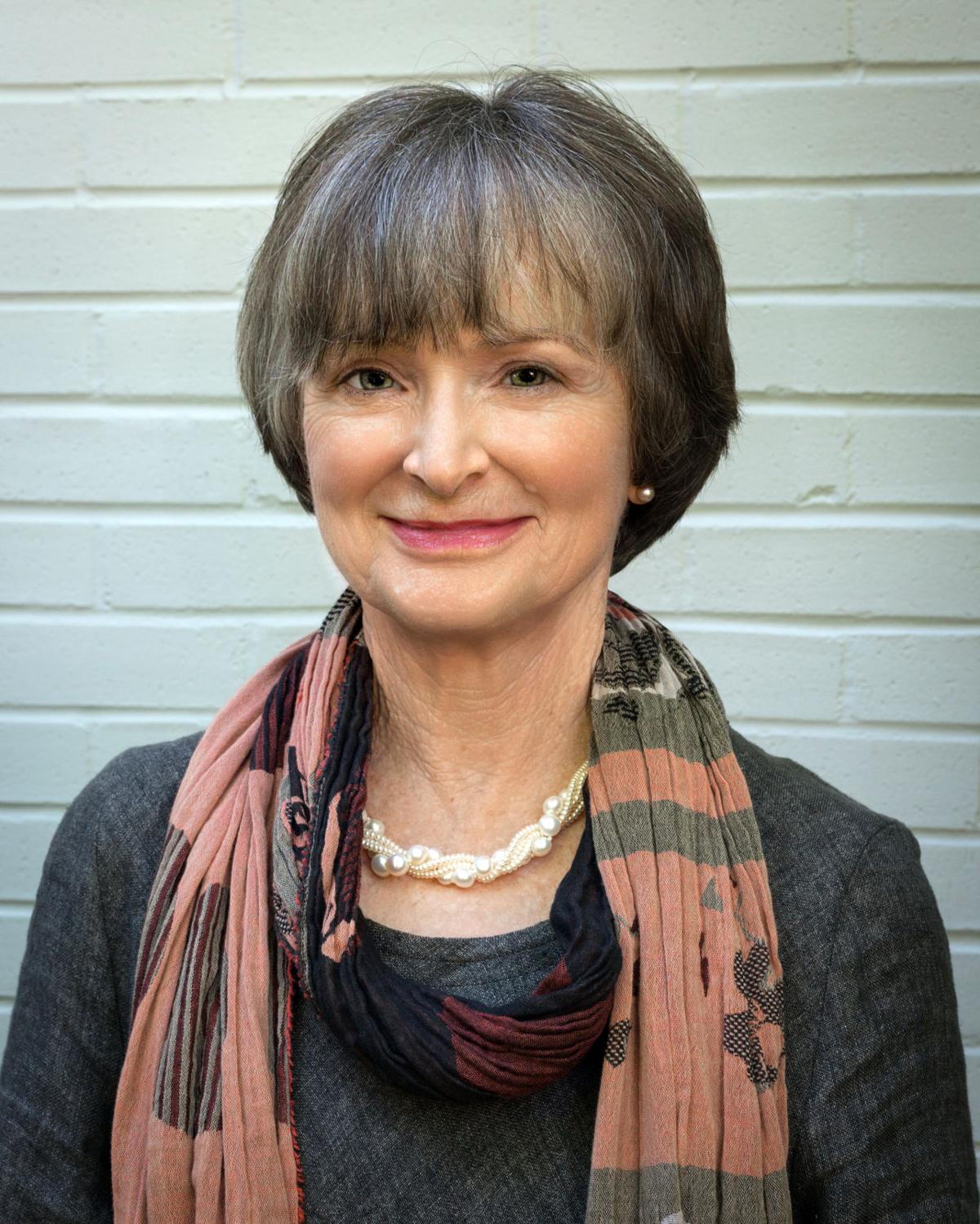 The author, center, and her husband, left, share a ride on an Asian elephant during a visit to Kaziranga National Park in India. On the right is a local mahout, or elephant handler.

If I were to describe the experience of riding on an elephant in search of rhinos and tigers, where would you first guess I was traveling? Probably Africa with its plentiful wildlife safaris. But in truth, I was in the far northeast of India — the Assam Valley — at the Kaziranga National Park. Other than the cost of travel, this park provided many of the thrills of wildlife viewing with much less expense.

My husband and I were on a trip to follow my father’s WWII footsteps to India and China, where he had flown supplies from his base in India to Kunming, China, over the Himalaya Mountains. Thanks to a suggestion from our Assamese travel agency, we detoured slightly to the Kaziranga National Park, that began as a national preserve in 1904 and is one of over 100 national parks in India. Flooding from the adjacent Brahmaputra River is an occasional threat and the park owns additional higher land for animals to escape the rising water.

After an early rise and sustained only by a cup of tea, we drove into the park for our scheduled ride on Asian elephants, smaller than their African counterparts. While waiting, we watched a mother elephant and baby near a stream and learned the mother was recovering from an attack by a one-horned rhinoceros on a ride just a few days before. No human was hurt by the endangered breed as the elephant had taken the brunt of the charge. The guide explained this to reassure our worried faces.

Riding an elephant requires climbing to an elevated platform and waiting for your animal to move forward to the front, like a line of taxis slowly advancing. Many of the elephants had babies nearby, some attempting to feed while the mother awaited her turn. Ours had one who followed us throughout the ride.

Our mahout, or driver, directed the elephant with his feet behind her ears and gratefully didn’t seem to need the metal hook that he carried. They have worked together since she was young, and she easily followed his hidden commands. A few mahouts carried guns in case of a rhino attack. We were searching for the endangered one-horned rhinoceros amongst the high grasses. While approximately 2,000 live in the park, two-thirds of the world’s population, they are still targeted by poachers for their horns used in Tibetan and Chinese medicine.

In the soft morning light, our group of 10 elephants moved out in an expanding circle until one spotted a rhino — the mahout sending out a melodic message that one had been found. The other elephants silently made their way to the discovery. We were lucky to see several rhinos, including a mother and baby. None of the rhinos could have been easily seen except from the perch on an elephant.

Later that afternoon, we used an open-air jeep to search for more animals. Mostly Asians filled the other jeeps with only occasional Europeans. On our drive, we watched a rhino cross the road, seemingly oblivious to our presence and pause at a river crossing to follow a troop of Macaque monkeys play along the banks. Evidence of wild hogs reminded me of home. We had seen swamp deer from atop the elephant and more deer grazed close enough for viewing from the jeep. Wild water buffalos could be seen at a distance. The beautiful pink spider flower that grows in the rhino’s dung, indicated some lived nearby.

A Bengal tiger sighting is rare. They only emerge in late evening and prowl during the night. One had been spotted the day before, and our guide took us to that location overlooking a river. As the sun descended, more birds and animals gathered for an evening drink. The monkeys were back. A snake bird flitted across the water, diving now and then. My husband recorded new birds in his life book such as the Indian Roller and Indian Robin. Only a hammock was missing to properly enjoy the scene.

There were no tiger sightings that evening. Gratefully, we also missed two of the world’s largest snakes — both pythons. And the park’s small leopard population stayed out of sight. But thinking back to the morning elephant ride, as we swayed with the big footsteps, watching the morning fog lift from the hills, enjoying the quiet broken on occasion by bird songs, I couldn’t imagine Africa offering much more charm.

Mary Walker Clark is an award-winning travel writer. Her book, “Landing in My Present,” about the premature loss of her flying father, details her trip to follow his WWII footsteps in India and China and is available on Amazon and at Tresors de Paris, 125 Lamar Ave. in Paris. Clark lives in Paris, and may be contacted at maryclarktraveler@gmail.com.

Last month I wrote a story of a travel experience in Nagaland, India, when I was following my father’s WWII footsteps from the Assam Valley, I…