Starting at
$16.50 for 30 days
Get Started
View all rates
You are the owner of this article.
Edit Article Add New Article
You have permission to edit this article.
Edit
Home
News
Opinion
Sports
Classifieds
Obituaries
Customer Service
e-Edition
Paris Life
Readers' Choice
1 of 6 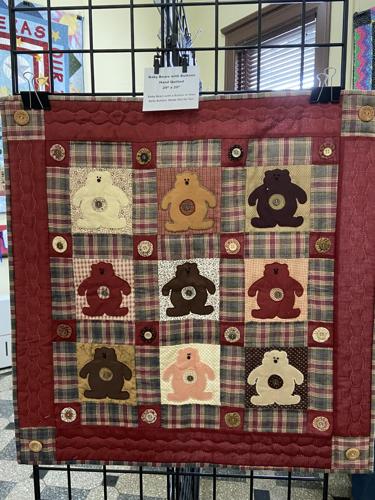 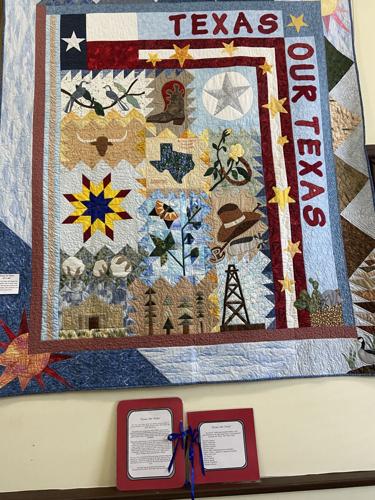 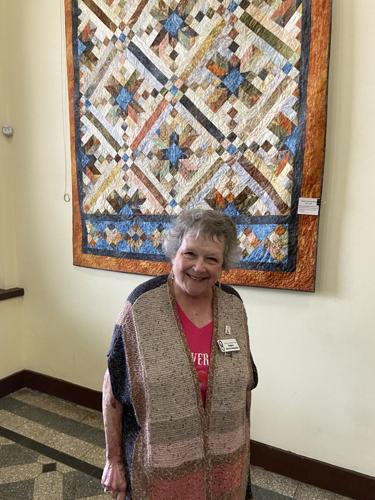 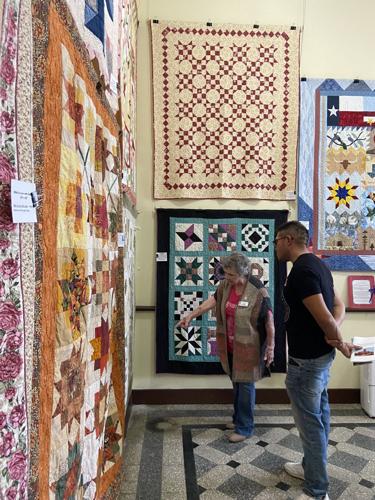 At 6 years old, the child often admired a cover that featured little dolls wearing bonnets that stayed tucked away in her parent’s newly acquired Paris, Texas, home. It was not until she was almost 40 that now master quilter Regina Harris-Holcomb became familiar with “Sunbonnet Sue.”

An exhibit featuring 18 quilts, all a part of the story of Harris’ journey in quilting, is featured at the Valley of the Caddo Museum and Cultural Center, 115 Bonham St. The museum is open 10 a.m. to 4 p.m. Fridays and Saturdays.

“We moved to Paris after the war (World War II) from California, and up until that time the only covers we had were green with USA Army on them,” Harris said. “I never realized what the cover was until I was almost 40 years old. I picked up a book one day, and all of a sudden I realized what I had seen as a child.”

After some time away from Paris, she and her late husband, David Harris, returned home in 1976. Her first experience with quilting came shortly afterward with a group of women at Calvary Methodist Church who made a quilt to raffle during a Christmas bazaar.

“I knew how to machine applique a little bit and could straight sew,” Harris said. “The ladies there taught me the basics and how to build a quilt frame. I learned from them and pretty soon found a book and began teaching myself to quilt.”

Almost 46 years later, Harris has dozens of quilts to her credit and has taught quilting techniques to scores of women, first in her own quilt shop, then later at the former Bernina and Sew Much More Quilt Shop on Stillhouse Road and more recently with the Red River Valley Quilt Guild, which meets regularly at Sew Always, 1709 Clarksville St.

It was with Harris’ guidance in 2004, that the Red River Valley Quilt Guild produced its renown “Texas Our Texas” quilt from a pattern no longer available.

The guild’s quilt features a Texas flag and state seal, a Texas map with Paris and the state Capitol designated, several cotton bolls, an oil derrick, a cowboy boot, hat and spurs along with a cattle brand and horseshoe. Also featured, a pair of mockingbirds, a Texas longhorn, yellow roses, pine trees, an Alamo replica, a Monarch butterfly, a cactus plant and an armadillo. A goose is located on the quilt’s right bottom corner, in honor of the Gambill Goose Refuge, a Lamar County landmark.

“You will see from the actual display her journey in life,” Wood said. “You have to come to believe it because it is extravagant, it’s amazing, breathtaking and awesome.”

A placard outside the exhibit room reads “Life of a Quilter.” It describes moments in Harris’ life as “Big Bangs” to include 1945 end of World War II when the family returned to Paris and another “Big Bang” when she discovered “Sunbonnet Sue.” Her husband died in 1999, another “Big Bang.”

“Enter my later years, still quilting, when a ‘little cowboy’ stole my heart after 20 years as a widow,” the placard reads. “I had six years of happiness as Regina Harris-Holcomb.’”

“I again lean on my quilting, friends and my fantastic memories to tell you of a quilter’s life and wait for the next ‘Big Bang.’”

More than 200 people gathered at Love Civic Center on Sunday afternoon to pay respect to those who have served to protect freedom during an annual celebration on the weekend leading to Veterans Day on Nov. 11.