Starting at
$16.50 for 30 days
Get Started
View all rates
You are the owner of this article.
Edit Article Add New Article
You have permission to edit this article.
Edit
Home
News
Opinion
Be Heard
Sports
Classifieds
Obituaries
Customer Service
e-Edition
Paris Life
Readers' Choice
1 of 3 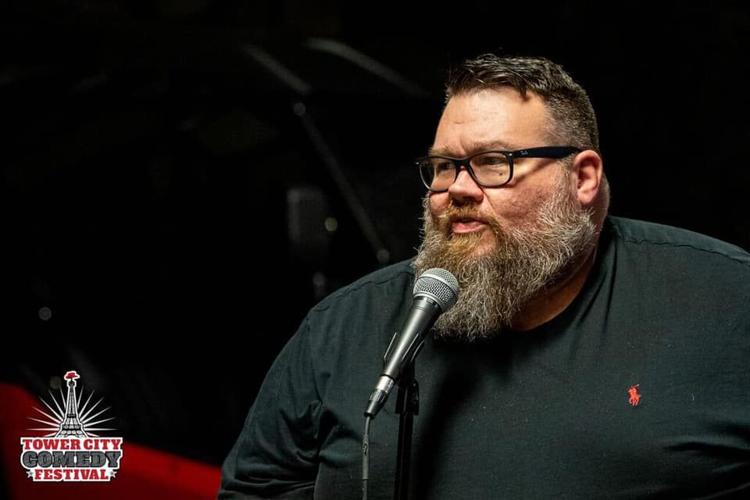 Daryl Felsberg at the microphone. 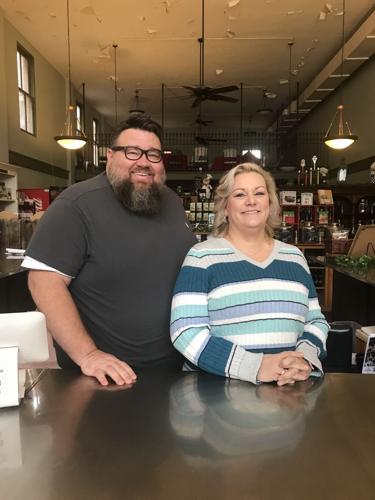 The businessman stands with his wife, Heather, at Olive Paris, which the couple own and have expanded since purchasing it in 2015 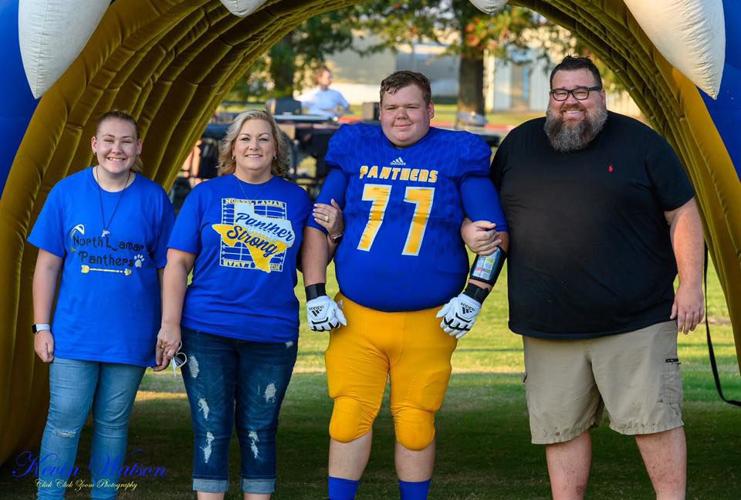 Daryl Felsberg at the microphone.

The businessman stands with his wife, Heather, at Olive Paris, which the couple own and have expanded since purchasing it in 2015

Comedy is like a piece of dough, Daryl Felsberg says.

“You take it, and you knead it. Sometimes it doesn’t quite fit, so you have to change it to make it a little funnier here and maybe a little embellishment there,” he said, describing his work.

He stays away from politics, gets his material from life experiences and says his size is one of his biggest assets.

“If I make fun of myself and talk about what ails me, that resonates with people,” the comedian said. “I find a commonality with audiences; everybody has children, and we talk a lot about family and everyday problems in life, including things that are sometimes controversial.

“You can say anything with a smile on your face if you have no harm in your heart.”

“After 25 years he still makes me laugh every day, and that is a good thing,” she said.

The couple applies the good attitude principle in raising their children, Garrick, a senior at North Lamar, and Zoe, a seventh-grade student. Both are good students and active in extracurricular activities.

Although he’s on the road performing much of the time, Felsberg said he works his schedule around school events so he can attend most of his children’s activities. When the family moved to Paris in 2008 to get out of windy Amarillo and to be closer to family here, the Felsbergs opened what is now Tower City Comedy, a 100-seat venue at 12 1st St. NE in downtown Paris.

“Every other weekend at least, I want to be here with my family,” the father said. “So, we set up a show with outside entertainers, and while I am in town I can get on the microphone and work out. That’s how we see what works and how people respond.”

In 2015, the Felsbergs purchased Olive Paris, right off the square on South Main Street.

“Heather always wanted a gourmet food type store, and she is really a good cook and is the brains of the store,” Felsberg said. “She’s really good at selling things on the floor and likes to help people find what they need.”

The store continues to carry a large line of olive oils and balsamics as the previous owners did in the past.

However, the Felsbergs have expanded the store to include gourmet foods and items people do not find in other stores.

“We go to farmers markets or to small shops when I travel and we buy small batch products to give people what they can’t find anywhere else, and a reason to come into the store,” Felsberg said. “We have the largest variety of pickles in town and hot sauces you can’t find on the shelves of other stores.

“Our market plan is to get someone to come in at least every three months and that seems to be working pretty well.”

Speaking of his roots in comedy, Felsberg said his father was a funny man whom everyone liked and who loved to listen to comedians on television. The family lived in Corpus Christi, and the father worked on off-shore well platforms.

“I would watch comedians with him when he was home, but he was at work two weeks at a time and wasn’t there to keep me out of his eight track collection,” Felsberg said, mentioning George Carlin and Richard Pryor.

“I probably listened to things I probably shouldn’t have been listening to.”

The thought of becoming a comedian stayed on the back burner until later in life in Amarillo, a few years before moving to Paris.

“I started going to open mikes,” Felsberg said, explaining he went eight weeks straight to the Amarillo Comedy Club, watching other performers go through routines before he decided to give it a shot.

“When I came down, Aaron Baker came up to me and asked how long I had been doing stand up,” Felsberg said. “When I told him that was my first time, he thought I was joking with him. We became friends and for several years I would do openings for him around the country. I would travel five or six hours for $25, or nothing but maybe a meal. Lots of times I would sleep in my car.”

About 29 at the time, Felsberg found he resonated with audiences more so than other starting-out comics who usually were much younger.

“I had a mortgage and responsibilities and I could connect better,” Felsberg said, explaining he and his wife had a wholesale appliance business and were part owners in a struggling hockey team in Amarillo. “I started to resonate with audiences and in a couple of years I knew this is what I wanted to do.”

Now, Felsberg is not only a stand-up comic but also a promoter. For the second year in a row, a three-day festival that drew 50 comedians from around the country to Paris, Texas, ended Saturday night.

“My comedy is about my life and what is going on in my life, my wife and kids, all my experiences,” "Breaking Bad" actor Steven Quezada said. “I’ve always been able to make a living as a comedian, but since I did ‘Breaking Bad,’ I have broken out and now I travel all over the globe.”

Do you think Lamar County commissioners should go ahead and purchase the 7 acres at 2805 N. Main St. for future use?

Concerned about soil conditions surrounding underground fuel storage tanks at a former Shell station, Lamar County Commissioners’ Court on Monday again stalled on a contract to purchase about 7 acres at 2805 N. Main St. but were in agreement for the need of a roughly $4.5 million facility for a backup emergency operations center/ classroom, office space and storage facility.