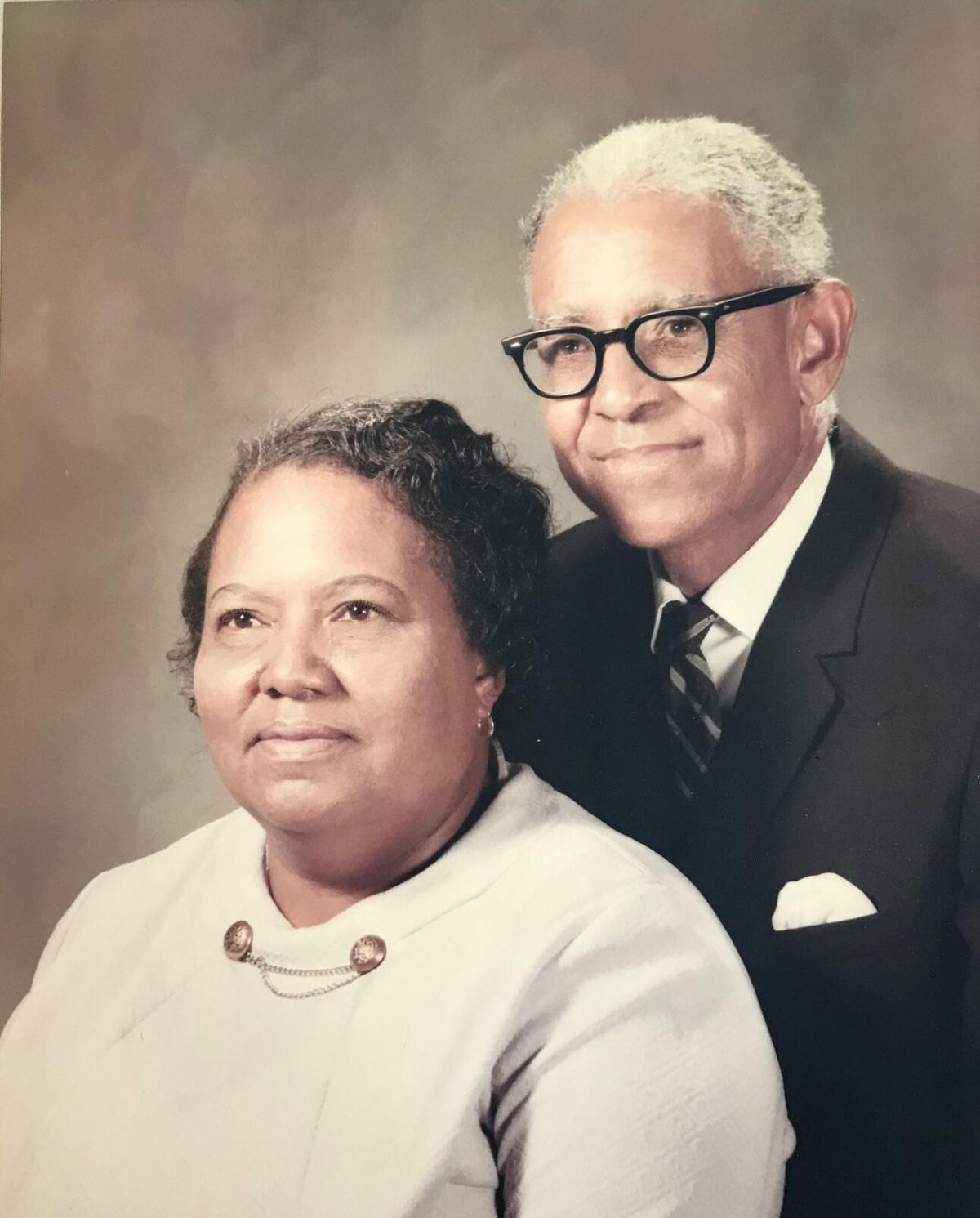 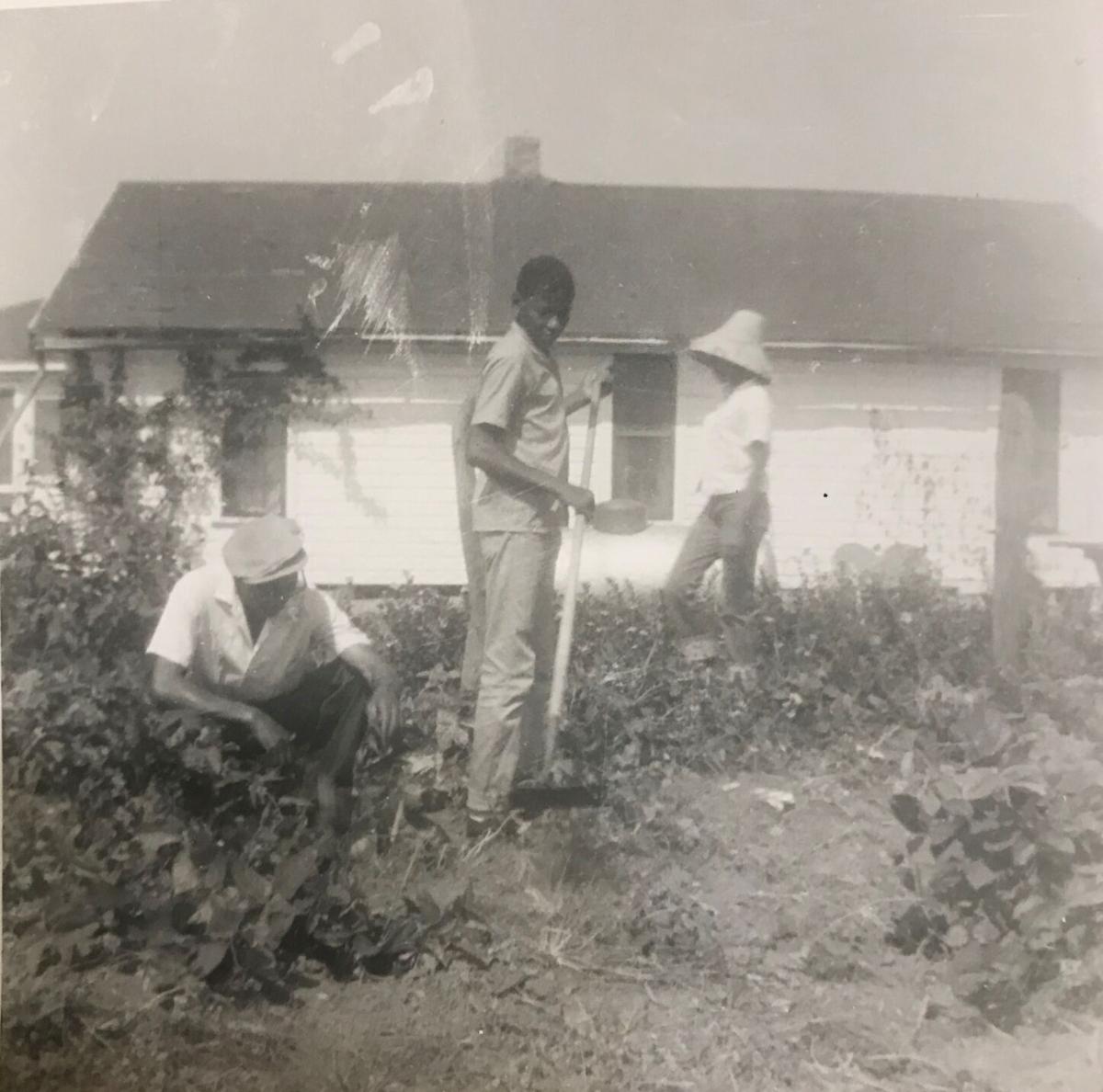 Carolyn Reese Brown, right, and two of her brothers, from left, Berlin Reese and Michael Reese, work in the garden of their home, east of Paris. 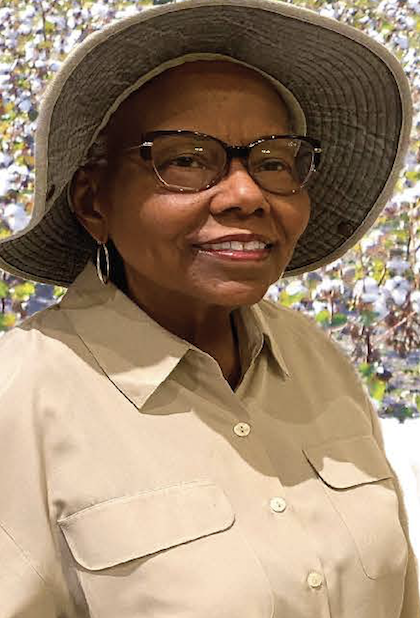 Carolyn Reese Brown, right, and two of her brothers, from left, Berlin Reese and Michael Reese, work in the garden of their home, east of Paris.

As the pandemic last year began to shut down everyone’s normal lives, Paris native Carolyn Reese Brown opened a new chapter in her life of accomplishments.

After a youth spent picking cotton on her family’s farm east of Paris, after achieving academic excellence at several major universities, after marrying and raising three children, and after 50 years as a social worker and educator, Brown fulfilled a long-held goal of writing her own book, “LIFE ON THE LAND: Memoir of a Farmer’s Daughter,” in March 2021.

The book, published by AuthorHouse, tells the tale of Brown’s journey from a young farm girl in Northeast Texas to an urban educator and the challenges of growing up in a family of black cotton farmers during the time when “cotton was king.” The book also details her life after the farm and the challenges she faced to become an honored educator and administrator and a business owner.

Carolyn’s parents, Berlin and Katherine Reese, owned about 300 acres of land east of Paris. They bought it in 1952 and paid off the mortgage in 1964. They and their five children, Joan, Billy Joe, Carolyn, Michael and Frederick, worked the land, picking and chopping cotton.

The elder Reeses also worked jobs away from the farm. Berlin worked at the nearby Paris Golf & Country Club on evenings and weekends, as well as driving a bus route for Powderly High School, a job he shared with Katherine. Eventually, Katherine was hired full time to drive the route and Berlin began work at Campbell Soup Co. He retired in 1976 and she retired in 1977, after Powderly High had become part of the North Lamar ISD.

For the Reese children, education was always important.

“A split year allowed for plenty field work,” Brown said. “Powderly High School arranged summer school for six to eight weeks so that cotton picking could occur during the fall season without missing school days. All of the schools in the rural areas of Lamar County had similar schedules for the black students in order to allow families to work in the cotton fields and attend a full school year.”

Because of her love of reading, Carolyn did well in high school, graduating as valedictorian of her class. She received a $400 scholarship as runner-up to the queen during the Les Belles Parisienne ball and attended Paris Junior College, where she received an associate degree. Before transferring to North Texas State University, Brown worked in a clerical position at the Social Security Administration on Clarksville Street. She received a bachelor’s degree in elementary education at NTSU and taught English and reading in Austin before teaching English and social studies for two years at Travis Junior High School in Paris.

At the University of Texas at Austin she gained her master’s degree in social work and worked in Austin in that field before teaching reading and English there and in Elgin. During that time, she was chosen as Teacher of the Year and was a member and president of the Austin chapter of The Delta Kappa Gamma educational sorority. She received administration certification from Southwest Texas State University (Texas State University), began working in educational administration as a migrant specialist, assistant principal, and later as principal in Cleveland, Ohio, Austin and Atlanta, Georgia. She worked as director of curriculum in Fairfield, Alabama, and retired after working 12 years as English language arts curriculum supervisor in Port Arthur. Her post-graduate work was done at Texas A&M University in Commerce.

Brown is a member of a number of state, national and international professional organizations and served as president of Lambda Iota Chapter of Delta Kappa Gamma Educators Society in 1993. She is also a member of Phi Delta Kappa, has been honored with several high profile awards in the field of education and has been on several national educational committees and conferences.

“I wanted to help effect high quality educational experiences for all children, including those who might ‘fall through the cracks’ because their backgrounds could keep them from some of the resources needed for success,” Brown said. “I was determined that the students I served would have high quality educational experiences regardless of their backgrounds. I firmly believe that every child has a right to a great education and that all students can be successful, given the appropriate support, guidance, and instruction.”

She was inducted into the Paris Junior College Hall of Honor in 2003.

Carolyn’s oldest sister, Joan Mathis of Paris, is also retired and is a well-known educator and community leader. Her older brother, Billy Joe, is deceased. He served as a Peace Corps volunteer in Guinea in West Africa, and worked for several years for Ciba-Giegy Chemical Corp. prior to establishing his own landscaping business in Paris. Both Michael Reese and Frederick Reese, the two youngest members of the family, still live on the land their parents owned in Lamar County. Michael is a U.S. Army veteran serving two years as a volunteer in 1969 and 1970, during the height of the Vietnam War. Frederick continues to work for the Workforce Solutions of Northeast Texas, in Paris. He is a lifetime member of the NAACP and coached softball and baseball at the Boys & Girls Club of the Red River Valley.

Both Carolyn and Johnny were teachers and administrators in urban school districts of four states: Texas, Ohio, Alabama and Georgia. Johnny was superintendent in all of those states except Ohio, where he was deputy superintendent in Cleveland. They have an educational consulting firm based in Port Arthur, Texas. They maintain membership in St. Peter’s United Methodist Church of Austin while attending Antioch Missionary Baptist Church of Beaumont, Texas. Since retiring, she continues to work with young people through community service organizations.

“The final part of [my book] completes the cycle, bringing us back to the farm where I grew up in Northeast Texas to take a last glimpse of the environment as it currently exists and what it means to our existing family and to the generations to come,” she said.

Since her book was published amid Covid-19 restriction, Brown said she has held no book signings, a situation she hopes to remedy in the next few months. She has been asked to be the speaker for the Paris chapter of the NAACP’s banquet to take place in February 2022.

Sgt. Tristan McGuire, a 2015 Chisum ISD graduate, now serves as a career planner aboard the U.S.S. Iwo Jima with the U.S. Marine Corps.