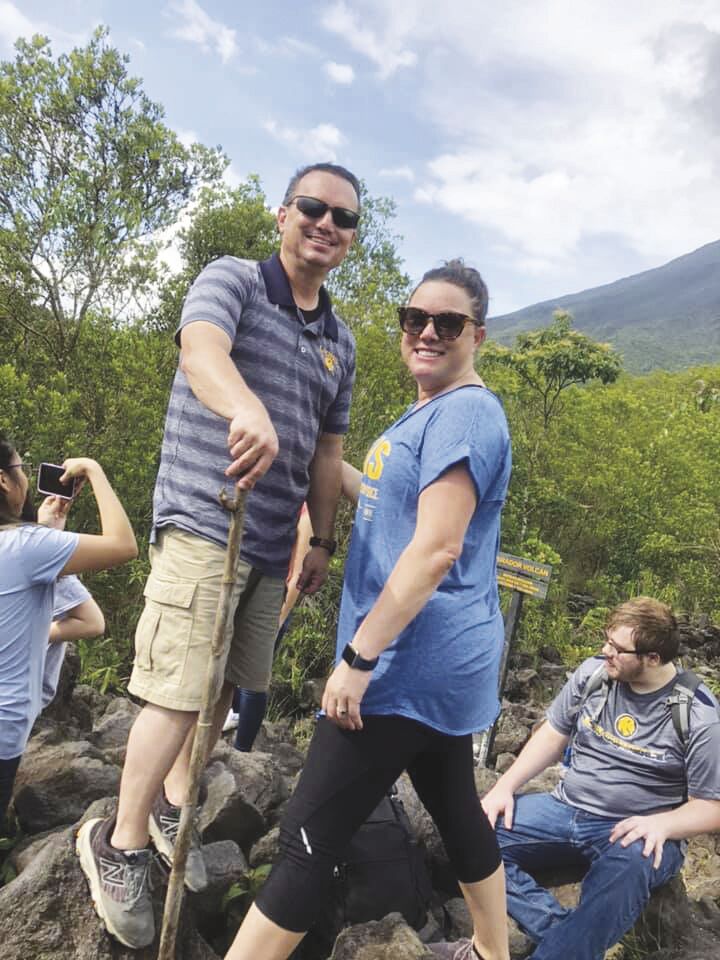 Brian Brumley and his wife, April, on a volcano in Costa Rica. 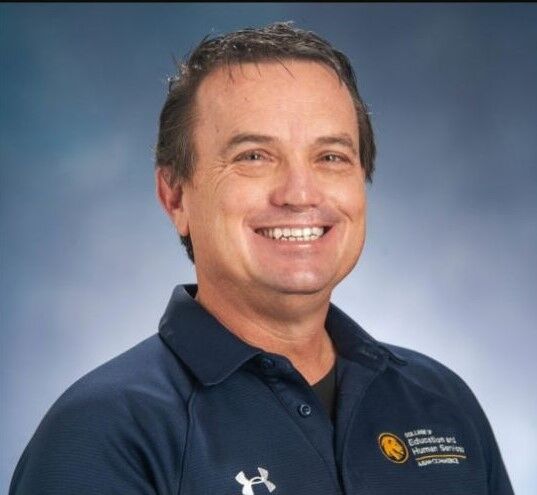 Lifelong Lamar County resident Brian Brumley was appointed chair of the Texas State Board of Social Work Examiners by Gov. Greg Abbott in December 2020, and despite wearing many hats as a father, educator, rancher, property owner and mentor, he’s taken the role head-on.

“It is a busy life, but I don’t like being still,” Brumley said.

Brumley currently works as the director of field education for the School of Social Work at Texas A&M University-Commerce, setting up internships and practicums for around 150 students each semester within a 500-mile radius. While he’s now integral in helping social work students start out their careers, he said he didn’t always know that was the field he wanted to pursue. The opportunity just presented itself when he was offered a job with Child Protective Services.

“The absolute honest answer in the very beginning is, when I got out of college, they offered me a job. So, that's the truth,” Brumley said with a chuckle.

But he found a career in social services suited him and decided to return to school at the University of Texas-Arlington to earn a degree in social work since he studied political science and economics as an undergraduate.

Now that Brumley has been an established social worker and member of the National Association of Social Workers for over 20 years, he has his plate full, but accepted the position as chair because of his dedication to the field and the opportunity to be a leader.

“It's not a paid position, it’s, I guess, a position of service more than anything else. So to me, it is an honor to be chosen, to be the person elected and appointed by the governor to do that job,” Brumley said.

The Board of Social Work Examiners regulates the practice of social work in Texas so, as an expert in the field, Brumley has to assess how other social workers are upholding the standards of the profession. It means sometimes he has to look out for those who may not be following the guidelines.

“We regulate the profession of social work in Texas, and our goal is for the protection of the public,” Brumley said. “So it sounds kind of awkward that social workers could harm the public. But, you know, just like in any other work, there are folks who don't always do the right thing. So there's those 25,000 social workers, we license them, we regulate them, tell them what they can and can’t do…”

His position on the board means he sometimes has to deal with difficult situations, but using his training as a social worker himself, he and the board can decide the best course of action.

“It's about dealing with humans. And sometimes people make mistakes — they make honest mistakes,” Brumley said. “And sometimes they're more egregious in what they choose to do.”

While his job has elevated his name to the statewide level, Brumley is a Lamar County man at heart. He grew up near Tigertown but his mother worked for Paris ISD so he graduated from Paris High School, building lifelong friendships he still enjoys today.

“I think one of the one of the neat things about growing up in this town and community is, even today, almost 40 years out of high school, I have still have a lot of the same friends and know the families that I grew up with from kindergarten on,” Brumley said. “That's something that a lot of folks don't get to experience.”

When he’s not busy with work or family, Brumley works as a member of the Red River Valley Fair Association and volunteers for the Tigertown Community Center, Community Helpers, the Dr. Joanne Olivard Foundation and the Lamar County Junior Livestock Show and said that his involvement in his community is an investment he feels like pays back in droves. Putting positive in means getting positive out.

“I really see the benefit of being part of a community. And if you're going to live here and be here, you might as well try to make it a place that other people would like to live and be from,” Brumley said.

For students who may want to follow in his footsteps, Brumley said for those who want to succeed and be fulfilled, it’s all about their outlook and having a growth mindset.

“I talk all the time to students at A&M Commerce about this, that whatever profession you choose, be it anything that's working with the public, you've got to be a person who views the world as a place that can change and be improved,” he said.