Starting at
$14.00 for 30 days
Get Started
View all rates
You have permission to edit this article.
Edit
Home
News
Opinion
Be Heard
Sports
Classifieds
Obituaries
Customer Service
e-Edition
Paris Life
Reader's Choice
1 of 3 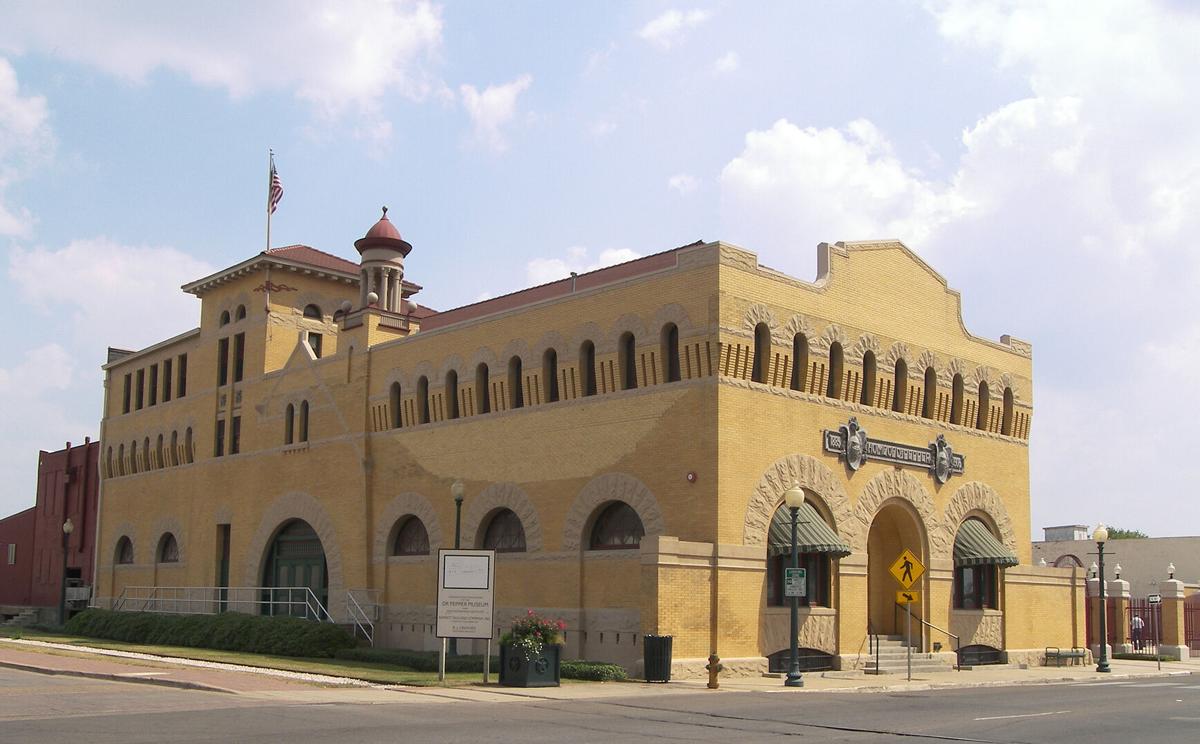 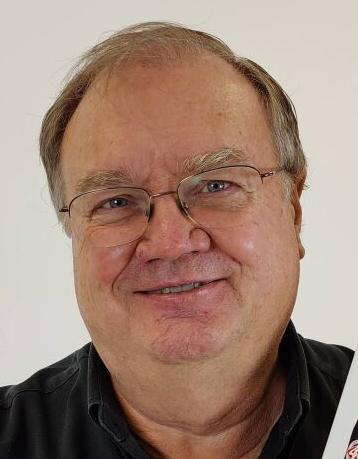 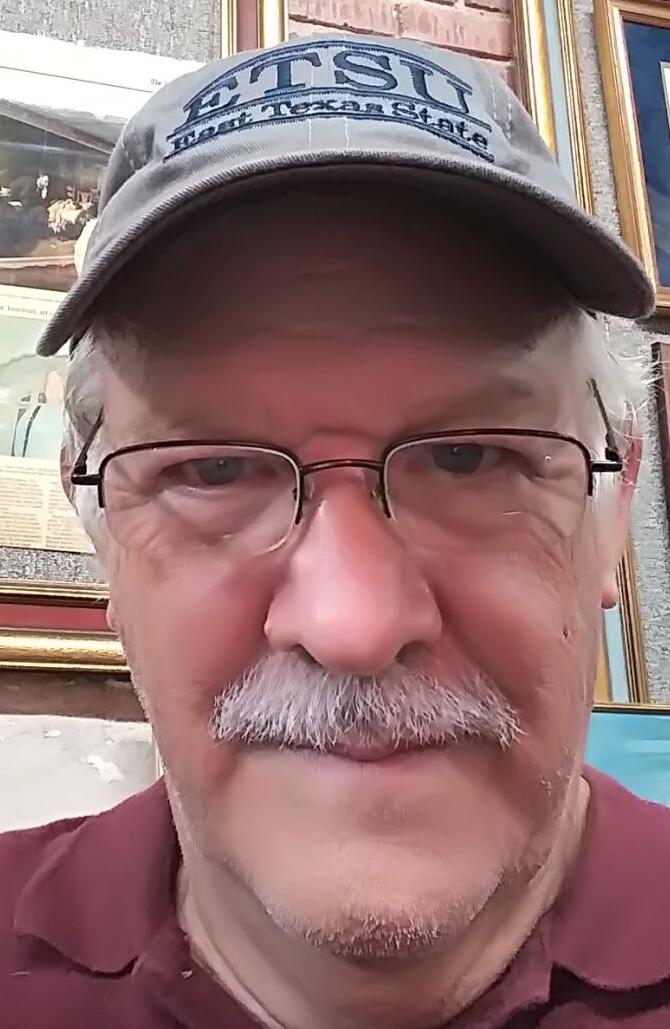 The Dr Pepper formula and name began in Paris, Texas. And, the first Coca-Cola sold in Texas was at B.F. Ledger’s cubby-hole confectionary on the south side of the town’s square. We are sticking to that story.

No doubt, as Mary Clark pointed out in her column May 16, a visit to the Dr Pepper Museum in Waco is a pleasure. It is a shame, however, that the docents there do not mention to visitors that four men from Paris did the primary work to invent at least part of the recipe and bottle the product.

We don’t know how this group got to Paris, but we suspect a link between one of the four and a local druggist, Dr. W.C. Elliott. We do know from our town’s most reliable writer, A.W. Neville, the locals tinkered with and sold a fountain drink at least at the Tennessee Drug Store, and learned the bottling profession where three also were employed at the Elliott Bottling Works.

From Germany came Herman Behrens. This apprentice druggist was here from 1874-1878 before moving to Waco. He probably learned from work at the Edward William Reuss Drug Store.

Thirteen year old Robert Sherman Lazenby was a bell boy at a hotel in Fort Worth in 1880, having left Waco three or four years earlier. He came to Paris about 1882. We know he was born in Cleburne; Dr. Elliott is buried in Cleburne.

David Owen was in the Paris 1885 city directory, and arriving also was Sidney H. Dabney, from Lewisberg, Tennessee, where the Elliotts originated. He married in Paris during 1886. That union made him a brother-in-law to Neville’s friend and sometime boss, Walter Ewing Boyd, who established The Dinner Horn in 1887. [The Dinner Horn merged with the Paris News in 1932]

Dr Pepper Museum claims that Lazenby, Dabney, and Owen, or at least one of them, settled in Waco by 1884, but no evidence yet found proves that. One of the most reliable form of footnotes is city directories. The Artesian Manufacturing and Bottling Company was listed in the 1891 Waco publication with druggist Wade B. Morrison president and Dr. Charles C. Alderton as superintendent. The company charter has Behrens as a director. This company was incorporated in 1891, probably a replacement for Lazenby’s previous concern called Circle A Soda Water. When the stockholders met April 14, 1891, Owen was appointed as secretary of Artisian. He owned eight shares worth $400 while Dabney had 11 worth $550. Morrison purchased 12, and Lazenby six. A total of 50 shares were offered.

Dabney and Lazenby are listed as officers / workers / managers at the Artesian Company in 1892. Morrison is president of the firm, Dabney secretary-treasurer, and Lazenby the superintendent. Owen is no longer around. Behrens is creating his own wholesale drug distribution empire.

Dr. [with period] Pepper Phos-Ferrates is first mentioned in 1893 as a product manufactured by Artesian. Most writings give credit to Dr. Alderton for dabbling with a formula for the Morrison’s Corner Drug Store customers. And, it is mentioned that Lazenby perfected the 23 fruit flavors used in the recipe. But, there are other Waco characters involved, including the Behrens Druggist F.W. Schumacher and Morrison’s original partner, John Wesley Castles. Participating also was Robert Henry Downman, who converted from druggist to the lumber business, and William Cameron, who may have provided some of the funding as well as participated in the perfection of the formula.

Myths say Morrison was a native of Wythe County, Virginia, and worked for a Dr. Charles Taylor Pepper at either Bristol, Tennessee, or Rural Retreat, Virginia. However, Morrison was born in 1852 some 150 miles north of the latter at Castle Craig in Montgomery County, where Pepper’s family lived in 1850. In Texas, Morrison told the tale that he and Dr. Pepper’s daughter fell in love and eloped to Texas. The first daughter Dr. Pepper had was born in 1865 and died in 1868 in Bristol. The second was born in 1874. Pepper’s son, Louis, perhaps also worked on the formula.

Morrison did move to Texas, and first lived in Bryan with his step-father, Judge John Newton Lyle. They are in Austin by 1872. In 1880 they lived in Williamson County where Morrison became a druggist at Round Rock. There Morrison did marry, on April 27, 1880, to Carrie B. Jefferies.

Another Virginia story is that a Dr. Walter H. Cobbs came back from China with a formula, and worked with Dr. Pepper on its concoction. There is also a story involving Morrison employee Norrell Porter and an Umberger girl. Because of parental objections to their marriage, they ran away to Texas. Umbergers had kinfolks in Paris.

To confuse matters more, in 2009 a ledger was found in a West Texas antique store. The pages had Castle’s name on them with formulas. Castle moved to New Orleans, then to New York in the banking business.

There also was Frederick W. Schumacher, vice president of Artesian in 1891-97. This Waco druggist received an order of alcohol-related Peruna medicine in 1893, personally delivered by that company’s owner, Dr. Samuel Brubaker Hartman, from Ohio. Accompanying him was his teenage daughter, Mirabel. Soon Schumacher was vice-president of Peruna Drug Manufacturing Company. In 1895 he married the 19-year-old Mirabel. Thus, these two characters exited the Dr Pepper story…we think.

Dr Pepper company owner in Paris, John Barnes, once told Neville that from personal conversations with Lazenby he was of the impression that a Dr. Pepper assisted the work in Paris. But, this was probably from long distance. However, we do know Dr. Pepper’s son, Charles R., lived and taught in Sherman.

Lazenby ran the company until 1933, then turned it over to his son-in-law for ten years. Morrison stayed with the venture when it expanded to the 1904 Louisiana Purchase Exposition in St. Louis, and probably up until Lazenby moved the struggling enterprise to Dallas about 1920.

More than likely there is no original formula. Heck, since the first Coca-Cola to be sent to Texas was sold in Paris, it does not stretch the imagination far to believe the last three who went to Waco experimented with that Atlanta taste or incorporated it into the Dr Pepper formula they found at Morrison’s!

In 1908 Dr. Pepper came back to Paris, exclusively distributed by the Crystal Bottling Works. A Dr Pepper Company finally began in Paris in 1931 as the Logsdon Manufacturing and Bottling Company, later called the Lime-Cola Bottling Company. Elliott was now operated as the Paris Candy Manufacturing Company on West Austin. By 1932 the Dr Pepper franchise belonged to Barnes.

Lazenby is listed among those who founded Southern Methodist University. His daughter lost her only son in World War II, and having no heirs thus donated $1.9 million to SMU in the Lazenby name.

Until he died in 1943, what Lazenby learned from tinkering with chemicals in the Tennessee Drug Store and by washing bottles at the factory never waned his curiosity. He never let a lifelong vision problem narrow his accomplishments.

Paris deserves to be mentioned at the museum, don’t you think? More on the Coca-Cola story next time.

GUEST COMMENTARY: A bit more on the naming of Lamar, neighboring counties

My history writing buddy, Marvin Gorley, has never understood my dislike of this county being named for Mirabeau Buonaparte Lamar.