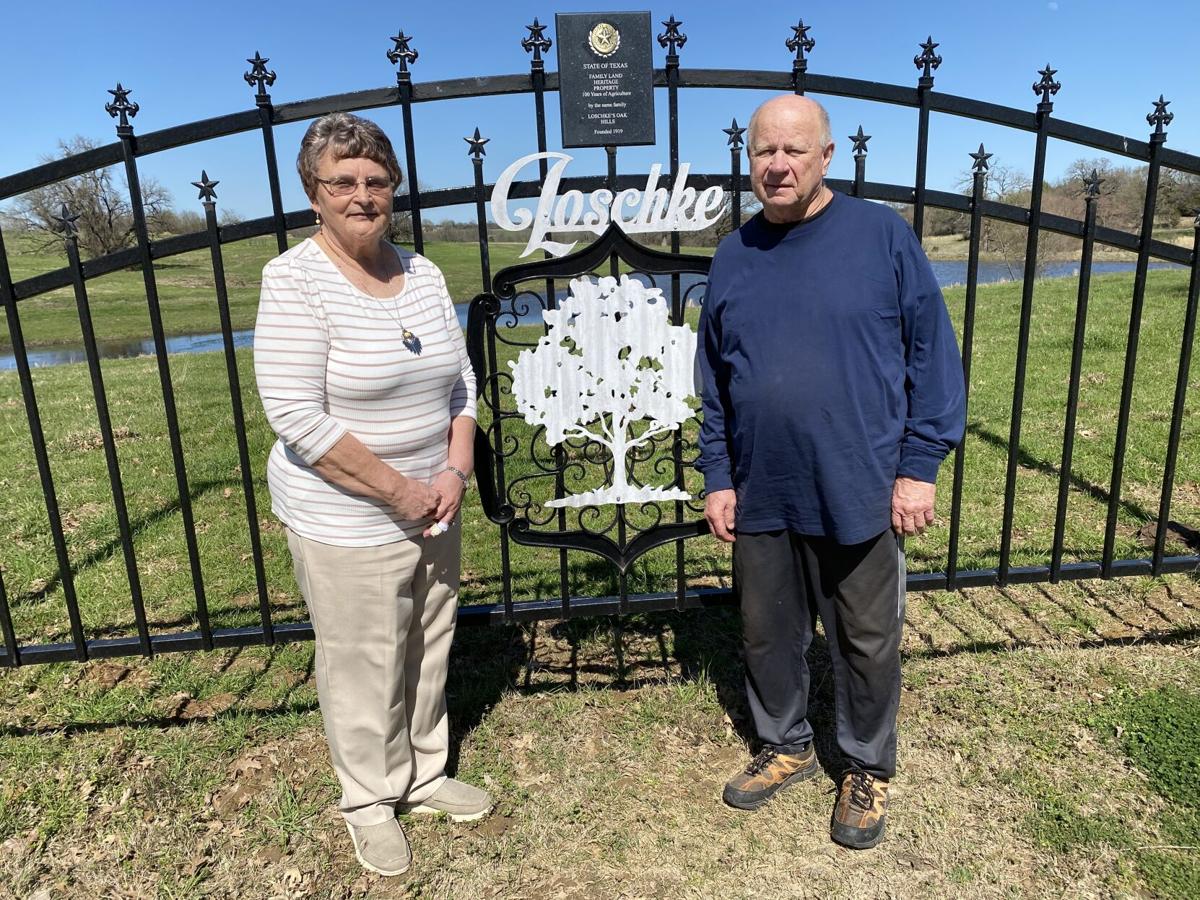 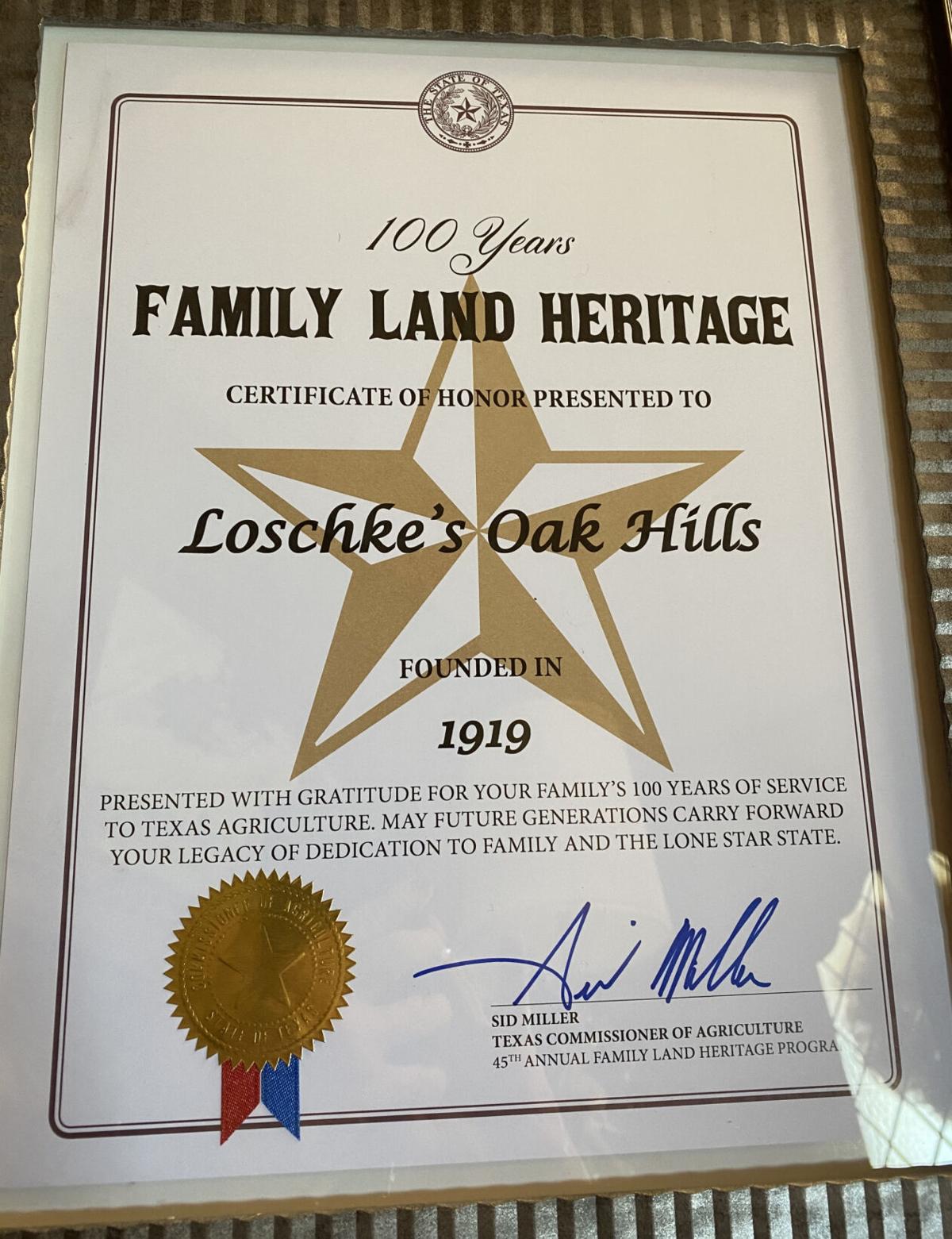 The award received by John and Sandra Loschke recognizing that their land has been in the Loschke family for 100 years.

The award received by John and Sandra Loschke recognizing that their land has been in the Loschke family for 100 years.

HONEY GROVE — From a hilltop above the Bois d’Arc bottoms north of Honey Grove, Sandra and John Loschke gaze at land that has been in the family for more than 100 years. The couple can see for miles from their home just east of Allen’s Chapel, where the two were born and raised and married almost 53 years ago.

Just recently, John Loschke finished an ornate gate across the road to accompany a plaque that designates Loschke’s Oak Hills as Family Land Heritage property, representing 100 years of land actively farmed by the same family since 1919.

Founded by the late Frank Loschke, the property passed to his son, the late Marvin Loschke and then the grandson, who began work on the farm when he was a young boy. By the time John Loschke turned 16, his father gave him 11 acres in the Bois d’Arc bottom where he raised $2,400 worth of cotton that year, enough to buy himself a new car.

At one time, the Loschke farm included more than 100 acres in the Bois d’ Arc bottoms where the rich land produced bumper cotton crops. The construction of Bois d’ Arc Lake forced landowners to sell their prime farmland. The Loschke’s retained the homeplace, located uphill and several miles from the river bottom, where they now run a cattle/calf operation.

“That car is the reason I liked him,” Sandra Loschke quipped. “Actually, we grew up together because my family lived just up the road, and I would pull my little wagon to his house to play. I never dated anybody but him, and we married when I was right out of high school.”

A couple years older than his wife, Frank Loschke said Sandra Loschke grew up to be the prettiest girl in Allen’s Chapel, a neighborhood of about 20 youth who attended Honey Grove schools after the community school consolidated with the larger district in the 1950s.

There were times the two didn’t get along, however, like her fifth birthday party, Sandra Loschke said.

“My mom invited the girls that lived around us along with John, who was the only boy,” she recalled. “We were playing ‘Ring Around the Roses’ and the girls made me hold John’s hand. I ran to my mother crying, but I still had to hold his hand.”

Like his father before him, John Loschke is gradually turning the cattle operation over to his son, Kevin Loschke, who lives close by. The couple plans to pass on the homeplace to both the son and a daughter, Jennifer Huffer, who lives in McKinney.

An issue with an October motion to increase employee pay appeared to have left Fannin County’s starting wage behind, but commissioners took action to bring that pay up to date Tuesday.