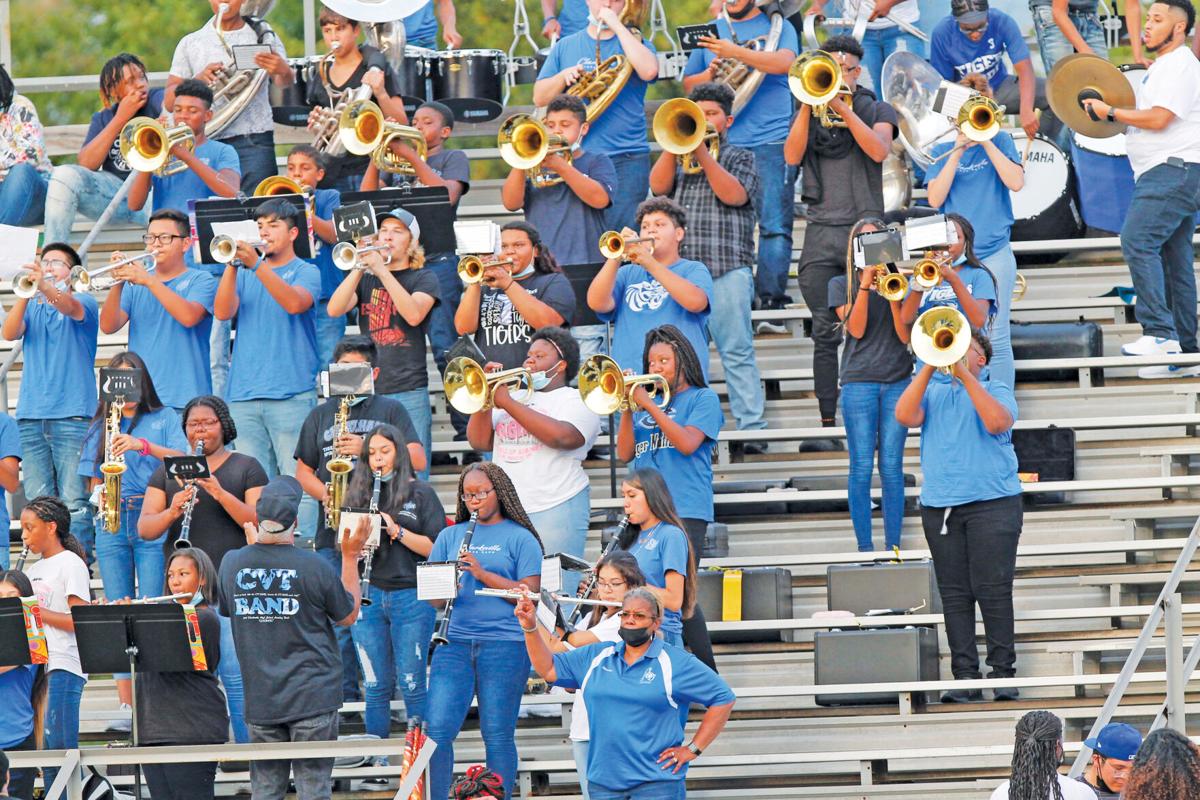 Roderick Boyce, with back turned to the camera, directs the Clarksville High School band during a Sept. 3 football game. Boyce returned from retirement to lead the band this year. 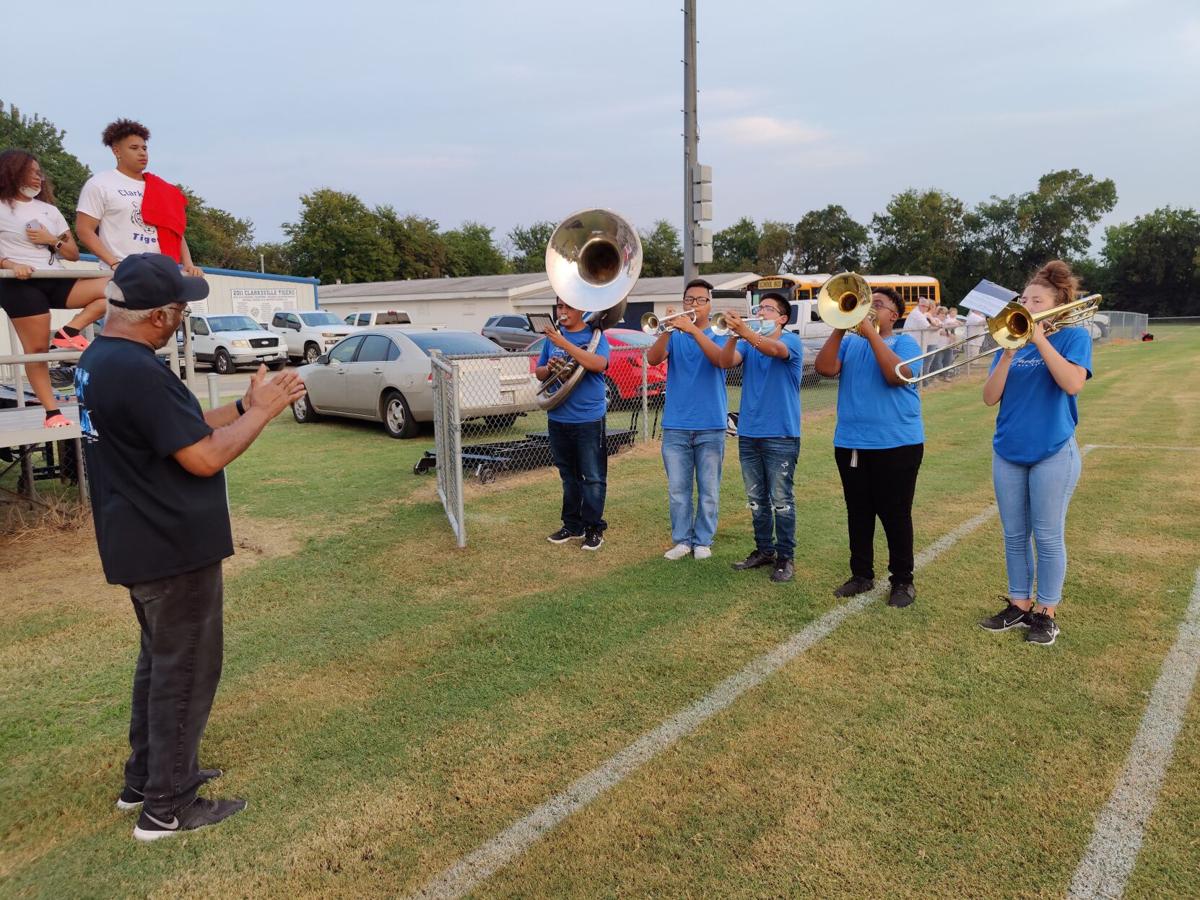 Clarksville High School band director Roderick Boyce leads a select group of band members in the playing of the National Anthem on Sept. 3.

Roderick Boyce, with back turned to the camera, directs the Clarksville High School band during a Sept. 3 football game. Boyce returned from retirement to lead the band this year.

Clarksville High School band director Roderick Boyce leads a select group of band members in the playing of the National Anthem on Sept. 3.

CLARKSVILLE — When the Clarksville High School band captured the UIL Class 2-A State Championship in 2017, band director Roderick Boyce later decided to leave the profession on an all-time high with what was his first state title. But Boyce just could not rest comfortably after he left as he felt there was still more work to do.

“I will be honest, I was through when I retired, but some board members contacted me and because of the students, I couldn’t say no because the students are mine,” Boyce said. “So I knew what they were and I knew what they had done, and I felt that the best thing for me to do was to come back and try to rebuild this, so that someone else can take it over and continue the legacy.”

Now, after exiting retirement to return to the Red River County school, Boyce has his marching band on the brink of returning to state.

It is a band that has progressed quite well this fall, even though the 55-member band houses a total of 25 freshman performers.

Earlier this month, the Tiger marching band traveled to Pine Tree High School in Longview where it earned a No. 1 rating in the UIL marching contest. One year ago, the band had just 37 members.

“We received a first division at Pine Tree, but I was concerned because 34 of my students had never marched before, and so we are a very young group. Twenty-five of those students are eighth graders,” Boyce said. “In the past years, I had never had that amount of students in band before, but this year my hands were kind of tied, to get numbers. They have come a long way from where they started. We still have a long way to go, but we have the opportunity to move forward.”

The young group has certainly come a long way, and with entertainment at halftime of the Clarksville Blue Tigers football games, Boyce’s group has displayed impressive performances that have consistently kept the crowds engaged and amazed during the performances.

The theme for the show this year is “Beauty Is In The Eye Of The Beholder.” Ironically, the music for the show was originally written by Boyce’s son Rod for a school of a higher classification. The younger Boyce is on the rise and is making his mark in the band profession. Rod is a Clarksville High School graduate.

“When we go to the area marching contest on Oct. 30, if we finish in the top three, then we go to state. And we have a heck of an opportunity to do that,” Boyce said. “But even though we’re young, I’m not going to say that we won’t, because I’m that kind of person — we can and we will.”

Boyce said when his band started earlier this year, it was immature, and the students just didn’t know what to expect. So, he said, he was faced with the issue of whether the group would be able to handle the pressure associated with being in a marching contest.

“As of right now, they have come across very well. They’ve worked very hard,” Boyce said. “Are they prepared? They’re not as prepared as I want them to be, but they will be.”

Boyce knows what the journey to state is all about. Prior to walking away with gold medal honors and the state championship trophy four years ago, Clarksville had previously made the trip to state in 2015 when expectations loomed high for the band, and despite rendering the best performance of the year, the Clarksville group left the event with a fifth place finish. And during the 2011-12 school year, the Tiger band placed fourth in the state competition.

And so, once again the march will be underway this weekend, and the Clarksville band does not expect the competition to end their year.

Results of the competition were not available by press time.

I can assure you the healthiest school districts are well-funded and composed of parents and students who are consistently involved in the school system, challenging the entire school system to continuously improve.