Starting at
$14.00 for 30 days
Get Started
View all rates
You have permission to edit this article.
Edit
Home
News
Opinion
Be Heard
Sports
Classifieds
Obituaries
Customer Service
e-Edition
Paris Life
Reader's Choice
1 of 4 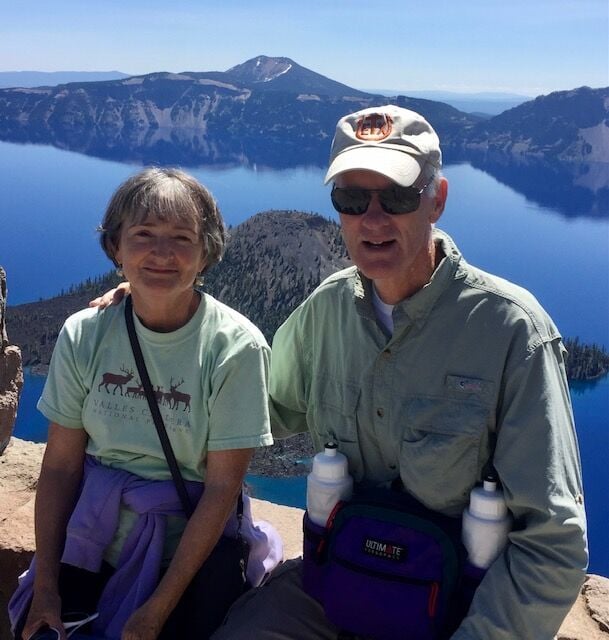 Mary Clark and her husband, Ed, at Crater Lake in Oregon. 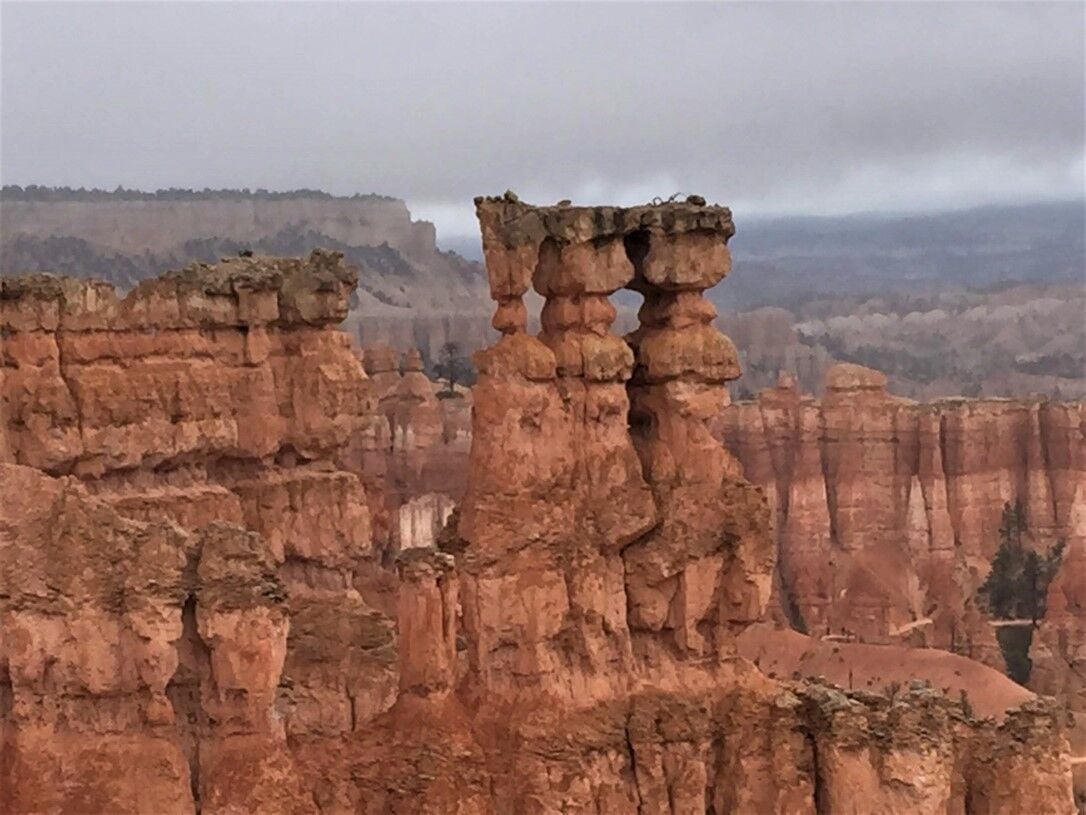 Bryce Canyon with hoodoos in the foreground. 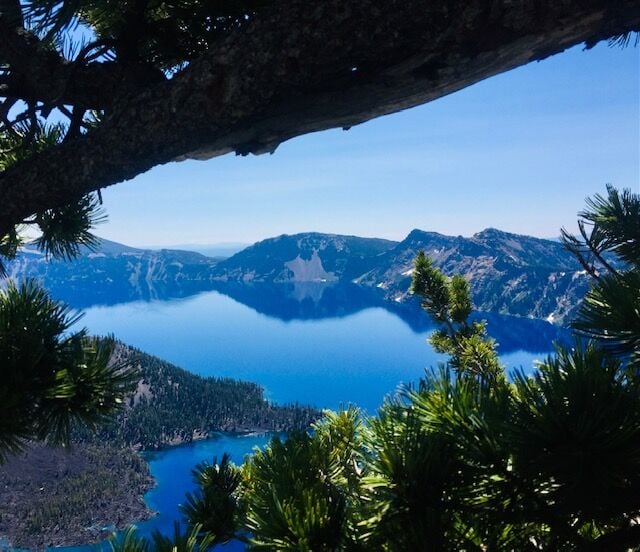 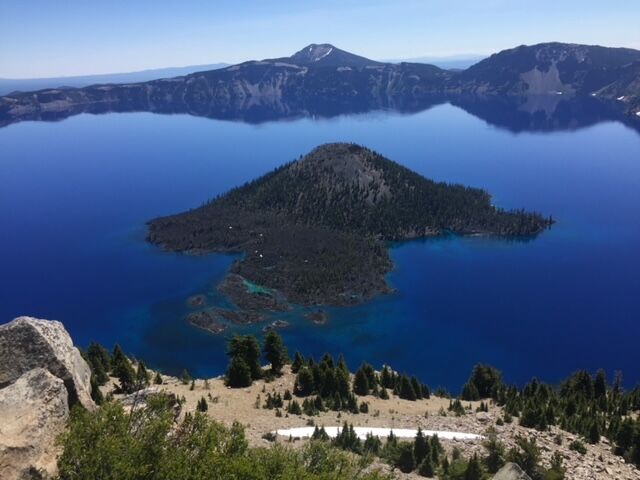 Mary Clark and her husband, Ed, at Crater Lake in Oregon.

With photos available on the internet and travel sites galore, it is difficult to be surprised in traveling today. Professional photos online with their perfect lighting beautifully reflect a location at its best. An in-person visit can sometimes be disappointing.

I do believe in being prepared for a voyage. If I know the history of a city or country, I’ll “see” political posters and understand the importance of a candidate. I’ll note the ethnic variety of a community or the foreign crowds at our national parks. Local guides add even more depth to a visit. But it is the view that I often feel overprepared for. That is why I can distinctly remember some recent experiences where the first view took my breath away. They all have one feature in common — I could not see them coming.

Crater Lake in Oregon had been on my bucket list for years. It is just enough off the main interstate and urban areas for the numbers of visitors to be moderated, even in the summer. As with all volcanic lakes, it was formed by the collapse of a volcano, the 12,000-foot Mount Malzana 7,700 years ago. Snow is the water source for the 2,000-foot-deep lake, the deepest in the United States, and its 43 feet annual snow fall one of the highest in the country.

The drive circles up to the crater’s rim, masking the lake below. We chose one of many turn outs and pulled into a parking place, grabbing a jacket to walk to the precipice. And, suddenly, the lake was below us, stunningly beautiful with the dark blue clear waters, green pine trees clinging to the steep sides, and the quiet undisturbed by boats or visitors on the shores below. We couldn’t get enough of the view, pulled towards it at every turn-out opportunity as we continued to drive around the lake. We climbed to the Watchman Overlook for an even more spectacular vista, taking in the surrounding snow-covered volcanoes in the distance. It is a view that cannot be overhyped.

On a trip through Utah to see its national parks, we checked off three parks, all of which were impressive in their own way, but we could see them for miles as we approached. Bryce Canyon was different. To get there required driving on a flat plateau, passing through a recently developed business intersection and entering the national park with nary a canyon in sight. For several miles, woods obstructed our sight, but we finally pulled into a parking space with an arrow pointing to the canyon edge. A quick walk brought us to the brink with rows and rows of the famous hoodoo columns below, carved by wind and erosion and standing at attention for miles, it seemed. The canyon spread out until touching distant mountains. We stared without talking, soaking up the geological wonder.

You would think it hard to “lose” a view in the Himalayan Mountains. Waves of mountain tops are easy to admire from the airplane circling the Thimpu, Bhutan airport. But once on the ground, the road follows the river valley and forest obscures the view. My husband, brother and his wife, and I were observing and commenting on the many roadside temples and prayer wheels. The van began to climb and weave up a mountain as we chatted. On a final curve, directly in front of us was a panorama of snow-covered peaks against a deep blue sky. A collective “ohhhhhh” spontaneously erupted from the four of us, the view sudden and majestic. The van pulled into a parking area and we scrambled out to try to photograph the circular scene around us. On our return drive to the capital, we came upon this same beautiful vista, but it wasn’t the same. The unexpectedness from our first encounter gave it the excitement of a discovery, a treasure found.

There have been many other spectacular views in my travels — first sight of the Grand Canyon, walking through fog to encounter a mountainside Buddha in Hong Kong, waking up to a snow-covered mountain in Morocco, or finishing a trek in Turkey at the edge of a cliff overlooking the Mediterranean Sea. No camera can capture the unanticipated, the abruptness of a discovery. It is a reason to “go there” despite thinking you’ve seen pictures of it. The real view is so much more.

Mary Walker Clark is an award-winning travel writer. Her book, “Landing in My Present,” about the premature loss of her flying father, details her trip to follow his WWII footsteps in India and China. Her stories are featured in the Paris News and may be found at her blog, Mary Clark, Traveler and their podcasts at the NPR station, KETR, 88.9. She is a member of the North American Travel Journalist Association. Clark lives in Paris, Texas and may be contacted at maryclarktraveler@gmail.com.

When I first began traveling internationally to Europe in 1969, no warning system by the U.S. Department of State was readily available for citizens abroad. That's changed.