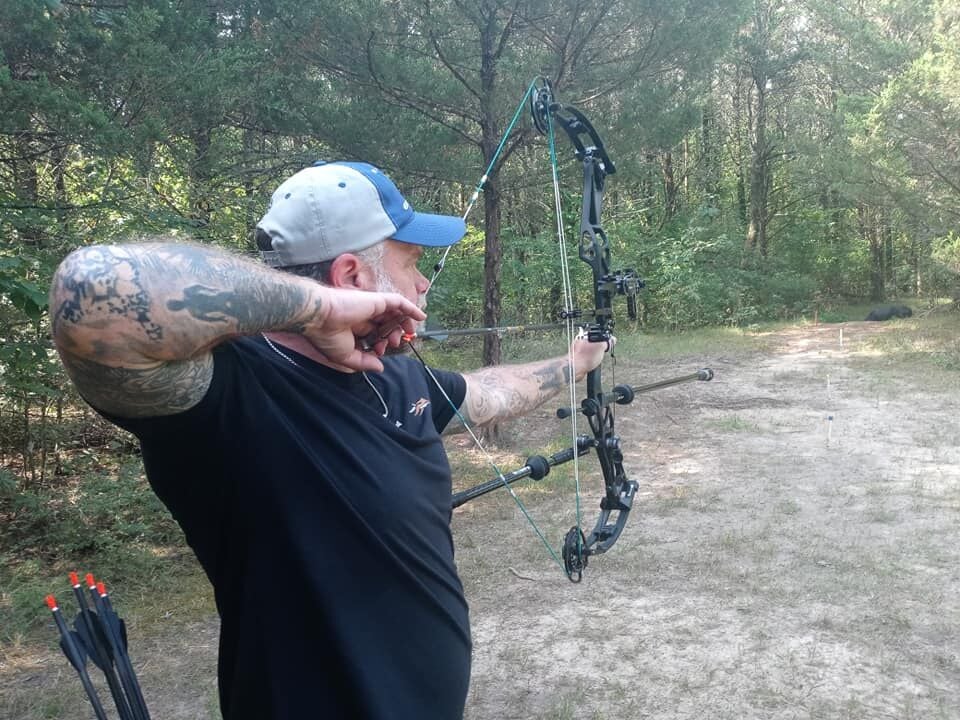 An archer steadies his arrow Saturday at the Texas ASA state tournament. The archers had to shoot 30 3D targets. 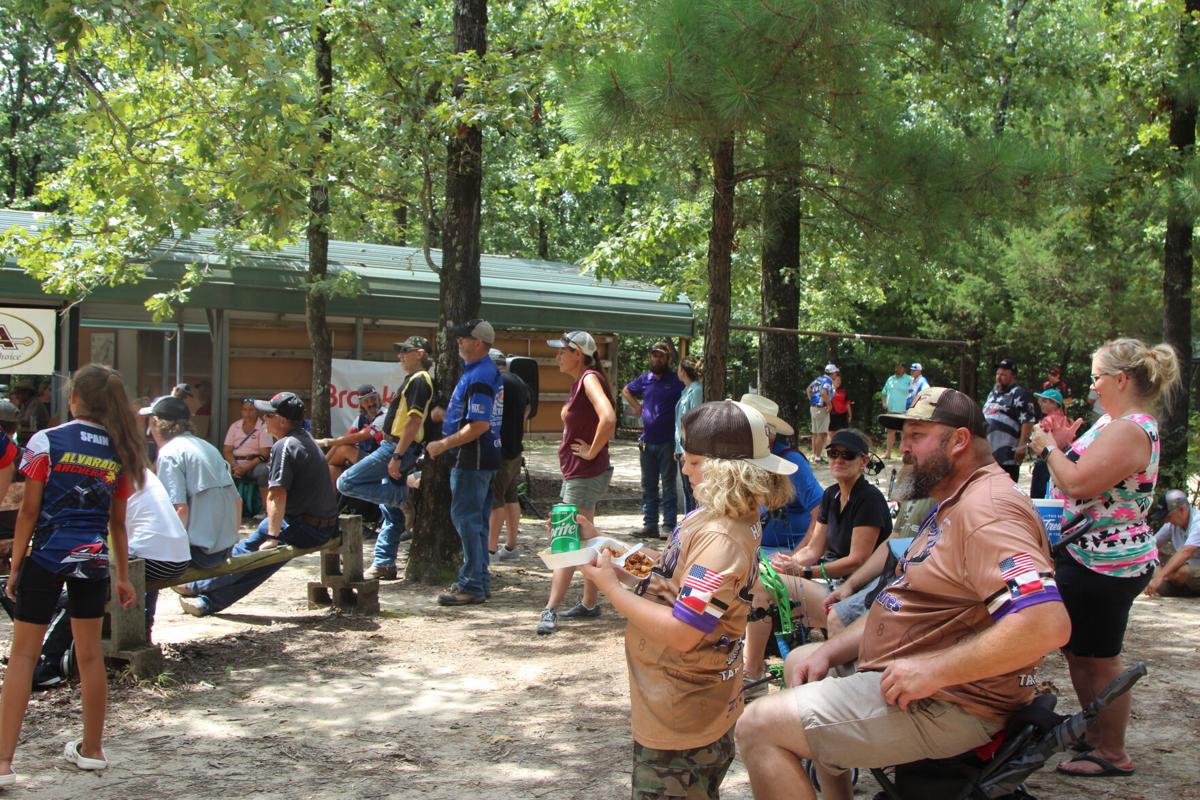 Archers take a rest at the end of the day Saturday from the Texas ASA state tournament at Archers for Christ shooting range. 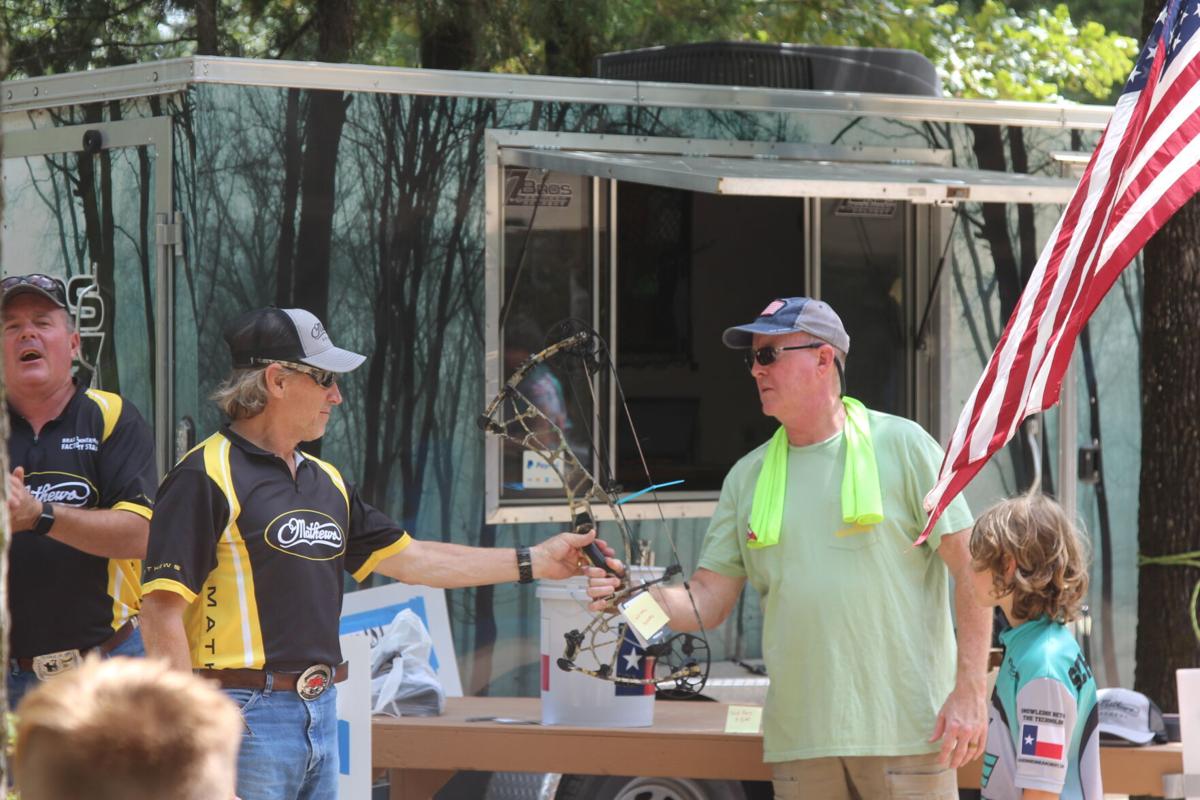 Bill Mitchell won a free bow from the giveaways at the end of the tournament.

An archer steadies his arrow Saturday at the Texas ASA state tournament. The archers had to shoot 30 3D targets.

Archers take a rest at the end of the day Saturday from the Texas ASA state tournament at Archers for Christ shooting range.

Bill Mitchell won a free bow from the giveaways at the end of the tournament.

In a weekend stuffed with activities and visitors from out of town, the Archers For Christ group brought in 317 shooters for the Texas Archery Shooters Association competition.

“It went extremely well,” said David Tyler, an organizer of the event. “Everyone here was bragging about our courses, setup and everything about this area.”

The state competition ran Saturday and Sunday at the range, located northwest of Paris. There were 42 categories, ranging from seniors to youth to shoot the ASA targets, which rely on 3D targets. Local Boy Scouts guided parking during the competition, Tyler added, and he thanked them.

“They were a tremendous help,” he said.

And talking with the competitors on Saturday showed how much the archers appreciated the effort to put on the state tourney.

“It’s nice. It’s a really nice range,” Rebecca Bellemin said. “It was a 30-target range, and we had to shoot all 30, going in groups of three, four or five.”

Keith Standefer, of Mount Pleasant, said he lagged as the competition went up, but he had fun, and he always enjoys shooting on the AFC range.

“I was starting out pretty strong and slowly got more tired,” he said. “My last three shots didn’t feel as solid. I like shooting at Archers for Christ. Their course is really fun.”

Standifer added he got to spend a lot of time with his friend, who did better at the competition than he did.

After the first day’s shooting, three friends got together and said it was good to see some people after a low competition year.

“It was a challenging course and nice to see some friendly faces,” said Travis Schmidt, who drove with his friend, Hunter Leverett, from the Victoria area for the competition.

ASA Archery has notified the Visitors and Convention Council that it will be moving the ASA Pro/AM to a new site in 2022, Lamar County Chamber…