Starting at
$16.50 for 30 days
Get Started
View all rates
You are the owner of this article.
Edit Article Add New Article
You have permission to edit this article.
Edit
Home
News
Opinion
Be Heard
Sports
Classifieds
Obituaries
Customer Service
e-Edition
Paris Life
Readers' Choice
1 of 4 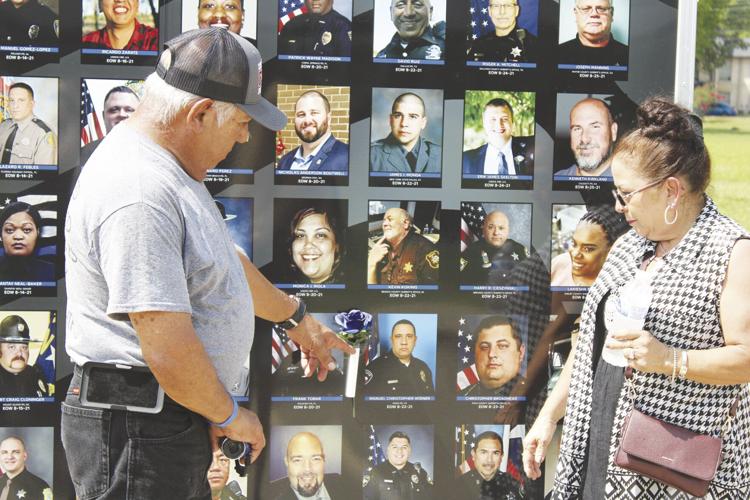 Parents Manny and Laura Widner of Officer Manuel Christopher Widner posed next to his picture, located on the Beyond the Call of Duty recreational vehcile. 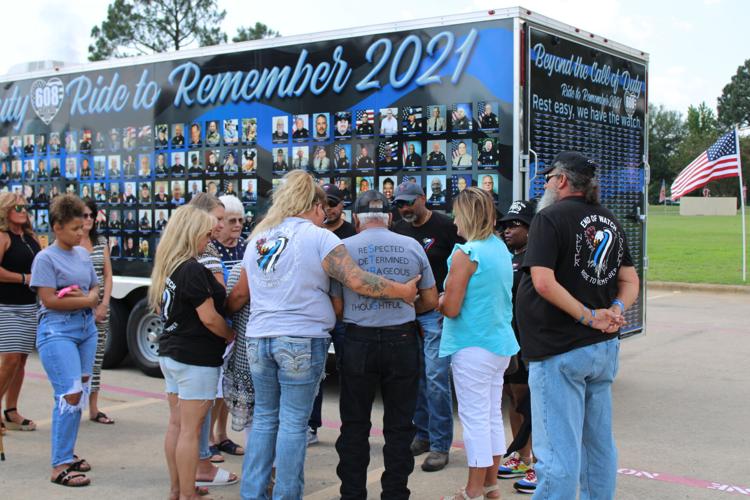 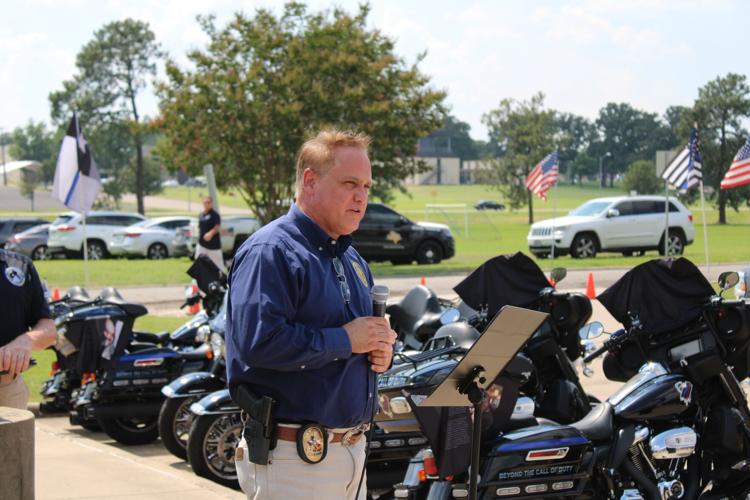 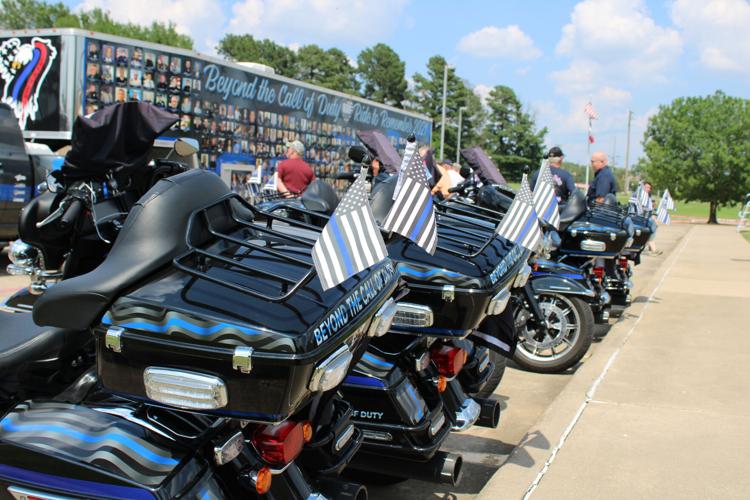 Parents Manny and Laura Widner of Officer Manuel Christopher Widner posed next to his picture, located on the Beyond the Call of Duty recreational vehcile.

Locals gathered at the Paris Police Department Tuesday afternoon to honor and memorialize Officer Manuel Christopher Widner, who died of complications with Covid-19 in late August last year. He contracted the virus while on duty and died shortly afterwards, Chief of Police Richard Salter said.

The memorial gave Widner’s parents and wife, as well as other officers and community members who had worked with him, an opportunity to share stories and memories they had with Widner. Following an opening prayer, Salter gave a speech honoring the time he spent with the officer.

“We gather here today to honor and remember 608 first responders who lost their lives in the line of duty last year. We also honor their families by showing them that their loved ones will never be forgotten. We all experience loss in our lives, but we don’t truly understand it until we lose someone so dear – that they are a part of us: The devastation of that level of loss is much worse when the life is taken from us in a way we can’t understand,” Salter said.

Widner had served on the Paris Police force for 11 years and four months before his death. Salter recalled a fond memory with the officer, who had put together a Fourth of July cookout for everyone at the department to decompress and enjoy the holiday.

“He didn’t want any donations. He just wanted to make it happen — and he did just that. My last memory of Chris is standing beside Doug Thompson and Danny Huff by the old grill over there cooking burgers. He was in his zone and he was smiling. Earlier today, in Chris’ memory, we held the first annual Chris Widner Office Cookout, and I want to believe that Chris was right there beside Doug and Danny at their grills,” Salter said.

The day after the cookout, Widner tested positive for the Covid-19 case that ultimately led to his death.

Following Salter’s speech, family, friends and officers gathered in a nearby air-conditioned tent to cool off and share fond memories with each other.

The memorial is part of a nation-wide ride hosted by Beyond the Call of Duty, an organization chaired by founder Jagrut Shah. It started in 2019 to honor the sacrifice of officers killed in the line of duty with a nationwide tour stopping at every department that request its presence. The ride, accompanied by motorcyclists and a massive RV covered in the names and photos of the fallen officers, travels 23,000 miles over 80 days.

The mobile memorial runs entirely on sponsorships and donations. Though it sells merchandise at the memorial sites, all profits go directly to the surviving families of the officers.

Several volunteers came to help with the ride, many of whom had also lost loved ones in the line of duty. Some participated the entire time, others for only parts of the journey. Kimberly Taylor, for instance, travels with the memorial in honor of her son Deputy Kenterrous Taylor, who died in March 2020. Her goal is to provide emotional support and encouragement to the families of the fallen officers.

“I want to be there to hug on and love on these people,” Taylor said.

Despite rain and wind, heads were bowed, prayers were said, names were read and rifles were fired in honor of all law enforcement officers who have fallen in the line of duty.

Should the US ban Russian oil imports over Ukraine war?

President Joe Biden has decided to ban Russian oil imports, toughening the toll on Russia's economy in retaliation for its invasion of Ukraine. The United States generally imports about 100,000 barrels a day from Russia, only about 5% of Russia's crude oil exports, according to Rystad Energy. Last year, roughly 8% of U.S. imports of oil and petroleum products came from Russia. Gas prices have been rising for weeks due to the conflict and in anticipation of potential sanctions on the Russian energy sector. The U.S. national average for a gallon of gasoline soared 45 cents a gallon in the past week and topped $4.06 on Monday, according to auto club AAA. Should the US ban Russian oil imports over Ukraine war?