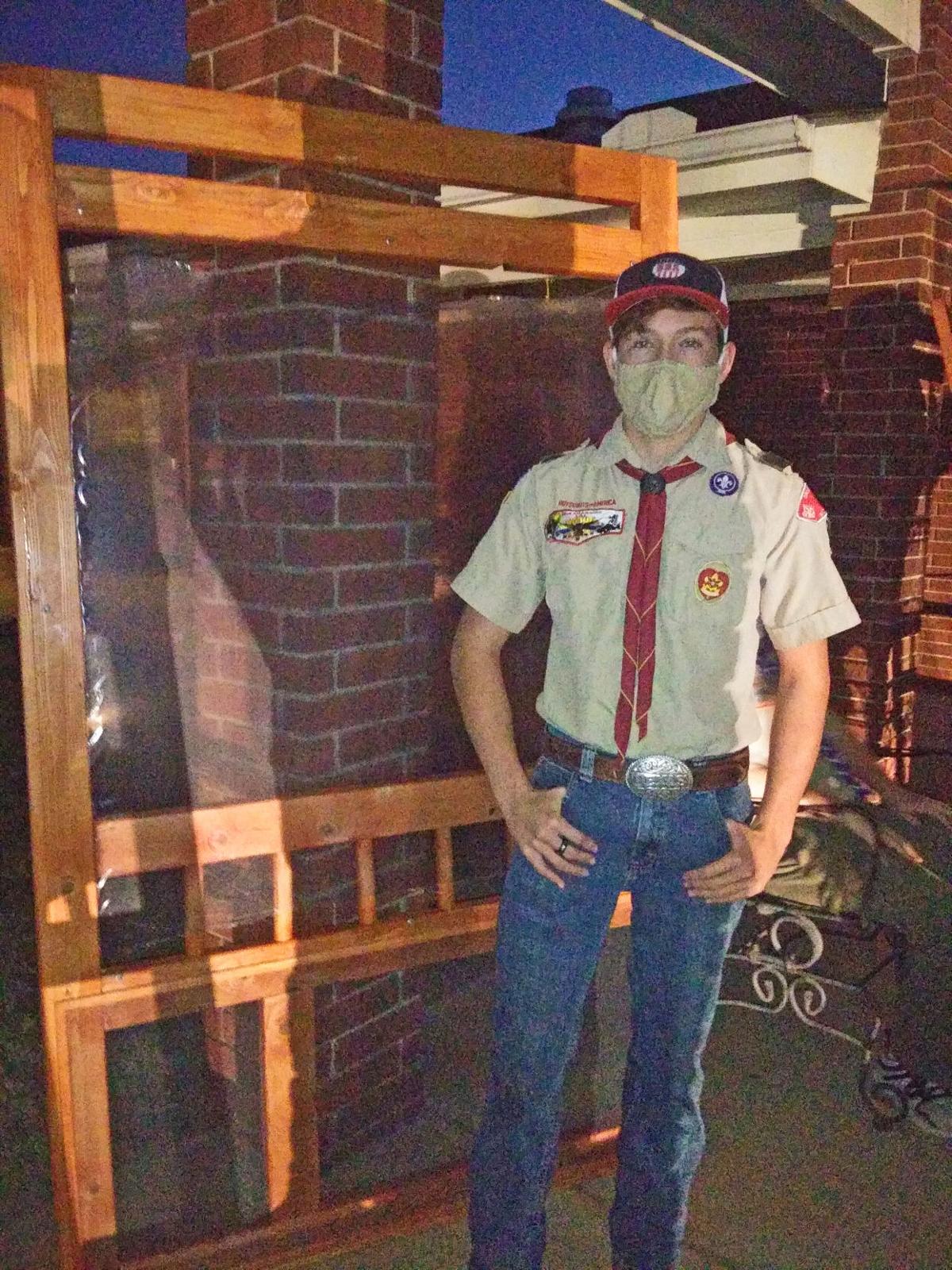 Pack 2 Boy Scout Clay Weems poses with pieces of what will be a visitation booth Monday evening at Brentwood Terrace Healthcare and Rehabilitation Center. The booths will allow for residents and their families to see each other while protecting the residents from Covid-19.

Pack 2 Boy Scout Clay Weems poses with pieces of what will be a visitation booth Monday evening at Brentwood Terrace Healthcare and Rehabilitation Center. The booths will allow for residents and their families to see each other while protecting the residents from Covid-19.

With the pandemic restrictions, many are frustrated with not being able to talk to their relatives or friends in nursing homes.

The rules have eased a little, but now often require an expensive test just to get a foot in the door. Thanks to the generosity and determination of an area Eagle Scout candidate, residents at Brentwood Terrace will have now an easier time with visitation.

Cody Weems, of Avery, has built booths that keep residents safer, but still be able to visit with friends and family.

“These are called visitation booths,” he said. “And it is important to me because helping the residents is what I care about. I think it’s very nice because they haven’t seen their family in a while.”

The requirement for visiting nursing homes is either a $175 test or to have barriers set up to prevent direct contact.

“That’s just a lot of money,” Weems said, “and sometimes they can’t really pay for that. So these will let them see their family and talk to them.”

The booths are wooden frames with clear dividers, stained and pieced together. The Scouts put the booths up at Brentwood on Monday night so the facility could use them as soon as possible.

Weems said he loves being a Scout.

“Scouting is important to me and not just to me, but everybody,” he said. “It sets you on the right path, and just to be trustworthy, loyal and just makes a good man.”

Boy Scouts Leader Mike Taylor said he was so proud of Weems for his project. To get a project approved, Scouts have to go through a few leadership hoops presenting their idea, including materials, costs, donations to the project, timeline and other things.

“The Eagle Scout Board Leader called and it was the first time in 32 years he said, ‘Can I have a copy of your project?’” Taylor said.

He said he hoped the project would inspire others to do the same for other area nursing homes, to help senior citizens who have been cut off from their families.

Lifting light and song and hoping to ease what has become a depressing time for many who work or live in nursing homes, Candlelight of Hope will happen Tuesday night.