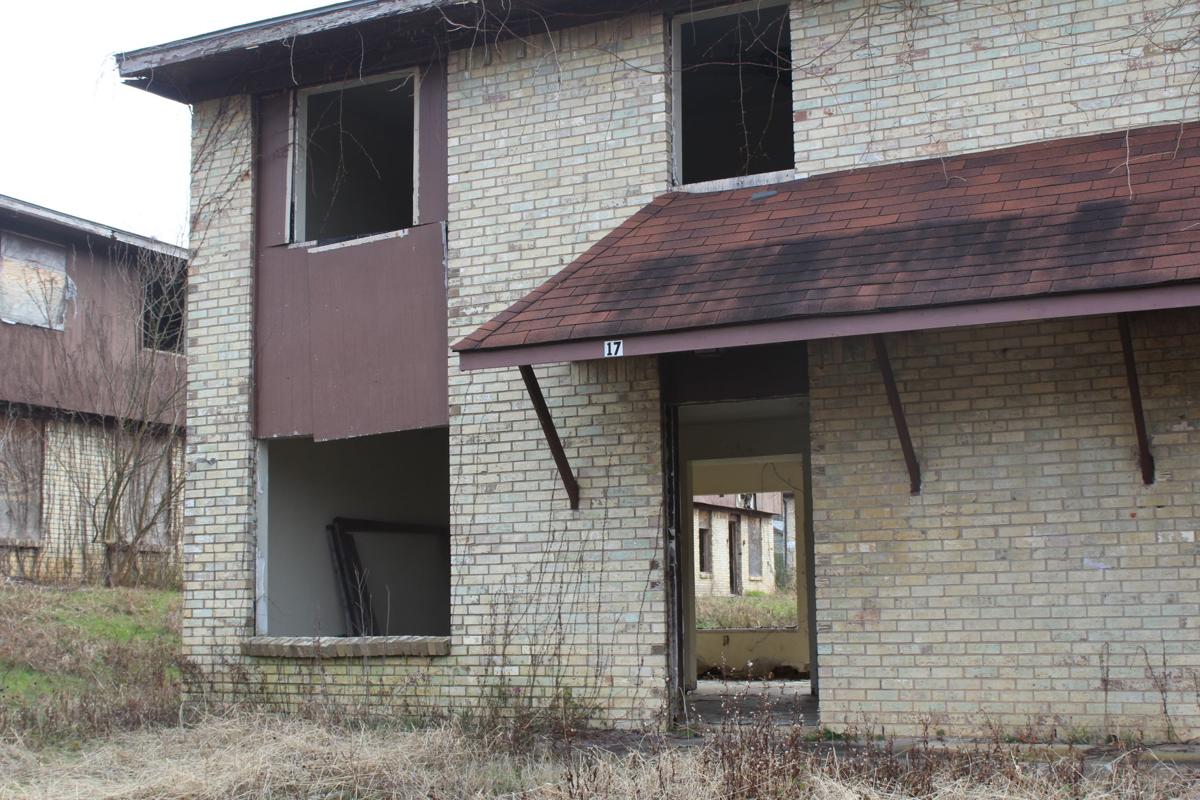 Westgate Apartments have fallen into disrepair after passing from owner to owner in recent years. The City of Paris is attempting to get the complex into foreclosure, but the process is complicated by the death of the owner, city officials said. 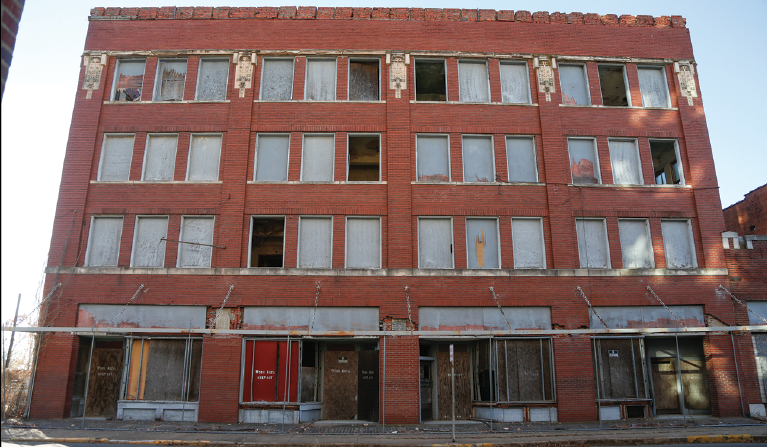 Westgate Apartments have fallen into disrepair after passing from owner to owner in recent years. The City of Paris is attempting to get the complex into foreclosure, but the process is complicated by the death of the owner, city officials said.

EDITOR’S NOTE: Monday’s story incorrectly stated the name and history of Westgate Apartments. It has been corrected here in a story that expands on Paris’ work to clean up apartment complexes and land that have fallen into disrepair.

While some parts of Paris appear picture perfect, others look like they’ve been pulled from the background of a post-apocalyptic movie. Such is the case with the Westgate Apartments on Northwest 7th Street.

“We are trying to pursue foreclosure,” said Robert Talley, City of Paris code enforcement director. “We’ve had several people come in and look at it. Until we foreclose on it, there’s nothing we can do.”

According to an October 2009 Paris News article, Westgate has been vacant since 2009 after the federal Housing and Urban Development program pulled the contract on the apartments following notification from the Paris Housing Authority that the complex was in violation of maintenance. Residents were moved to other facilities and Section 8 rental properties.

The complex rolled downhill from there, switching owners and eventually becoming abandoned. The latest attempt to resuscitate Westgate came from Property Partners LLC, a business with a mailing address in Addison, which purchased it in 2011. Attempts to reach Property Partners were unsuccessful.

Talley said, structurally, the Westgate buildings are sound, though most of them are missing windows and doors.

“Everything in them is solid as a rock,” he said. “The walls are sound. The roof is good. I wish someone would buy it and fix it.”

Talley said the city mows the property a few times a year to keep it from becoming too overgrown, but there’s only so much it can do. At one point, the property had a privacy fence around it, but someone kept taking it down, he said.

“It’s always something over there,” Talley said, adding the last attempt to fix up the apartments ended when asbestos was found in the construction. “Instead of encapsulating it, they disturbed it. Then, (the Texas Commission on Environmental Quality) came in.”

The commission shut down the work being done at the time, Talley said.

Now, the only option to get something with the property done is to get it into foreclosure. Property Partners is the firm that owns it, but it’s not as easy as reaching out to the company, Talley said.

“The owner is deceased,” he said.

Tracy Pounders with Pounders Law Firm in Dallas said his firm is actively pursuing foreclosure for the city, but attorneys are having trouble finding a person with whom they can speak. The firm filed foreclosure paperwork in April 2018, and if they can’t find someone to handle the responsibility, at some point the firm will have to file an attorney ad litem request and take care of the foreclosure through the Texas Secretary of State.

“It’s a high priority for me to get something off the tax roll,” Pounders said. “It does take a little bit of extra work. It’s very frustrating. This has been one (property) I’ve looked at for several years.”

He said since he’s taken over as the tax attorney for the City of Paris, the number of properties on the delinquent tax rolls has dropped from well over 1,000 to the 500 to 600 range.

Right now, on his website, he said there are 170 different properties available for a tax sale, that is, properties that have been foreclosed on by the city and are being sold to get them back on the tax rolls.

“It’s an urban renewal project, cleaning and clearing up the title to these properties,” Pounders said.

Belford Apartments up for auction

The historical Belford Apartment Complex, which survived the 1916 Paris fire, soon will be auctioned on the Lamar County Courthouse steps.

Located on South Main Street across from the Gibralter Hotel, the complex once brought life to downtown Paris but has been vacant for decades.

Following a 20-minute discussion behind closed doors with City Attorney Stephanie Harris, Paris City Council voted unanimously to enter the foreclosed property in a sheriff’s sale. Bidding is to begin at $50,000.

Harris said she hopes to have paperwork ready for the March 12 sheriff’s sale.

Council voted to foreclose on the property in December 2017 after owner Kenneth Kammer had accumulated about $2 million in penalties on orders to demolish the property.

“It’s taken awhile to prepare the paperwork and move forward with the process,” Harris said.

Mayor Steve Clifford described the property as being “in such horrible shape there is very little hope it can be restored — it’s got a tree growing in it; the walls are falling down and the basement is a public health hazard.”

About the $50,000 beginning bid, Clifford said the city wants to ensure a buyer has intentions to do something with the property and not “let it sit there and deteriorate further.”

“If no one purchases it at the sheriff’s sale, it will be up to the city to demolish it,” Clifford said.

When council first voted to begin foreclosure proceedings, there was some hope the building could be restored.

Acting on a recommendation by Paris Historical Commission and initiated by former commission member David Alarid, the council voted to foreclose on the Belford and offer it for sale as a historical restoration project, which qualifies for state and federal funds.

“There will be at least a period of time between when the city acquires and when it is sold that the city would own it, and there are liabilities associated with it,” Harris said at the 2018 meeting. “You have personal injury liability and liability for environmental aspects, including asbestos.”

Harris also explained foreclosure proceedings could involve litigation costs, and advised there are barriers to the sale of the building due to its condition.

Alarid, who lives in Austin and owns the vacated First National Bank Building on the northwestern corner of the downtown square, at the time said he might bid on the property.

“That is not the reason for the resolution,” Alarid said. “It’s important for the community to save its historical buildings, and it creates jobs.”

“So we do nothing and at some point we have to pay $300,000 to $400,000 to demolish and the building is gone for sure,” Clifford said. “Or potentially, with all the complications here, we foreclose on it with at least a chance to save it.”

As he did in 2018, owner Kammer sat in on Monday’s City Council meeting and declined comment on the foreclosure and sheriff’s sale.

After failing to get a bid in an earlier sheriff’s sale, the historic Belford Apartments could be up for sale again in November. Paris City Council voted to lower the minimum price from $50,000 to $20,000 in an attempt to attract a buyer for the 1915 four-story building.