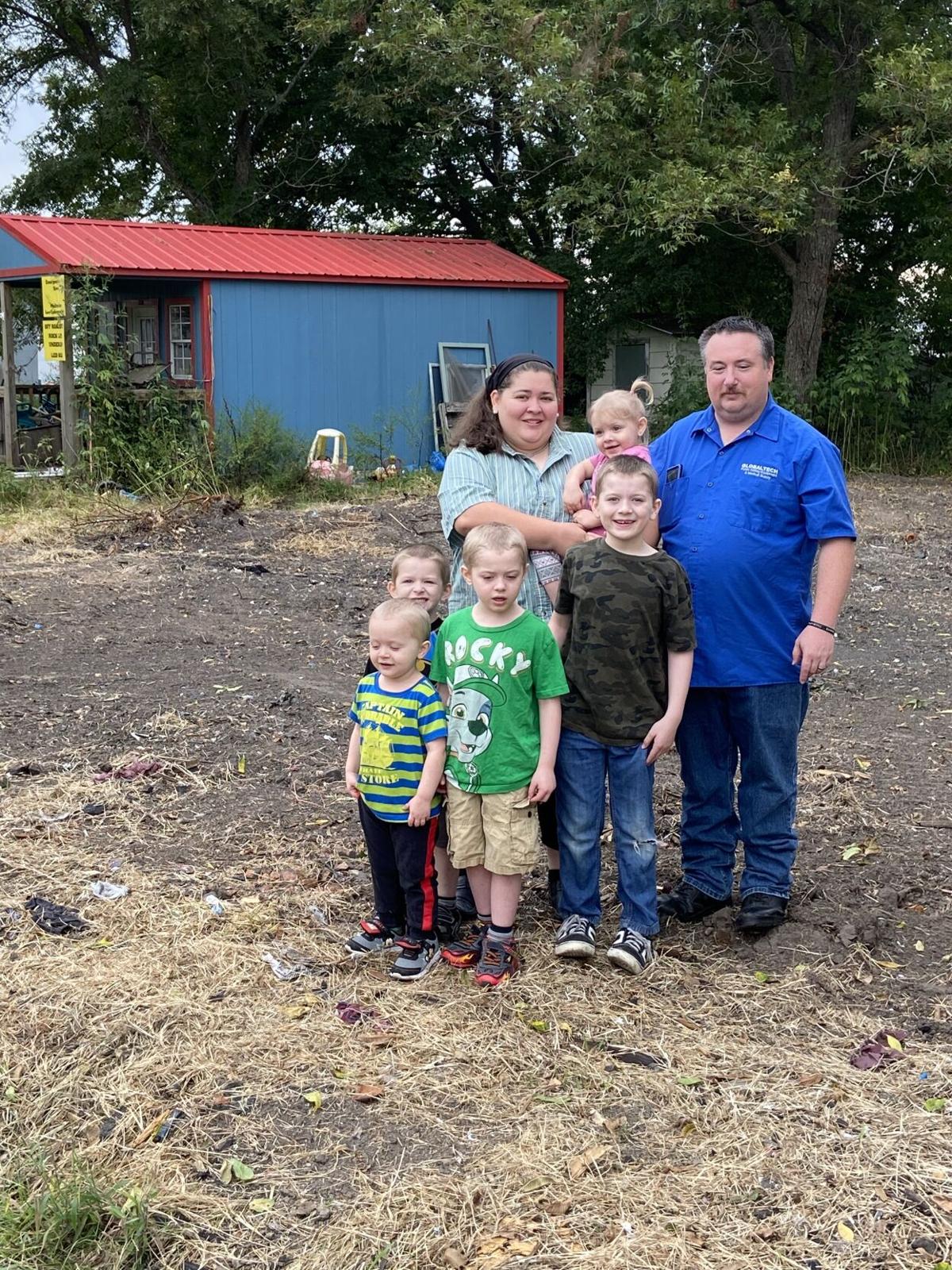 The Moll family stands on the land in Deport where their new home will be built. Pictured are Rusty, 4, Rylander, 5, Rockie, 6, Ryan, 8, Rylee, 2, and Amber and Roy Moll. 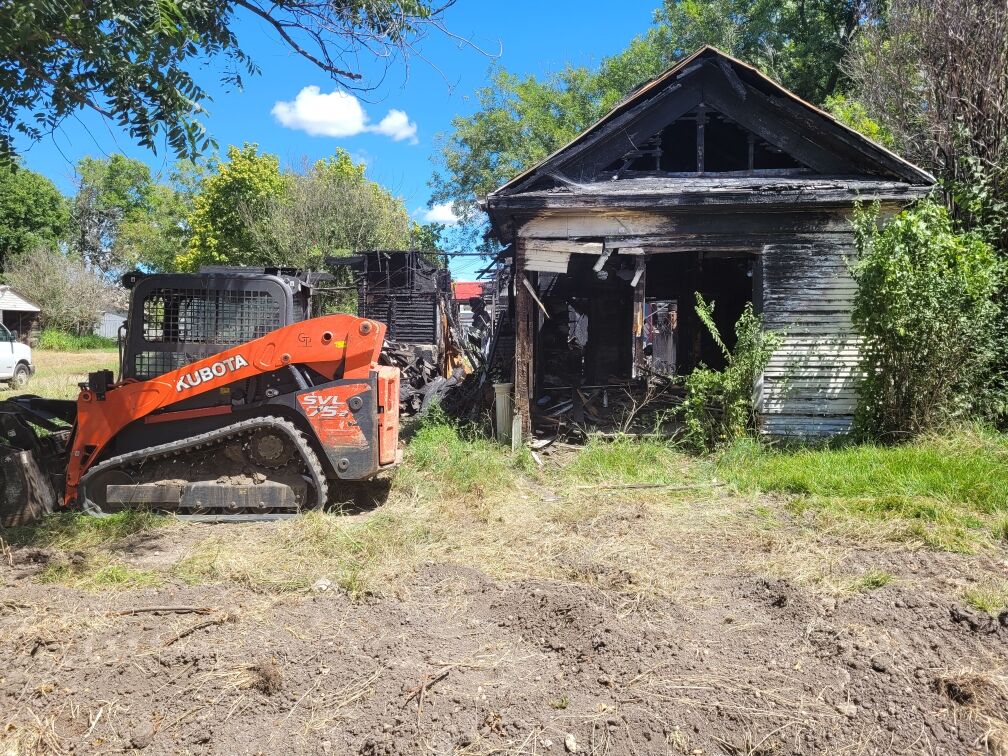 Only a shell of the former Moll home remained after a fire broke out May 19, 2020, a few months after Roy and Amber Moll lost a son in a tragic accident. The home has since been demolished and construction on a new home will soon begin thanks to federal funds administered by a Texas Department of Housing and Community Affairs forgivable grant program.

The Moll family stands on the land in Deport where their new home will be built. Pictured are Rusty, 4, Rylander, 5, Rockie, 6, Ryan, 8, Rylee, 2, and Amber and Roy Moll.

Only a shell of the former Moll home remained after a fire broke out May 19, 2020, a few months after Roy and Amber Moll lost a son in a tragic accident. The home has since been demolished and construction on a new home will soon begin thanks to federal funds administered by a Texas Department of Housing and Community Affairs forgivable grant program.

DEPORT — The Roy Moll family may be catching a break after suffering a season of tragedies. In January 2020, the family lost a young son to a freak accident, and four months later the family lost their home to fire.

Weather permitting, construction crews are to lay the foundation for a new house this week for the family of seven, made possible through federal funds administered by a Texas Department of Housing and Community Affairs forgivable grant program.

“I am just thrilled for this family who mean so much to our community,” said former mayor John Mark Francis, noting that even after suffering such great losses the Molls served and delivered home-cooked holiday meals to those in need the following Thanksgiving and Christmas. “I am glad to be a small part of helping them have a new home.”

Although the Moll family did not qualify for the department’s HOME Investment Partnership program because they had no house to rebuild, Deport’s HOME grant writer Kathy Boyles found a similar grant within the agency to fit their needs.

“We had an application in for a HOME grant when our house burned, so we didn’t qualify for that grant anymore,” Moll said. “But Kathy was able to find us a different program for a 15-year forgivable loan as long as we keep taxes current and take care of the house.”

Moll expressed appreciation to the former mayor for his help in bringing the HOME program to Deport and assisting him with the grant application process.

“I’ve known John Mark since he was mayor, and he’s been there through everything with us,” said Moll, a firefighter with the Deport Volunteer Fire Department.

Married in 2013, Roy and Amber Moll moved to Deport in 2016 where they later started GlobalTech Public Safety Equipment & Medical Supply in a small building behind their residence off South Pecan Street. They have now moved their growing business to 161 Main St., where they and their children, who they homeschool, can be found keeping shop on a daily basis.

Speaking about the new house, Roy Moll said although small, at about 1,200 square feet, the house will have four bedrooms and two bathrooms, which he said, with a smile, the family desperately needs.

“Instead of having both a small living room and dining room, we are considering having just one larger dining room because we sit down to eat our meals together as a family,” Moll said. “I know many families don’t do that any more, but we do.”

Both Moll and his wife said they credit their religious foundation with helping them through the tough times, and they believe God has His hand in this new chapter in their lives.

“We were blessed to all get out of that fire alive,” Amber Moll said. “I am just so thankful for a new house with good wiring, one that hopefully will not catch fire. It will be nice to start a new chapter in our lives.”

Through it all: Despite tragedies, Moll family continues to give back

Despite losing their son and then their home to a fire, Amber and Roy Moll, of Deport, have persevered, giving back to their community through their organization, Southern Faith Ministries.