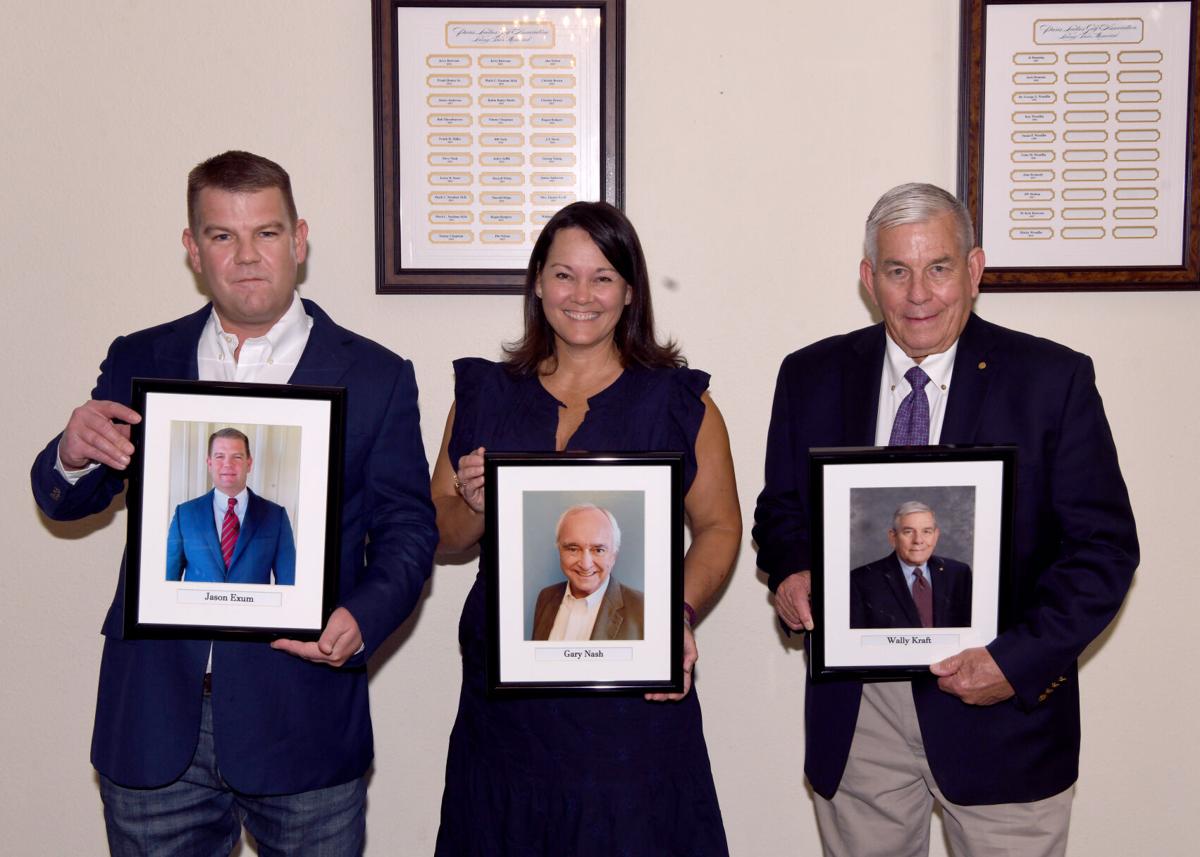 Boys & Girls Club Wall of Honor recipients on Saturday included, from left, Jason Exum, Gary Nash and Dr. Wally Kraft. Nash’s photo is held by his daughter, Stacy Nash England, as her father was absent due to illness. 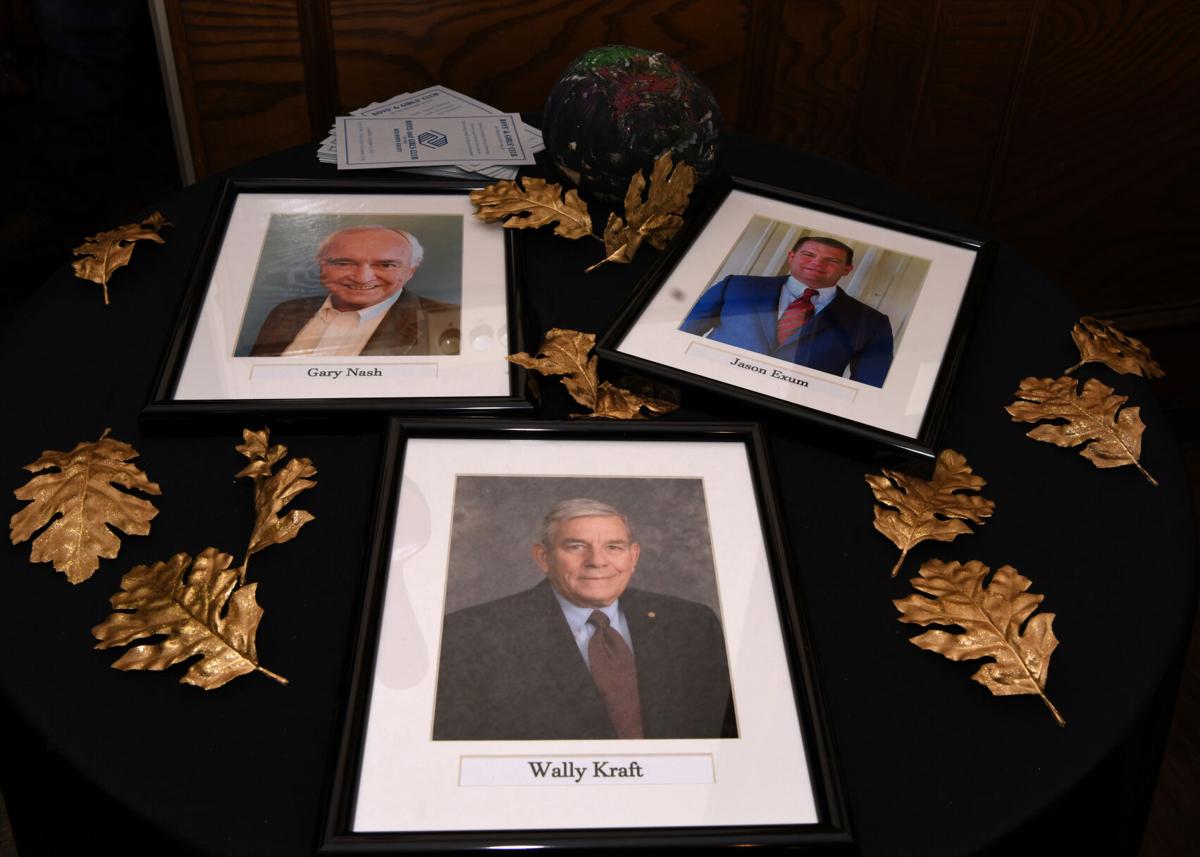 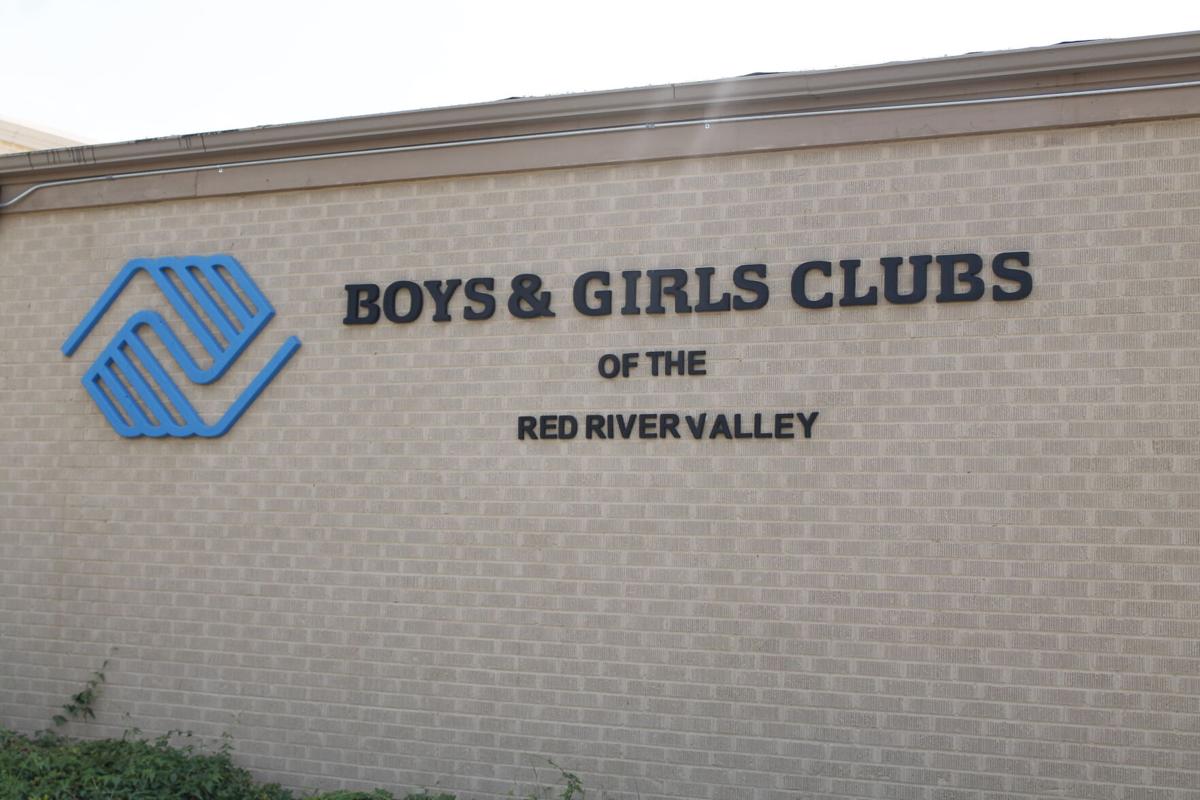 An exterior view of the Boys & Girls Clubs of the Red River Valley, 1530 1st St. NE in Paris. The club serves mainly first through eighth graders, giving them a safe place to go after school for homework and physical activities.

Boys & Girls Club Wall of Honor recipients on Saturday included, from left, Jason Exum, Gary Nash and Dr. Wally Kraft. Nash’s photo is held by his daughter, Stacy Nash England, as her father was absent due to illness.

An exterior view of the Boys & Girls Clubs of the Red River Valley, 1530 1st St. NE in Paris. The club serves mainly first through eighth graders, giving them a safe place to go after school for homework and physical activities.

A crowd of about 100 supporters paid tribute to this year’s Wall of Honor recipients and celebrated Boys & Girls Club of the Red River Valley successes as The Alumni and Friends Association gathered for its 27th annual meeting Saturday night at Paris Golf & Country Club.

Video presentations gave photographic highlights of the lives of honorees Dr. Wally Kraft, Jason Exum and Gary Nash and featured friends who expounded honoree contributions to the Boys & Girls Club and to the community. After each presentation, during which recipients received plaques to commemorate the recognition, each honoree offered remarks of appreciation.

“I never thought I would be on the Wall of Honor,” Exum said after Josh Bray, Dustin Allen and Gatz Notingham each appeared on video to detail his contributions. “There are so many other people that do more, work harder and just do more for the club than I do. I just thank you very much.”

“Whatever they do out there seems to work well for fundraising,” Bray joked about the auction now held at Exum’s barn. “I’m not sure if it’s what they serve or what they talk about but they raise a lot of money, and that’s one of Jason’s best contributions is that auction.”

Stacy Nash England received her father’s plaque in his absence due to illness and brought words from the honoree.

“This is a great honor and I am humbled to be included,” Nash wrote. “There are so many great names that have gone before me, and I know there will be many, many more yet to come. Every single person that shows up day after day and puts in the life changing work for these children deserves a wall of honor of their own.”

Bobby Smallwood and Mark Homer appeared on the video in Nash’s honor, with Smallwood recounting the honoree’s accomplishments in the business world and Homer expounding on his contributions to the Boys & Girls Club and to the community.

“You care for this city and the youth of this city, and you’ve been a great supporter,” Homer said. “I know you didn’t do it for the recognition, but it’s well deserved, and for that I thank you.”

Sims Norment credited honoree Kraft for his “endless energy” and his son, Erik Kraft, credited his father for his generosity, his professionalism and his commitment to community service.

“Congratulations, Dad,” Erik Kraft said. “This is a huge honor. You’ve made a huge impact over the course of your life, not just in Paris, but nationally. I am very proud of you, and proud that I got to talk about it.”

“A lot of young business people after they’ve been involved in civic activities for a few years decide they’ve done their part, and it’s time for somebody else to do their part,” Norment said. “Wally is still in the saddle, and the reason he is is because he cares about people. Congratulations, Wally. People like you make Paris and Lamar County a better place to live and to work. Thank you for all you have done.”

“It’s made a big difference, and I want to recognize you for what you have done,” Wally Kraft said. “You’ve got a great staff.”

“You know, it’s a real honor this evening,” Wally Kraft continued, noting that the wall is populated with some pretty neat people. “It humbled me to get to be a part of this celebration and be one of the members we’re honoring.”

Recalling the words of local icon Coach Gene Stallings of national football fame, Wally Kraft said he remembers Stallings saying, “to be successful you have to have a vision.”

“I can see farther because I stood on the shoulders of giants, and I want you all to know that Paris, and people like you, are where I come from.”

Earlier in the evening, Pat Murphy of the alumni committee responsible for the celebration noted that The Alumni and Friends Association was conceived by the late George Young 28 years ago.

“His goal was to raise $1 million,” Murphy said. “Tonight, as we’re considering his legacy, we’re just about there.”

Parisians Dr. Wally Kraft, Jason Exum and Gary Nash are to join other community servants in recognition on the Boys & Girls Club of the Re…