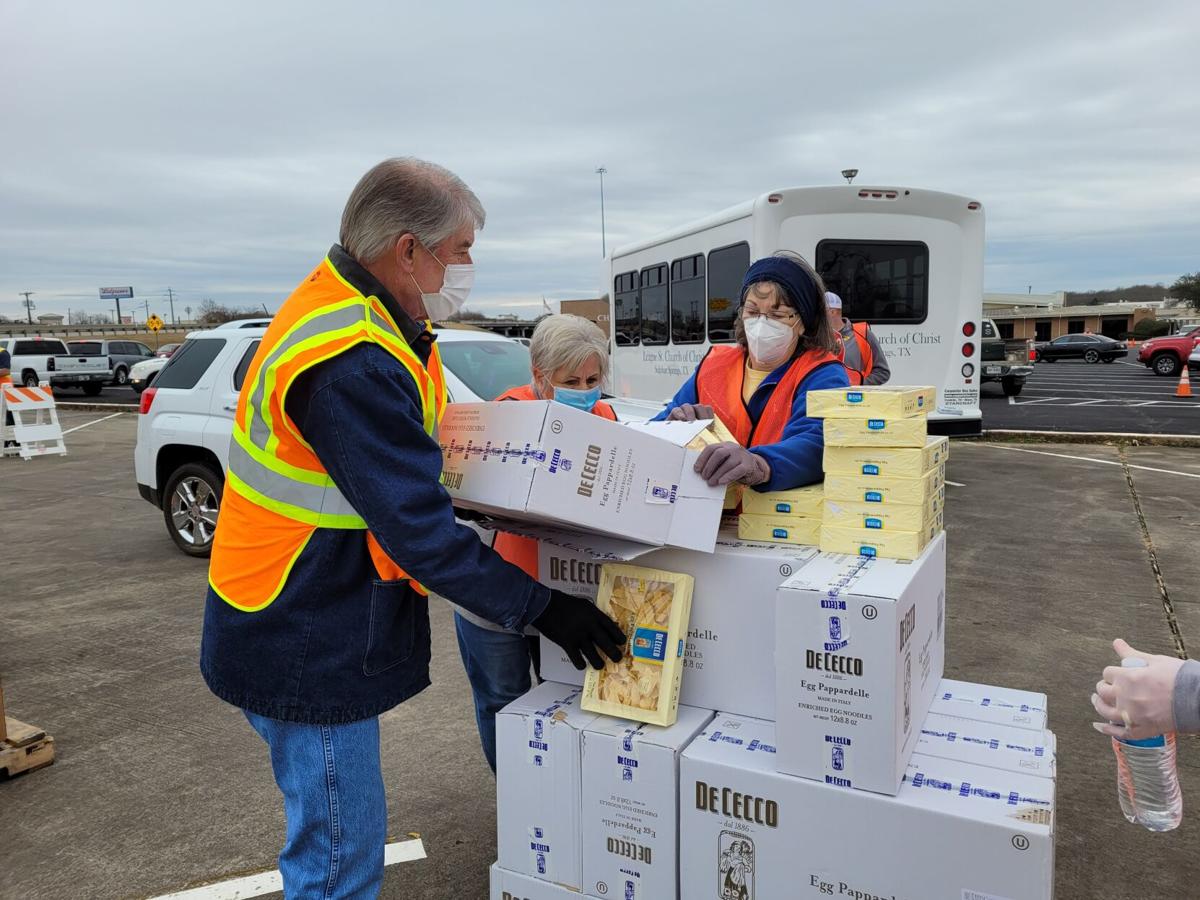 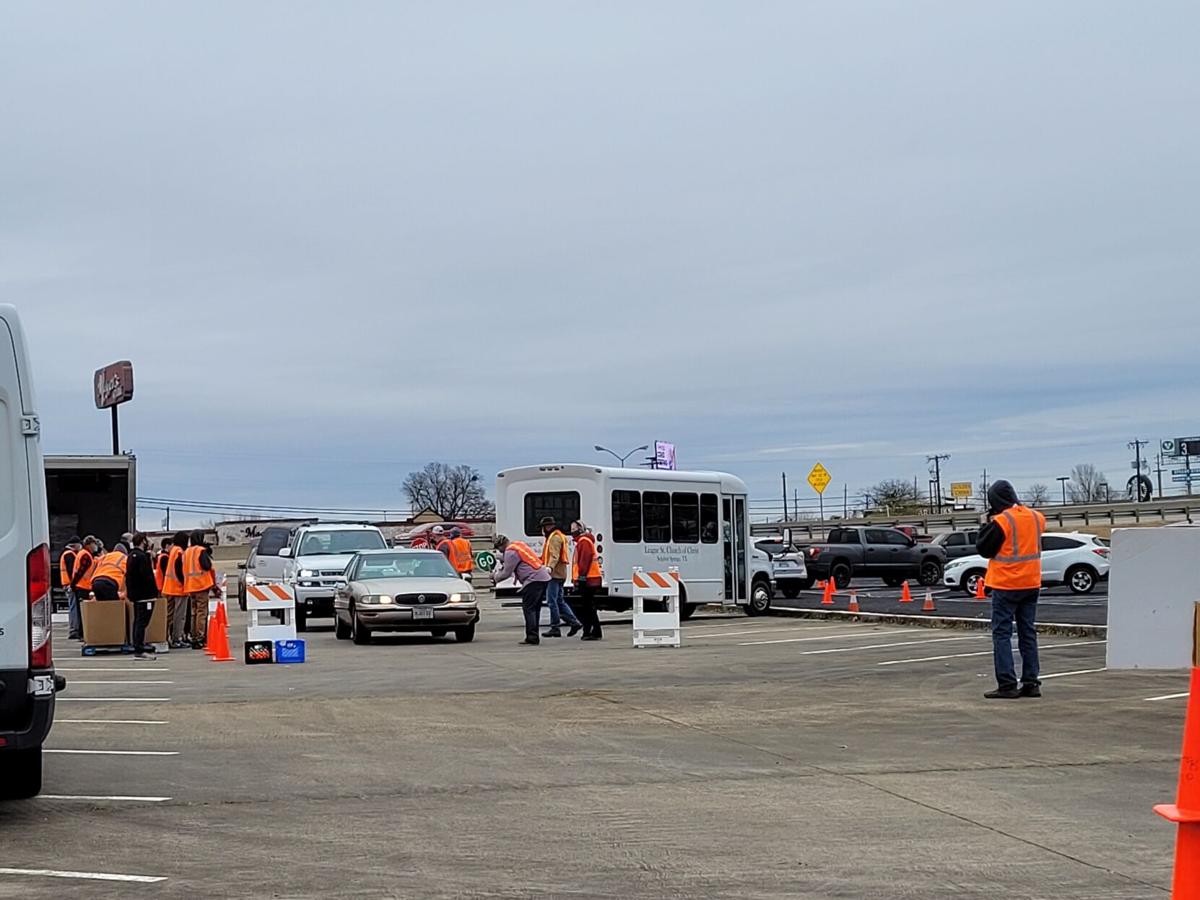 The entire enterprise didn’t take long. Within the first 45 minutes of distribution, the North Texas Food Bank had run out of packaged shredded cheese.

“We’ve given out two pallets,” one of the volunteers said at the site.

The food bank once again returned to Paris for a mobile pantry. The first time, in May, featured National Guard members helping distribute the food from two trucks, but now the event has evolved to a volunteer-based process. This time around, the Dallas-based organization gave out over 21,000 pounds of food, according to Maricela Torche, who was on-site from the food pantry.

“Every site is treated a bit differently,” she said. “These are all local volunteers.”

About 20 volunteers came to help, according to Pastor Mickey Ellis, over the First Assembly of God Church next to the Church of Christ.

“Volunteers were from Lamar Avenue Church of Christ, Paris First Assembly, Living Word Assembly and Chicota Assembly of God,” he said. “I think a couple were from the Downtown Food Pantry.”

Torche said for something like this, they needed at least 15 people.

Back in the distribution line, Jo Blackburn said she works regularly in the Downtown Food Pantry, said that was where she heard about it.

“Someone asked if we could come here if they didn’t think they had enough to do it,” Blackburn said. “I enjoy it. Ray asked us at the food pantry, and here I am.”

Over the past eight months, Ellis has called the food bank back to Paris four times. Each time has had a good response from the public, he said.

“I first heard of them through an event in Honey Grove sponsored by one of our churches there,” Ellis said. “It was such a good report that I called to ask about them coming to Paris to help families in need. They were very willing to come and help.”

The North Texas Food Bank works in partnership with the Downtown Food Pantry, helping get food to those who need it in Lamar County, but this is an extra service.

“At last count, nearly 400 families were helped,” Ellis said. “That would be well over 300 cars coming through. I don’t have the final figures yet, but they were thinking that possibly over 1,200 individuals would be helped. I believe this has been the largest number of people helped in the four times we have done this with the NTFB.”

The event started at 10 a.m. Wednesday, and the bulk of those cars came through within the first 45 minutes. They ran out of food at 11:15 or so, Ellis said, though the event was set to last until noon.

“The NTFB has been great to work with,” he said, “and anything we can do to help families here is certainly worth the time and effort.

“And they will be back.”

More than 2.5 million households in Texas didn't always have enough food to eat in November, according to the U.S. Census Bureau. About two-thirds of those households were either Hispanic or Black.