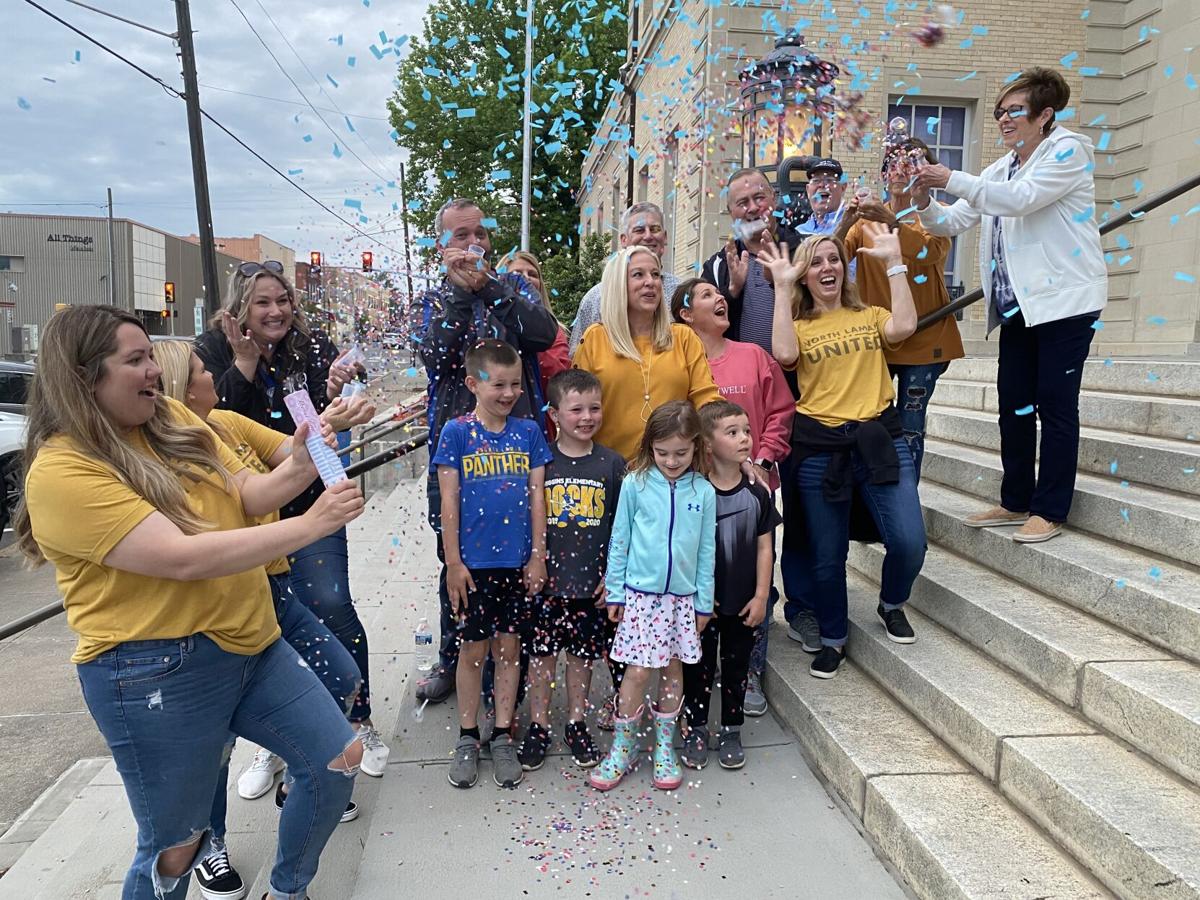 North Lamar ISD supporters join Superintendent Kelli Stewart, center, on the steps of the Lamar County Courthouse Annex on Saturday in celebrating the passage of a $51.55 million bond. 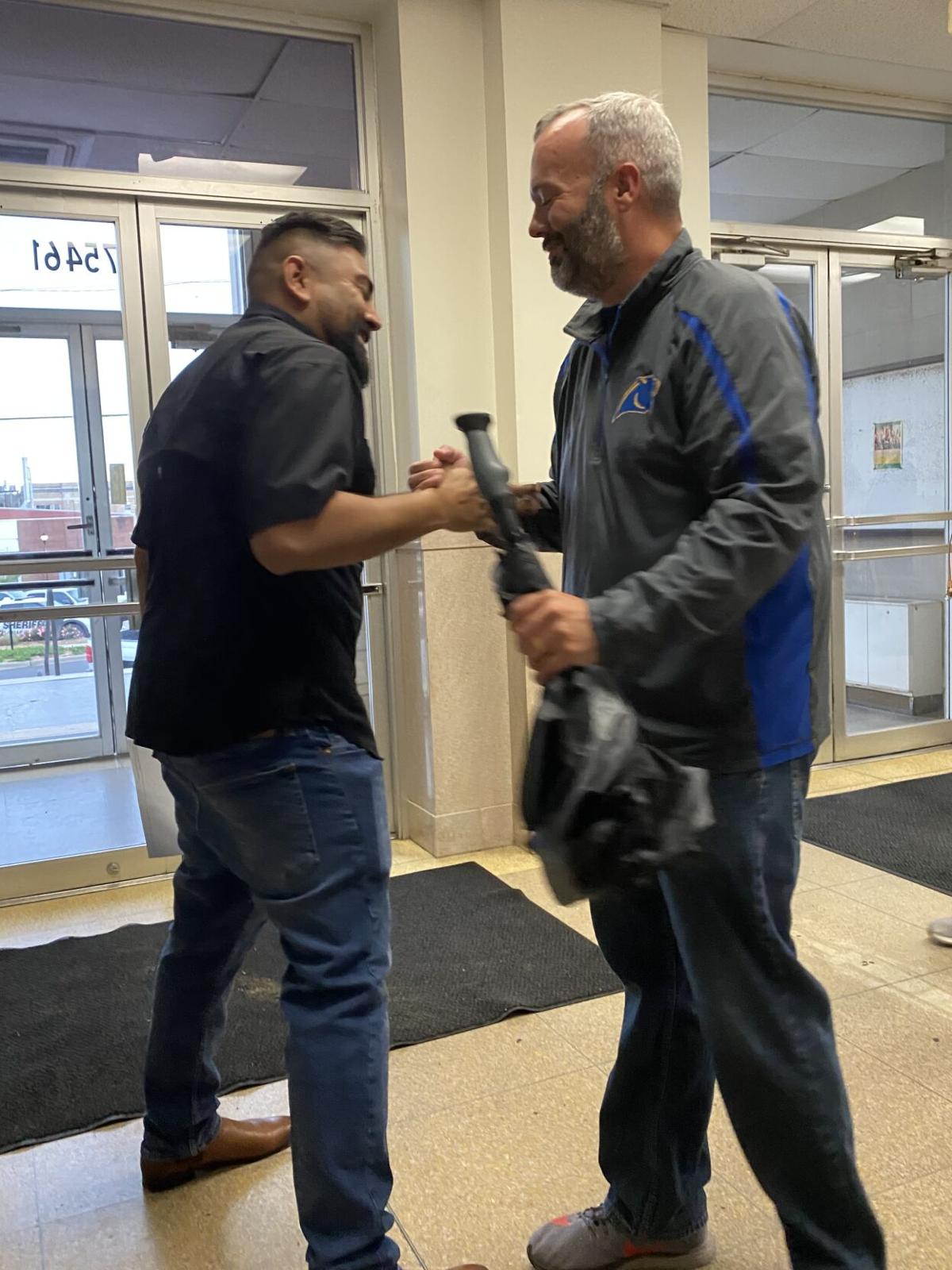 North Lamar ISD supporters join Superintendent Kelli Stewart, center, on the steps of the Lamar County Courthouse Annex on Saturday in celebrating the passage of a $51.55 million bond.

Voters approved bond referendums at both North Lamar and Prairiland school districts at the polls Saturday, and seated city council members and school trustees across the Red River Valley.

“We appreciate the confidence that our community has in North Lamar ISD,” Superintendent Kelli Stewart said. “The victory of this election belongs to our students. They are the real winners, and for that we are eternally grateful to the voters that supported this bond.”

At Prairiland ISD, voters approved a $7.5 million bond 252 to 23 to add classrooms and a multi-purpose facility at Blossom Elementary along with new classrooms at Prairiland Junior High. Of the 275 total ballots cast, nine were absentee, 119 in early voting and 147 on election day.

“I’m excited for the kids and teachers,” Superintendent Jeff Ballard said. “We have needed new classrooms for a while, and this will help enhance the educational experience. This bond election, plus solar money coming in, gives us the opportunity to do a lot of good things on all campuses and make Prairiland a premier district while having the lowest tax rate around.”

“I’m very appreciative and humbled by the support this community has shown me, and look forward to translating that right back to our community,” Pankaj said. “I would like to thank my opponent for being a good opponent. It takes a lot of courage to want to run for city council, and I appreciate that about him.”

In Bogata, one new council member and two incumbents won their respective races. Bill Mellon won the Place 3 spot against Roland Screws, 76 to 54, while incumbent Kim Lindsey held onto her spot against Glenda Martin for Place 2, 66 to 63. Place 5 had three candidates: Candice Rosson, James Shoemaker and Jimmy Castle. Shoemaker won, with 80 votes, while Castle had 42 and Rosson had 10.

“All in all, it was a great night for Bogata,” said Councilman Cecil “Tex” Loftin, who ran unopposed in his seat.

Lindsey is grateful for the win and ready to keep up with what the council has been doing for the past few months, she said.

“I am grateful for everyone that came out to vote. I am looking forward to working with the other City Council members to continue the momentum of new businesses coming to Bogata,” Lindsey said. “We have a lot of work to accomplish and we need to work as a team. We need to bring in new business that will bring more revenue to the city so that we can stabilize our financial position. This will allow the City of Bogata to improve our streets, and get new equipment for the fire department. I am looking forward to serving the citizens of Bogata for the next two years.”

In the Detroit ISD election, newcomer Samuel Savage and incumbent Justin Bailey won their elections, with 103 votes for Savage and 100 for Bailey. Other candidates Clint Johnson had 88, Dale Miller had 20 and Dewayne Tucker had 46.

North Lamar ISD trustees are to canvass the May 1 election, swear in new board members, Dr. Clint Spencer and Tommy Fendley, and reorganize th…

Voters may choose a polling place from any of the four convenient locations now through Tuesday, April 27 from 7 a.m. to 6 p.m. Monday through Friday or 1 to 4 p.m. Saturday and Sunday.