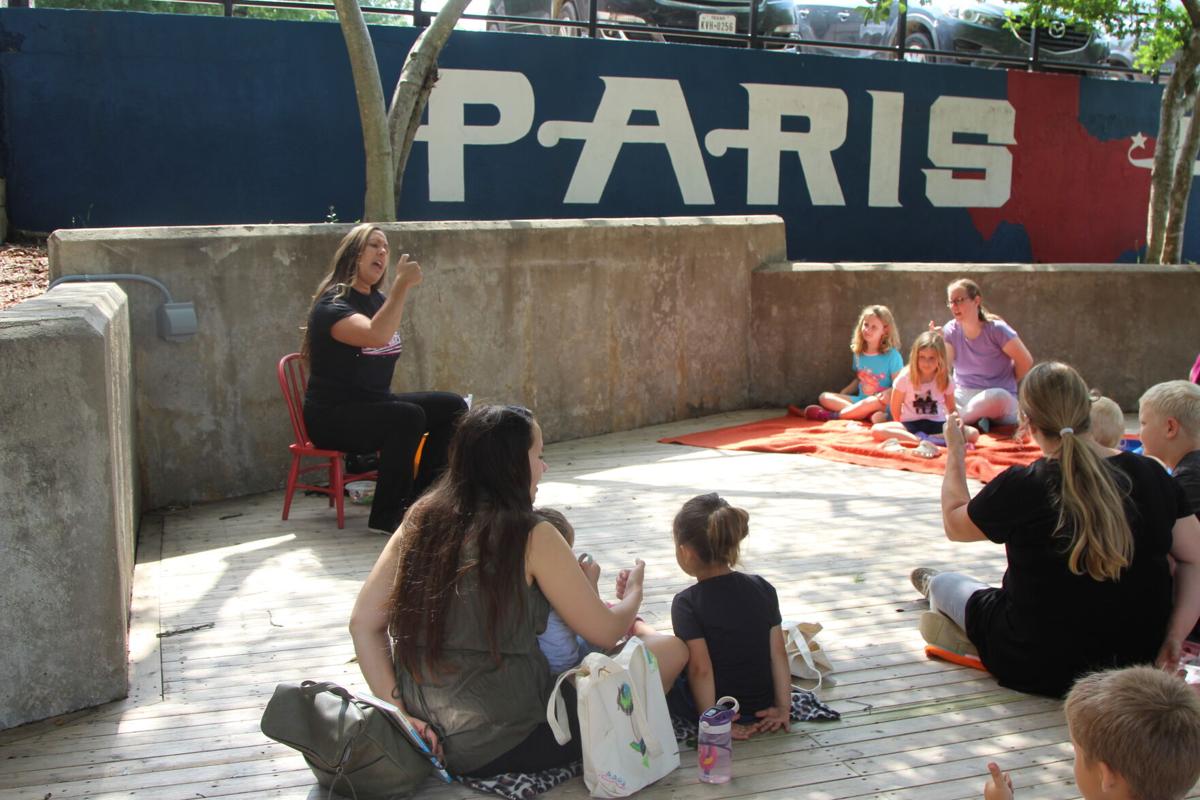 Paris Public Library’s Tracy Clark leads a storytime Wednesday on the outside deck. The deck on the South Main Street side of the library was built in 2019, but Clark only got to use it for a few things before the pandemic. 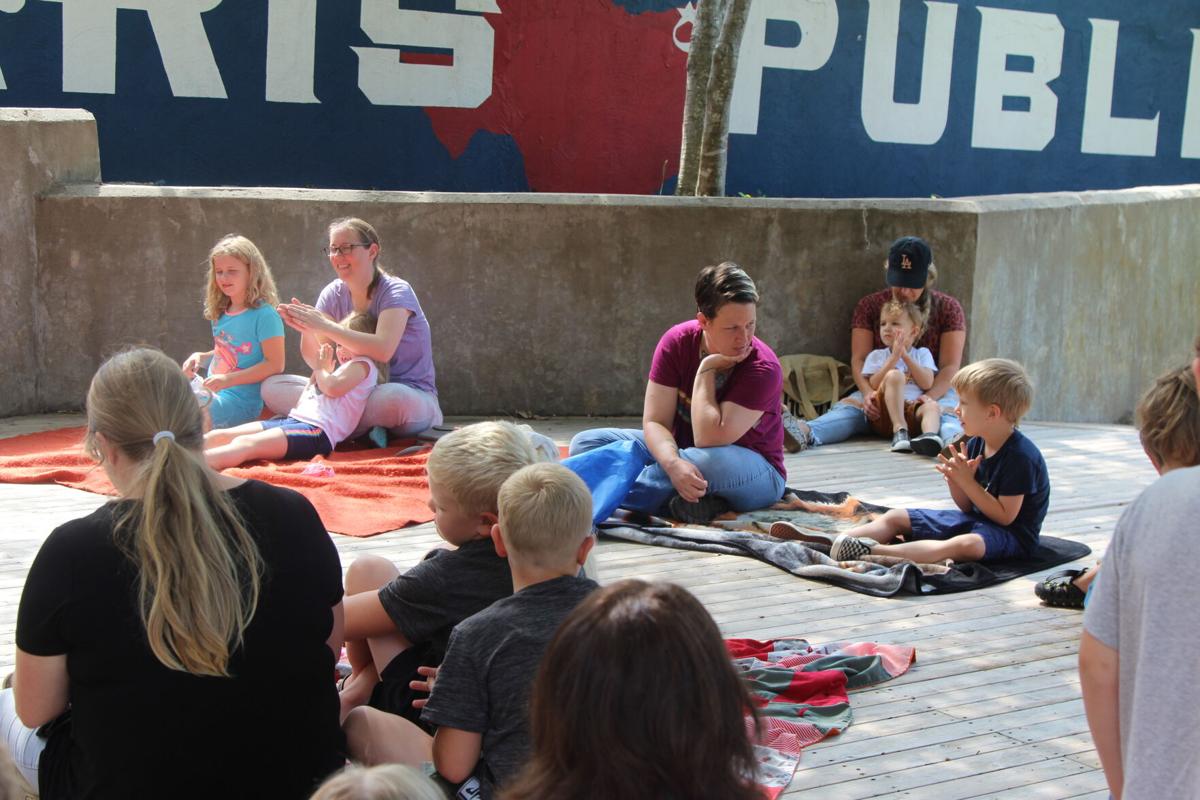 Children and their adults participate in Paris Public Library’s weekly reading event Wednesday on the outside deck. 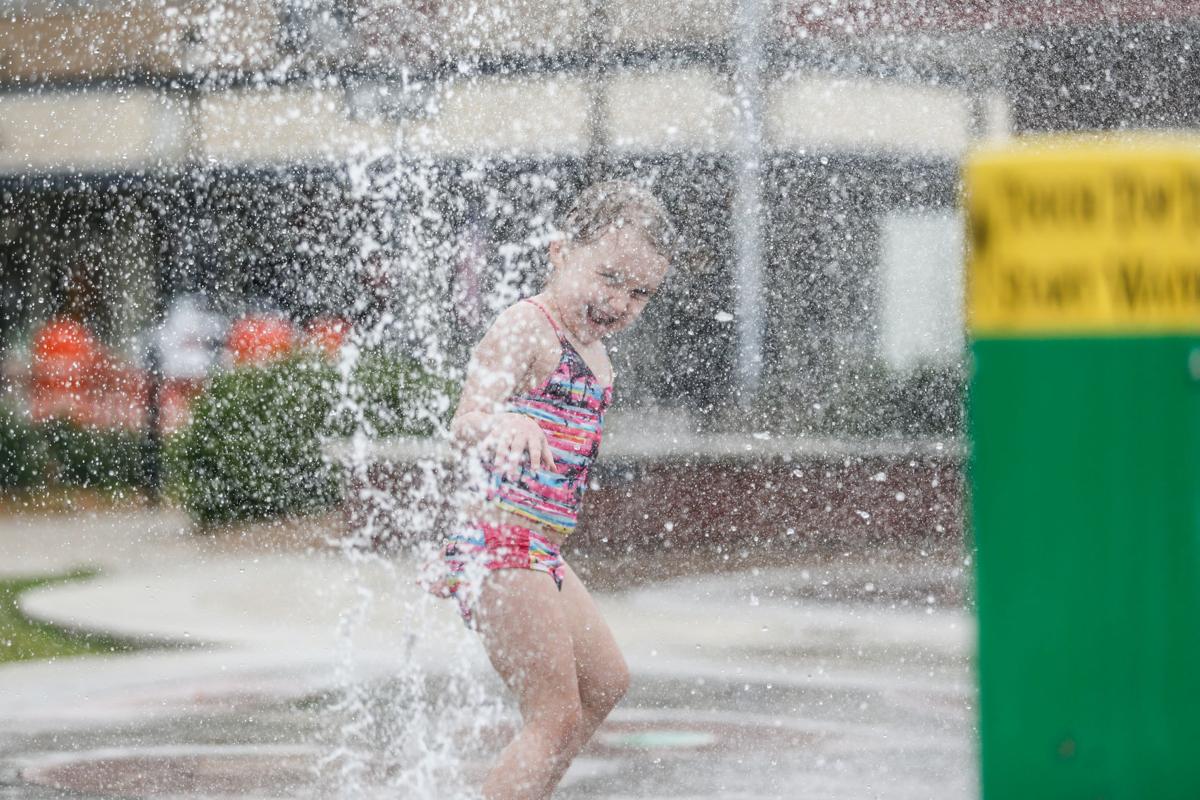 Paris Public Library’s Tracy Clark leads a storytime Wednesday on the outside deck. The deck on the South Main Street side of the library was built in 2019, but Clark only got to use it for a few things before the pandemic.

Children and their adults participate in Paris Public Library’s weekly reading event Wednesday on the outside deck.

The Paris Public Library’s summer programs are in full swing, with as many held outdoors as possible.

“I call it Tales Under the Trees,” Children’s Library Tracy Clark said. “I’m glad I’m able to utilize that deck outside.”

The deck on the South Main Street side of the library was built in 2019, Clark added, and she only got to use it for a few things before the pandemic. Now, however, the library’s children’s summer performance series will be held outside if at all possible.

Last week, the library had Len & Cathay Bennett with their “Percussion & Things” program, which features instruments, musical games and singing.

“It didn’t rain at all,” Clark said. “I had so many people there, and it was so great.”

Next on the schedule is comedian/magician Terry Cunningham/Howdy Do-dat on Friday morning at 11 a.m., also outside on the deck.

Other programs are performer Maria Smith at 11 a.m. June 18, with her Chick-a-Boom-Boom Fun Animal Tails and Tales, and Courtney Malone at 11 a.m. June 25, with Native American stories, singing and ukulele music.

Of course, the library also has its weekly storytime at 10:30 a.m. Wednesdays, and it’s sponsoring a new window cling design for the Friends of the Library group. The Splash Kingdom Reading Club is back. It started May 28, but there is still time before the “read 10 hours” or “read 10 books” reading log needs to be turned in, which is June 30 at 6 p.m. Winners for the free Splash Kingdom Water Park tickets will be drawn after the logs have been turned in.

“It’s hard to find volunteers to do that,” she said.

She hopes the schedule will be finalized by next week

According to the staff at the First United Methodist Church of Paris, the splash pad downtown will open back up this summer, it’s just a matter of when the board makes the decision.

“When they do allow me to turn it back on, it will be on the Methodist Church Facebook page,” Facilities Director Dave Osborne said. “I’m really just waiting on it to stop raining so I can go over to the music part of it and make some repairs.”

He said his granddaughter also keeps tabs on when the splash pad will reopen.

The FUMC Paris Facebook page can be found at facebook.com/fumcparis.

The local recipient of the $3,000 award was the United Way of Lamar County.