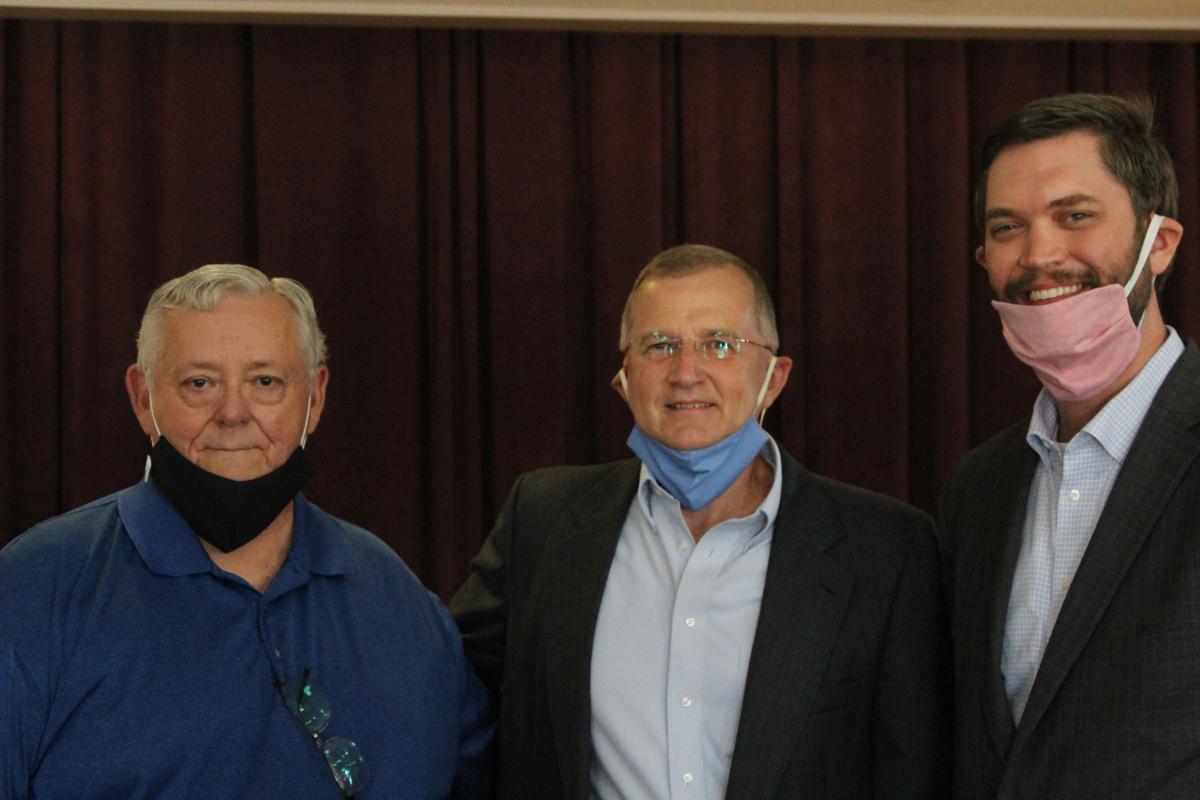 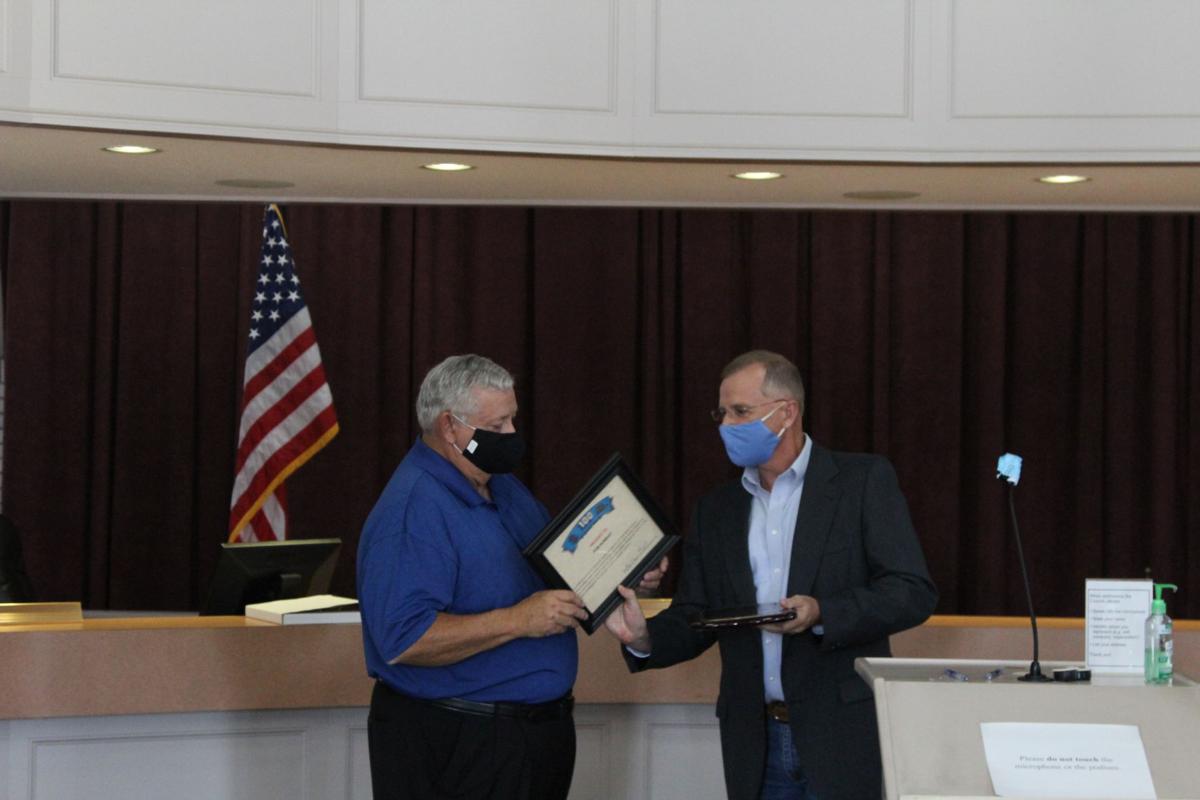 Details about pranks, dedication and 45 years of service to his community were abundant at City Hall on Tuesday at a reception for retired Paris police chief Bob Hundley.

For 41 years with the Paris Police Department, and for his many accomplishments as police chief since 2009, the department presented him with an engraved handgun, and the city added a basket full of goodies including

The 100 Club of Lamar County presented him with a lifetime membership as a token of appreciation for being essential to the organization of the group that presents $10,000 to the family of any first responder killed in the line of duty.

But it was the stories shared by those at the reception that best defined Hundley as a man dedicated to law enforcement, his family and his community.

“Bob had been with the ambulance service since 1975, and I joined in 1979,” Klinkerman said. “I was paired with Bob, and you sure had a lot of jokes played on you around the station. But when a call came in, you could always count on Bob to do what was best for the patient.”

Long-time detective Burton Golden, now retired, said he spent a lot of time with Hundley when both were rookies, and then worked under him for years.

“We made a call one cold night at Crockett Junior High where a burglary was supposedly in progress,” Burton recalled. “My partner and I went around one of the buildings and Bob and his partner came around the other side, and we met in the middle under flashlight, and everyone was going, ‘Stop. Stop.’ It was like a standoff between us, but fortunately it was a false alarm, no one got hurt and we had a lot of fun with it.”

Interim Police Chief Randy Tuttle, who also began as a rookie with Hundley in the late ’70s, said he will cherish “all the fun things over the years and all the memories we made.”

“It hit me last Wednesday that he is really retired; he’s gone,” Tuttle shared. “Every morning I always come by his office and say, ‘Good morning, Bobby Joe.’ But that morning his office was dark, and it really hit me hard.”

Tuttle said he has learned something from his friend every day they have worked together, and he will miss his leadership.

“There’s not anyone I can forward the phone calls to now, but I hope he has a healthy and long retirement.”

“You are what your record says you are, and Bob Hundley’s 45 years of service is unprecedented,” Louis said, noting that he has done everything from organizing the emergency operations center, the dispatch center, to being in charge of firearms training and the SWAT team. “I could go on and on.

“People just don’t realize how fortunate we have been in this community to have Bob,” Louis continued. “I just wish him all the best in his retirement and appreciate his family for allowing him to be a part of our police department for so long.”

On a lighter note, Louis said one time he asked Hundley what he did for fun because he was at the police station all the time.

A Paris High School and Paris Junior College graduate, Hundley earned an associate’s degree in criminal justice and graduated from the East Texas Police Academy. He worked a short time in Tyler before returning to his hometown.

Hundley began in Paris as a rookie patrol officer in 1979 and rose to the rank of lieutenant in the early 1990s, according to The Paris News files. He served as assistant police chief beginning in 2004, and he had served as emergency management coordinator since 1991 until handing the job to Assistant Chief Randy Tuttle several years ago.

“The Paris Police Department has proven, year after year, that they are performing at a high level of excellence,” Mount Pleasant Police Chief Wayne Isbell said in presenting Hundley the award during an August 2016 City Council meeting. “We recognize the department as being one of the best in the state.”

Hundley currently serves as vice president of the Red River Valley Down Syndrome Society board, and he is a member of the Paris Junior College Alumni Board. He has chaired or co-chaired the government division of the United Way of Lamar County for several years, is on the Ark-Tex Council of Governments Regional Criminal Justice Board and is a member of the advisory board for the East Texas Police Academy at Kilgore College.

Police Department to amend policy in response to outcries

Officers are in conversations with local folks to see “what we and the community can do to keep everyone safe,” Paris Police Chief Bob Hundley says.