Starting at
$14.00 for 30 days
Get Started
View all rates
You are the owner of this article.
Edit Article Add New Article
You have permission to edit this article.
Edit
Home
News
Opinion
Be Heard
Sports
Classifieds
Obituaries
Customer Service
e-Edition
Paris Life
1 of 6 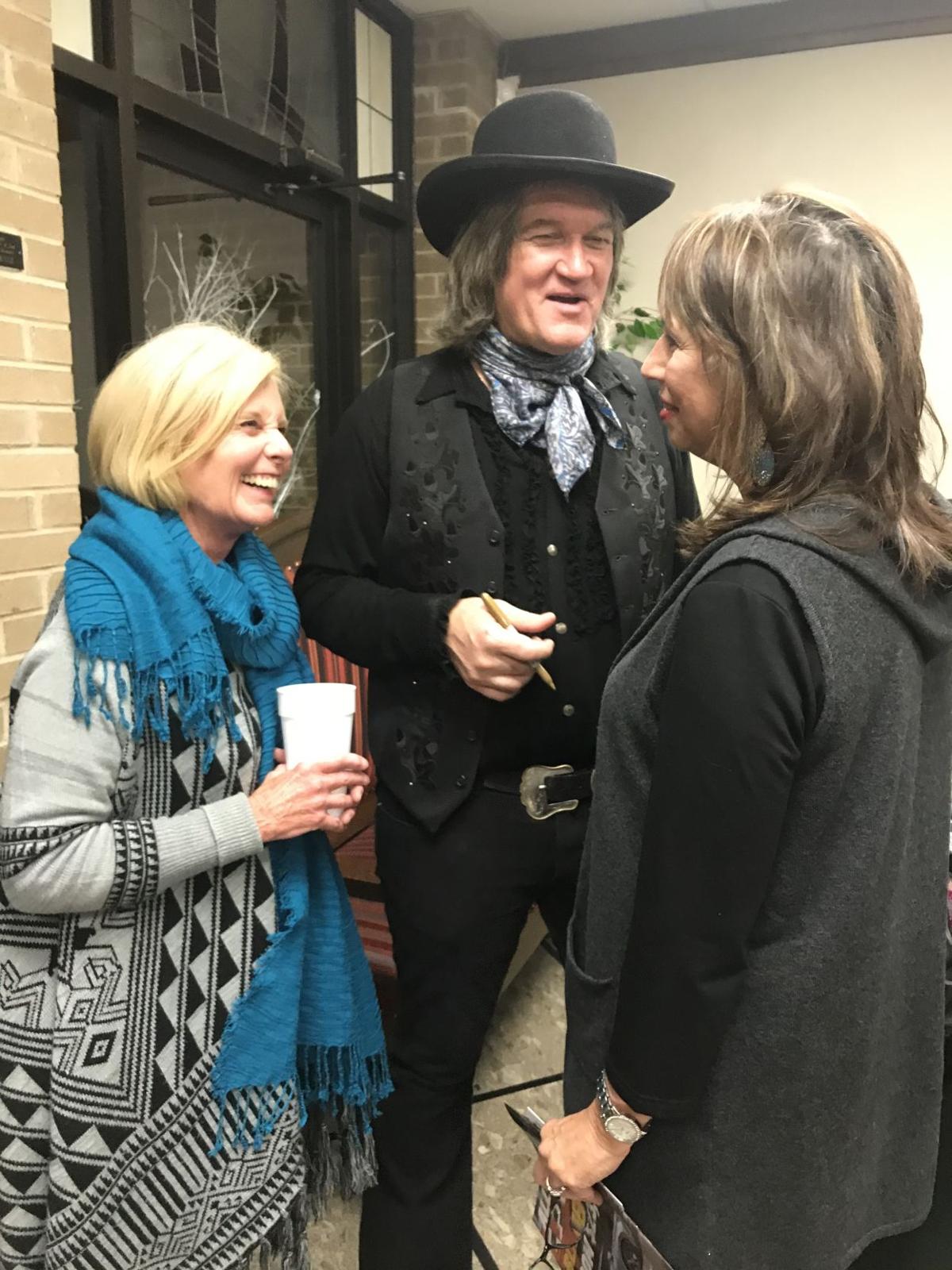 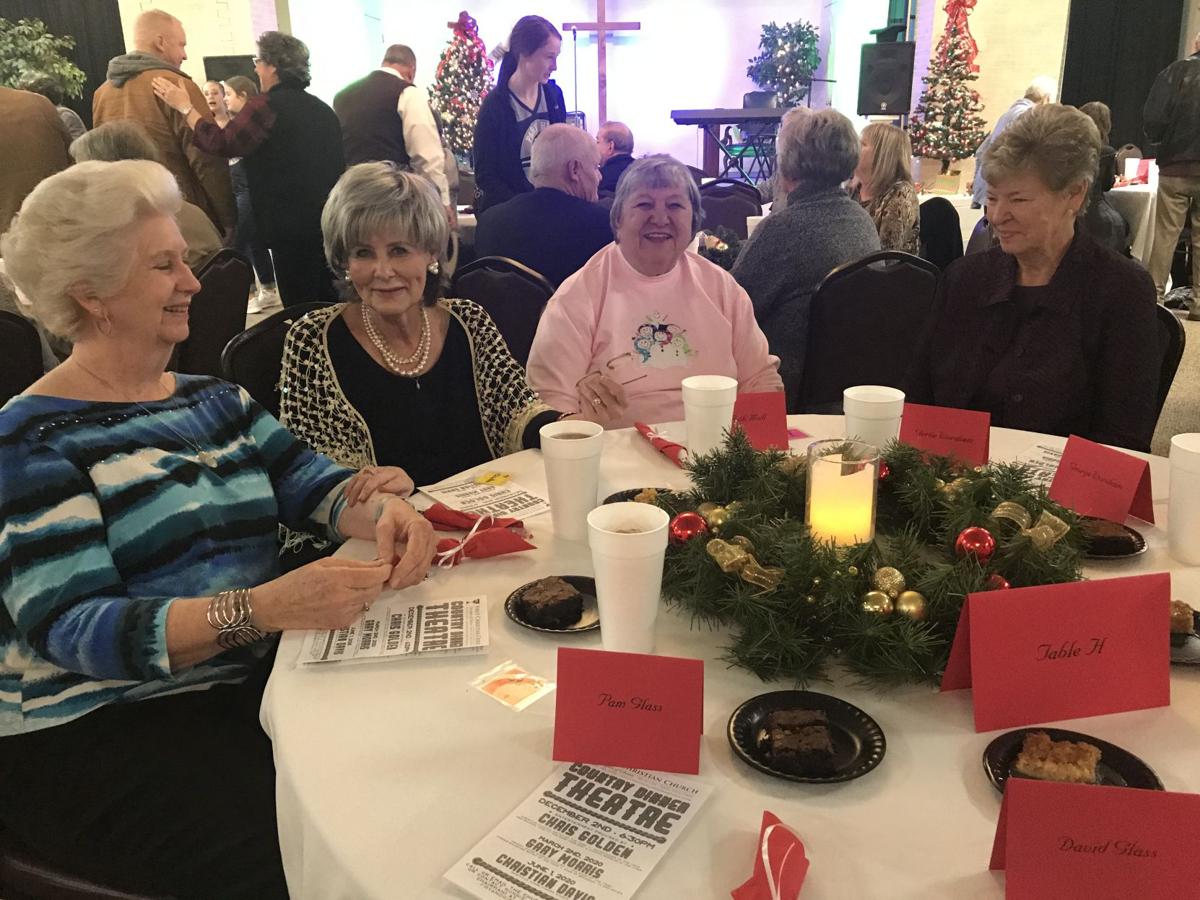 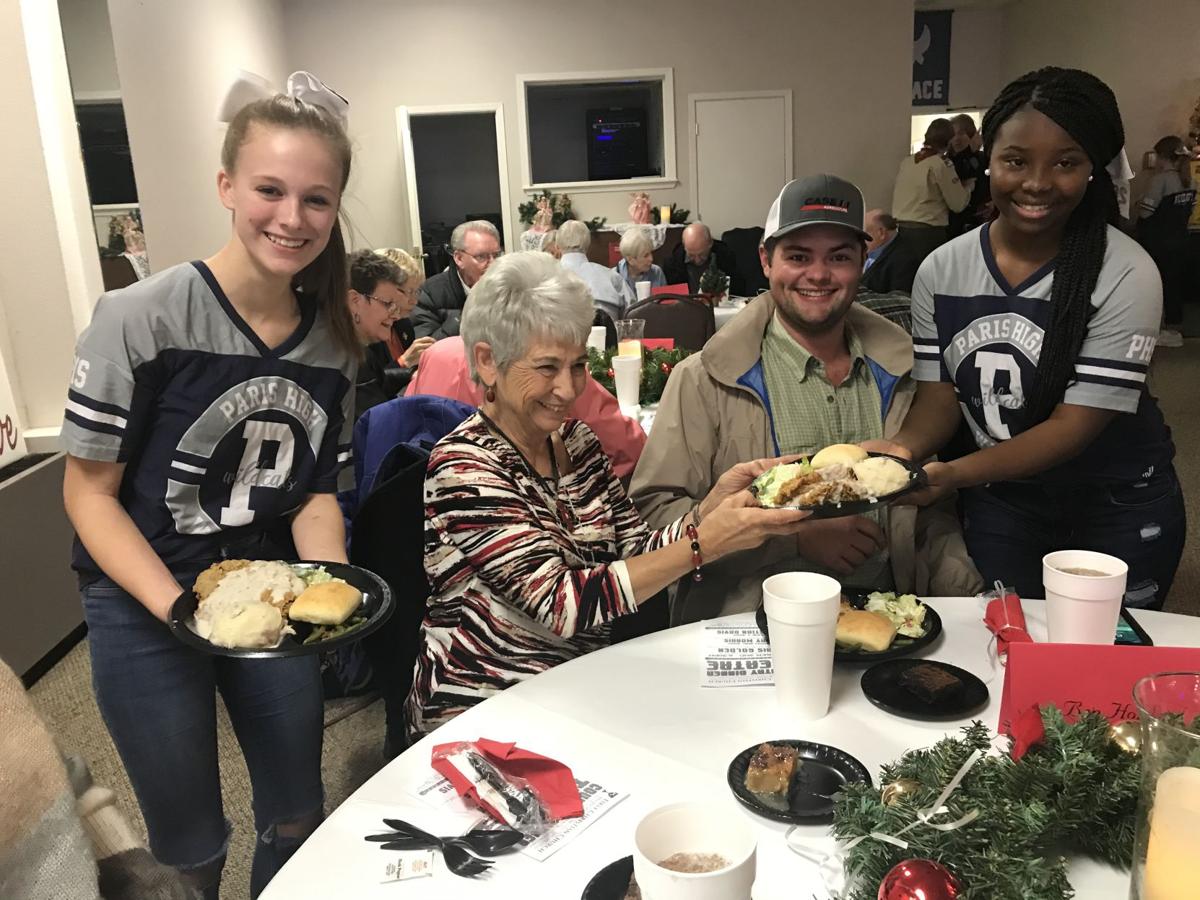 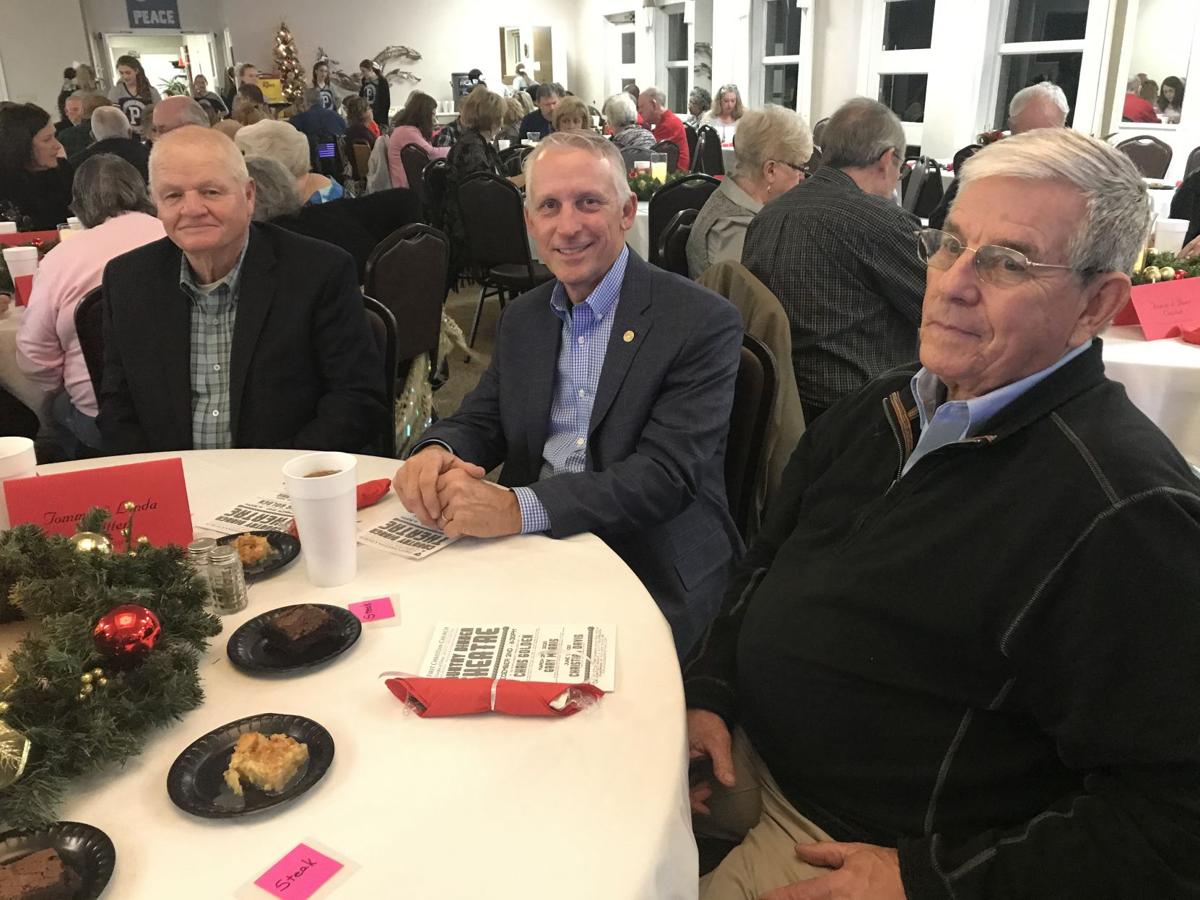 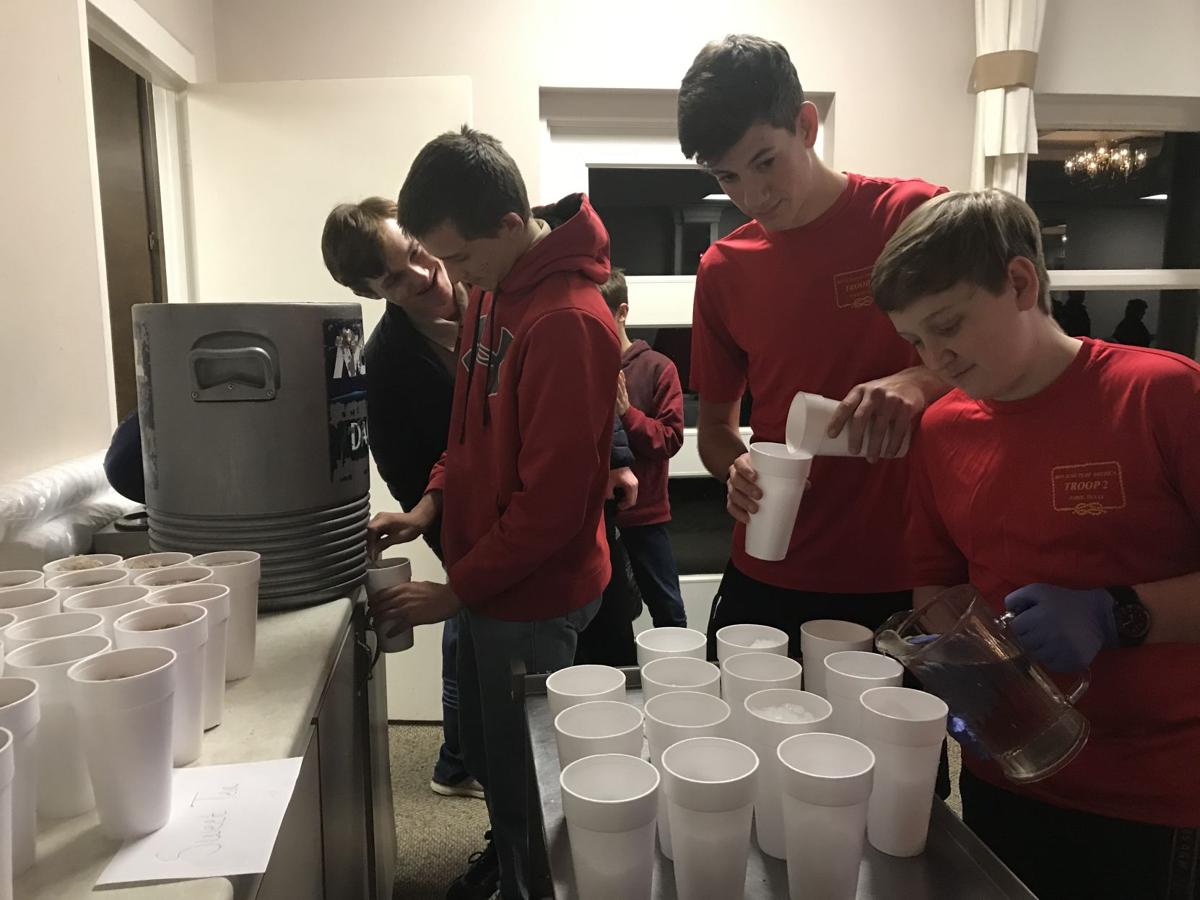 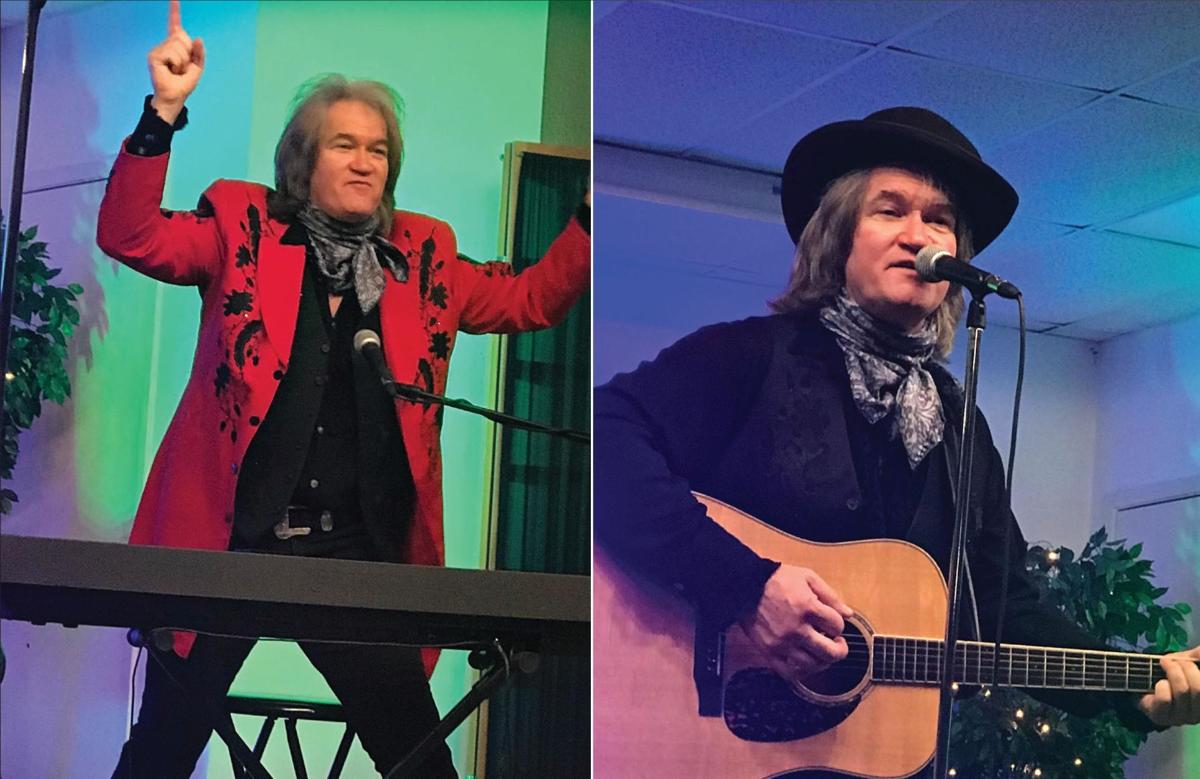 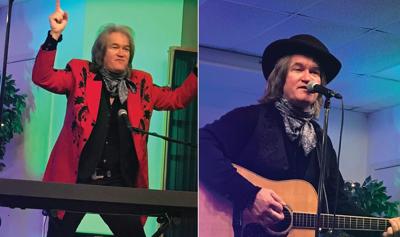 Award-winning Christian music artist Chris Golden ushered in the holiday season with songs and homespun commentary Monday night at the final Country Dinner Theatre of the year, and he promised to return next year for a third appearance.

The Nashville artist brought a mixture of his top hits, old time gospel favorites and Christmas songs to a sold-out crowd at First Christian Church. The son of Oak Ridge Boys William Lee Golden paid tribute to his famous father with a rendition “Thank God for Kids” dedicated to country music fan Richard Drake and all other fathers and grandfathers in the audience.

A star in his own right, Golden spent the rest of the evening sharing his musical talent as a receptive audience listened to him talk about his calling from the Lord to leave a successful 18-year career as a drummer with The Oak Ridge Boys to spread the message of God’s saving grace through song.

“I didn’t know I was going to be with them that long, but it’s hard to jump off a moving train,” Golden said, referring to “a spiritual experience.” He explained after a show in California a man came to him while was selling CDs and told him he needed to quit playing “for the guys who write your check” and for the people who come to listen to “the guys who write your check” and you need to start playing “for the guy who gave you the gift.”

“I’ve been out on this gospel trail for about five years,” Golden continued. “The blessings have just come to me. He promised he wouldn’t stop me if I put him first; so every time I touch an instrument, or sing, I am giving him the praise from here on.”

He has appeared at the Grand Ole Opry House, at Larry’s Country Diner and most recently on the Mike Huckabee Show.

Master of several musical instruments, Golden is as much at home with a guitar in his hand as he is at the keyboard, something long-time high school music teacher Neva Oats of Cunningham noticed.

“He makes fun of himself on guitar and piano, but he can play,” the music educator for the past 49 years said. “He’s a great entertainer, got the crowd involved and can do it all —sing, play and talk.”

“This was a really fun event and a great way to kick off the Christmas season,” said VanDeaver, who joined a table with longtime friends from his agriculture teaching days, Butch Milford of Paris High and local veteranarian Wally Kraft. “He is extremely talented, and I thoroughly enjoyed the evening.”

Fortenberry spoke about Golden’s gift as well as the community spirit demonstrated by the gathering.

“He is good, I guarantee you,” Fortenberry said. “I think this is great for our community to see so many from our church families from different denominations come together for a mutual cause.”

The dinner brought in roughly $3,000 to be used for Christmas sharing with needy families and for the feeding of the homeless, according to First Christian Pastor Barry Loving.

From a past dinner, Loving presented $1,000 awards to David Glass to be used for a church college scholarship fund and to Lamar County Sheriff Scott Cass for The $100 Fund to help with immediate medical needs of officers injured in the line of duty.

A meal of chicken fried steak and grilled chicken was prepared by Hole in the Wall and served by Troop 2 Boy Scouts and Paris High School cheerleaders.

Tickets are on sale for the next two Country Dinner Theatres featuring Grammy award-winning vocalist Gary Morris on March 2 and bass vocalist Christian Davis on June 1.