Starting at
$16.50 for 30 days
Get Started
View all rates
You are the owner of this article.
Edit Article Add New Article
You have permission to edit this article.
Edit
Home
News
Opinion
Be Heard
Sports
Classifieds
Obituaries
Customer Service
e-Edition
Paris Life
Reader's Choice
1 of 5 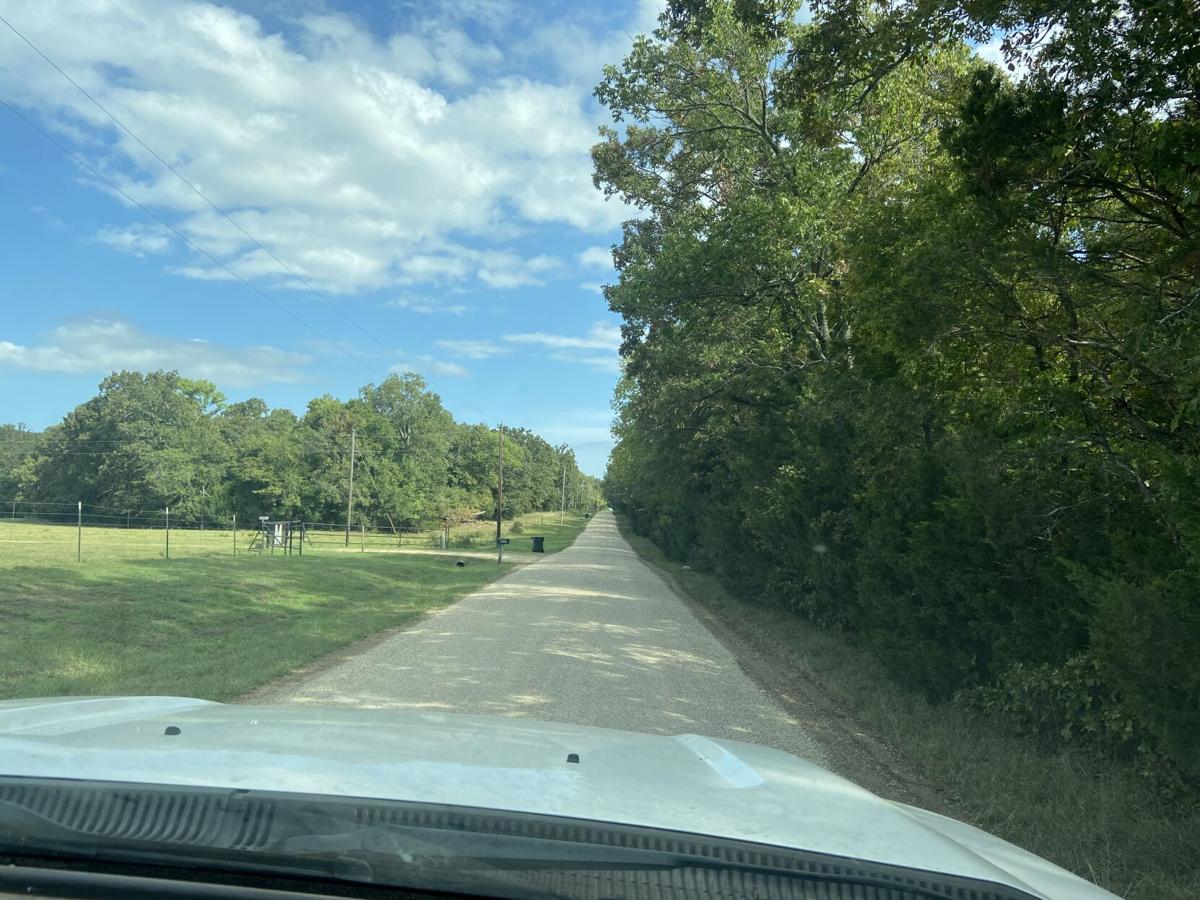 A recently completed Precinct 4 chip and seal on a rebuilt CR 33200 with a six-inch raised crushed rock base with proper drainage. 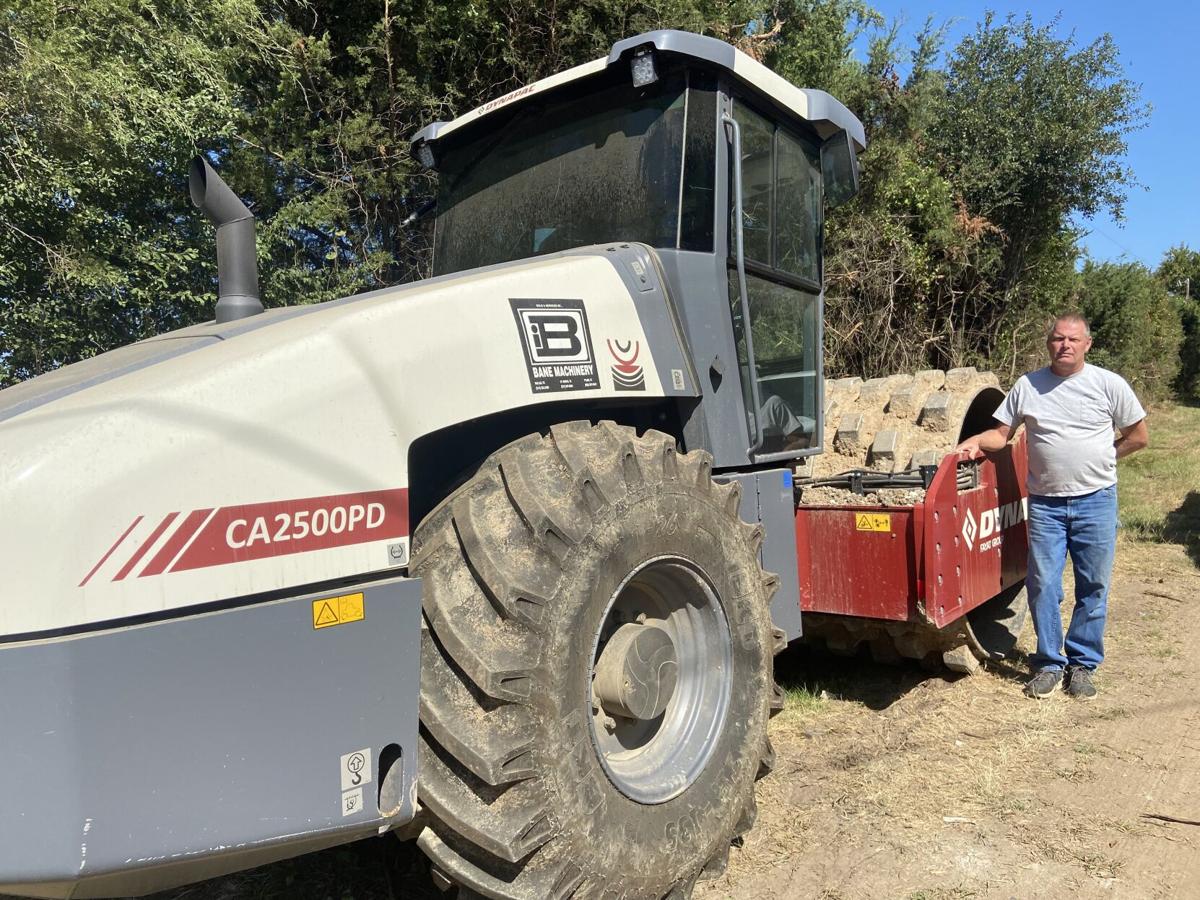 Precinct 3 Commissioner Ronnie Bass is pictured with a recently purchased packer, used to compress rock into a road base. 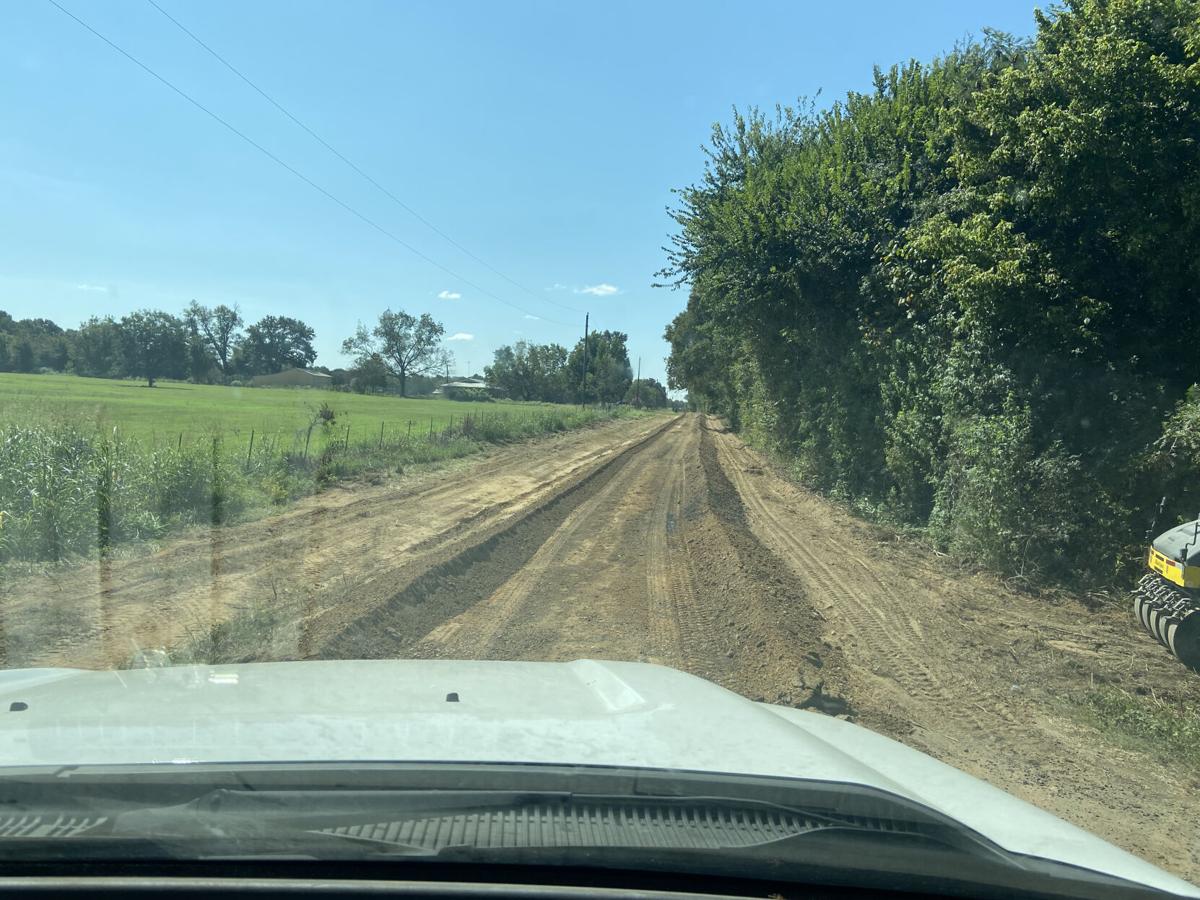 A worn road in Precinct 3 with no ditches, little base and culverts sitting above the roadway, which causes water to flood the road and to penetrate the oil base, ultimately deteriorating the roadway. 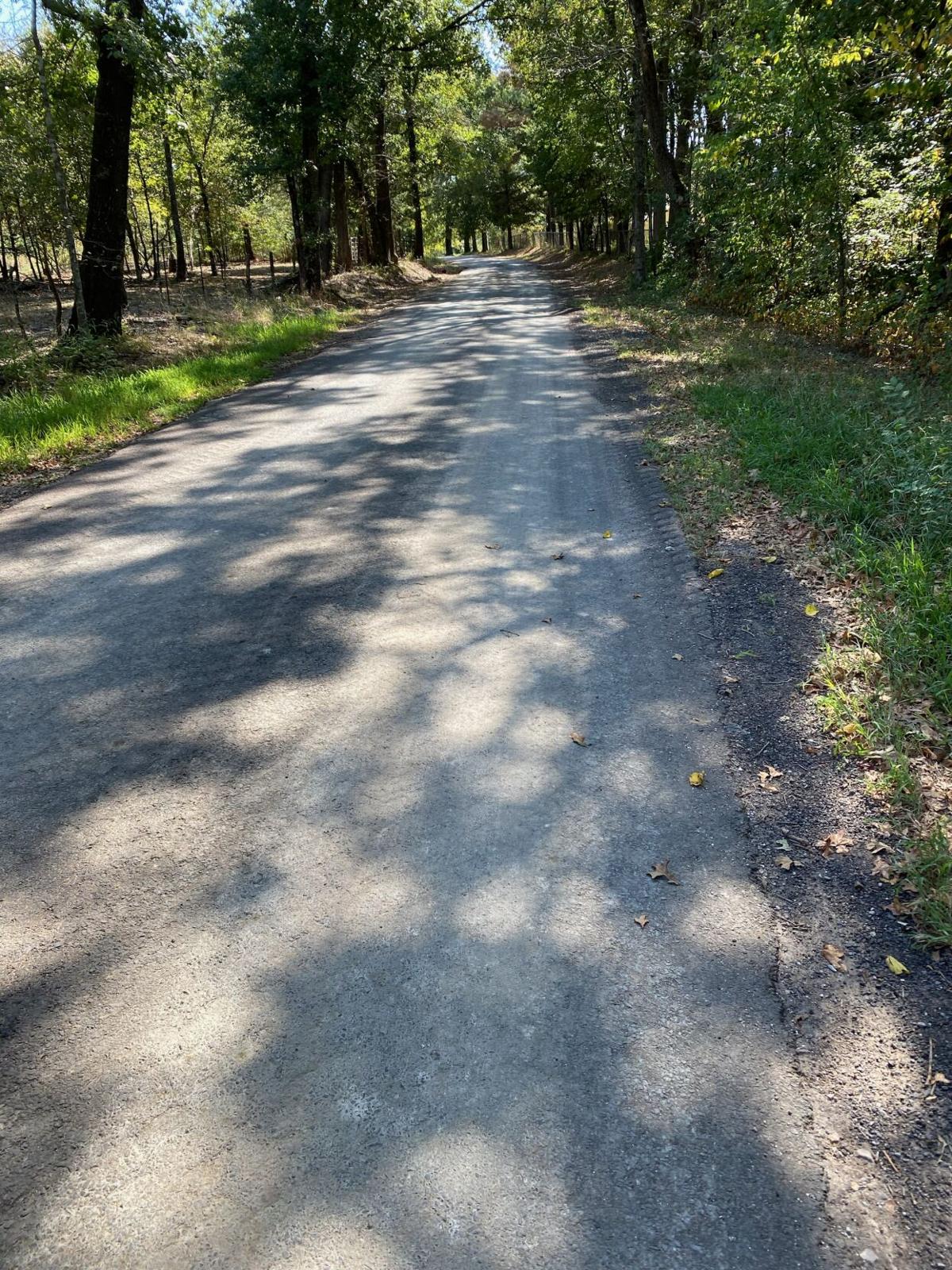 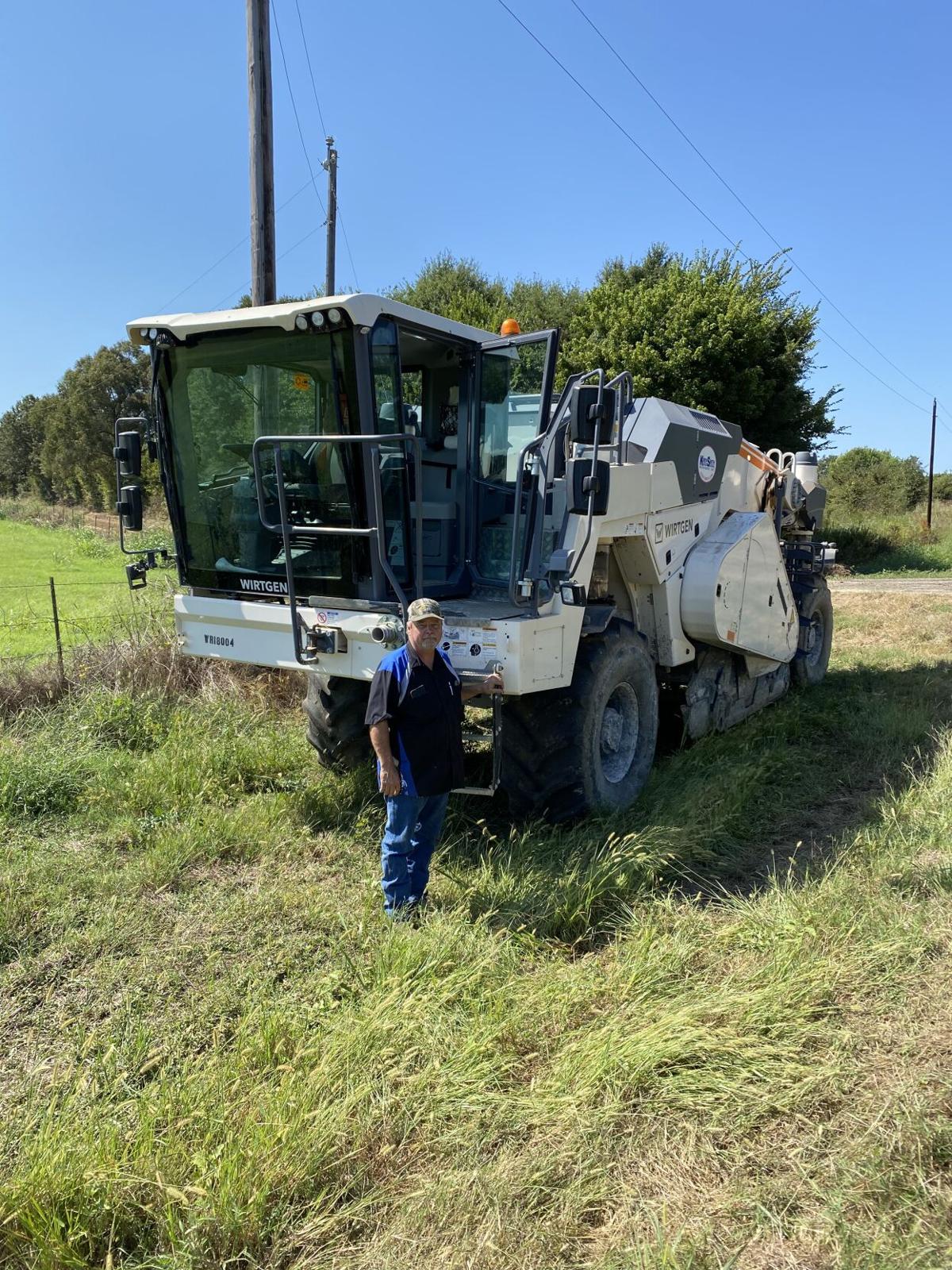 Precinct 3 Foreman Tim Hudson is pictured with a recently purchased reclaimer, necessary to grind out road surfaces before road crews can build a sustainable road bed.

A recently completed Precinct 4 chip and seal on a rebuilt CR 33200 with a six-inch raised crushed rock base with proper drainage.

Precinct 3 Commissioner Ronnie Bass is pictured with a recently purchased packer, used to compress rock into a road base.

A worn road in Precinct 3 with no ditches, little base and culverts sitting above the roadway, which causes water to flood the road and to penetrate the oil base, ultimately deteriorating the roadway.

Precinct 3 Foreman Tim Hudson is pictured with a recently purchased reclaimer, necessary to grind out road surfaces before road crews can build a sustainable road bed.

Made possible with borrowed funds, commissioners are in the process of rebuilding the 800-plus miles of roads in Lamar County one stretch at a time in an effort to stop the bleed caused by temporary patching of roads with substandard bases and improper drainage.

“It’s going to take time and the public’s patience, but we will eventually get there,” Commissioner Ronnie Bass said last week during a tour of roads now in the rebuilding process in Precincts 3 and 4.

The process is costly with chip rock at $400 a load plus the cost of hauling from Oklahoma, and oil used to seal the surface is $1,500 a load. In order to get the road surface higher than the water line, ditches must be cut and road bases built higher than existing roadways. Otherwise, water runs over roads, penetrates the oil base and causes rapid deterioration and the all-to- familiar potholes.

“And we’re doing all this, plus all the other work we do around the precinct, with six road hands,” Bass said.

He said before commissioners even thought of spending the kind of money and materials it costs for equipment to build a proper chip seal roadway, several commissioners toured Franklin County where crews were resealing an existing road that had not been touched in five years.

“We drove ahead of them, and there was not a pothole to be seen,” Bass said. “Their chip sealing program was working well.”

Traveling from north of Novice in Precinct 4 to near Sumner in Precinct 3, Bass noted the hundreds of new homes built within the last few years with new foundations going in all the time.

“It’s like this all over the county, and more people on the roads is going to require that we fix better county roads so that we’re not having to go back year after year fixing potholes,” he said as he explained commissioners are trying to prioritize roads for the chip seal program according to the traffic loads.

At a final budget hearing last month, commissioners talked in general about the increasing costs of providing passable county roads, and the manpower needed to get the work done.

“We’ve got the same number on our crews as 30 years ago, and I am having trouble just keeping up with the number of culverts we’re having to put in,” Commissioner Lonnie Layton said, adding he is overwhelmed by the growth in his precinct with a new subdivision in the far western part of the county and more growth expected.

Commissioner Kevin Anderson compared the road situation to that of a building contractor.

Bass said Road & Bridge needs to grow with the county to take care of people.

At the same meeting, Anderson proposed increasing road crews to seven workers and funding the increase by giving 0.005% more of the county budget to Road & Bridge, which currently receives roughly 20%, a move that would provide $220,000 for roads and enough for four employees.

Suggestions were put on the back burner for the current year budget with an indication from discussion that Road & Bridge funding would be a priority topic for next year’s budget discussions.

Lamar County Commissioners' Court increased the final 2021-22 budget to $25.6 million, a $2.6 million increase over the 2021 budget and passed a 36.08 cent tax rate at a final public hearing earlier this week.