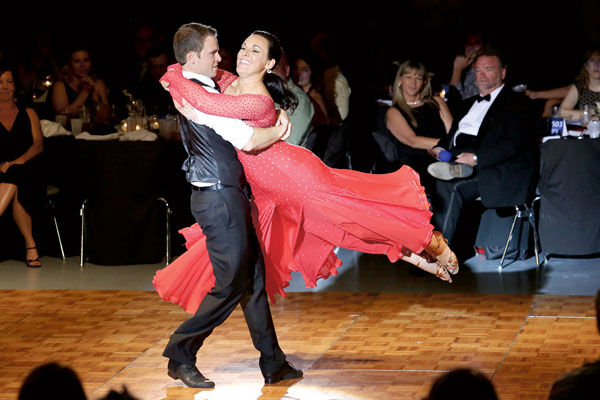 Amy West glides through the air as Clay Flippen spins her around the dance floor during the Dancing with the Stars event at Love Civic Center. The annual event was sponsored by Leadership Lamar County and benefitted the Red River Valley Down Syndrome Society’s REACH Center. 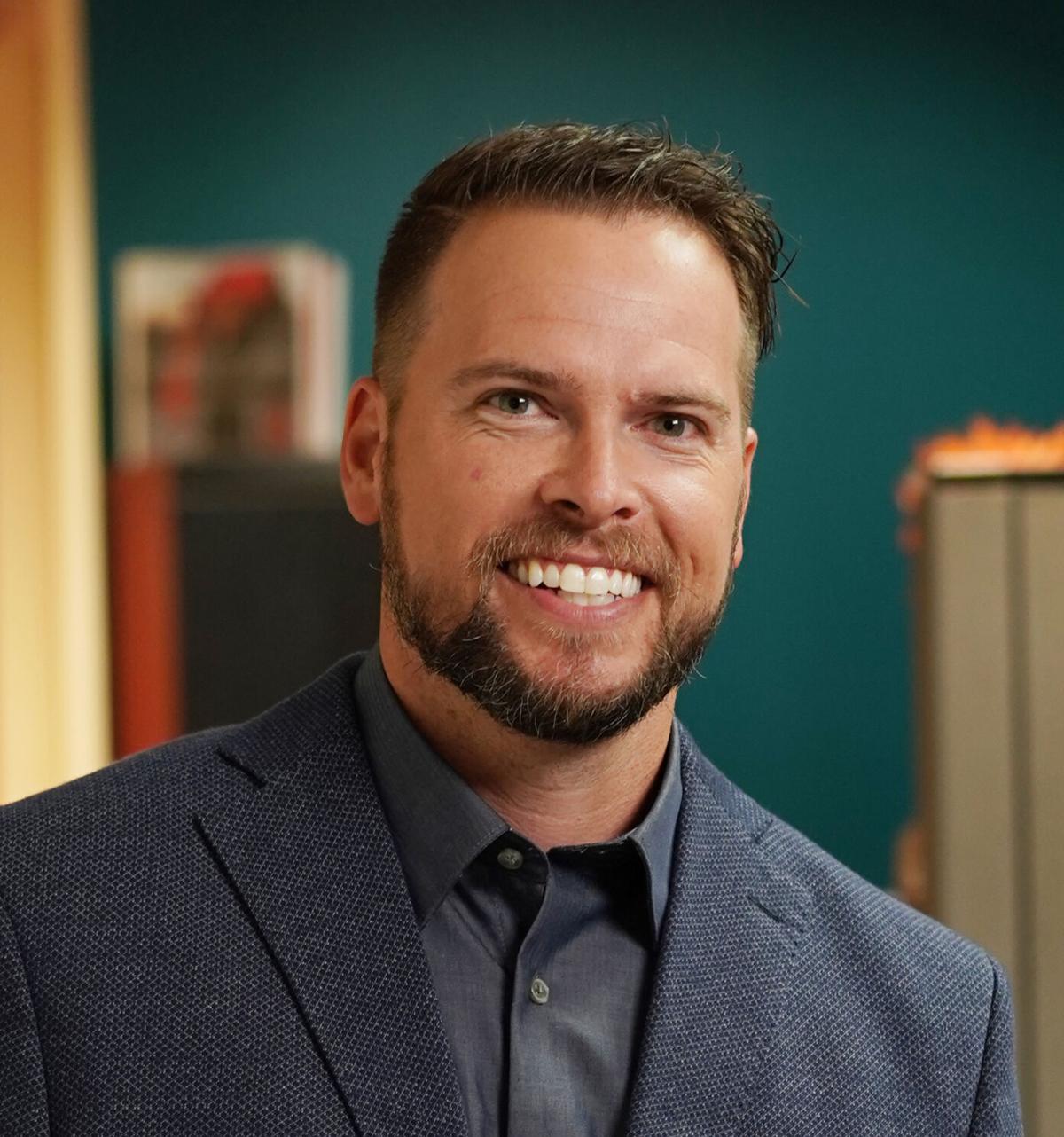 Reno resident Cayton Flippen is on TV, as a contestant on ‘Guy’s Chance of a Lifetime.” The food industry professional and business developer is competing for a change at a franchise opportunity with celebrity chef Guy Fieri’s restaurant empire. 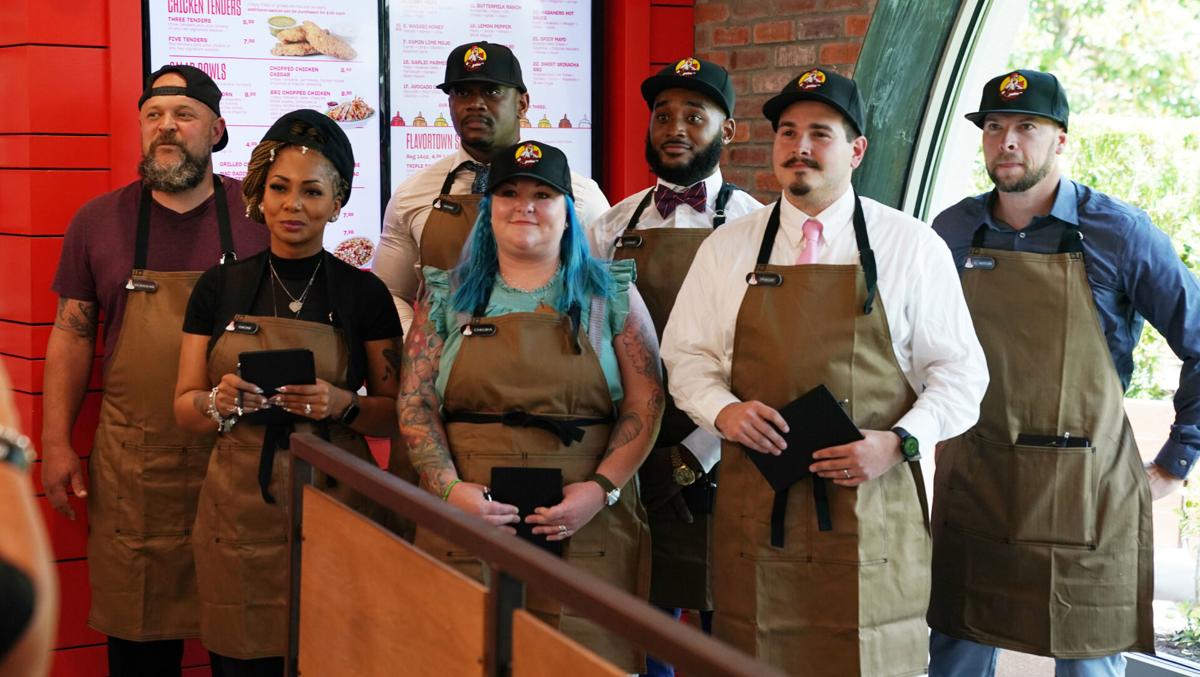 Amy West glides through the air as Clay Flippen spins her around the dance floor during the Dancing with the Stars event at Love Civic Center. The annual event was sponsored by Leadership Lamar County and benefitted the Red River Valley Down Syndrome Society’s REACH Center.

Reno resident Cayton Flippen is on TV, as a contestant on ‘Guy’s Chance of a Lifetime.” The food industry professional and business developer is competing for a change at a franchise opportunity with celebrity chef Guy Fieri’s restaurant empire.

Cayton Flippen, of Paris, is back on TV, and this time, he is chasing his dream.

The 35-year-old Reno resident was a contestant on CMT’s “Redneck Island,” in 2012, eliminated just shy of the finals of the “Survivor”-esque show. Since then, he has been busy, working as a business development consultant for Performance Food Services, participating in local non-profit fundraisers, building/selling custom homes, running a food truck and growing a family with his wife, Kim.

“That first show was a fluke,” Flippen said. “I never knew exactly how they got my name. When it was over, I decided I wouldn’t do that again, unless it was a cooking show. Over the years, I have kept up with some of the casting companies that seek out contestants for TV shows and last summer, I saw a call for a show called ‘Guy’s Chance of a Lifetime,’ and I said, ‘Hmmmmm?!...”

The show, hosted by celebrity chef and restaurant entrepreneur Guy Fieri, is billed as a “high-stakes job interview” resulting in a franchise opportunity with Fieri’s “Chicken Guy!” chain. Flippen said he called a friend who makes videos and in very short order they had filmed an audition tape and submitted it.

“I’m a performer. I love to Tik Tok with my girls, so performing in a video is nothing new,” he said. “Two days later I got a call. They said Guy Fieri saw the video and wanted me on the show.”

Flippen said he really wanted to go, but his life was very full at the moment.

“I had just bought a diner — my first restaurant in what I hope will be chain; we had just sold our house and were living with family; we were building custom homes; plus my 50-plus-hour a week job,” he said. “Plus, at that time, I was covering someone else’s job while they were on vacation. I was committed; I didn’t want to let anyone down. If Guy hadn’t called me personally the night before they were set to begin filming, I wouldn’t have gone.”

“It was a hard decision, but my kryptonite is chasing dreams,” Flippen was recorded saying in the first episode, which aired last Sunday.

Flippen said after he talked to Fieri, he had an hour to pack a bag and leave for the airport to make a flight to Orlando, Florida, and rushed to the filming location as soon as he landed, to find filming had already begun.

Filming for the five episodes of the show took about a month, Flippen said, with “some downtime” along the way. When they were filming, the cast and crew put in long, intense hours, as demonstrated by the first hour of the show.

After several hours of interviews, the seven contestants were bundled down the street to a “Chicken Guy!” location, issued hats and aprons and name tags, introduced to the working of the restaurant's service line and put to work during a busy lunch rush. As they rotated between stations, each contestant was intensely scrutinized by the host himself, who offered occasional suggestions.

“Not one of them cracked,” said Fieri.

Flippen said they were told there would be no eliminations in this contest, that each contestant — unless they made the decision to bow out themselves — would be here until the end of the show. In the first episode each contestant was awarded payment for their “show wallet.” Flippen received $500; others received either $1,000 or $250.

After a long delayed meal from the “Chicken Guy!” menu, the contestant were issued a large amount of material on the operation of the restaurant and told to learn it, before returning to the franchise to help with the clean up.

Flippen said he sees part of what he is doing on the show as “selling Paris, Texas, to “‘Chicken Guy!’”

“I love Paris, Texas. I think “Chicken Guy!” would do amazingly well in Paris, because I don’t plan to relocate.”

“I may not be the fastest worker on the line but that is not what they are looking for on this show,” said Flippen. “They are looking for someone who can run a successful restaurant business, and I’ve worked in the food industry all my life. I’ve studied it since I was 12 years old.”

The Flippens have two daughters, age 10 and 7, and are expecting another child, a boy, in March.

New episodes of “Guy’s Chance of a Lifetime” air at 8 p.m., Sundays on The Food Network through Jan. 30. Tonight’s episode starts with a bang, as one contestant decides they can’t commit to the competition and Guy drops a pop quiz on those remaining.

Follies comedy is this week